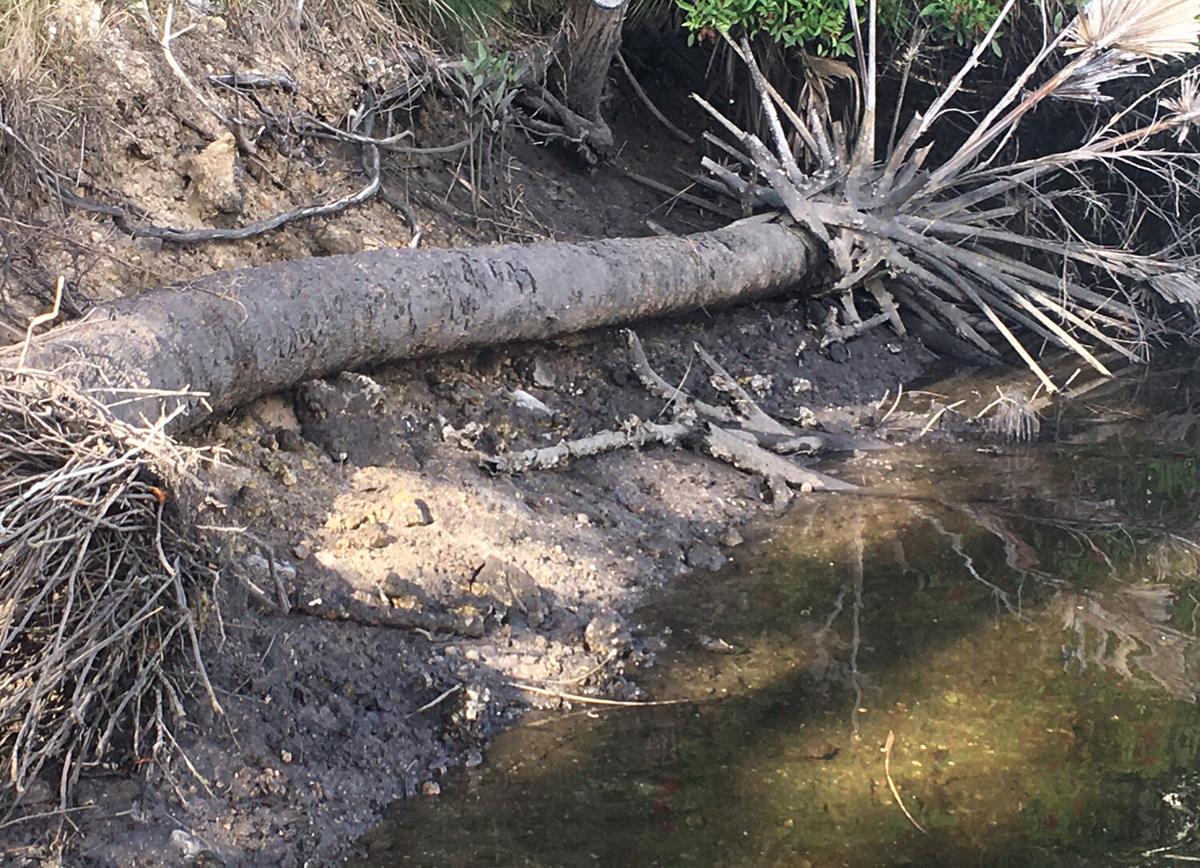 This fallen palm tree is a potential snook magnet. The negative low tides of January provide an ideal opportunity to discover hidden features like this. 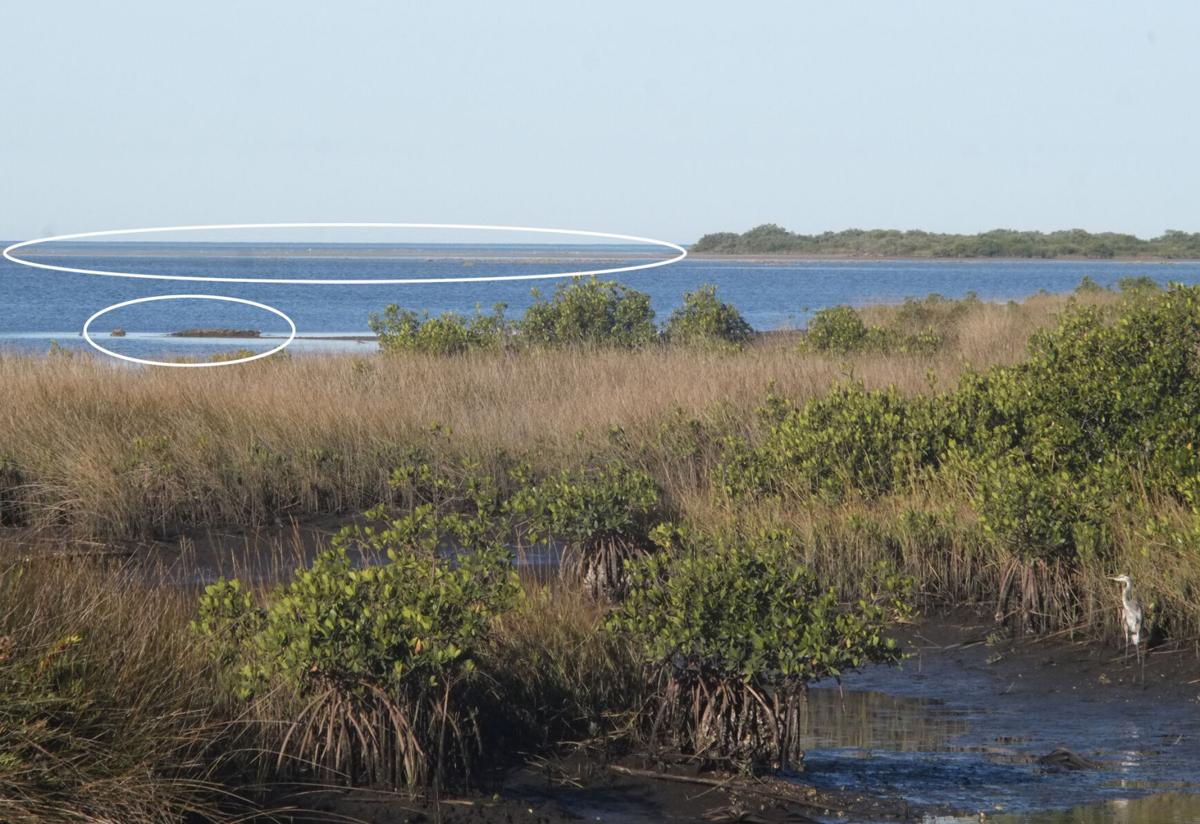 Looking out over a flat from shore during a negative-low tide, oyster bars ordinarily hidden can be discovered. Knowing they are there comes in handy later when fishing, as well for safer navigation when motoring.

What do inshore and flats anglers need to know to catch more fish? Many things, of course, but one of the most important is having good fishing spots.

What most don’t realize is that good spots can be found without ever wetting a line, and January is the month to find them.

Some may be familiar with the “Drain the Ocean” documentary series aired on the National Geographic channel. The program provides a fascinating look at what the ocean bottom looks like sans all the water, and is meant to educate viewers about all the things normally hidden by the sea.

We’ll be seeing extra-low tides throughout January, so anglers have a unique opportunity to educate themselves and use the information they learn to add to their collection of good fishing spots.

Winter low tides mean wide expanses of Gulf bottom along the coast will be exposed that would be hidden most of the year. Toward the middle of the month, some of the lows will be more than negative-1-foot, exposing bottom features like rocks, oyster beds or submerged structure like fallen trees or sunken boats that may never be seen during the low tides most of the year. These extreme lows also reveal the holes, cuts and channels of deeper water, providing good intel to be used in later fishing. Just take to the water with pencil, a notepad or chart to mark up.

The information learned while exploring during these lows also comes in handy for safer navigation. Many a local angler has been stunned to learn during a super-low tide just how many rocks lay on the bottom of an area they routinely motor through at full throttle.

And speaking of rocks, when exploring by boat during extreme lows, it’s important to move along slowly. Having a spotter at the bow to warn of shallow water or obstructions is best. The idea is to stay deep enough to avoid running aground, scanning the terrain and noting what you see. Good old-fashioned mapping, noting compass bearings, alignments with channel markers, buildings on shore, natural points, large trees or signal towers, as well as spoils or bars along with estimated distance to features of interest is the drill. Saving GPS coordinates ensures anglers can return to the spot where the alignment notes were made. A photo snapped from a known GPS point and later used as a reference from after returning to the same point can be very helpful.

Binoculars are important, as vast expanses of shallows may be between you and the bottom you are surveying. Binoculars with rangefinders and compasses built in are the ultimate tool for the job.

Features to note include natural channels running into open water from creeks, which often extend well out from a creek’s mouth. These channels are highways fish travel or congregate along when tides are low.

Potholes and deep depressions should be recorded. On very low tides, these pockets of deep water will appear as puddles or ponds amidst the surrounding bottom. If significantly deeper than the surrounding flats, these holes can be fish magnets during the heat of summer, when the added depth provides cooler water that attracts fish. These spot also are safe places for fish to wait out a low tide. A particularly deep hole in the cooler months can be packed with fish trying to avoid the chilly shallows surrounding it.

Oyster bars and rock fields are great for attracting a wide range of fish species. Many more are exposed during the extreme winter lows than would be visible on ordinary low tides, so be sure to note these.

The time spent exploring and expanding your knowledge of your home waters is well worth it.

There’s nothing quite like being able to approach an expansive, flooded flat and knowing that over there is a submerged oyster bar that could be holding a school of redfish, over that way is an 8-foot-deep depression that could be stacked with sea trout, and off to the left is a dangerous pile of limestone boulders to steer clear of.