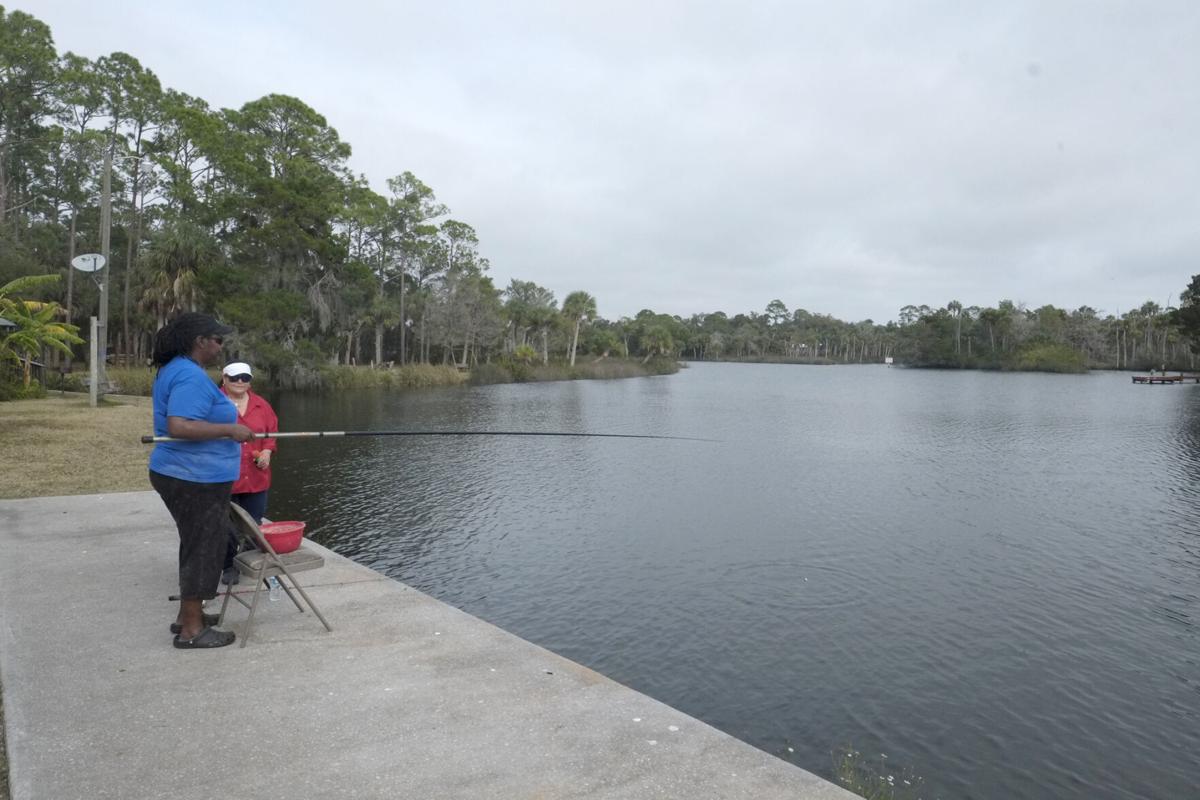 These mullet anglers fishing at Mary’s Fish Camp this week are using a long, cane-pole-style rod that’s favored by most. On the end of the line is a tiny hook under a float. An occasional handful of chum that includes oatmeal is tossed around the float to attract the mullet, which are vegetarians. The spring that flows into the Mudd River where they are fishing is just around the bend in the background. 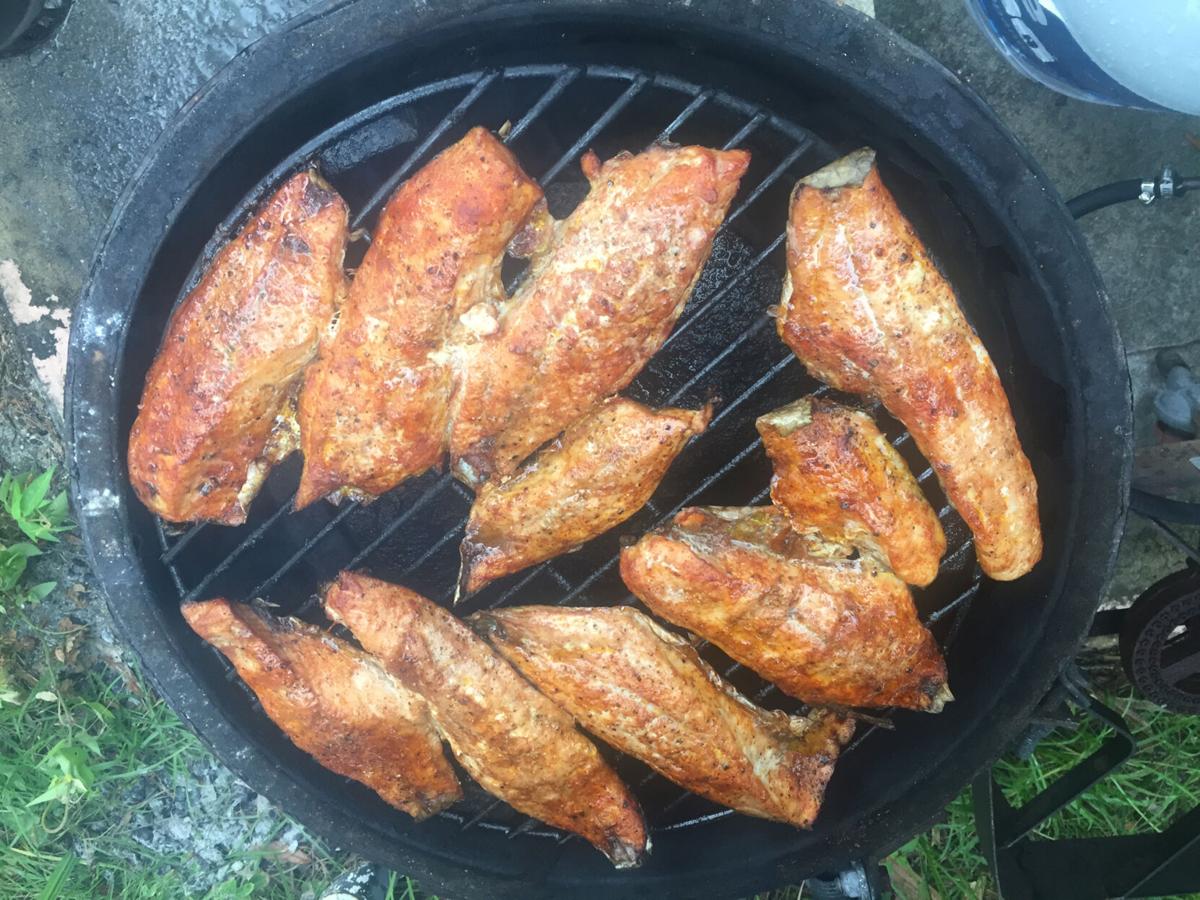 These mullet fillets are about ready to come off the smoker. The mullet is a favorite for smoking, as the rich oil content of the species keeps the meat moist during the long smoking process.

The mullet fishing is “just great,” according to the folks over at Mary’s Fish Camp, a historic camp on the spring-fed Mudd River, which flows to the Weeki Wachee River.

Each year around this time, mullet school in large numbers along the seawall at Mary’s general store and bait shop, where everything one needs to catch mullet by hook and line is sold. They even have a weekly mullet contest and the leaderboard outside keeps everyone to date on the biggest one recorded.

Wait, back up you say; mullet on hook and line?

That’s right. While few realize it, cast nets and seines aren’t the only way to catch these leaping vegetarians.

Mullet may not look twice at a shrimp but are keen to bite a little dough ball on the point of an equally tiny, light-wire hook. It’s old-school, Florida cracker fishing, as anglers sit in their lawn chairs behind the rustic little store, long cane-type poles with no reels extended out over the river. Splashes are heard from time to time, as anglers toss a fistful of chum to attract the mullet to the bait. Made of oatmeal, a little water for glue and a few other secret ingredients, the chum bits sink around the baited hook, which looks a lot like the falling chum. Next thing you know, the cork on the end of the line is pulled under and the battle is on.

They’re not up there with a bull redfish or a snook, but pound-for-pound, mullet are pretty strong and put up a good fight. Once hooked, anglers heave their long rods in the air, swinging the fish onto the lawn, where it is unhooked and tossed into a waiting bucket.

Most veteran hook-and-line mullet anglers say the secret to success is the chum. One longtime Mary’s fisher named Rod has his own concoction that’s so effective, he doesn’t even use bait — just a bare hook to catch his mullet. As long as the hook is dangling amidst the cloud of falling chum, a mullet will mistake it for one of the bits and take it, he says.

The mullet congregate in greater numbers in the Mudd River December through February when Gulf temperatures drop into the 50s and 60s, as the spring water feeding into the river is at 72 degrees, creating a warmer, more comfortable environment for the cold-blooded fish. Mullet aren’t the only species drawn into the river in winter, and anglers also catch plenty of mangrove snapper, sheepshead, along with the odd redfish and snook.

Mary’s has RV camping, cabins for rent, as well as primitive tent camping. It is a popular launching point for kayakers who paddle the scenic river downstream to the Weeki Wachee River.

There’s an admission charge to fish from shore at Mary’s that anglers are happy to pay. Rates are online at www.marysfishcamp.org.

Mullet are great on the table when prepared properly. An old Florida cracker favorite is mullet fried in seasoned cornmeal. Because the meat is rich in oil, they are ideal on the smoker, as the meat stays moist during the typically long cooking process.

Females with roe are common this time of year, and many enjoy frying and eating the egg sacks, though for many mullet roe is an acquired taste.