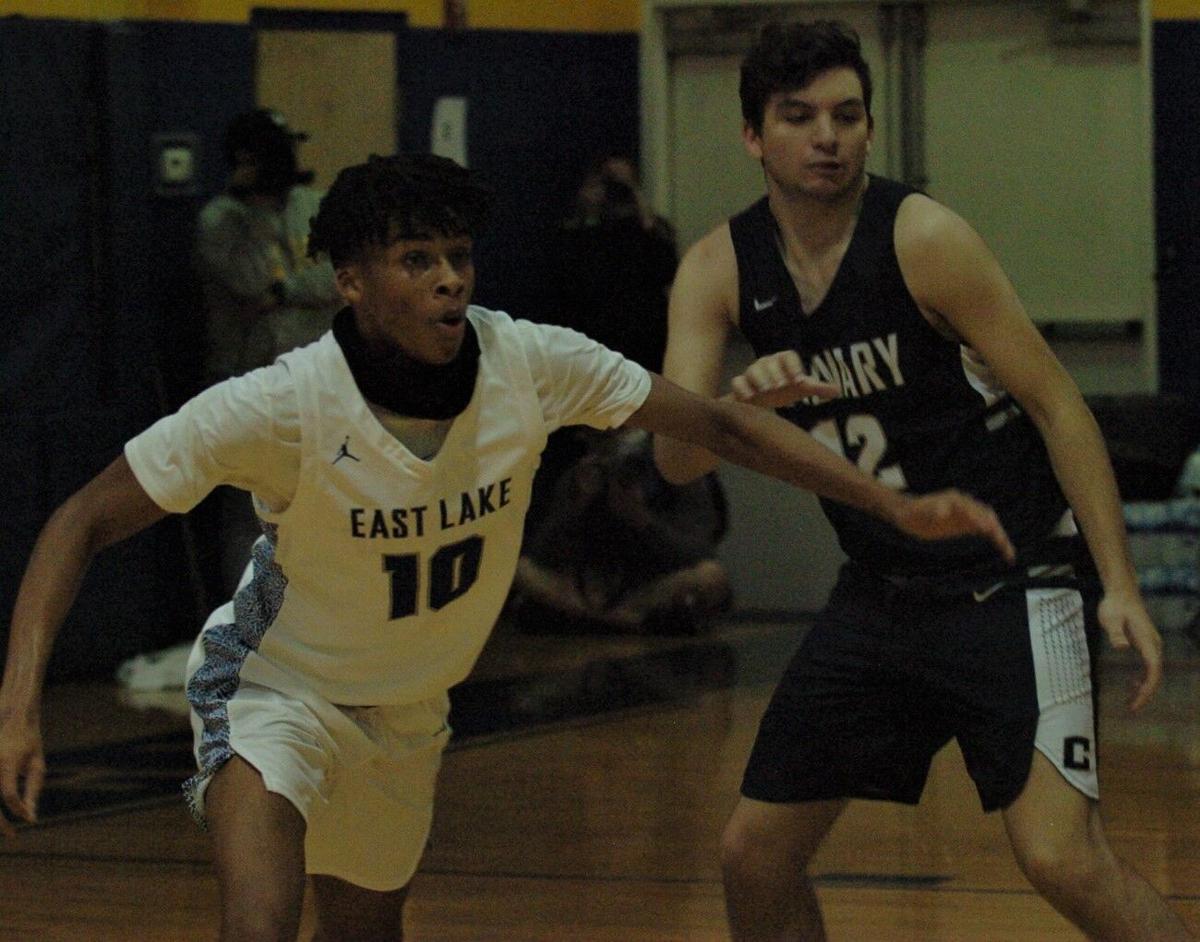 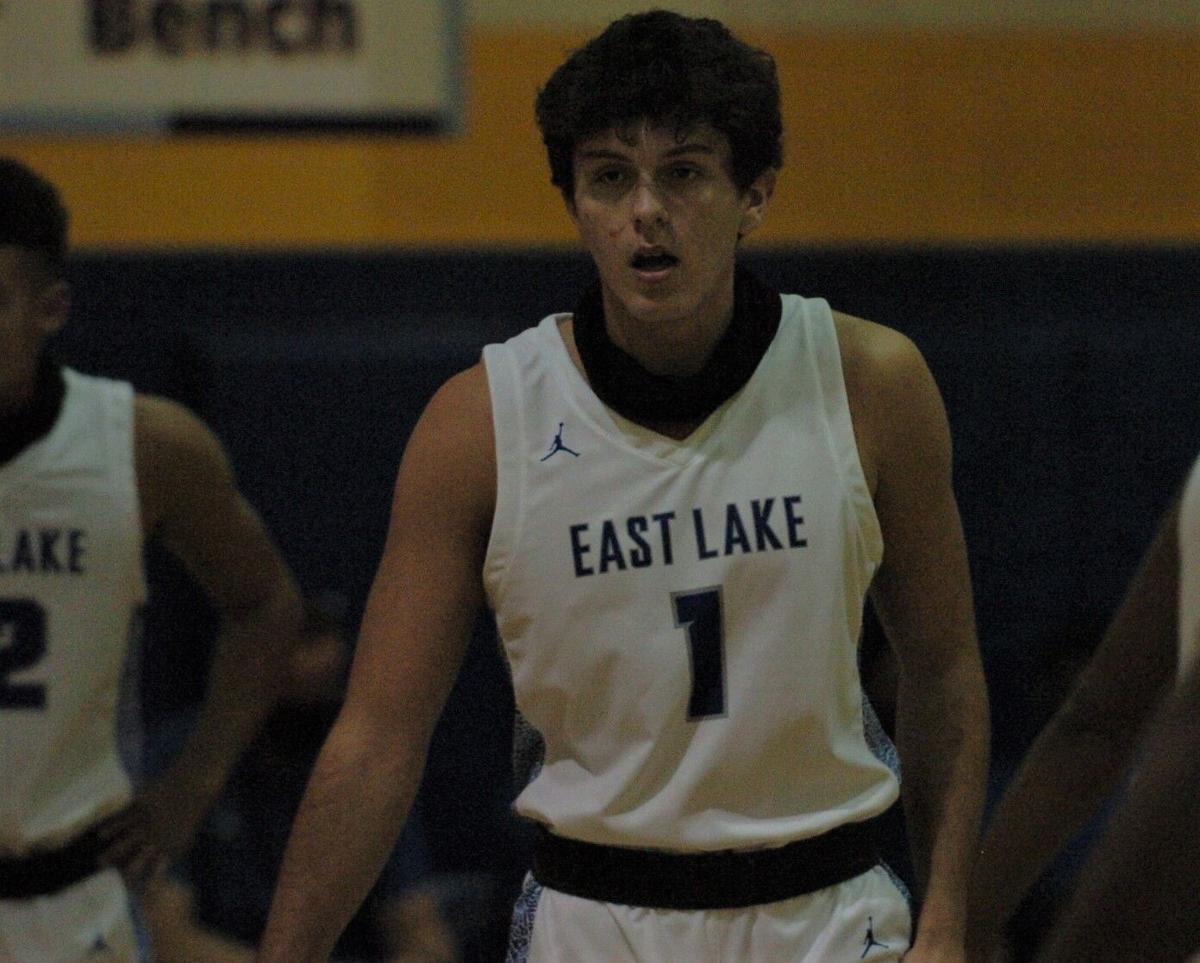 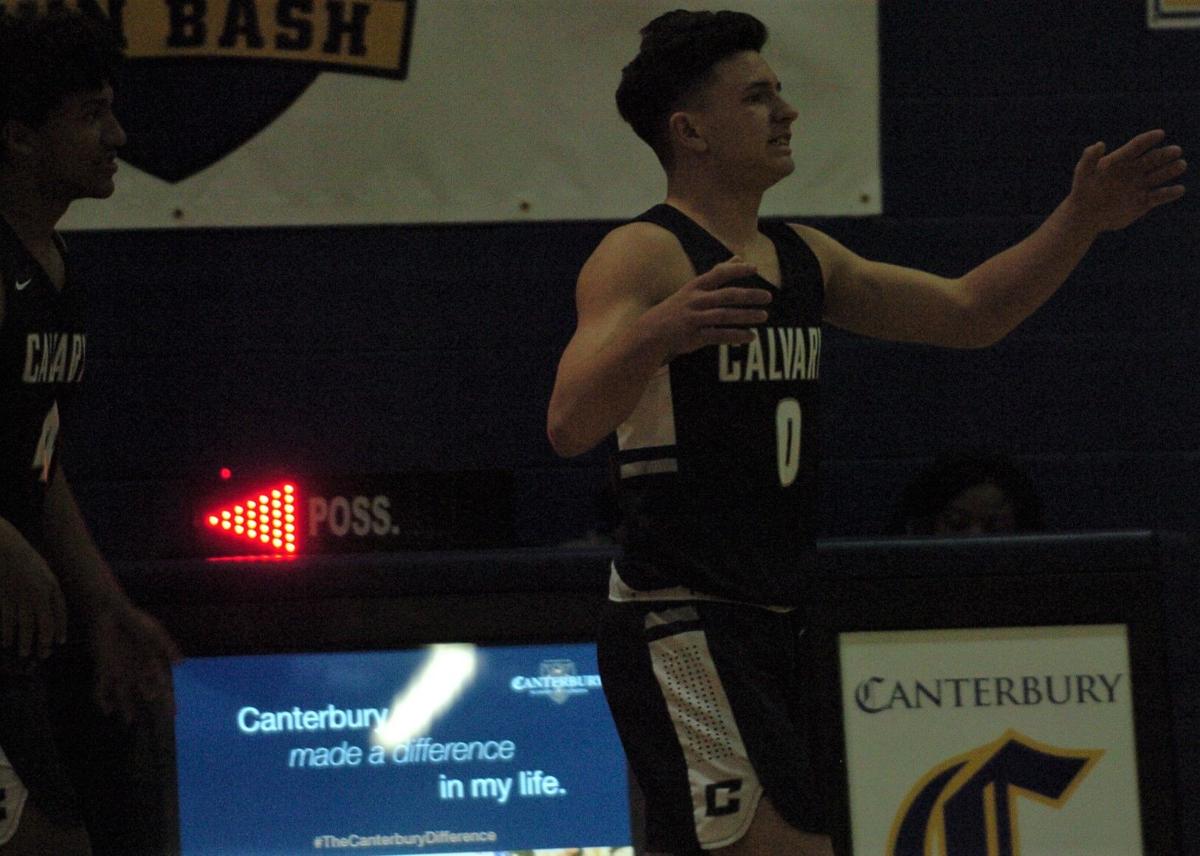 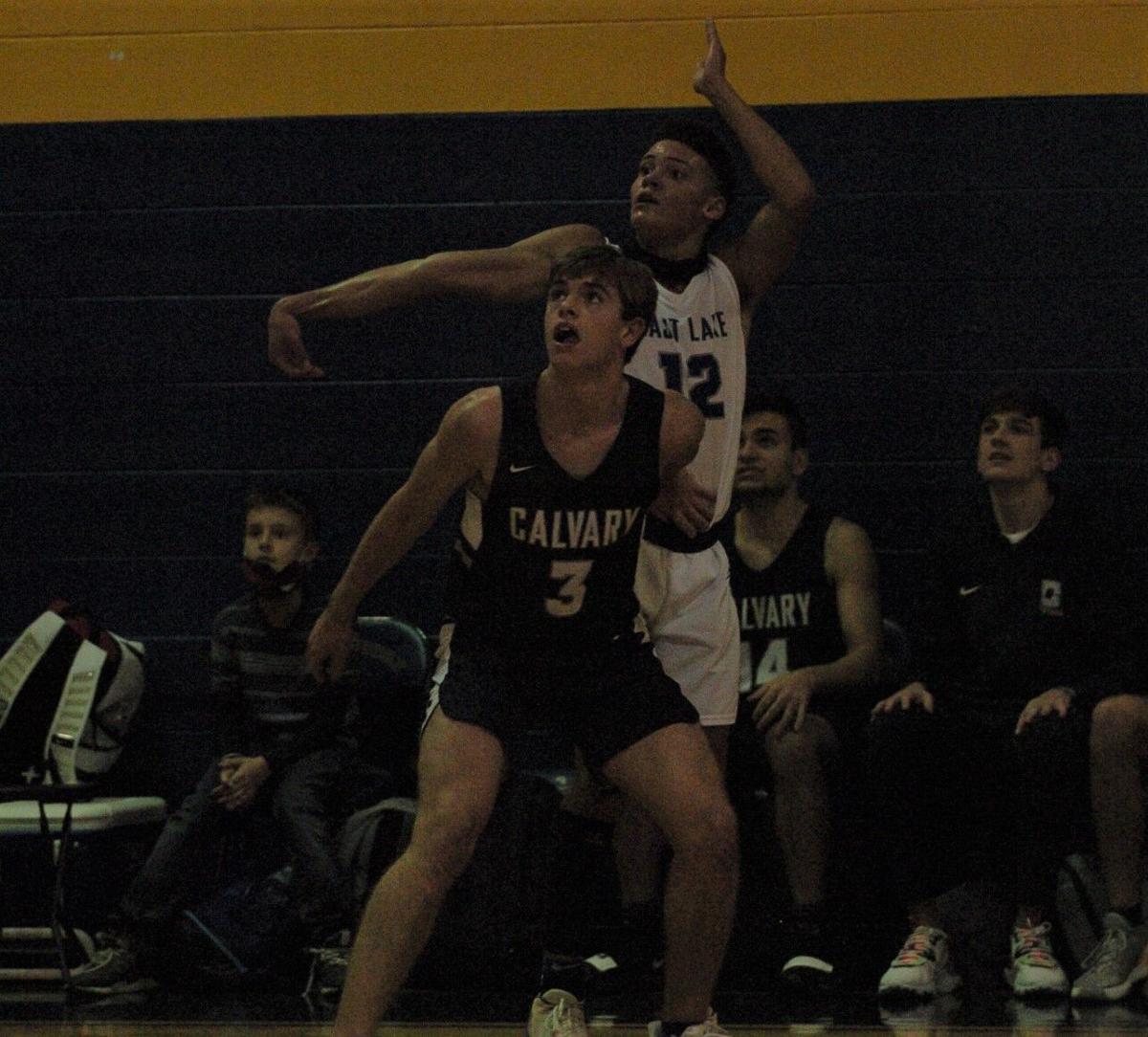 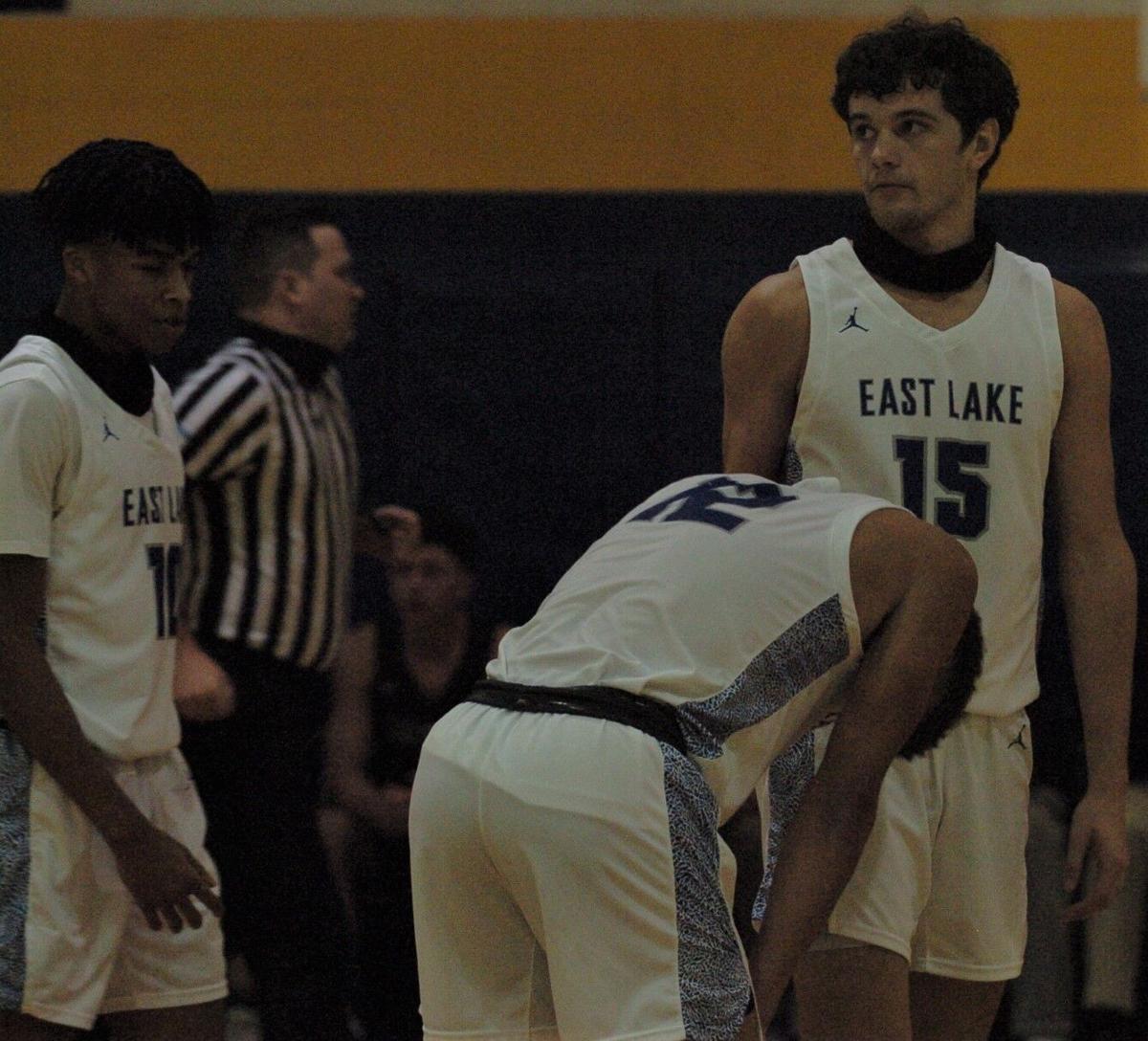 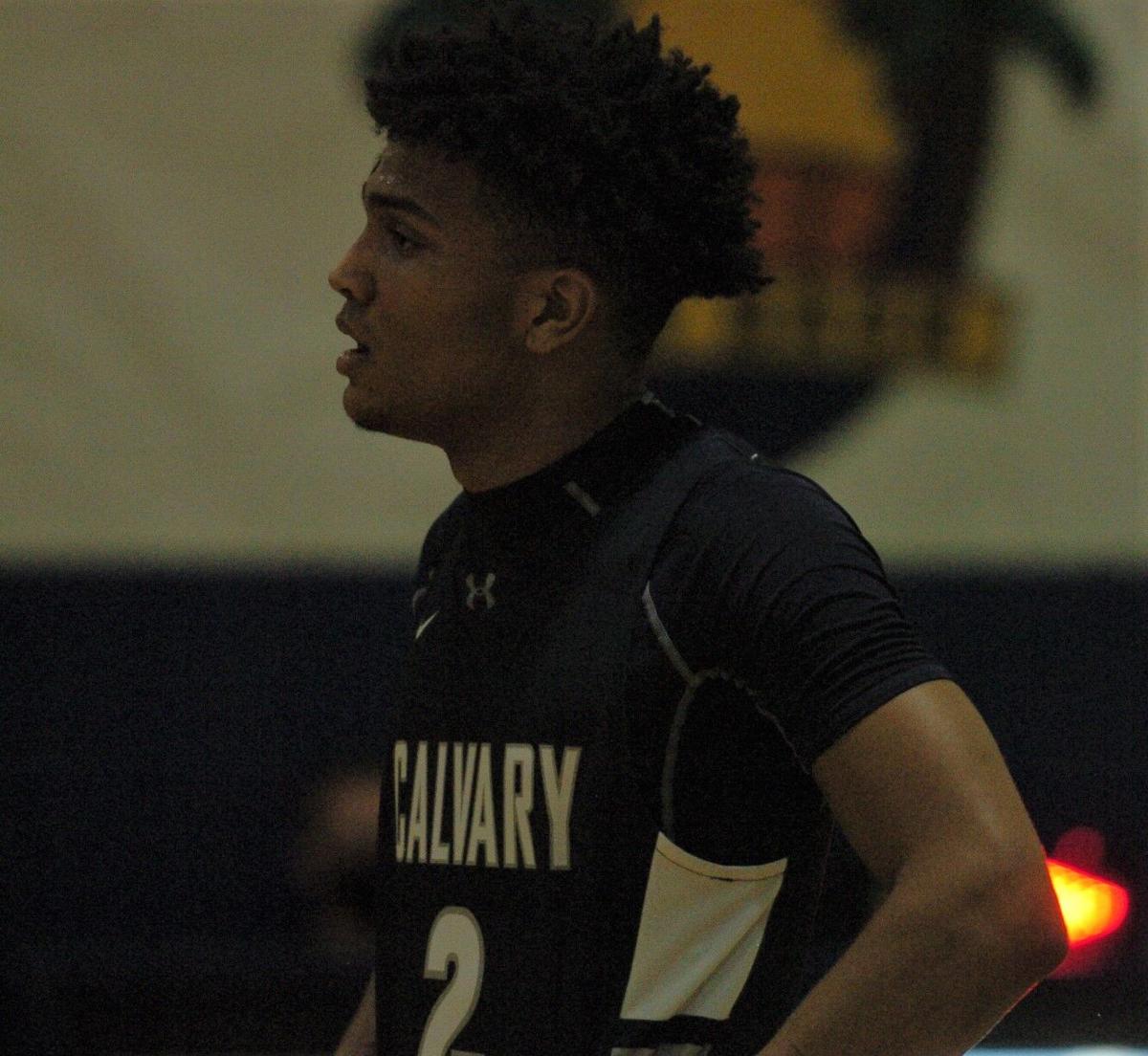 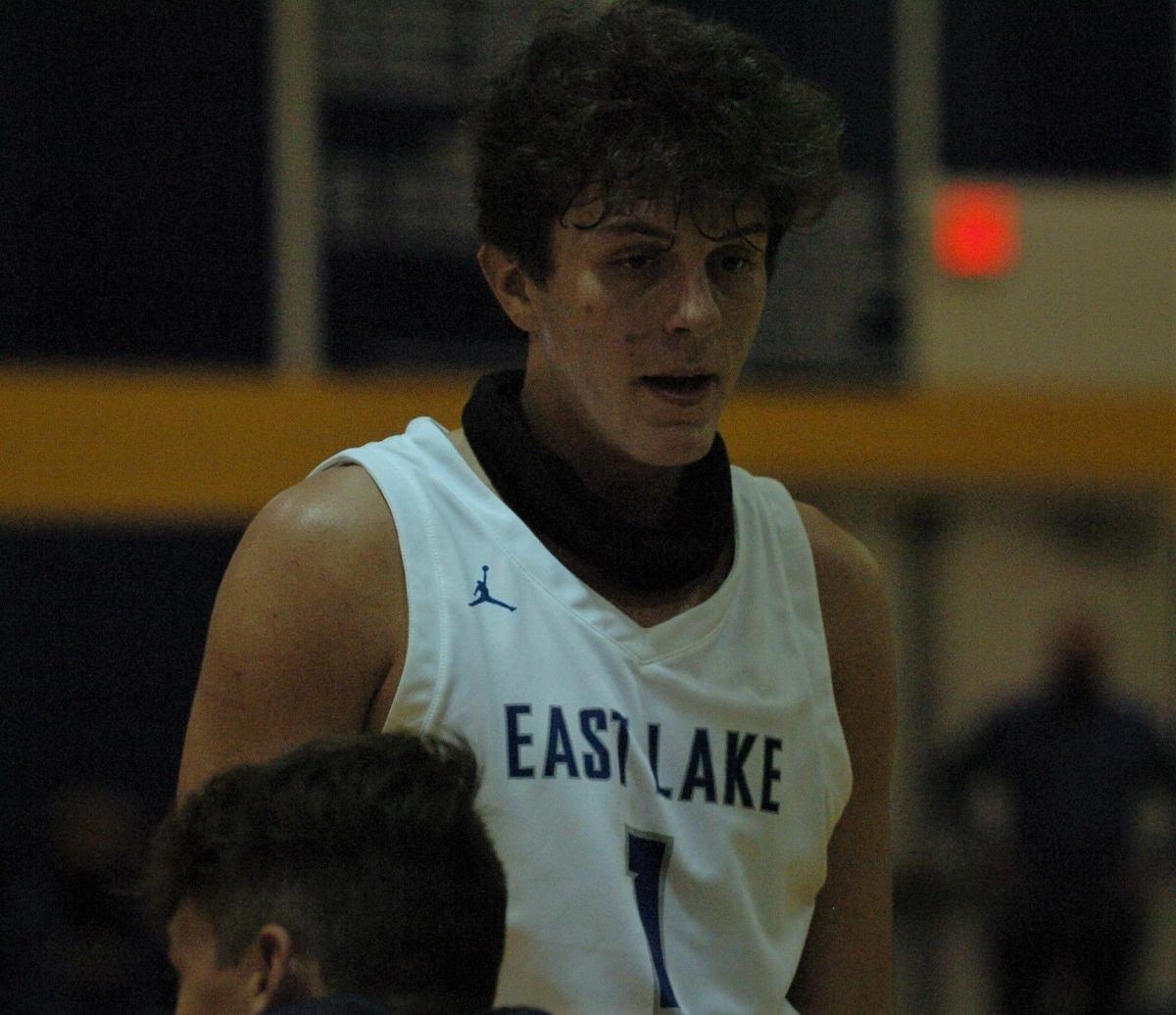 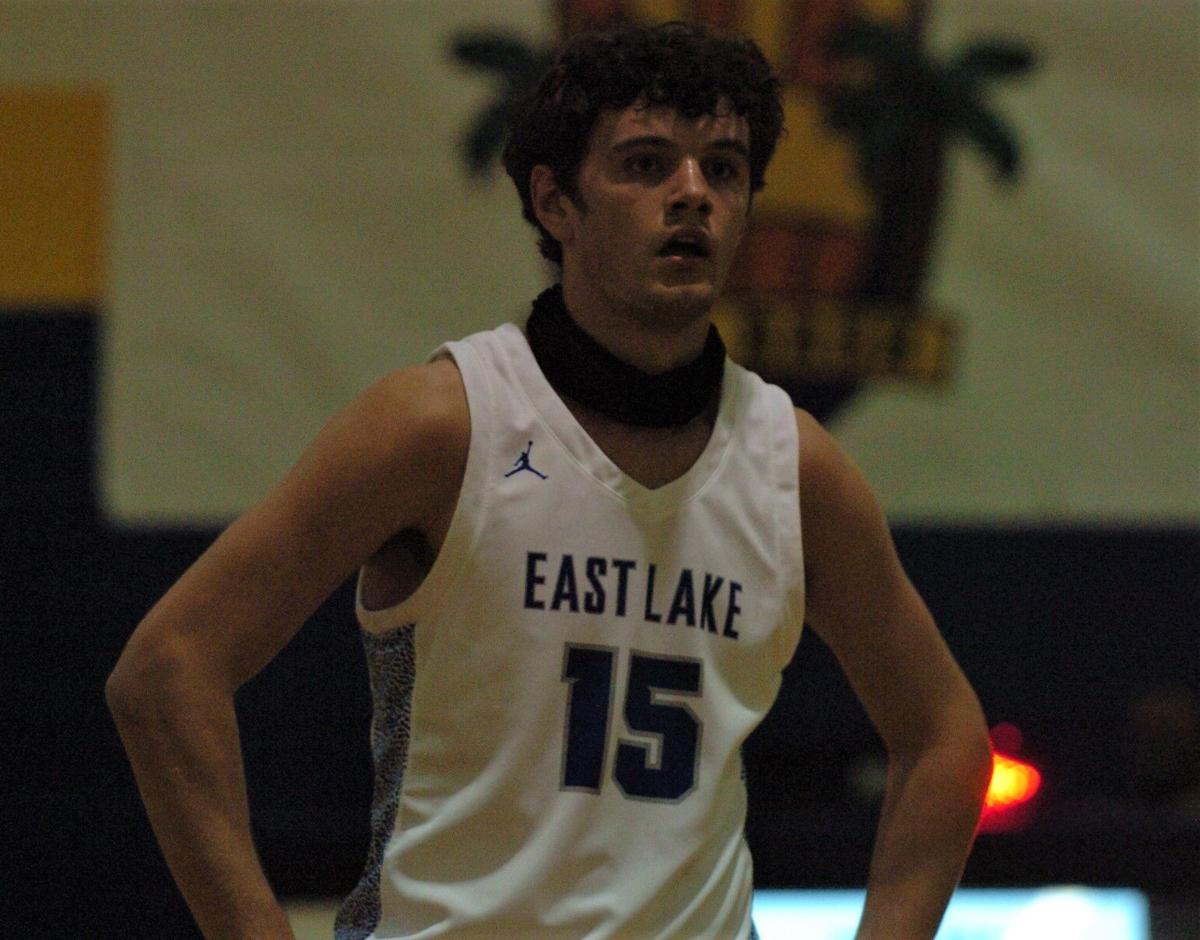 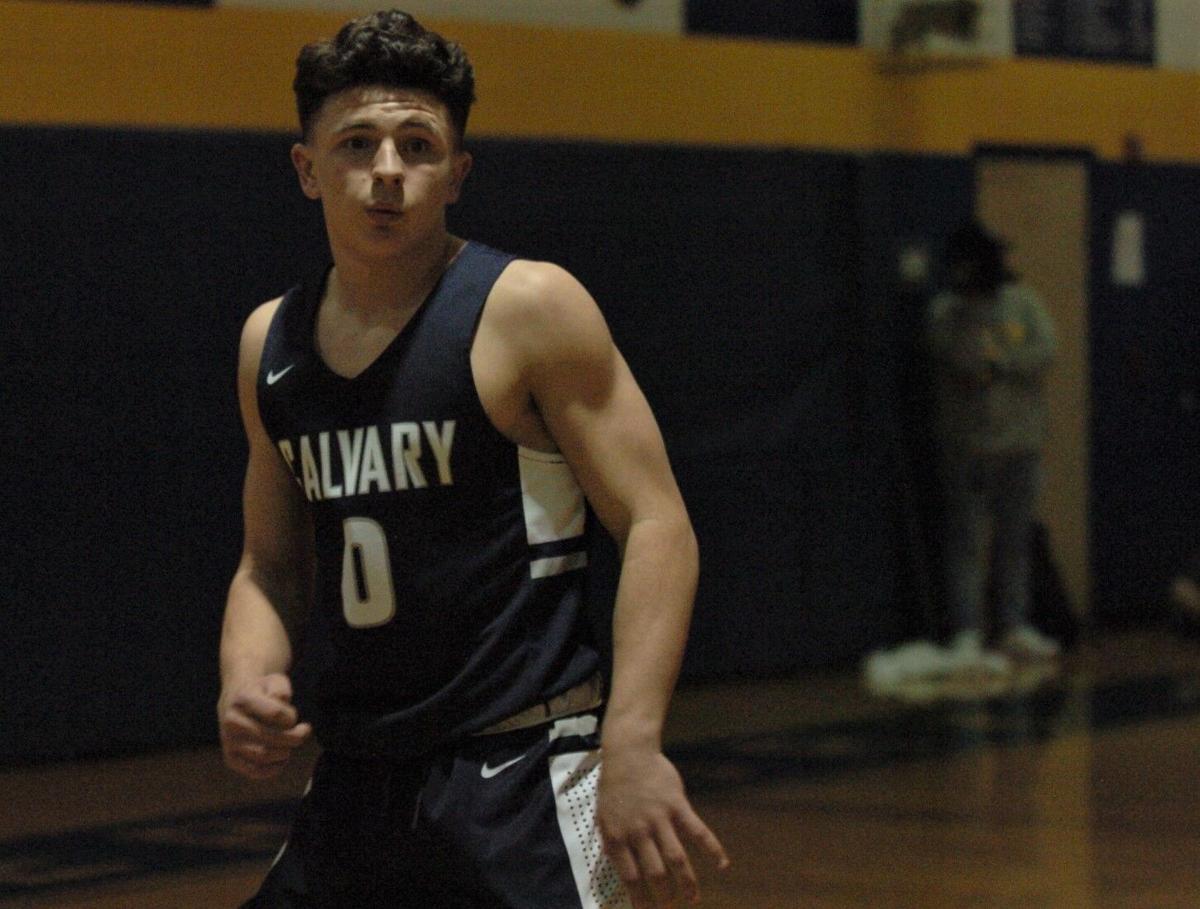 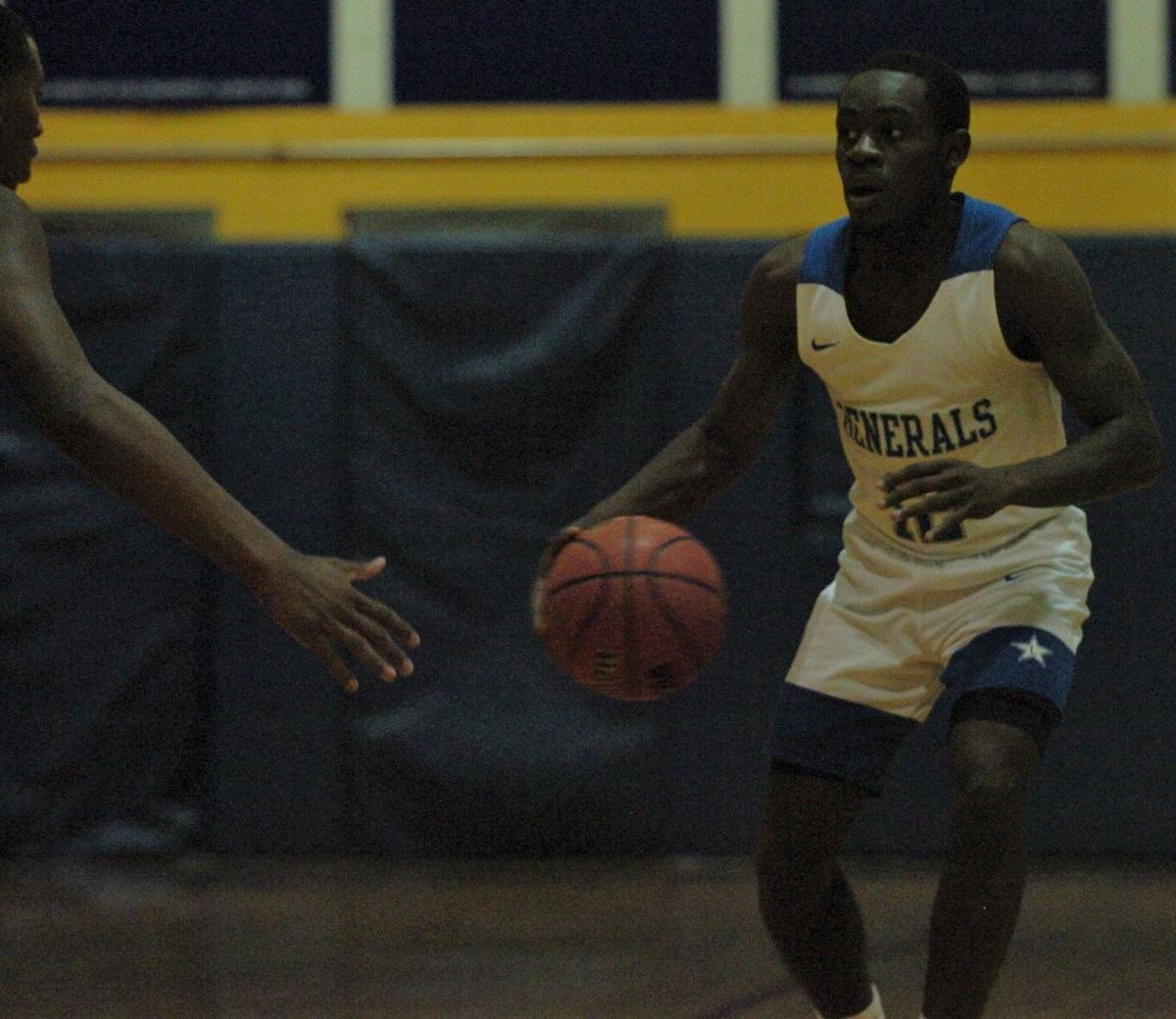 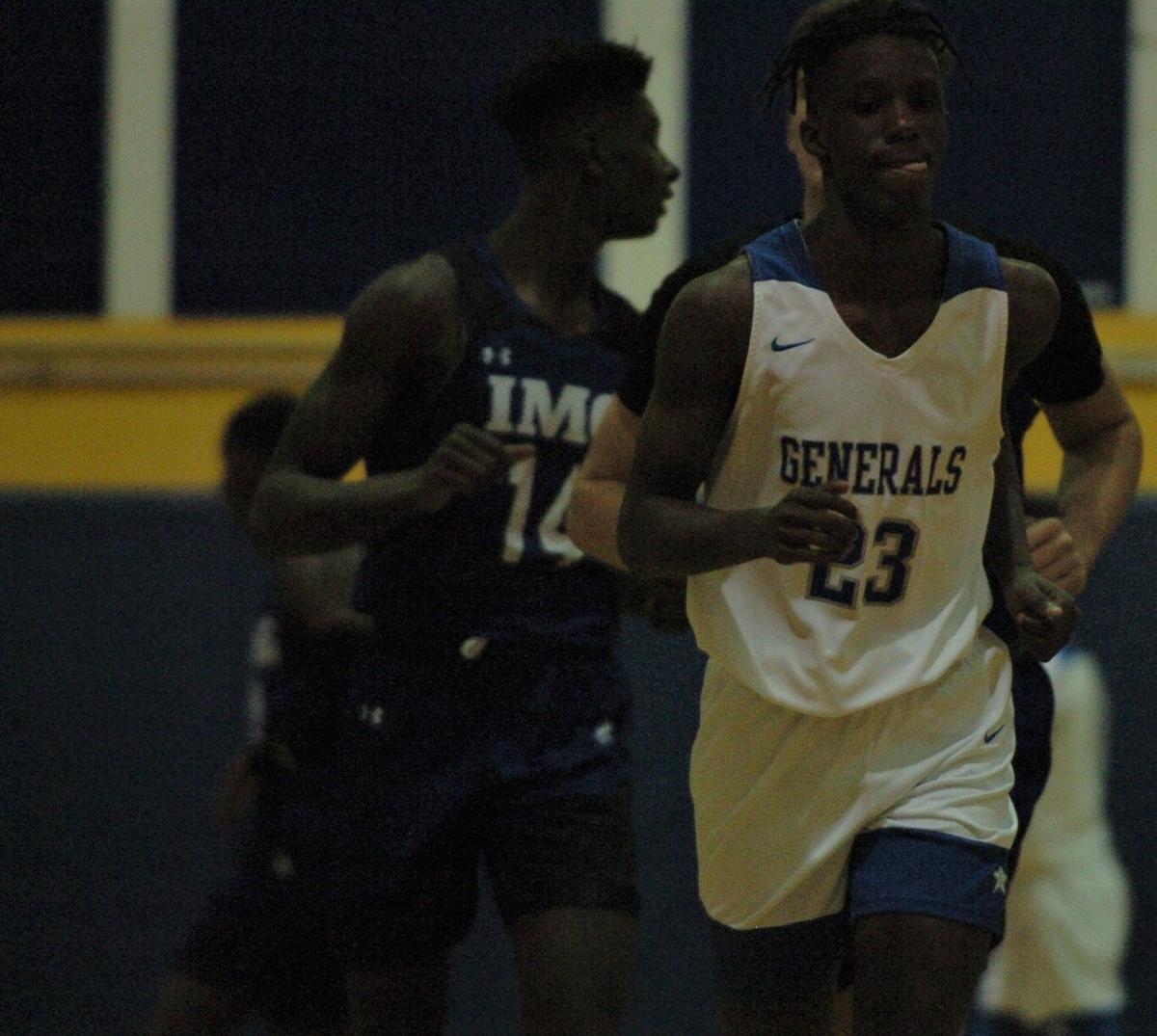 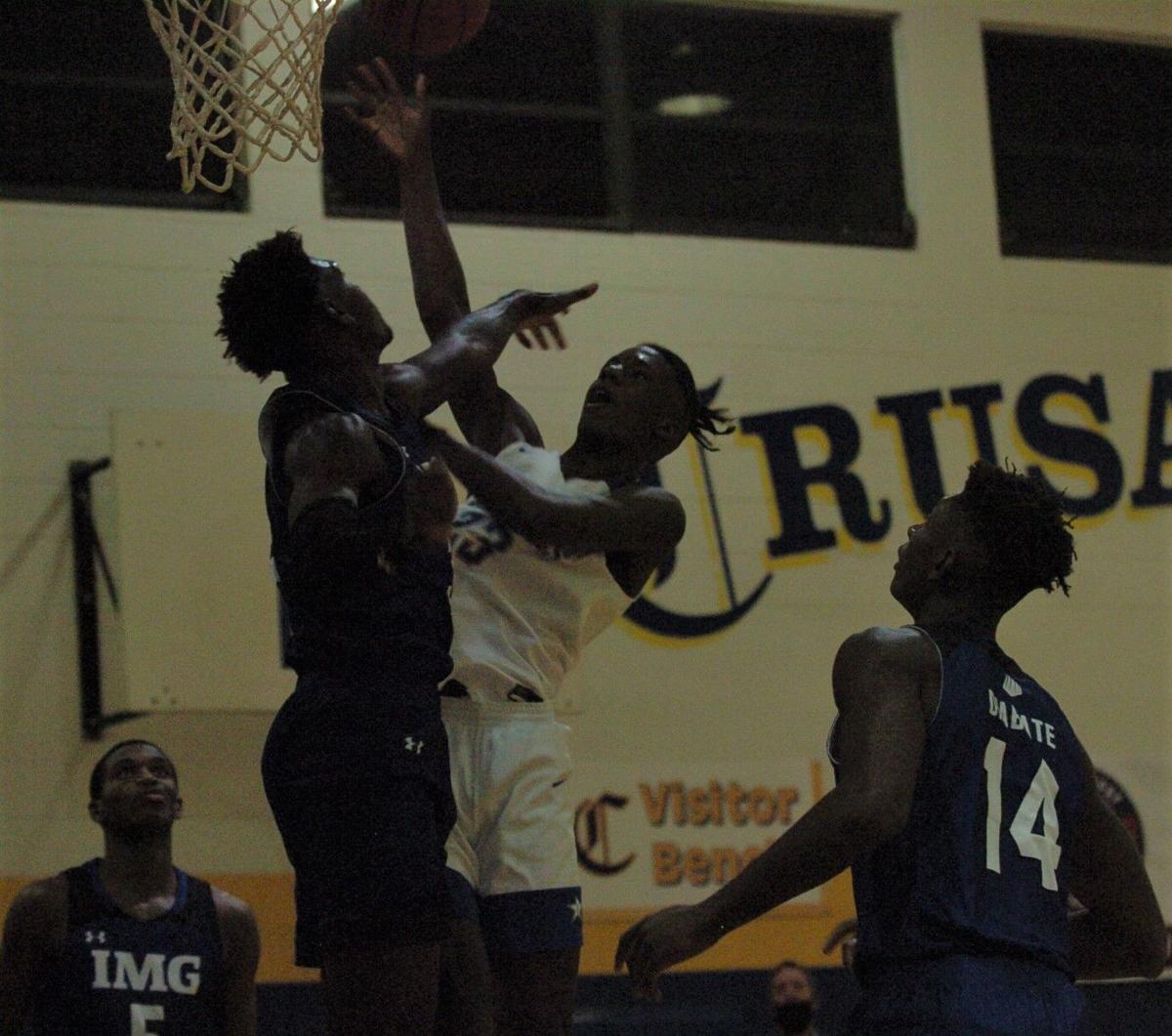 ST. PETERSBURG – Through six games this season, East Lake’s been putting opponents away by halftime. Only one, Ocala Forest, has managed to hang with the highly rated Eagles, and that Nov. 24 road game ended in a 12-point East Lake victory.

Fellow North Pinellas program Calvary Christian was up next Friday, and the Warriors weren’t about to join the club of teams blown out by East Lake.

“We haven’t been tested all year,” said Eagles Coach Britt Taylor after his squad’s 75-71 victory. “(Calvary) did a really good job of punching us in the mouth and really getting after it. We really didn’t play well, and couple that with playing a good team, and you have things like that happen.

“That’s why we come to Sun Bash, to get tested and to play games like that.”

Friday night’s matchup was the opener of Sun Bash’s two-day, nine-game schedule that features some of the best teams in the state.

Calvary (4-3) and East Lake (7-0) did not disappoint, playing a tight game that was not decided until the final seconds. The Eagles tried pulling away on multiple occasions, twice building leads of 10 points, but the Warriors always had an answer.

Calvary senior Dean Bakkalapulo pulled the Warriors to within a point, 67-66, on a 3-pointer from the right wing with three and half minutes remaining, but that’s as close as East Lake would allow the game to get. The Eagles answered with a pivotal 5-0 run over the next two minutes that boosted their lead to 72-66.

Another 3 from Bakkalapulo, this time from the right corner, made it a one-possession game at 72-69. Calvary again got to within three points on Tristan Gross’s lay-in from Griffin Barasa, but 8.1 seconds were not enough to flip the advantage in its favor.

Three players topped 20 points Friday night, led by 24 from East Lake’s Mikey Shane. Trevor Parks and Gross finished with 23 and 22, respectively, for Calvary. Gross and Shane were named the Players of the Game.

Four Eagles scored in double digits and that show of depth impressed Taylor.

“Our studs all year have been Dean and Anthony (Bittar) and they’ve carried us all year. But today, Mikey and Noah (Chatman) stepped up – 24 for Mikey and 19 for Noah. I told them in (the locker room), that’s the mark of good teams. You have other guys that can step up when your two stars aren’t playing too well.”

Gabrelcik came into Friday averaging 22.5 points per game and Calvary focused on taking away open looks for the sharpshooter. Gabrelcik (8 points) responded by limiting his shots, becoming a facilitator and grabbing boards. The senior’s 12 rebounds represented a game-high and season-high.

“He’s that type of kid,” Taylor said. “He just takes what the defense gives him and they did a really good job double teaming him and Anthony in the backcourt and forcing our other guys to make plays, and they did. That’s why I love Dean and Anthony. They’re just team guys. They just want to make the right play for the team.”

Bittar, East Lake’s point guard, finished with 14 points and did the majority of his damage showing off his impressive handle on dribble-drive kick-outs that set up quality looks for his teammates.

“He leads us in assists,” said Taylor. “Through seven games, he has the most assists that we’ve had ever at the point guard position. So he’s on pace to break all types of records. He’s really good at getting his teammates involved and sharing the ball.”

The Warriors’ pressure defense and effort on the boards helped keep the game tight in the first half. Calvary outrebounded East Lake 23-13 in the first half and 36-24 overall. Fifteen first-half turnovers, however, hindered the Warriors’ ability to go on runs and potentially flip the deficit.

Both teams will be back in action Saturday evening. Calvary will take on Clearwater (10-1) at 5 p.m., and East Lake will face its toughest test of the season in Jacksonville Lee (6-2) at 7 p.m.

Friday’s opener was followed by a high-profile game between IMG National and Lee. The game was low-scoring and close early, but IMG and its talented roster ran away to a 77-47 win.

MaxPreps.com ranks IMG National as the second-best team in the nation and state, trailing only fellow juggernaut Montverde Academy in both polls.