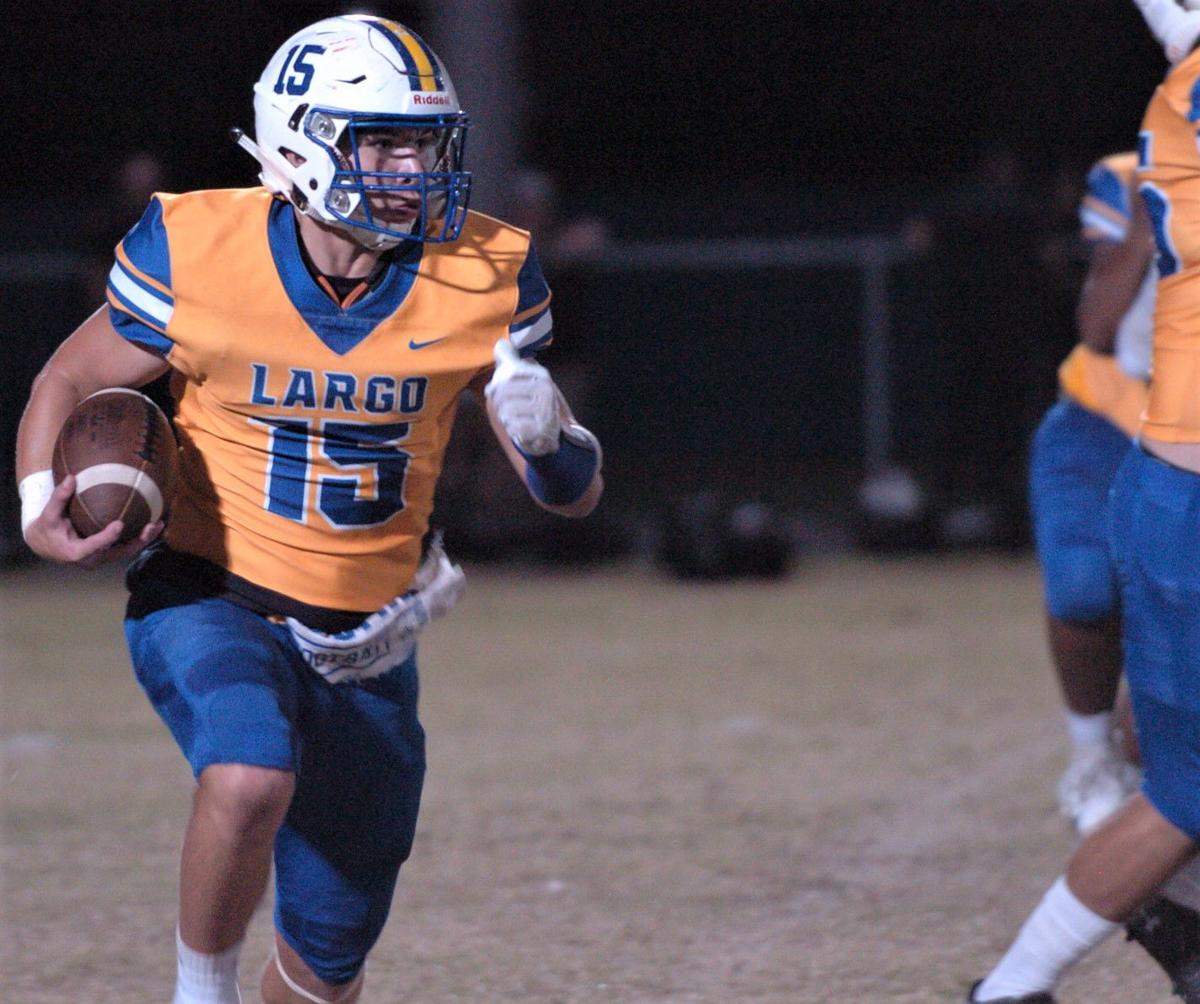 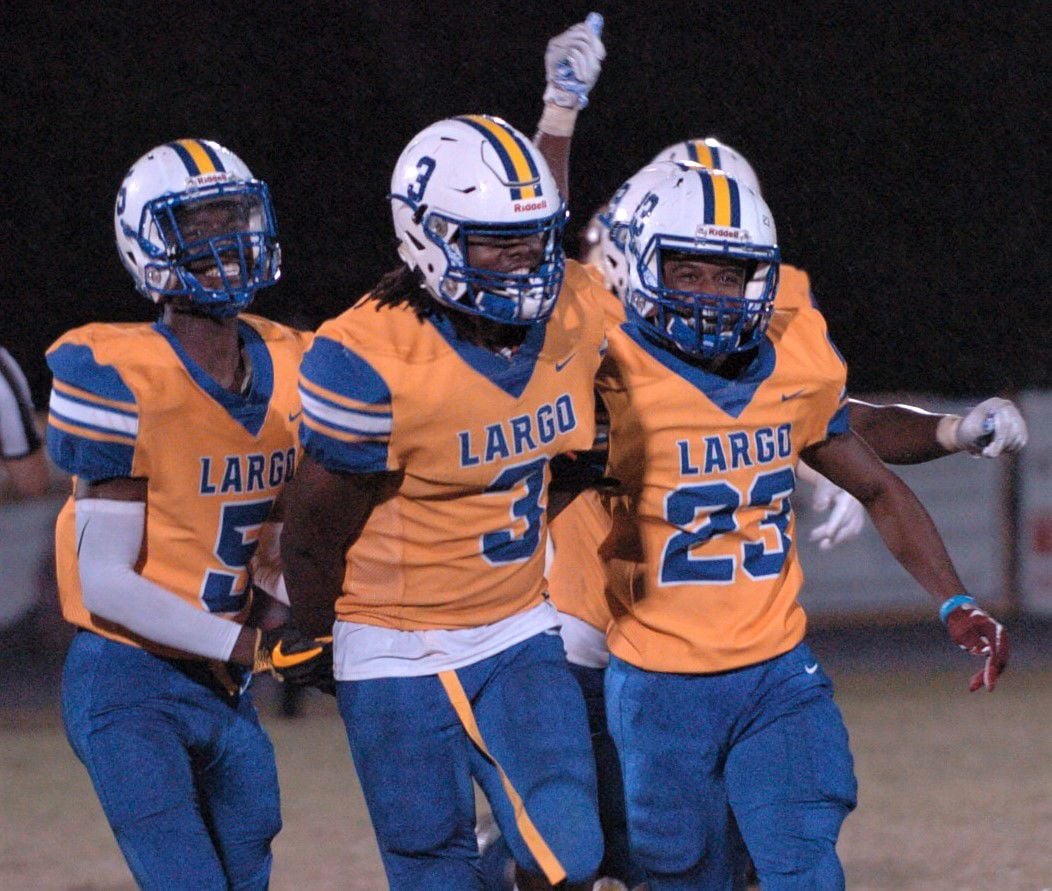 Numbers-wise, it was a pretty brutal start to the postseason for Pinellas County football programs.

The peninsula began with 13. The number of survivors now stands at six.

It’s not as rough as it looks, though. The best Pinellas County could have hoped for heading into the postseason’s second week was having nine teams still preparing for Friday. That’s because four games last week were all-Pinellas throwdowns.

In Tampa Bay-area terms, Hillsborough County programs fared the best. Of its 15 entrants, 11 are still practicing this week, including two programs on byes last week. Two of Pinellas’ qualifiers were on bye – Lakewood and Northside Christian.

Class 5A experienced one of the wackiest Friday nights. Home teams went just 9-7 and the state’s lone No. 8 over No. 1 occurred when Chamberlain took down Rockledge 25-13. No. 7 North Marion also dumped No. 2 Dunnellon 48-9 and two other No. 2 vs. No. 7 games were decided by seven points and one point. No. 6 seeds went 4-0 against No. 3 seeds in Class 5A, making it the FHSAA version of the NCAA’s No. 5 vs. No. 12 games in March Madness college basketball brackets.

The Tornadoes were the better all-around team, but confidence and momentum and emotions can do crazy things in high school sports when combined the right way. So Clearwater scored early and didn’t stop until it was 35-0 by the third quarter.

This week will be a much different experience when the 9-2 Tornadoes head into Hillsborough County to face 10-1 Gaither. Class 6A Region 2’s top-seeded Cowboys are having one of the best years in program history and advanced to the second round by trouncing No. 8 Boca Ciega, 47-27.

Gaither is battle-tested and its only defeat was a 14-0 Week 11 loss to Armwood, considered one of the best teams in Florida. Clearwater is well-prepared, too. According to the FHSAA’s Ratings Percentage Index calculations, Clearwater’s opponents’ winning percentage was better than Gaither’s and its overall RPI was ranked eighth overall in Class 6A compared sixth for the Cowboys.

The teams also compiled similar scoring numbers, averaging more than 30 points a night and surrendering totals in the mid-teens.

Coach Don Mesick’s defense is going up against a Cowboys offense that can move the ball through the air and on the ground but prefers to sling it around. Gaither quarterback Tony Bartalo has thrown for 2,314 yards and 35 touchdowns. Chance Coleman leads the team in rushing with 549 yards, but junior Jayden Mendez broke 100 yards last week against Boca Ciega.

Clearwater quarterback Rent Montie’s been breaking records and has thrown for 2,219 yards and 24 touchdowns. The senior can help make more school history by winning Friday. Last week’s victory gave Clearwater its fifth-ever postseason win, but no Tornadoes football team has advanced past the second round.

A rash of injuries wasn’t enough to stop Largo last week against Countryside. Sophomore quarterback Garrett Gurney stepped up in place for starter Brandon Coppola, running back Andre Bell had his back by rushing for more 100 yards and the Packers defense eased the pressure by pitching a shutout.

The Hawks blasted Springstead 42-12 in the first round, with running back Kyeandre Magloire piling up over 300 yards and five touchdowns.

Largo responsibility No. 1: Focus on No. 4 in Forest Green and Yellow. Magloire now has more than 2,300 yards rushing and 34 touchdowns. That’s an average of about three touchdowns per game. With the point after, that’s 21 points a night. Largo’s scored 20.5 points a night as a team.

The odds don’t favor the Packers if they become engaged in a score-for-score shootout. The odds are also in favor of Magloire getting his. Full containment isn’t likely, but Largo can avoid the challenge of stopping the explosive senior by keeping him on the sideline with sustained drives.

This is Largo’s second region semifinal game in three years. A win would put the Packers in the region finals for the third time in program history, with the other two coming in 2007 and 2008.

Friday night’s winner takes on the winner of Gaither and Clearwater. Either victor will travel to Gaither or host Clearwater.

This second-round game is a rematch from Week 1.

Berkeley Prep beat CCC 21-14 at home, setting the pace for the Buccaneers earning the Class 3A Region 3 top seed.

It’s been a long time since that Sept. 23 meeting and the Marauders are prepped and ready to even the score. Led by Jordan Niles’ 249-yard, four-touchdown rushing effort, CCC took down in-town rival Calvary Christian 49-28 while Berkeley Prep rested up on a bye week.

Niles makes the Marauders’ offense go and Friday night was his second 200-yard game and 10th breaking 100. He went for 141 yards and two touchdowns on 16 carries against Berkeley Prep in Week 1 and the Buccaneers certainly remember.

CCC definitely remembers the early loss, as well. It was the fifth straight year the programs opened the season against each other, and the first time Berkeley Prep won. CCC actually beat the Buccaneers twice last year: the season opener and in a Class 3A region final.

Berkeley Prep doesn’t have a bell cow back like Niles, but the sophomore tandem of Travis Bates and Xavier Townsend has combined for over 1,500 yards and 22 touchdowns.

Defense is the Bucs’ specialty, though. Berkeley Prep surrenders about 11 points a game and no opponent has hit 20 points through nine games.

The Marauders have been Pinellas County’s most successful program this decade and reached the state final four the past two years. Another win Friday night would set up a region final game against either No. 2 Fort Myers Bishop Verot (8-2) or No. 6 Palm Beach Gardens Benjamin (8-3). CCC would travel to Bishop Verot or host Benjamin. Berkeley Prep would get to host either region final opponent.