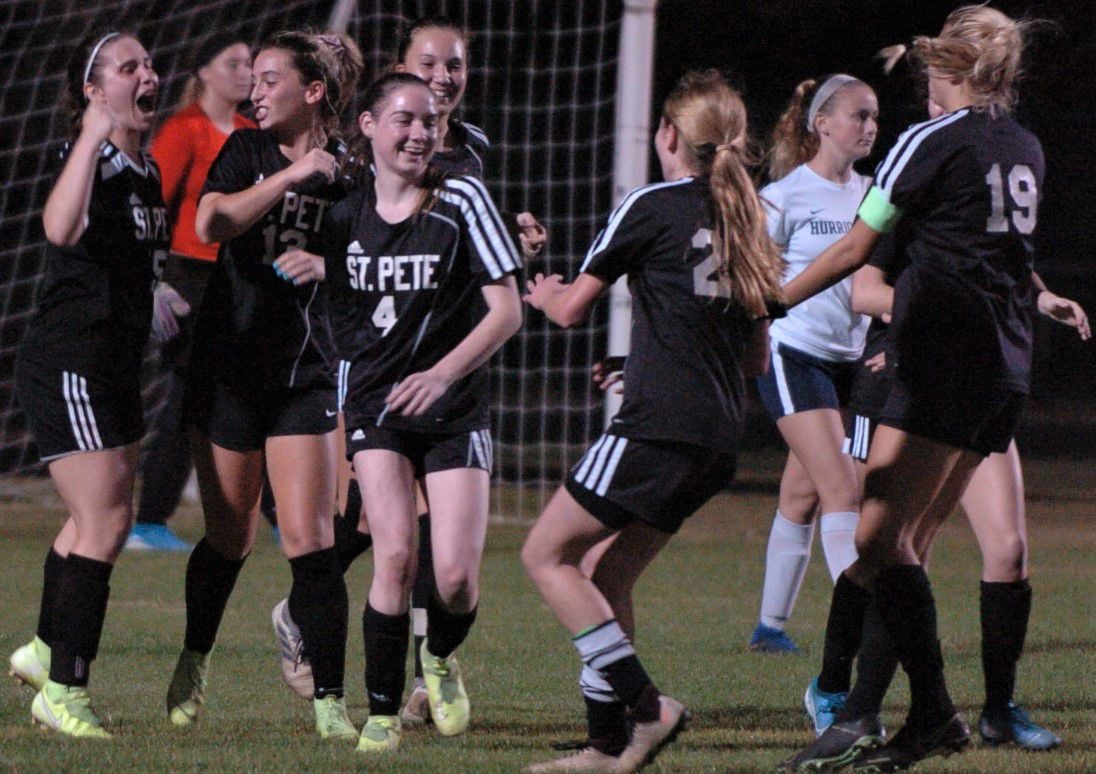 St. Pete players celebrate after Alexa Goldberg, second from left, scored her second goal of the night to put the Green Devils up 2-1 on PHU. 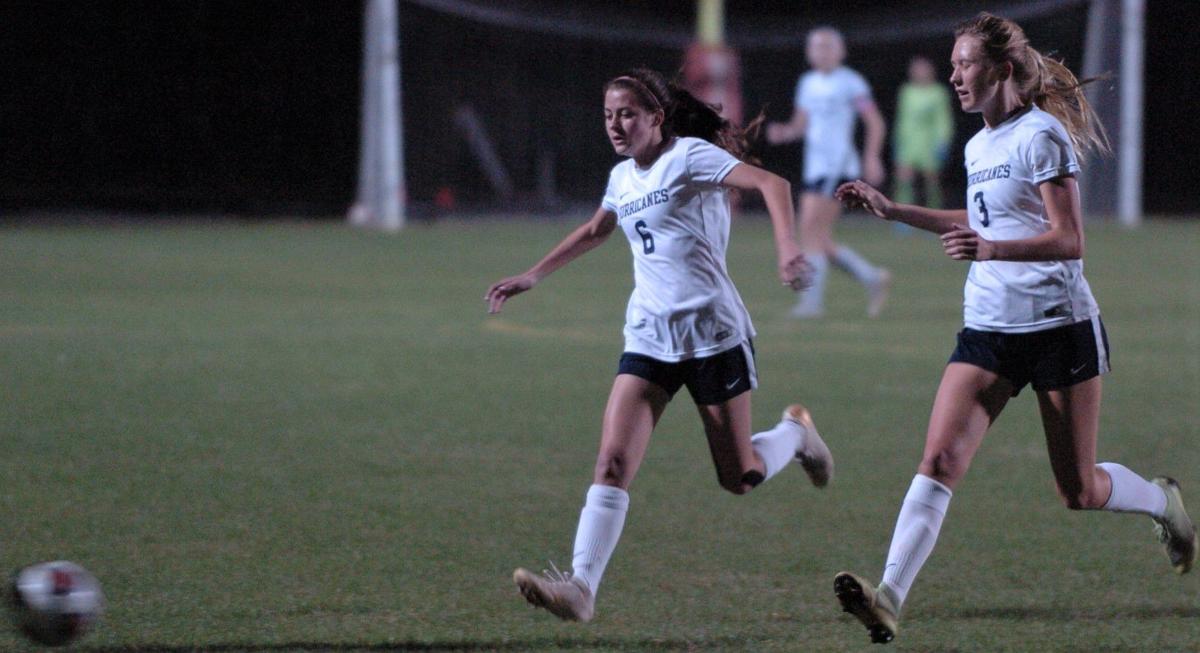 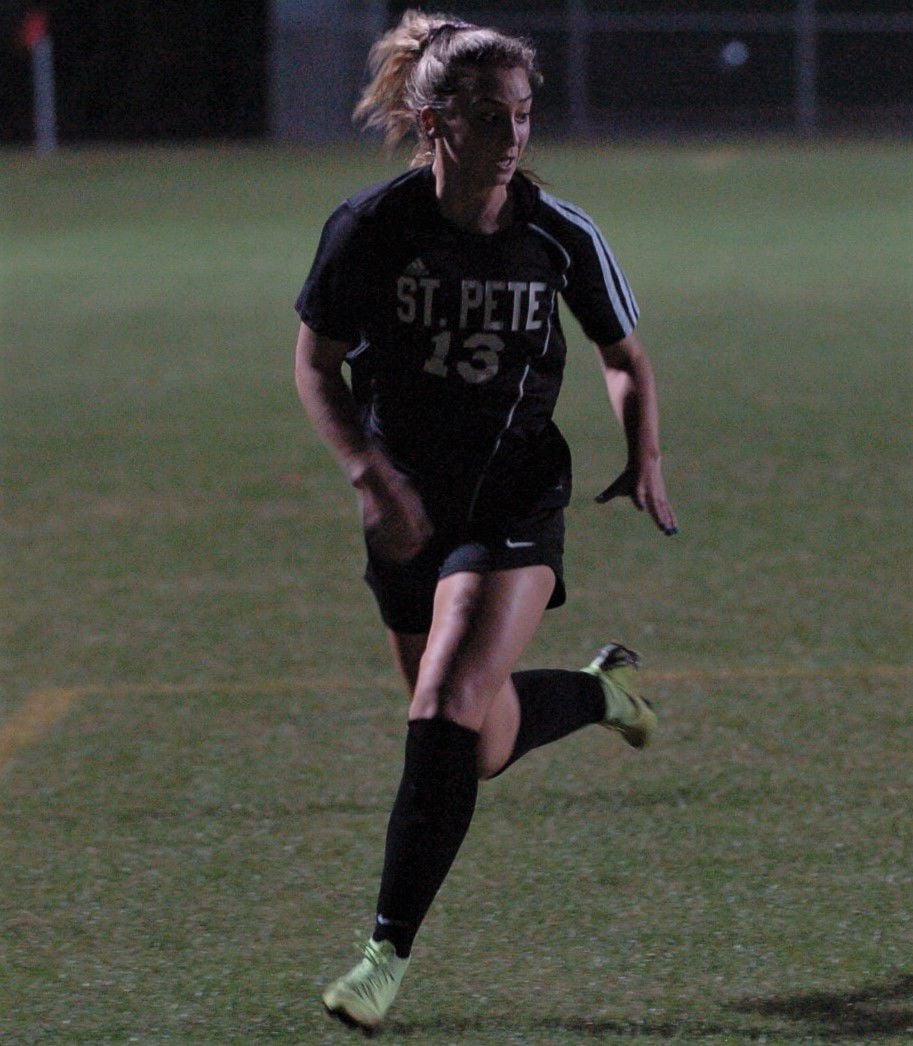 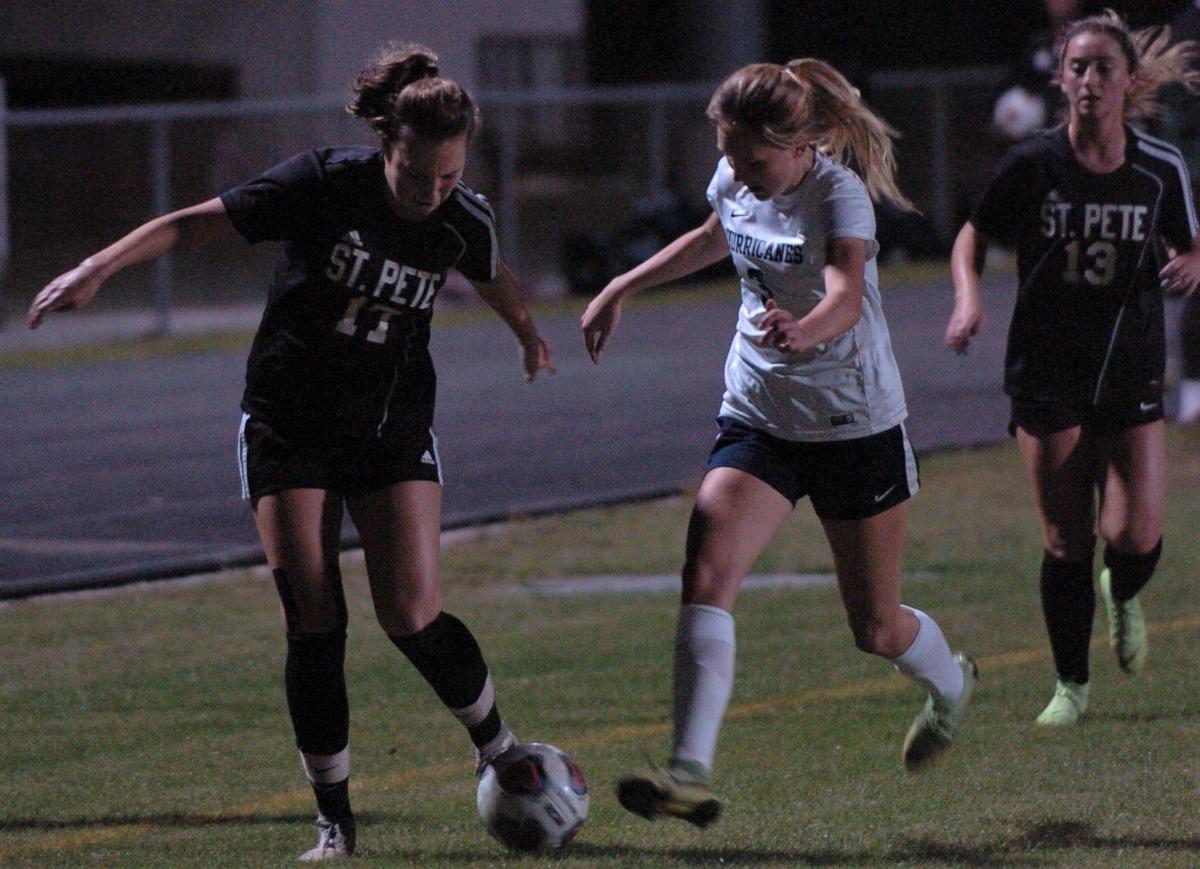 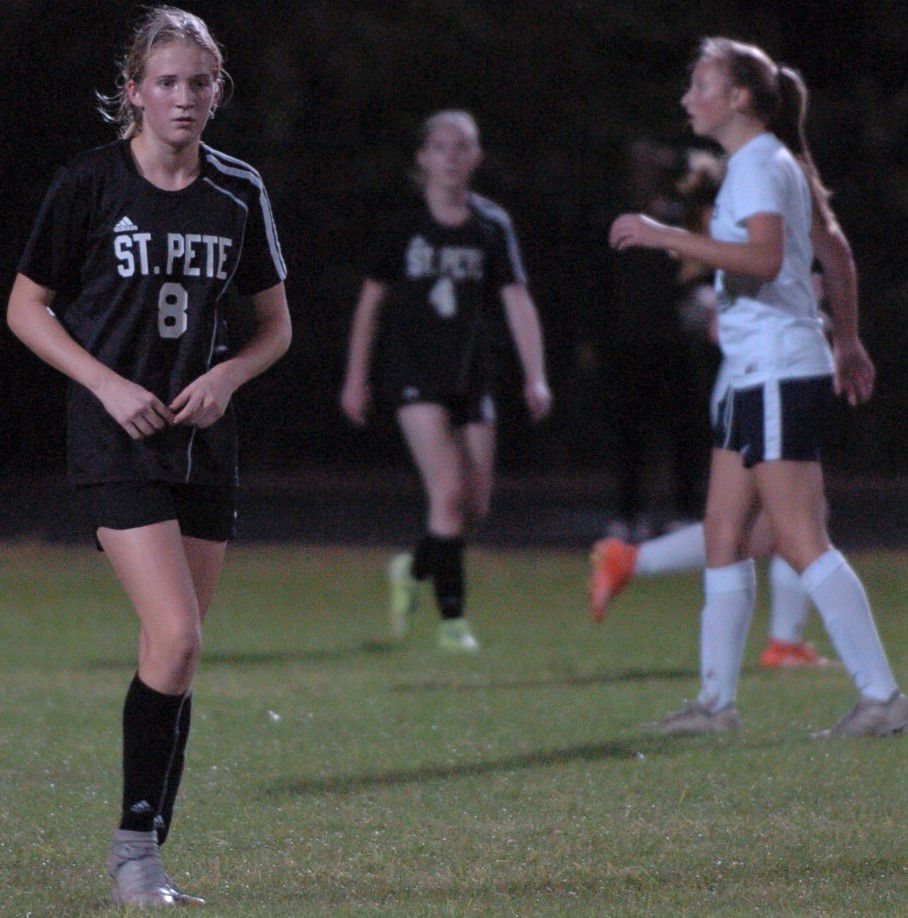 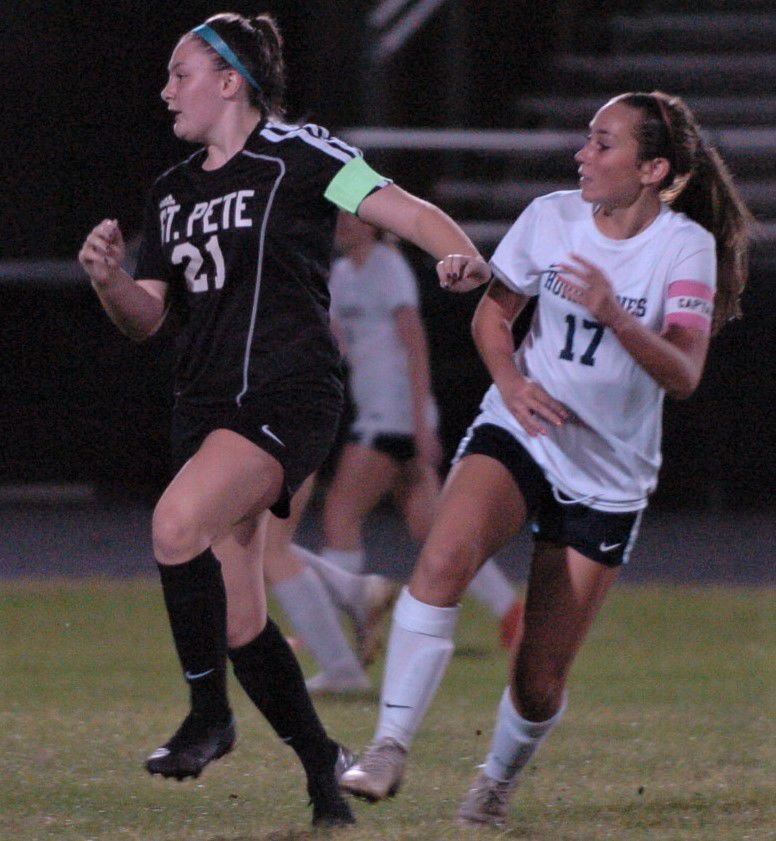 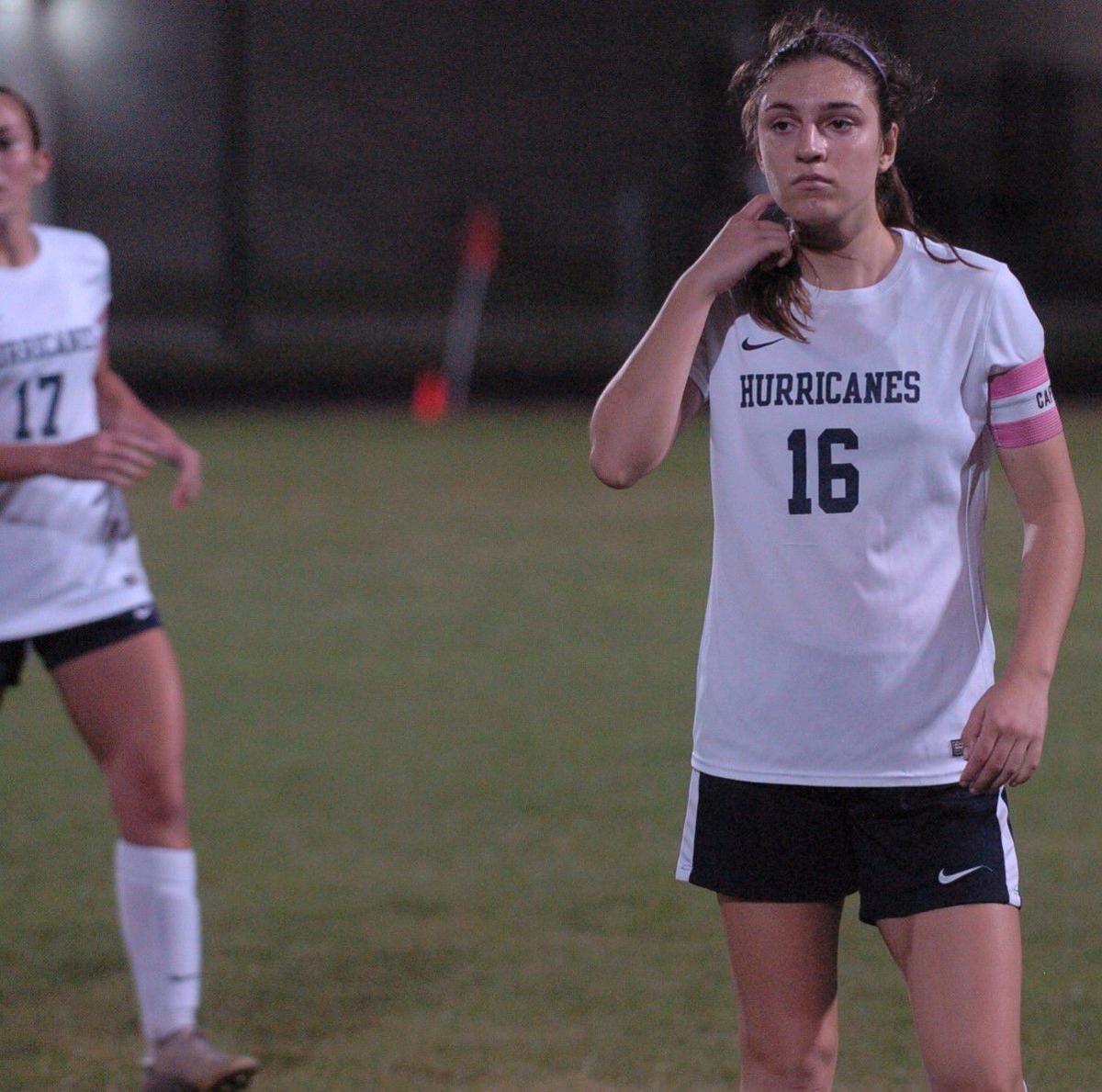 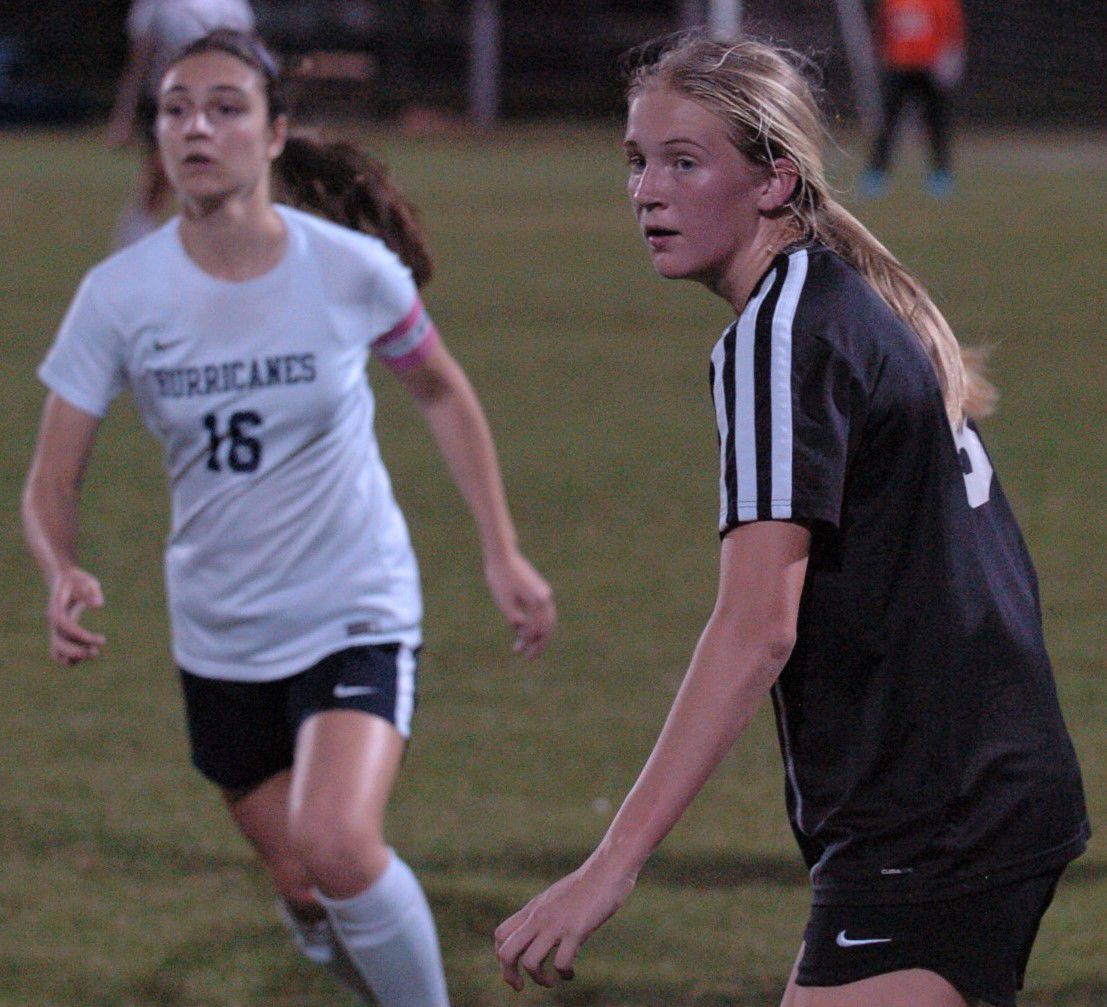 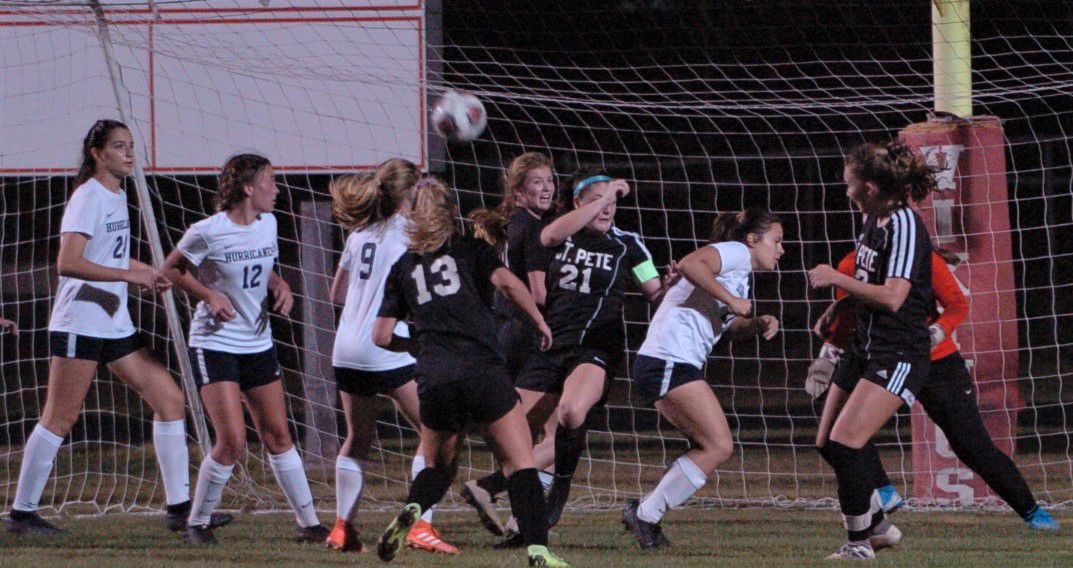 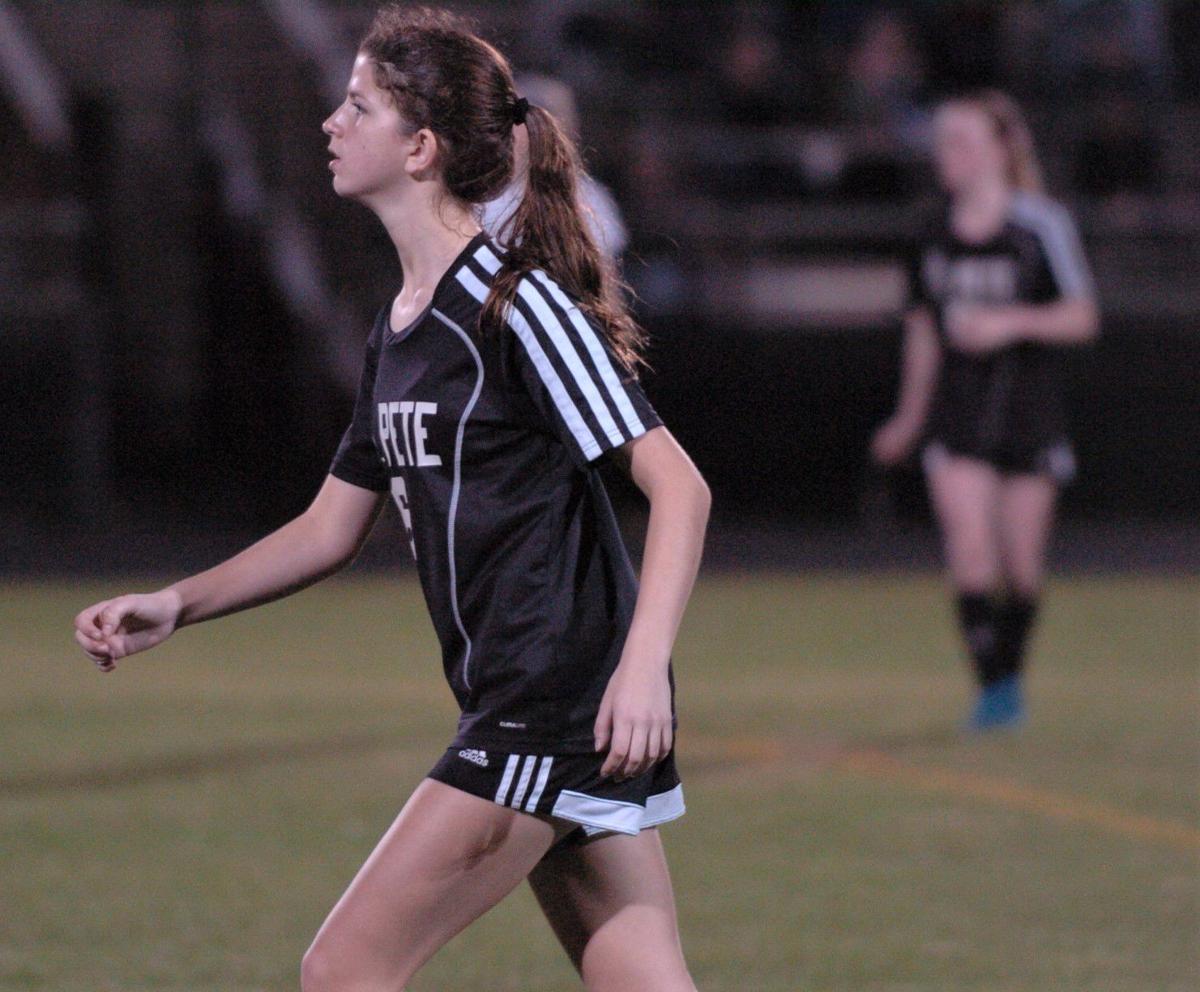 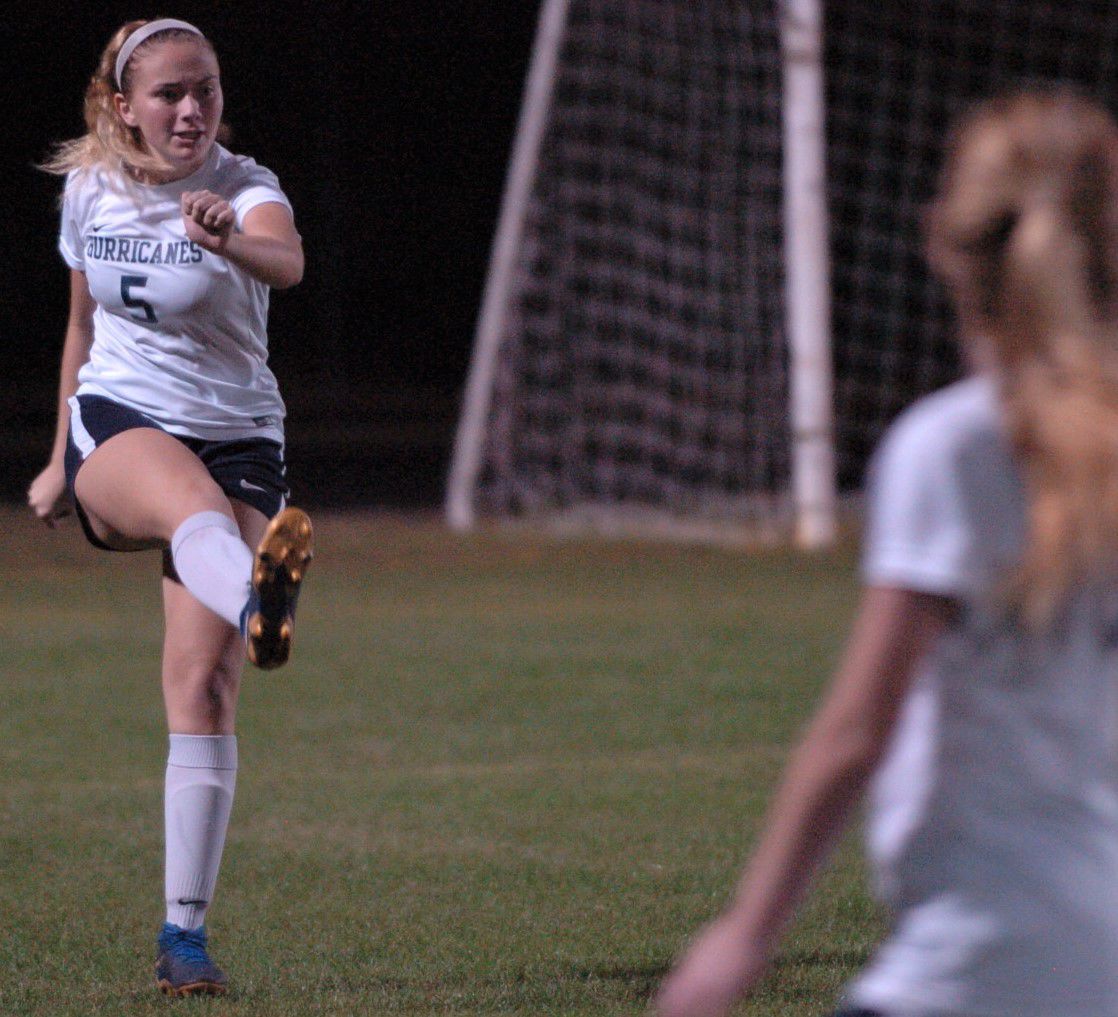 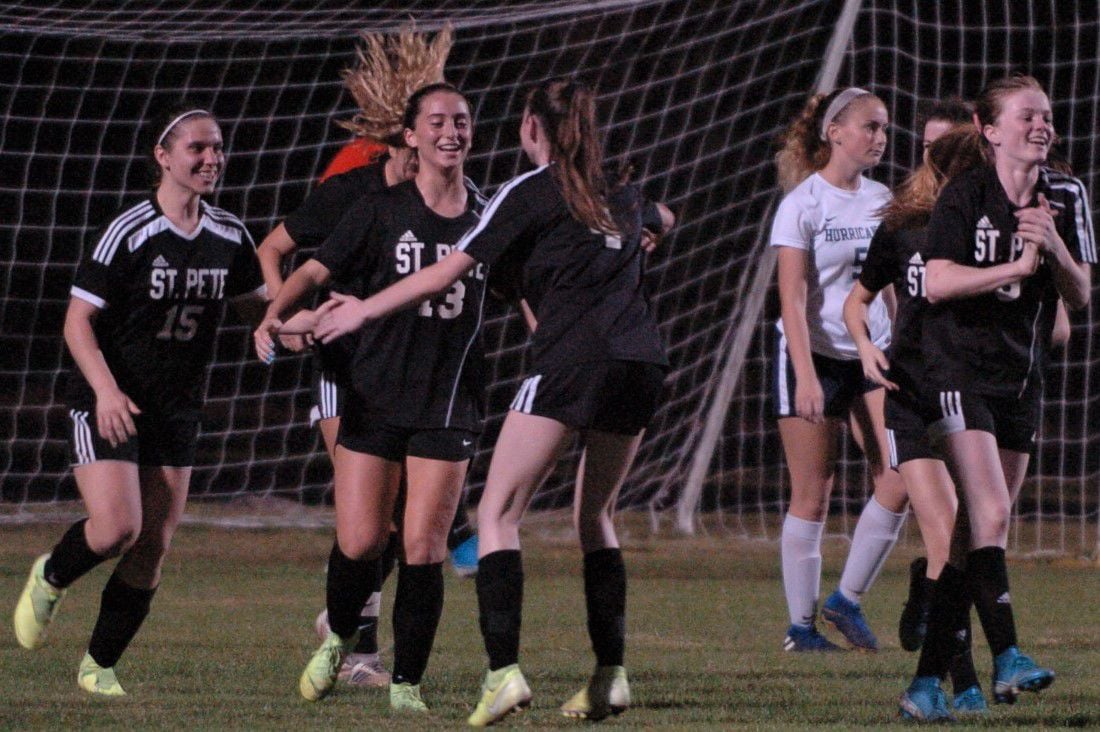 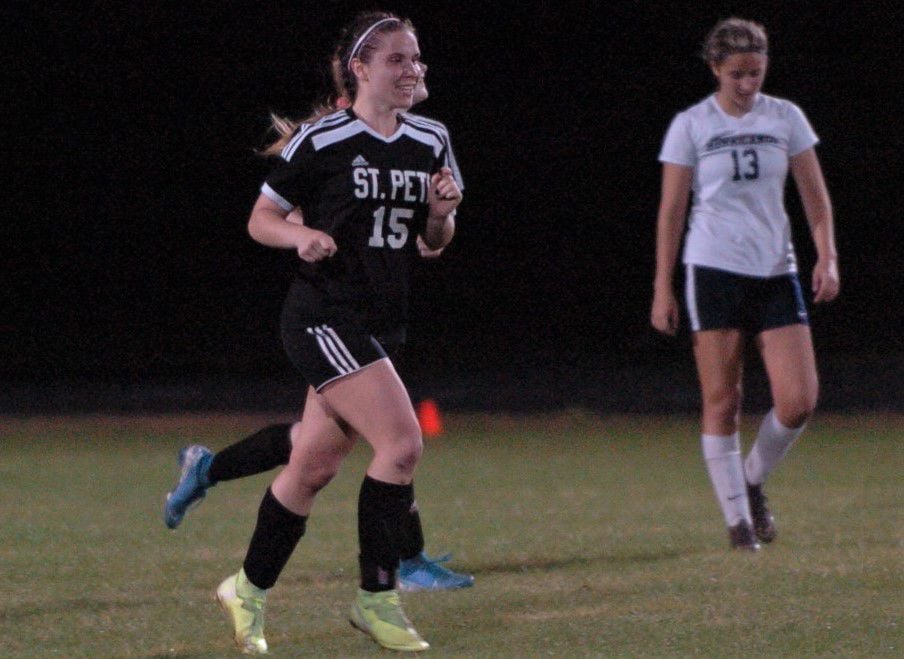 St. Pete players celebrate after Alexa Goldberg, second from left, scored her second goal of the night to put the Green Devils up 2-1 on PHU.

ST. PETERSBURG – It’s been a while since the St. Petersburg girls soccer team’s gotten the best of Palm Harbor University.

The Green Devils have been getting close – a scoreless tie in December, an overtime loss last year – but the Hurricanes have existed as an insurmountable obstacle for years.

“It feels good because last year we went into overtime and they won in like the last second, so that was a rough way to lose,” said St. Pete senior midfielder Alexa Goldberg. “But this year I think we’re a different kind of team. We tied them during the regular season, so coming back like this is really satisfying.”

Goldberg played an important role in making sure St. Pete flipped the script on PHU in 2020. The senior scored on a pair of set pieces during the first 14 minutes of the second half that turned a 1-0 deficit into a 2-1 advantage.

The goals – both on balls sent in by senior Killian Kingsley – were products of offensive pressure that had been building since midway through the first half. The Green Devils spent most of the final 10 minutes before the break in PHU territory but couldn’t convert any attack

“Right after the water break we just got into our rhythm, like how we’ve played all year,” St. Pete coach Rui Farias said. “I told them at halftime that it will come.”

The first Kingsley-to-Goldberg hookup came on a corner kick in the 47th minutes. The seniors did it again about seven minutes later on a free kick from near the same corner.

Freshman Anna Cubito put the match away with a goal in the 79th minute.

Sophomore Madeline Blixt’s free-kick goal got PHU on the board quick, but the Hurricanes couldn’t find the back of the net for the final 76-plus minutes of play.

“Sometimes it’s easier to learn from a loss than a win,” said PHU coach Randy Irick. “Now we’ve got to get our focus ready, we’ve got districts and that’s the big picture. No one won the state title from winning the PCAC championship. State titles are won by going through districts and regionals and all that. That’s our focus now. It hurts, it stings, but St. Pete played a good game and all the power to them.”

Along with being a rematch of last year’s PCAC title, Friday night featured teams with lofty postseason aspirations. PHU, the Class 5A state champion last year, graduated 14 seniors from that squad and will enter districts 13-3-2 overall. St. Pete reached the Class 4A state final four last year and improved to the same 13-3-2 record. The Green Devils wrap up their regular season at Shorecrest Prep Monday night before districts begin in early February.

While the PCAC championship game has no bearing on the postseason, its significance was clear to those on the field Friday.

“In girls soccer it still means everything,” Farias said. “A lot of these kids all play club soccer together so there’s a tremendous amount of bragging rights there. Whether it’s us and Osceola or Palm Harbor and East Lake. The rivalries are still there.”