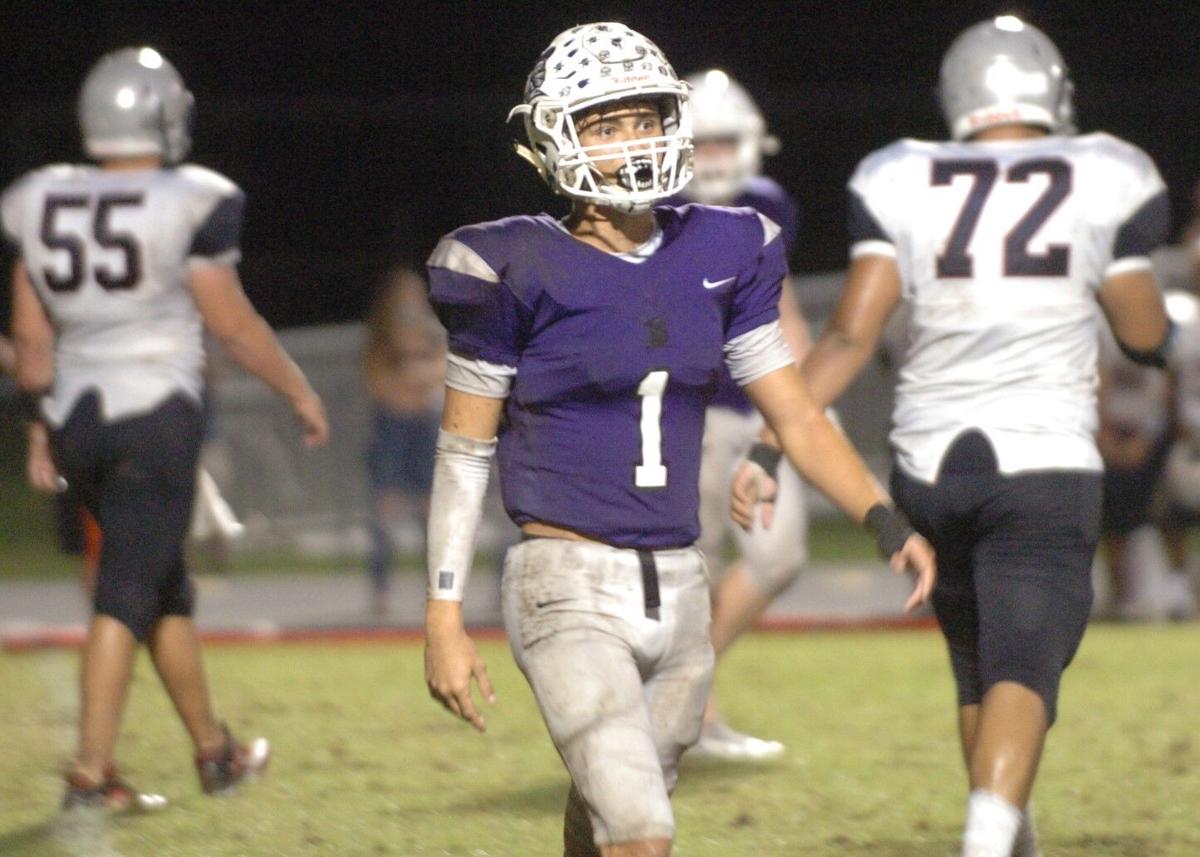 River Ridge and senior Aaron Wyman scored a 13-0 victory over Fivay during both teams’ 2020 season opener. 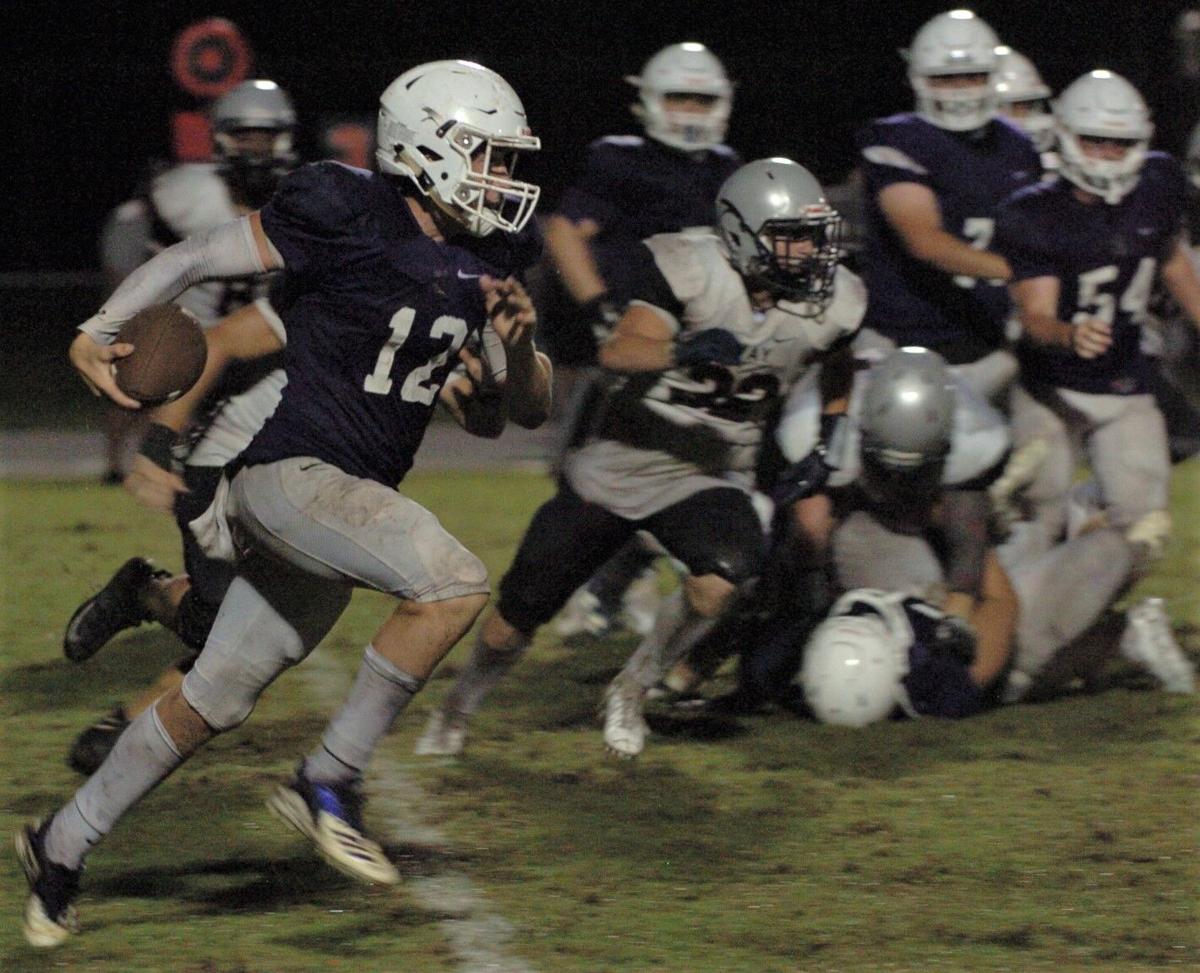 River Ridge quarterback Trenton Hawks scored the team’s first touchdown of the 2020 season with a 13-yard run Friday during the Royal Knights’ 13-0 victory. 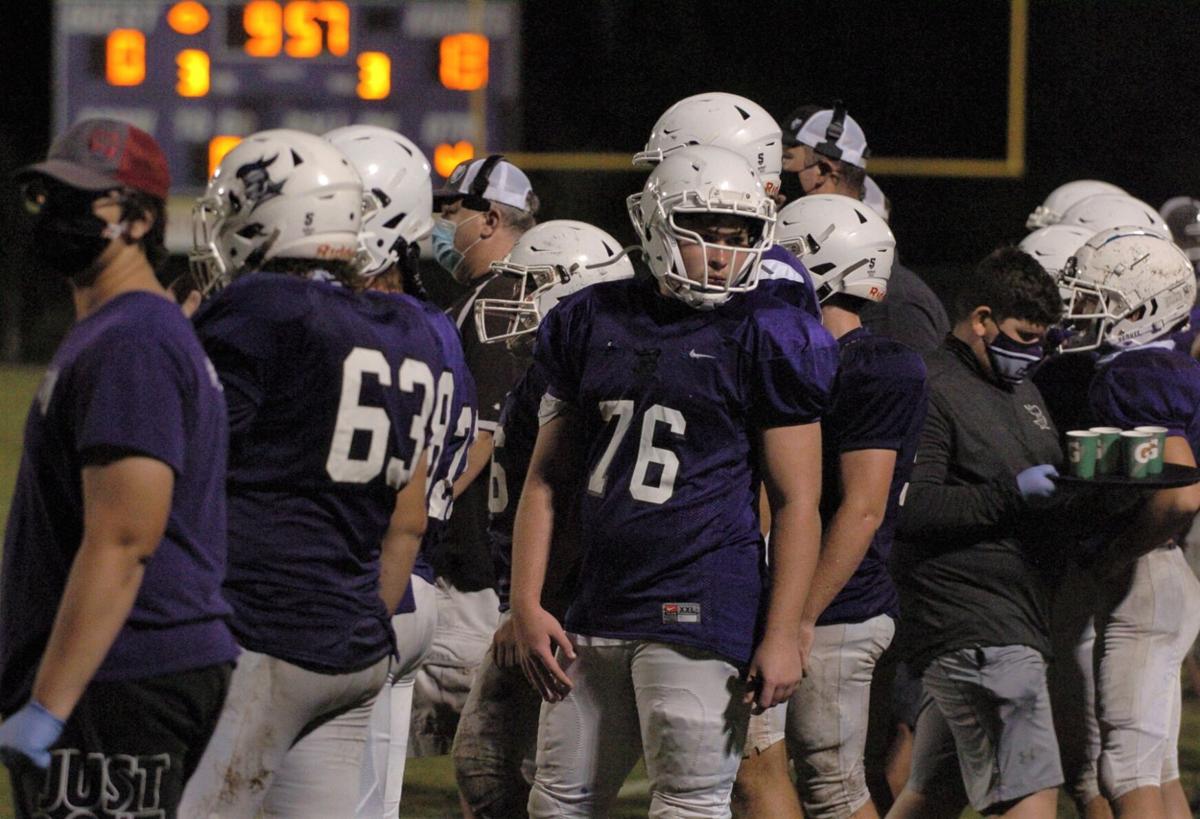 River Ridge and senior Aaron Wyman scored a 13-0 victory over Fivay during both teams’ 2020 season opener.

River Ridge quarterback Trenton Hawks scored the team’s first touchdown of the 2020 season with a 13-yard run Friday during the Royal Knights’ 13-0 victory.

All the familiar sounds were there – buzz of the crowd, the public address announcer over the loudspeaker, the home band blaring out fight songs, cheerleaders yelling out in unison.

Getting to the gates is where differences became noticeable, starting with the now-familiar, yet never-will-it-ever-be-normal sight of everyone wearing face coverings.

There was the limited attendance, capped at 50 percent per Pasco County Schools mandate. There were the periodic PA reminders to practice social distancing while inside the stadium.

It was also Senior Night, odd because those celebrations are usually held by every school during halftime of their final home game. But when every game is under threat of possible cancellation each week, many schools are making sure their seniors get recognized early.

COVID-19 rules aside, it was high school football with people in the stands. Parents acting like parents. Students acting like students. Players finally getting to take on kids wearing different colored jerseys.

Week 1 is always a time for teams still ironing out wrinkles, and even more so in 2020. Programs had their preparation schedules interrupted, seasons delayed and Kickoff Classic preseason games cancelled.

As River Ridge and Fivay knocked the rust off, they played a competitive game that was up for grabs until the final quarter. The Royal Knights pulled out a 13-0 win, relying on the strength of their dominant defense producing three goal line stands and four interceptions.

Games were played throughout the county last Friday night, and will again this Friday, but COVID did have an impact. The Mitchell-Land O’ Lakes game was cancelled the day before kickoff because of positive COVID tests that affected Land O’ Lakes players. Prior to that, Zephyrhills announced it would not be playing the first two weeks of the season because of positive tests.

Mitchell and Coach Andrew Schmitz made an 11th-hour attempt at finding an opponent to no avail. The Mustangs will now open its truncated season this Friday at home against Pinellas Park. Land O’ Lakes announced on its Twitter page that junior varsity and varsity games will be cancelled through Sept. 18 because “several players have been required to quarantine.”

The COVID-19 case count in Pasco County has increased over the previous week. From Sept. 14-20, Florida Department of Health reported 338 new cases and four deaths. The case count increased to 8,865 with 199 deaths.