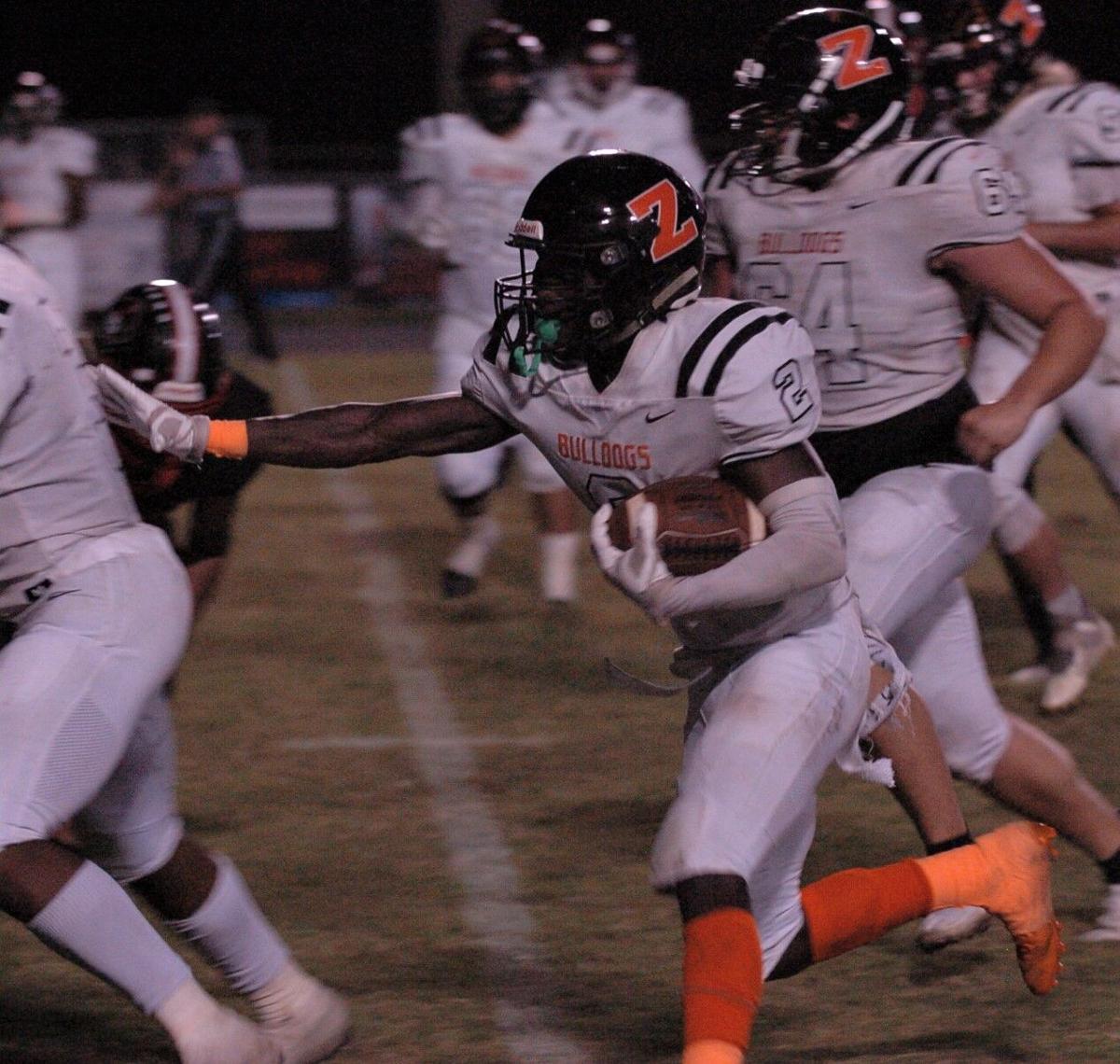 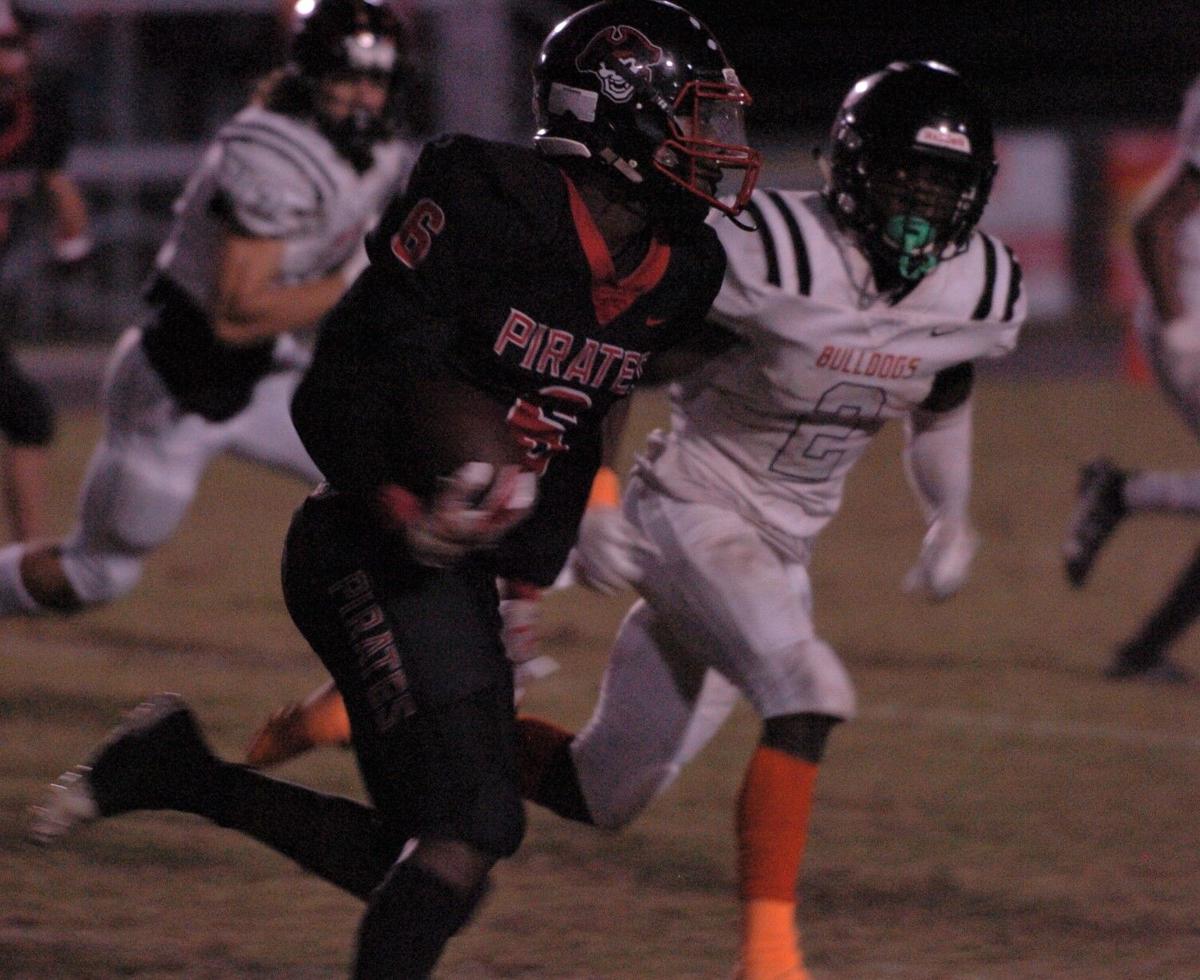 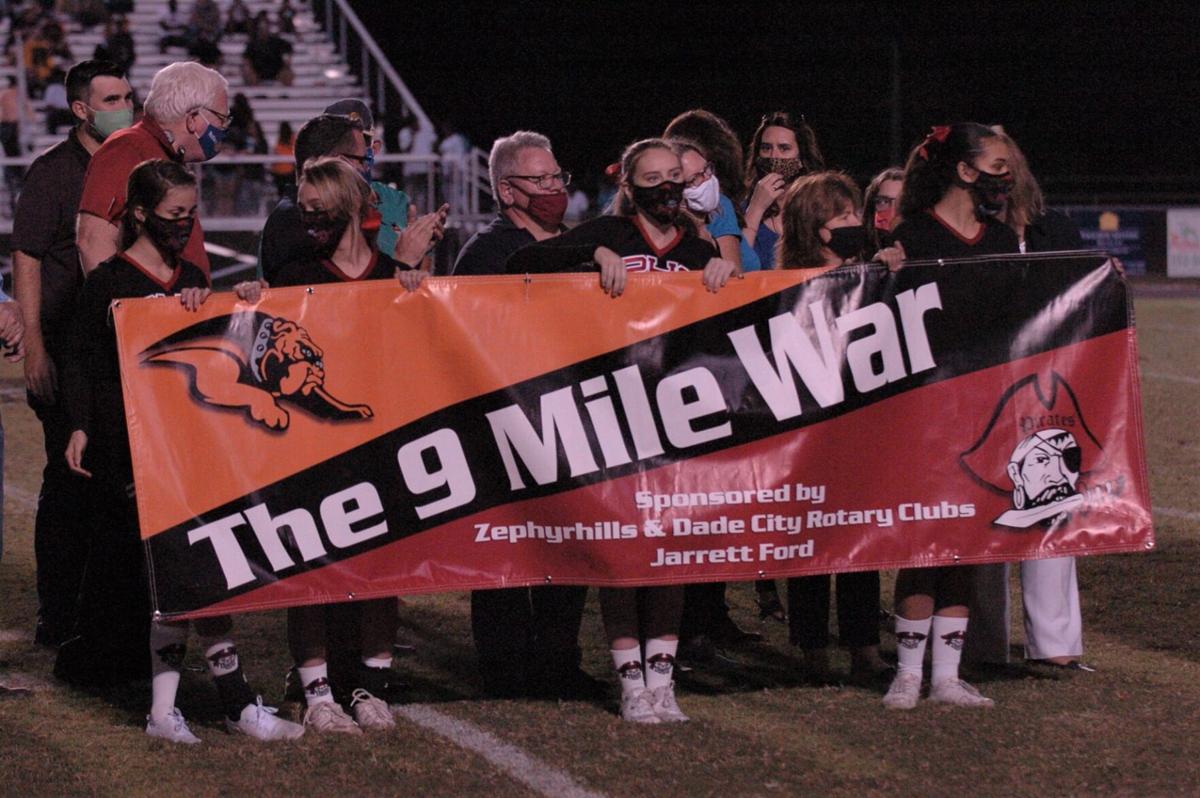 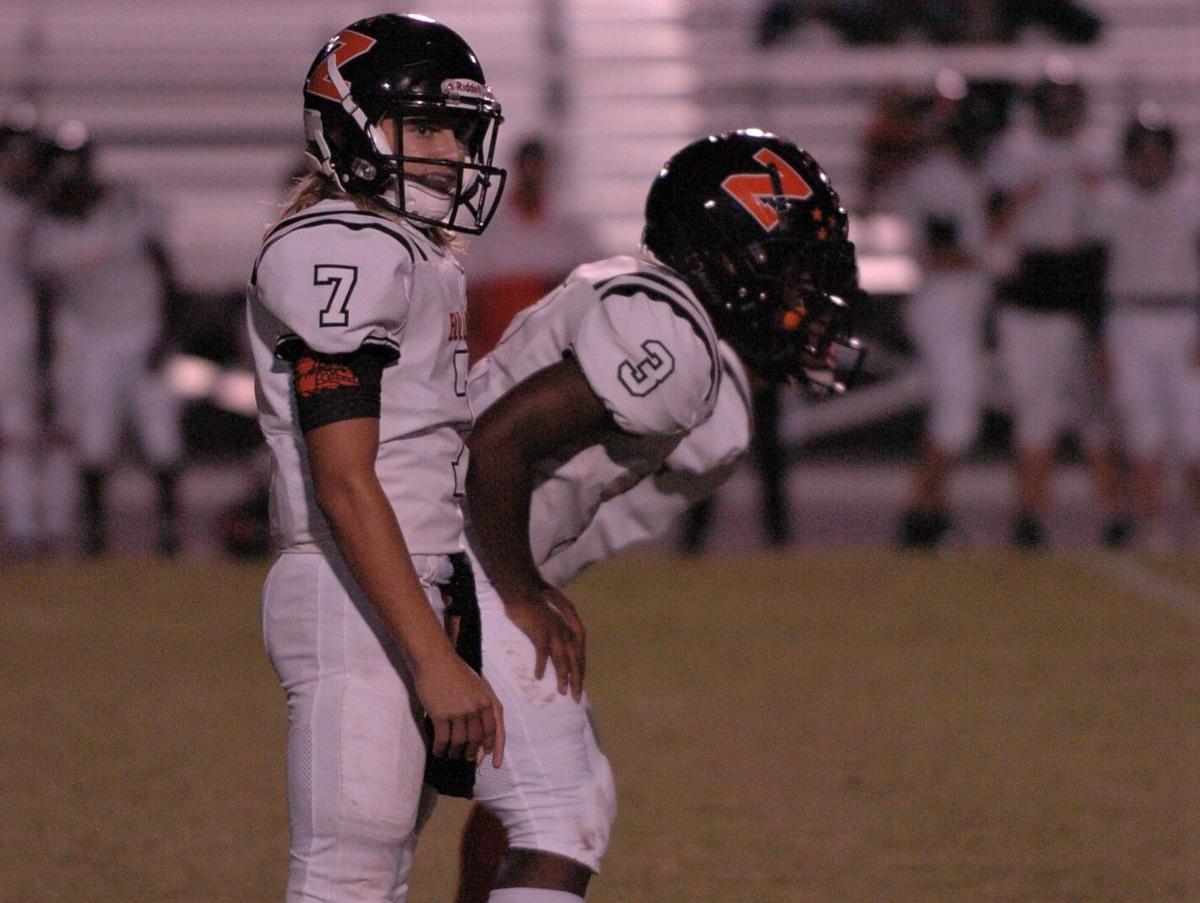 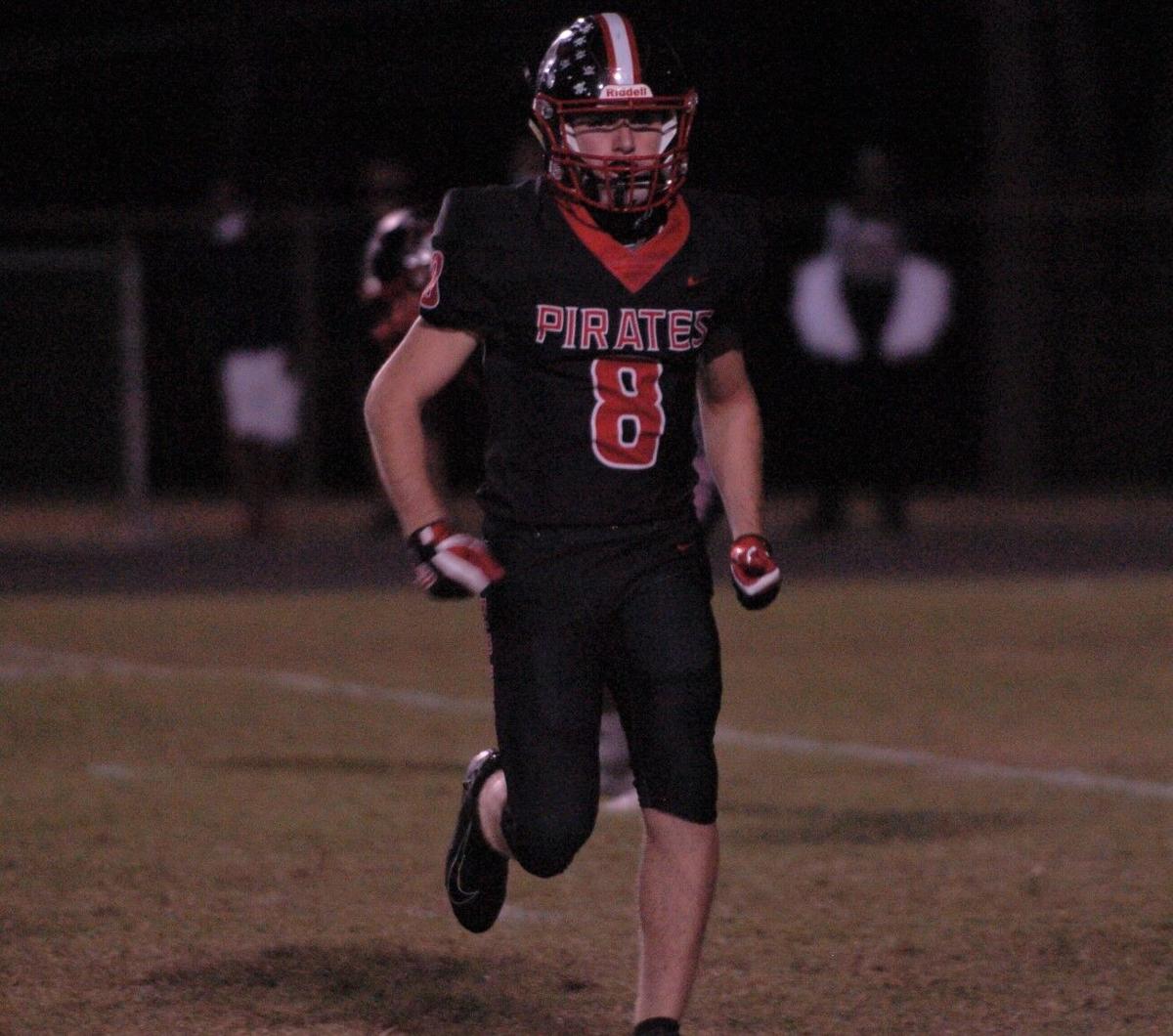 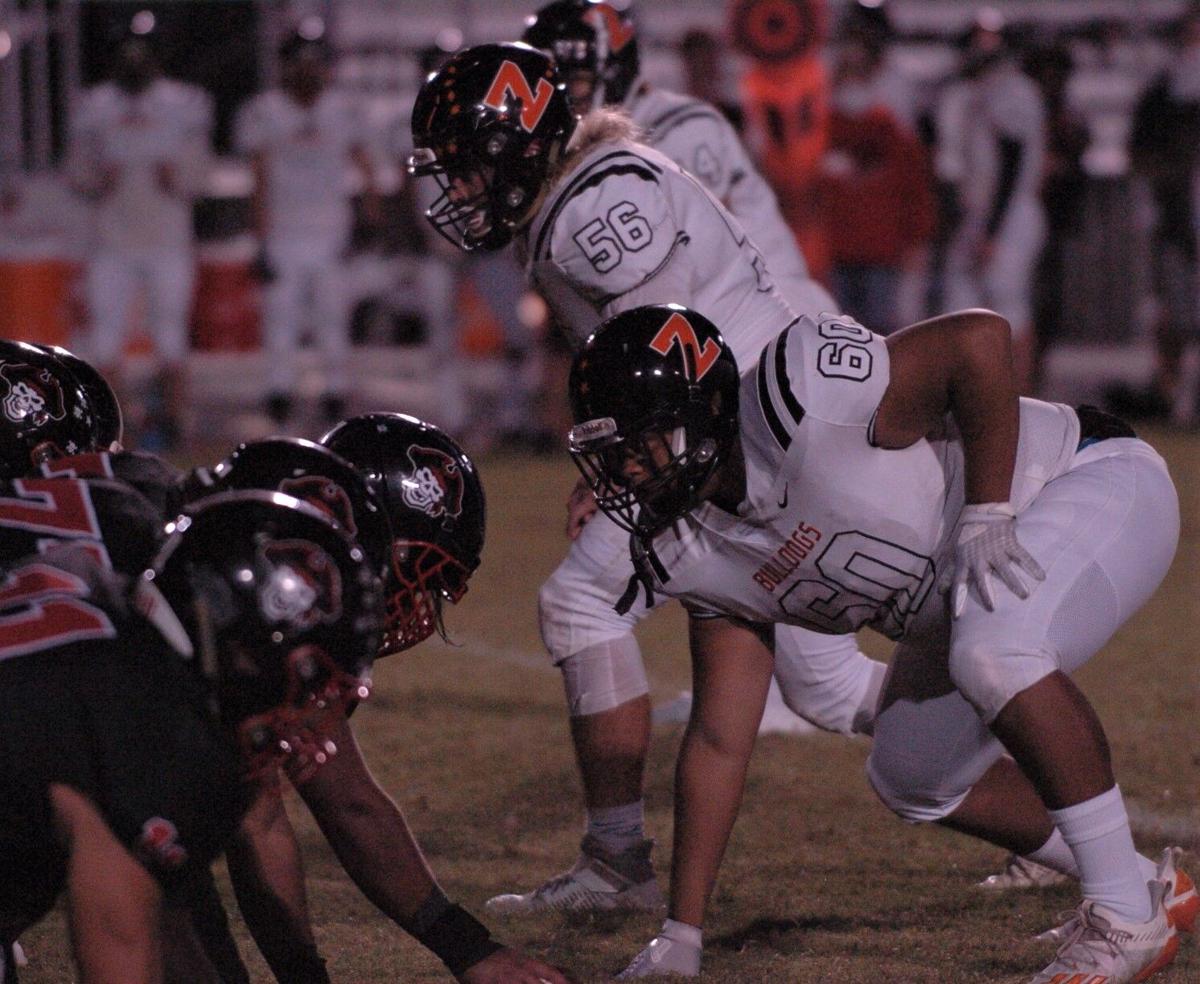 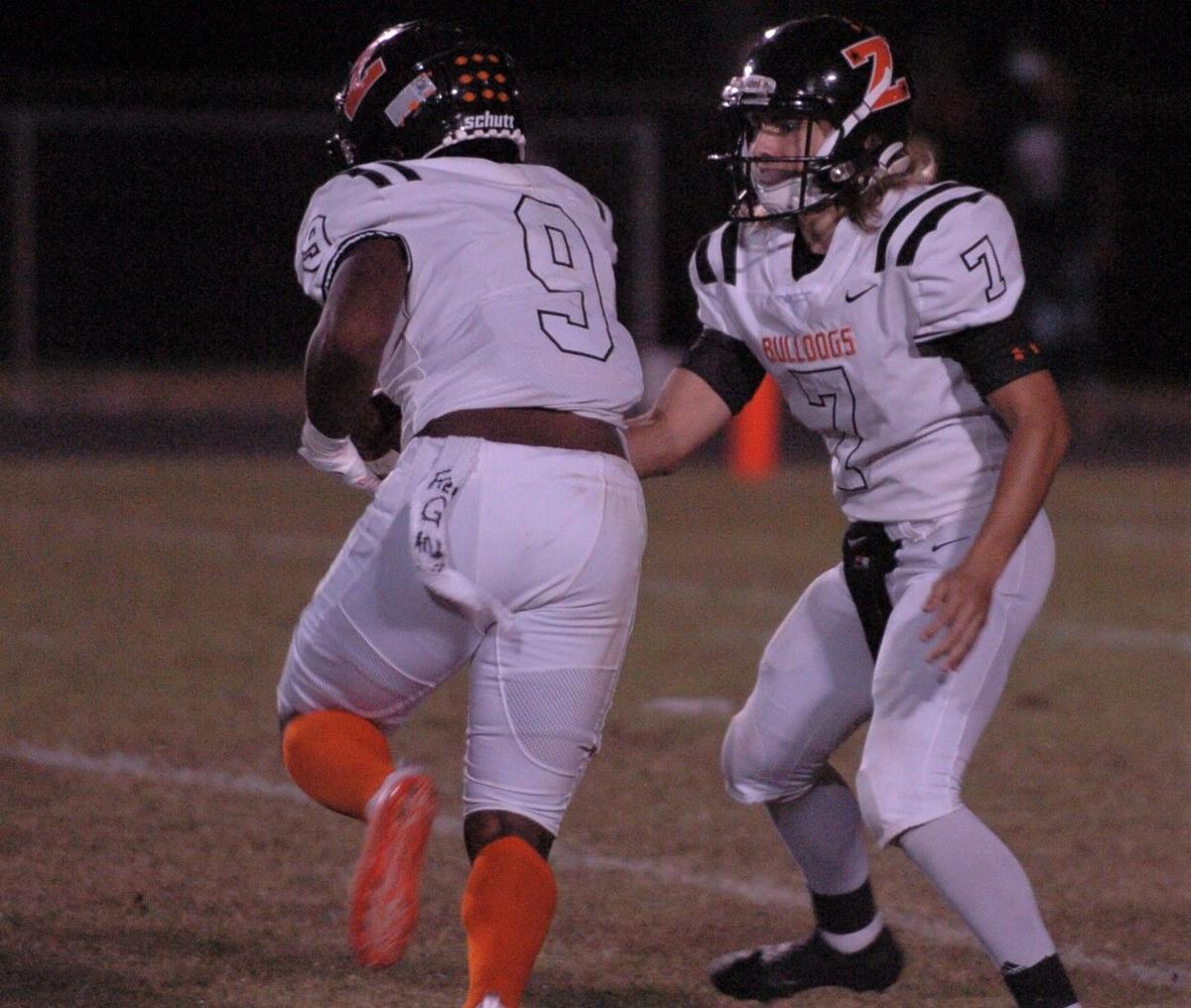 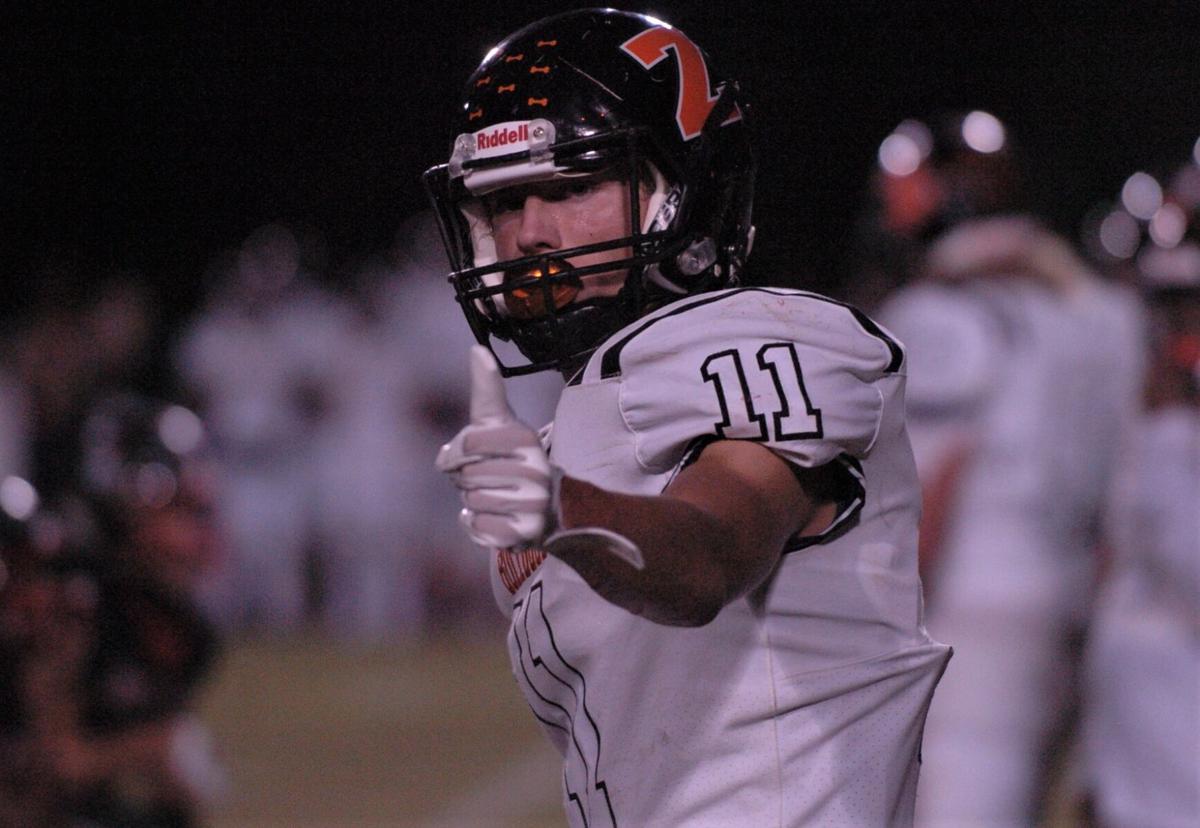 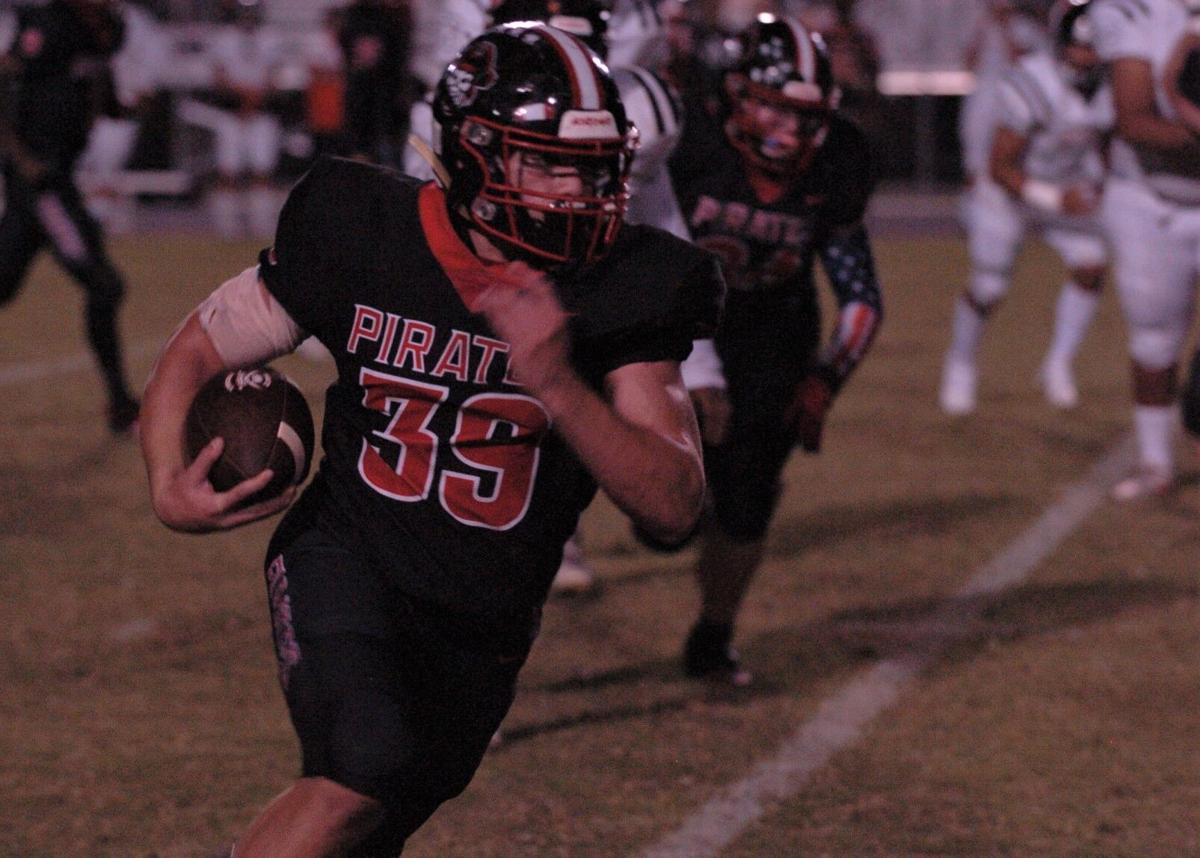 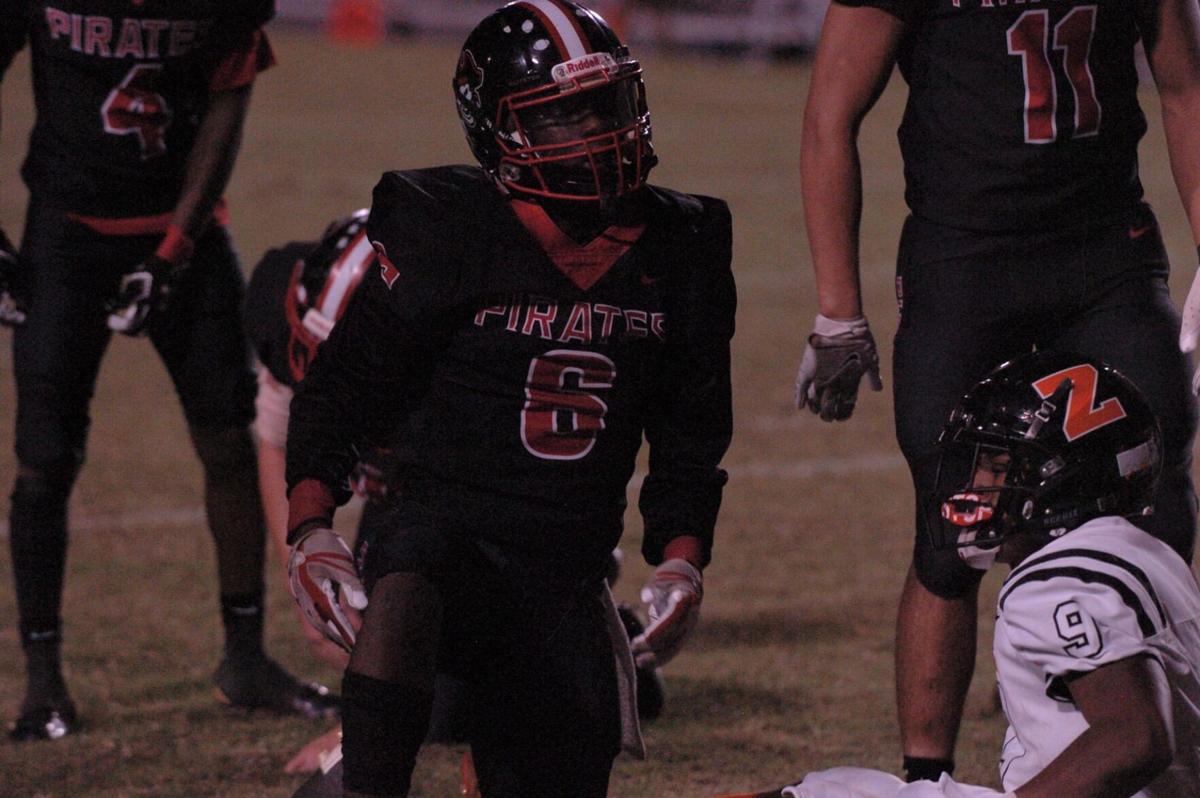 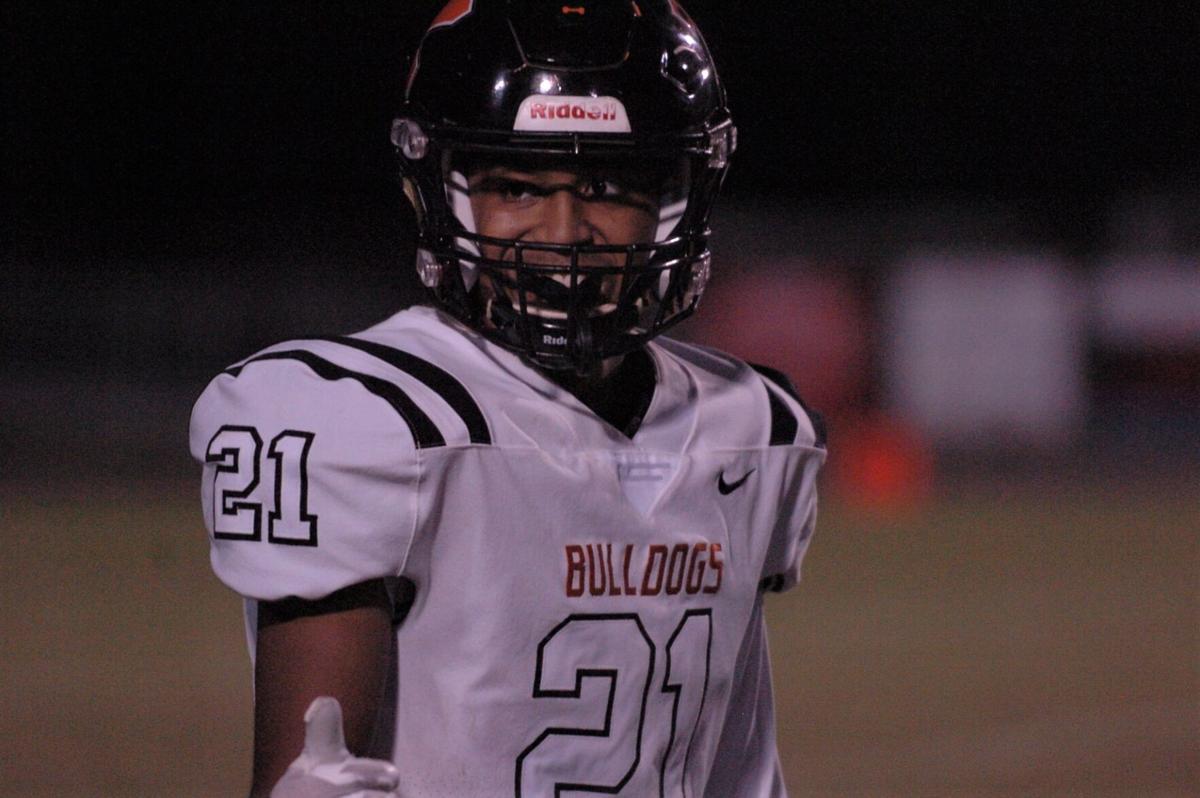 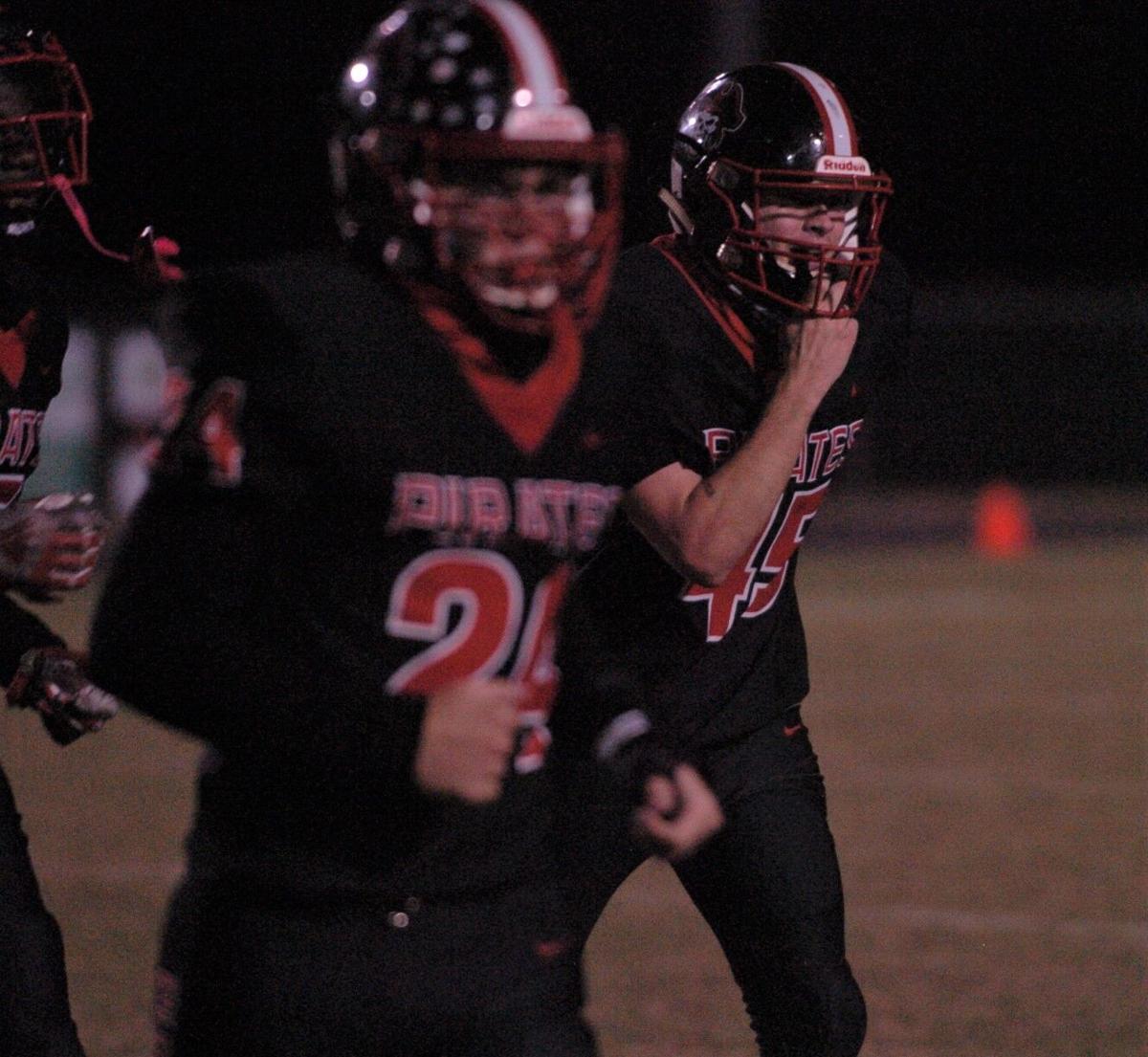 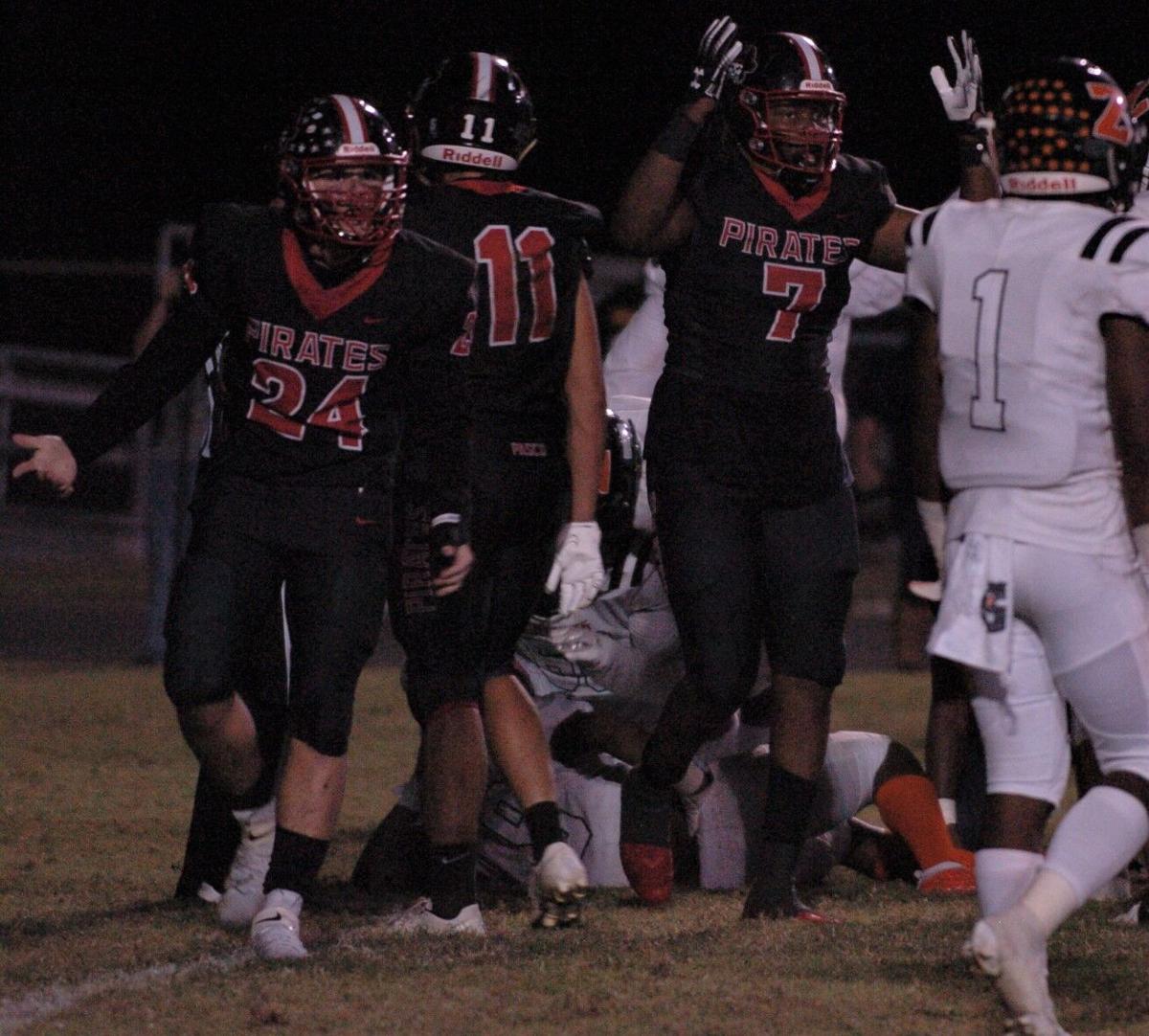 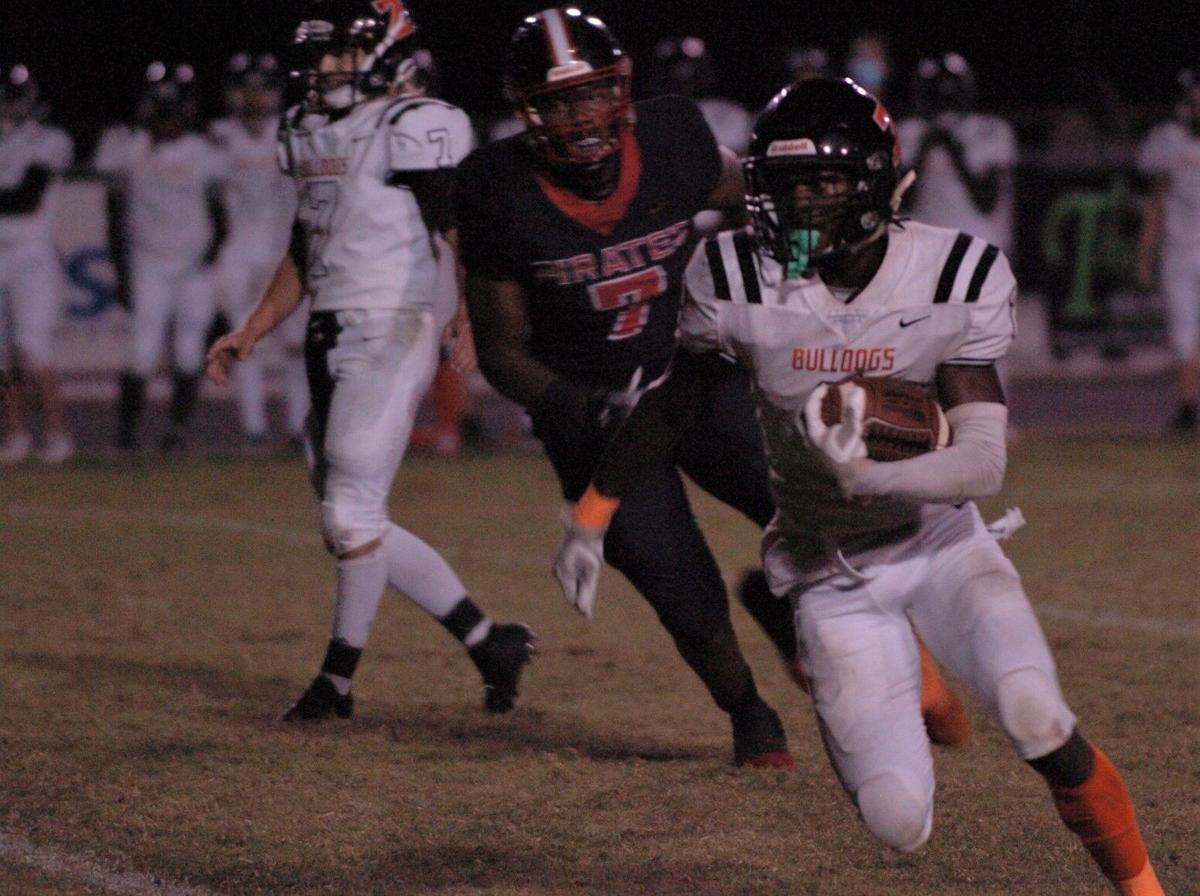 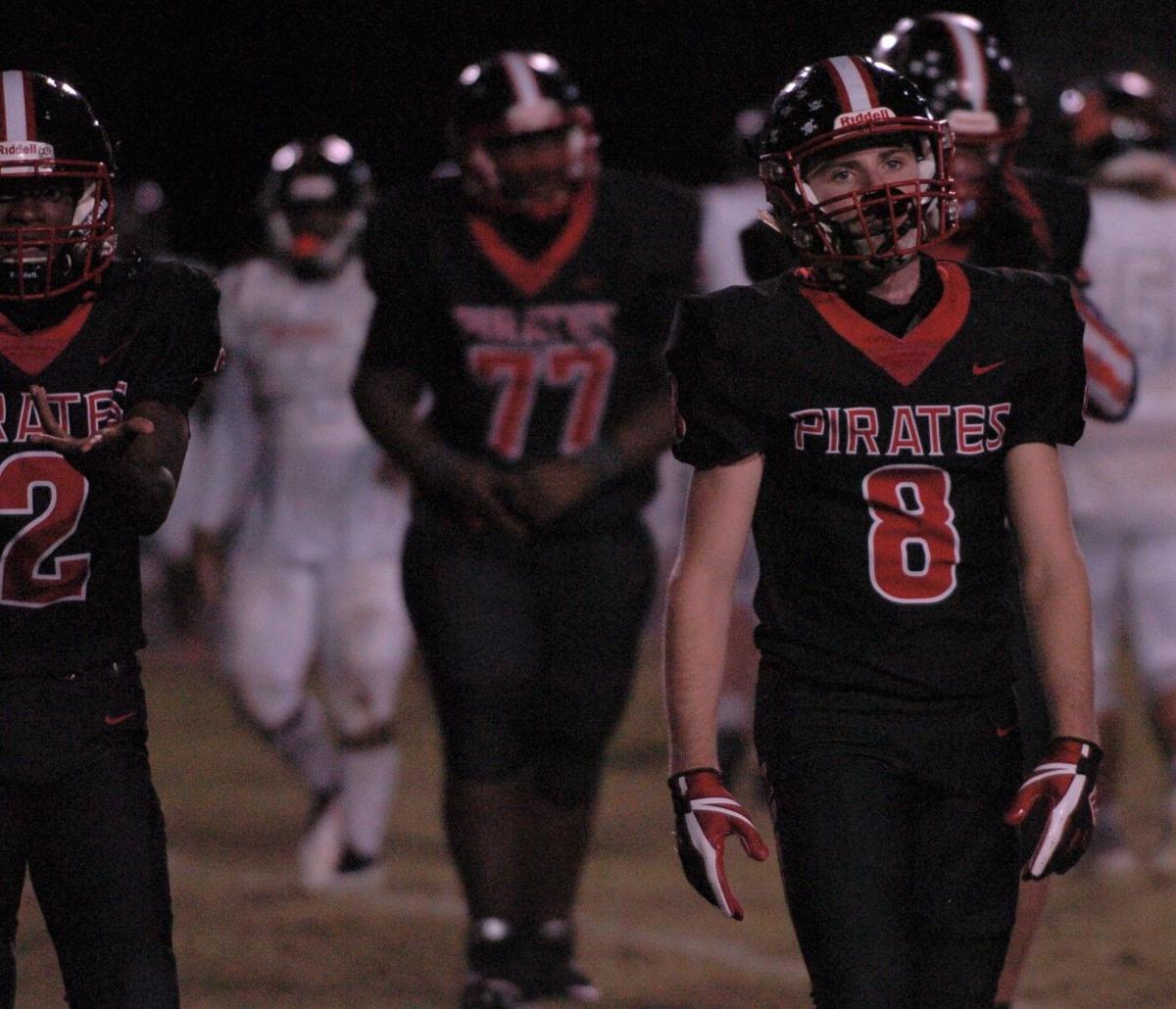 DADE CITY – Zephyrhills pushed is winning streak to six in the annual 9-Mile War with rival Pasco High, but it didn’t come easy.

The 21-0 final score is not indicative of how Friday night’s contest played out. Offense came at a premium, passing was virtually nonexistent on both sides and the Bulldogs clung to a 7-0 lead heading into the final quarter.

The game-clinching drive didn’t arrive until the final minute of the third period. It started with a 23-yard run by Zyre Roundtree. Twenty-seven more yards came next, when quarterback Jaxson Rivera rushed for 12 and picked up another 15 on the play because of a critical unnecessary roughness penalty. That final play of the third quarter pushed the line of scrimmage to the Pasco 28. Three Roundtree rushes later and the Bulldogs were up 14-0.

Pasco still had almost the entire fourth quarter to make up two scores, but the mistakes piled up. The Pirates’ next – and last – four possessions ended with lost fumbles, three of which came on the center-to-quarterback exchange.

Roundtree finished with a game-high 132 yards rushing, picking up 105 of those in the second half. Gallimore accounted for the two other touchdowns, scoring the game’s first on a 15-yard reception early in the second quarter. The senior nearly added a third score on the first play from scrimmage midway through the final quarter. Gallimore caught a short pass from Rivera and raced all around the field for an 18-yard touchdown, but the athletic effort was negated by a penalty.

Gallimore’s touchdown catch that counted was the lone Zephyrhills completion of the night, but it’s all the Bulldogs needed to notch their sixth win in a row this season after starting 0-2. Four of six of Zephyrhills’ victories have come in shutout fashion.

Pasco didn’t go to the air much, either, completing 4 of 6 passes for 27 yards. The Pirates rushed for 126 yards, led by 53 on nine carries by EJ Redfield.

The Pirates’ best scoring opportunity of the night came during the final moments of the first half. Seven straight runs pushed Pasco to the Bulldogs 2, but a fourth-and-goal run got stuffed in the backfield.

Pasco was back at it to start the second half, when senior Kaleb Myers picked off Rivera three plays into the third quarter. The Pirates started the ensuing possession inside Zephyrhills territory but couldn’t get any closer to the end zone than the 34-yard line before having to punt.

Friday’s loss drops Pasco to 4-5 heading into its Class 6A playoff game against Lecanto (4-2) next week. Lecanto fell 26-8 at home Friday against Hernando.

Zephyrhills (6-2) will begin the Class 5A playoff bracket next week with a game against Weeki Wachee (3-4).