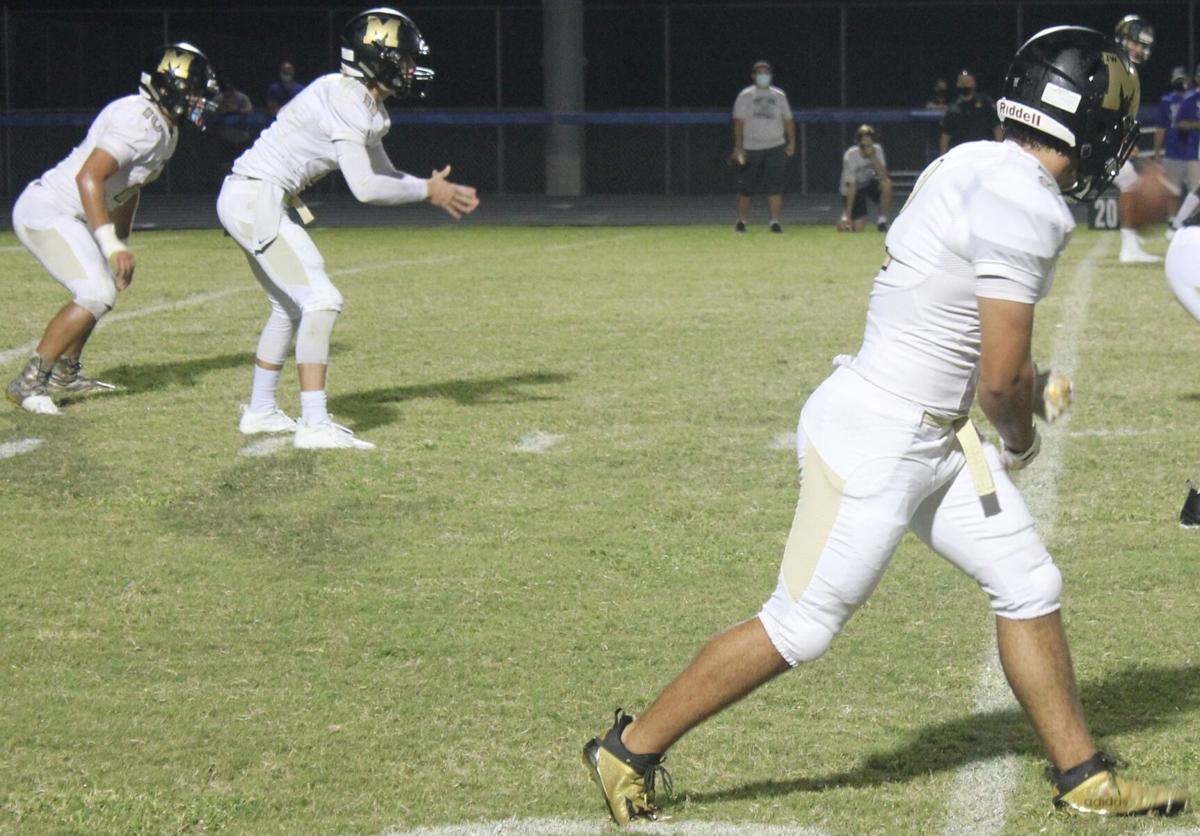 Mitchell and quarterback Ezra Brennan broke open Friday night's game at East Lake in the second half, beating the Eagles 35-0. 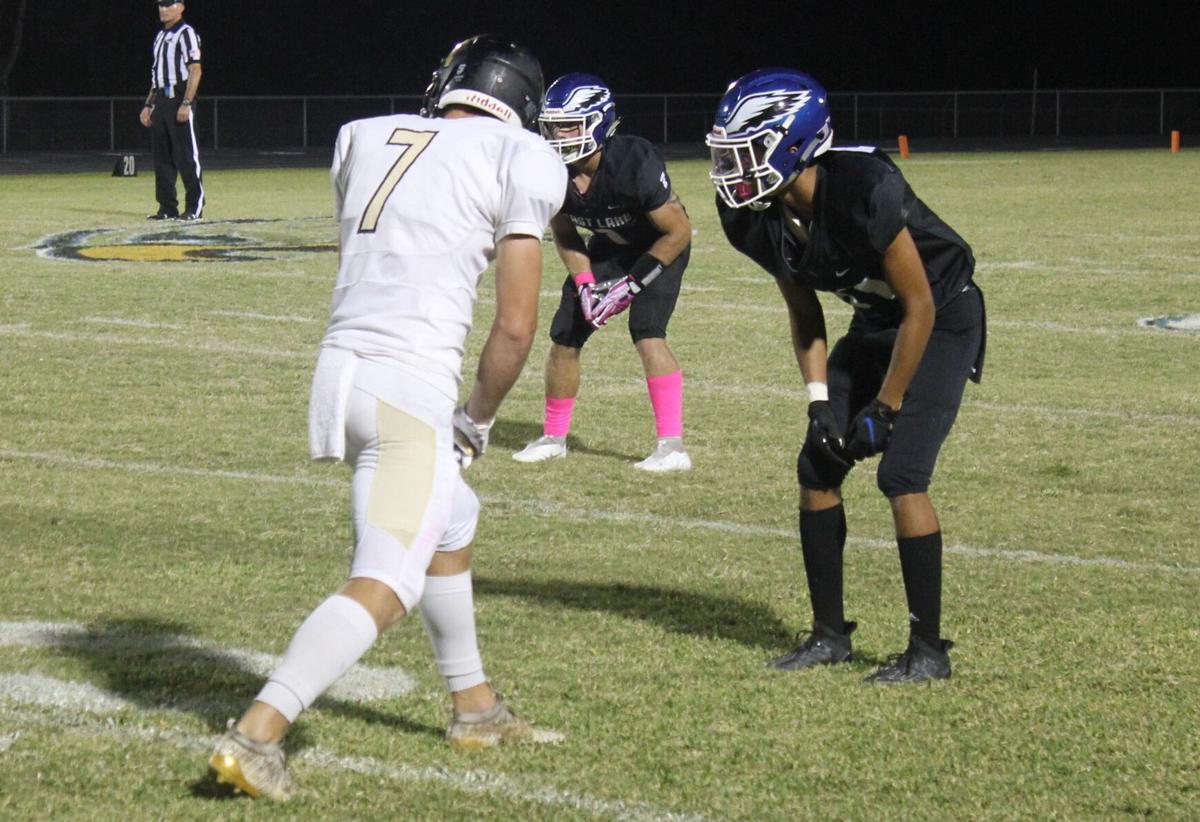 Mitchell and quarterback Ezra Brennan broke open Friday night's game at East Lake in the second half, beating the Eagles 35-0.

Anderson scored on receptions of 11, 25 and 22 yards from fellow senior quarterback Ezra Brennan, all in the second half.

Brennan finished his night completing 13 of 18 passes for 140 yards and four touchdowns. His first scoring strike went to Elijah Hadley for 15 yards that put Mitchell up 7-0 with 4:09 left in the opening quarter.

Mitchell didn’t break the game open until the second half as both teams’ defenses controlled the action through two quarters The Mustangs and Eagles posted 79 total yards in the first half – combined. Defense accounted for the only other touchdown in the first 24 minutes, as well, when Mitchell sophomore Chris Ferrini stepped in front of a Jake Bechtel pass and took it to the end zone for a 40-yard pick-6 midway through the second quarter.

East Lake thought it had the quick-strike answer to Ferrini’s big play, but Friday’s refereeing crew thought otherwise. Dylan Rosiek returned a kick 99 yards for a touchdown, but it was wiped out by a flag near midfield.

The Eagles nearly responded to Hadley’s opening touchdown in the first quarter, as well. Bechtel drove East Lake to the Mitchell 20 before the nine-play march stalled out. Facing fourth-and-long from the Mustangs 25, East Lake’s 42-yard field goal came up a little short.

Staked to a 14-0 lead coming out of the break, Brennan and running back Andy Treto (19 carries for 78 yards) got Mitchell on track in the second half. The Mustangs gained 194 of its 246 total yards over the final two quarters and the final touchdown triggered the running clock with 5:05 remaining.

Mitchell’s Cole Castro snagged the defense’s second interception of the night on East Lake’s first play of the third quarter. Three plays later, Brennan was hitting Anderson for the first of their three touchdowns and Mitchell led 21-0.

The victory improves Mitchell to 3-0 and the Mustangs have now outscored their opponents by a combined 138-15. Mitchell heads back home next week for a test against Wiregrass Ranch (2-1).

East Lake’s brief two-game winning streak came to an end Friday and the Eagles will try to rebound next Friday at home against River Ridge (3-1).