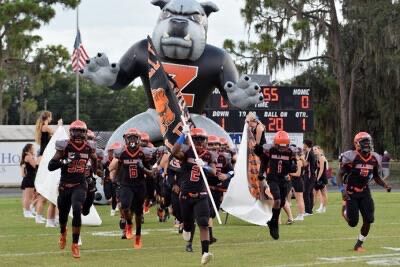 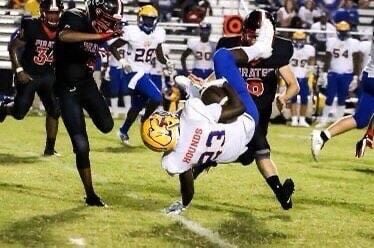 This year has been a roller coaster to say the least and whether high school football will be played or not is a question up in the air. Pasco County sports was expected to resume official practices Aug. 24 and that will allow for enough time to get ready and get on the field sometime on Sept. 11. We take a look at some of the East Pasco schools and preview the 2020 campaign.

The Coyotes were a playoff team last season and that’s something many people tend to forget. Cypress Creek did lose several key players from last year, but still return enough to compete in the county and beyond.

Year 1 of first-year head coach Ronald Baughn will be the beginning for the Gators in what could be a rebuild, as the program is coming off a down season. Baughn has to figure out the quarterback position after Ethan Forrester graduated.

It’s Year 2 of the Pirates under Jason Stokes and Pasco is looking to turn the corner with a tough 2020 schedule on tap. Pasco didn’t leave themselves much room for error as they have Auburndale, Lake Minneola and Clearwater Central Catholic all scheduled for games.

Trey Burdick now enters his second season at the helm in transitioning the Seahawks away from Browning era. Sunlake ran more of a spread offense last season and will look to continue fine tuning the offensive end of the ball.

The going could get really tough for Anthony Egan and crew. The Wildcats head coach stated the team has lost six players due to transferring out, with four of them being all conference selections.

The Bulls could be the best team in Pasco County and much of that can be tied to the right arm of quarterback Rocco Becht. The junior gunslinger was stellar as a sophomore and has bulked up and worked all offseason on his throwing mechanics. Watch out defenses.

Always one of the more interesting teams heading into any season is the Bulldogs. Always cropped full of talent, Nick Carroll’s bunch had an up and down 2019 season and aim to bounce back. Offense will look to find their identity early on.

Losing Malik Jones hurts a ton on both sides of the ball, but the Warriors still gained over the offseason. Nick Novo transferred in from California and the 6-foot-4, 220-pound quarterback will be a difference maker this fall.