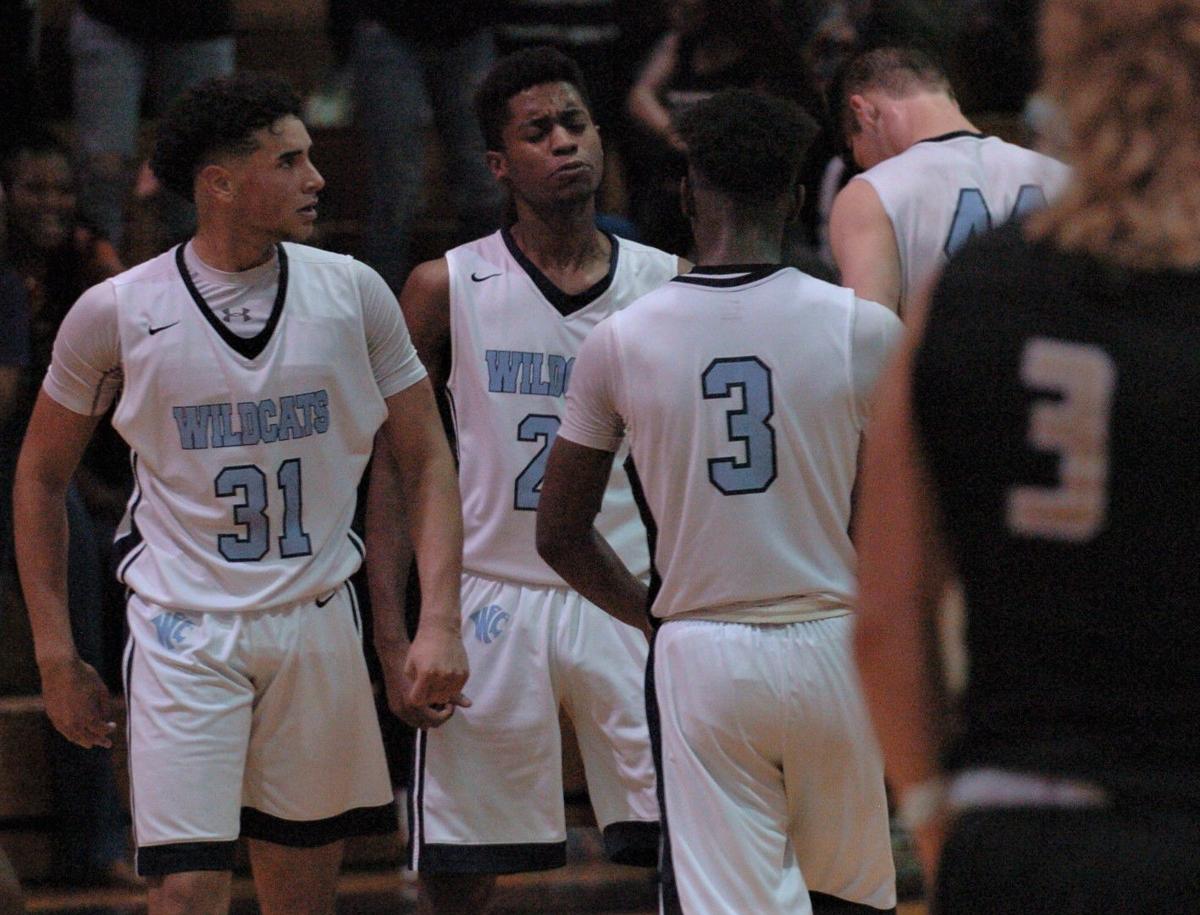 Wesley Chapel players gather around Jordan Austin, center, after the senior's big basket late in the fourth that game the Wildcats the lead for good against Mitchell. 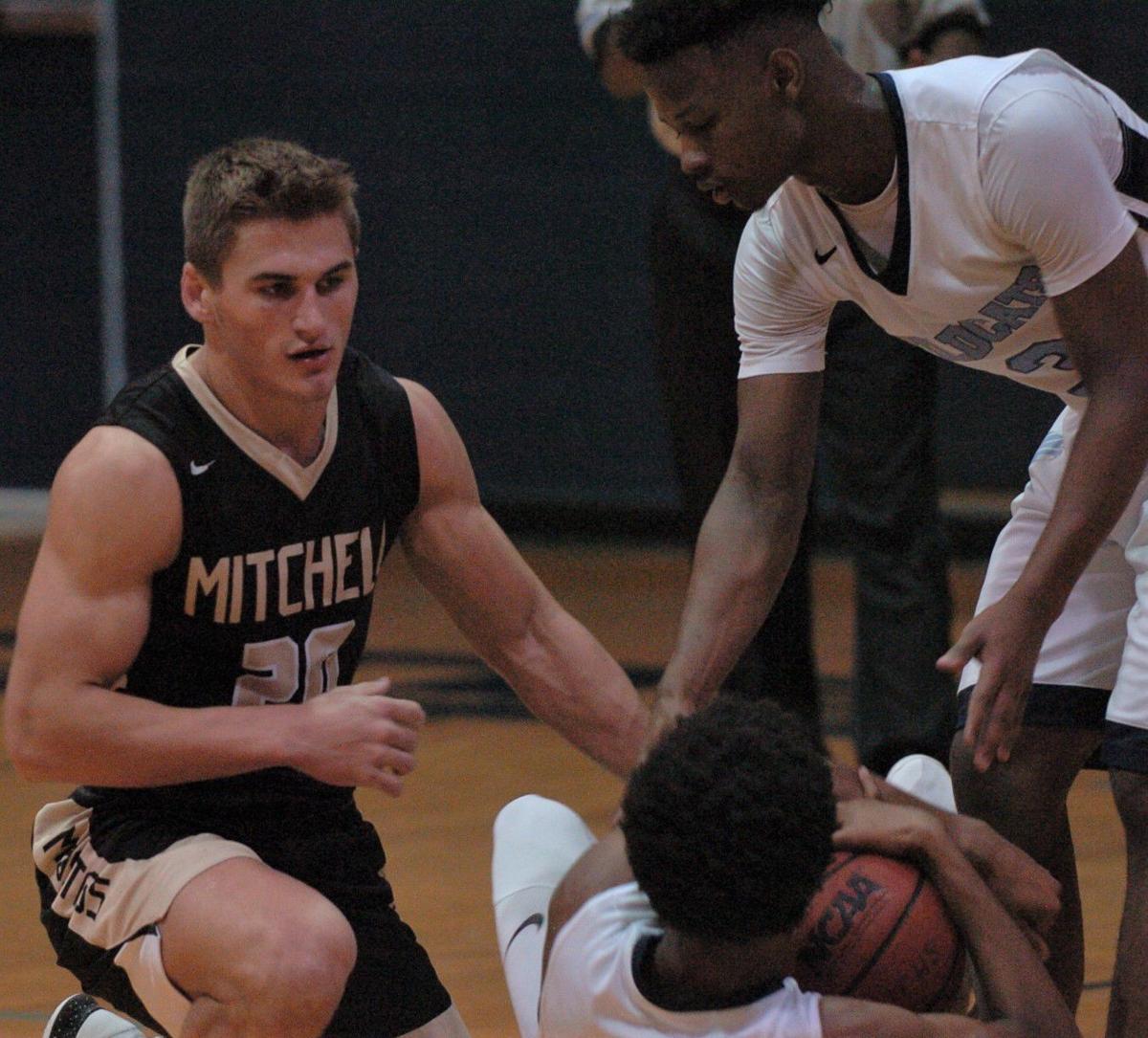 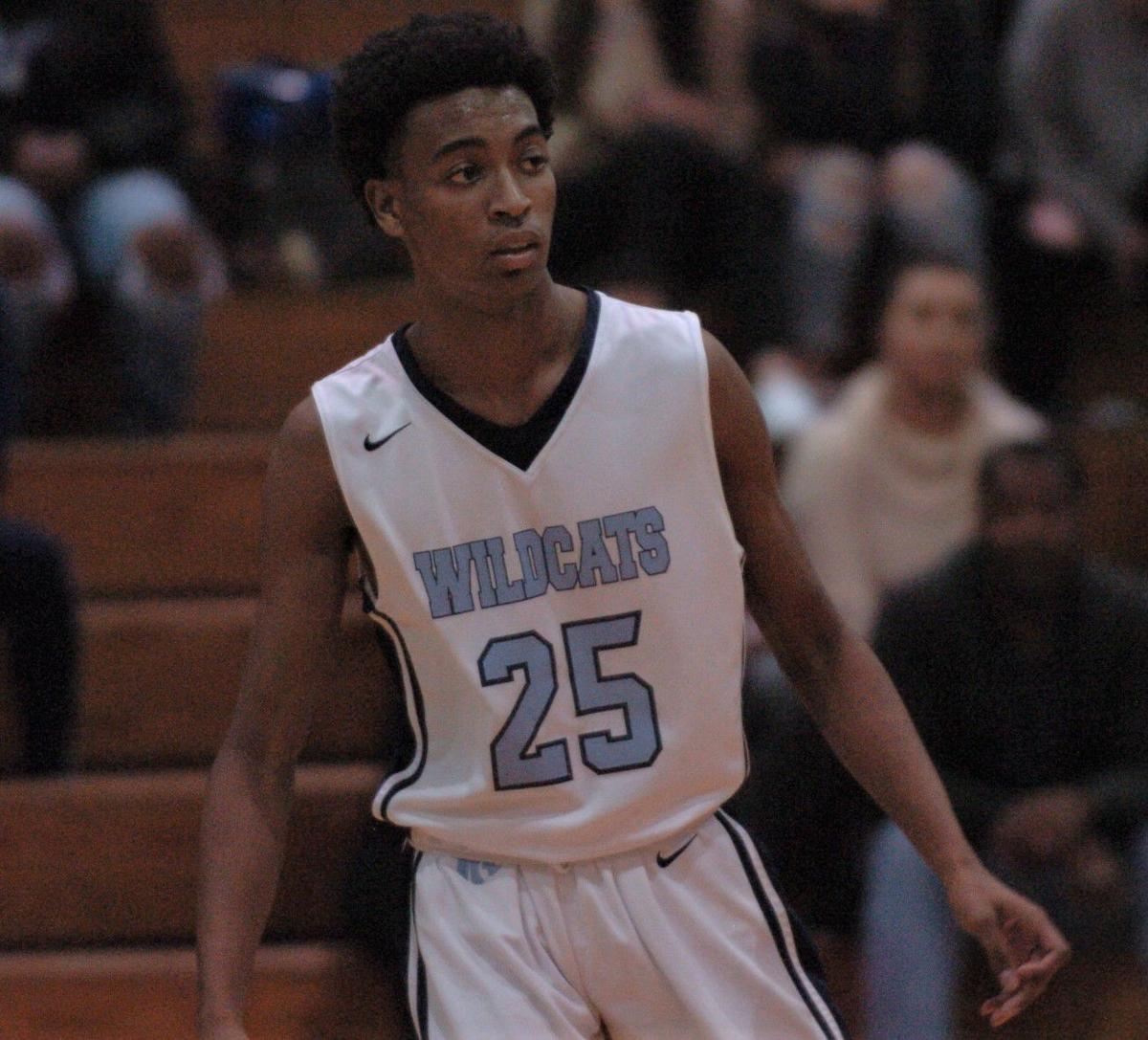 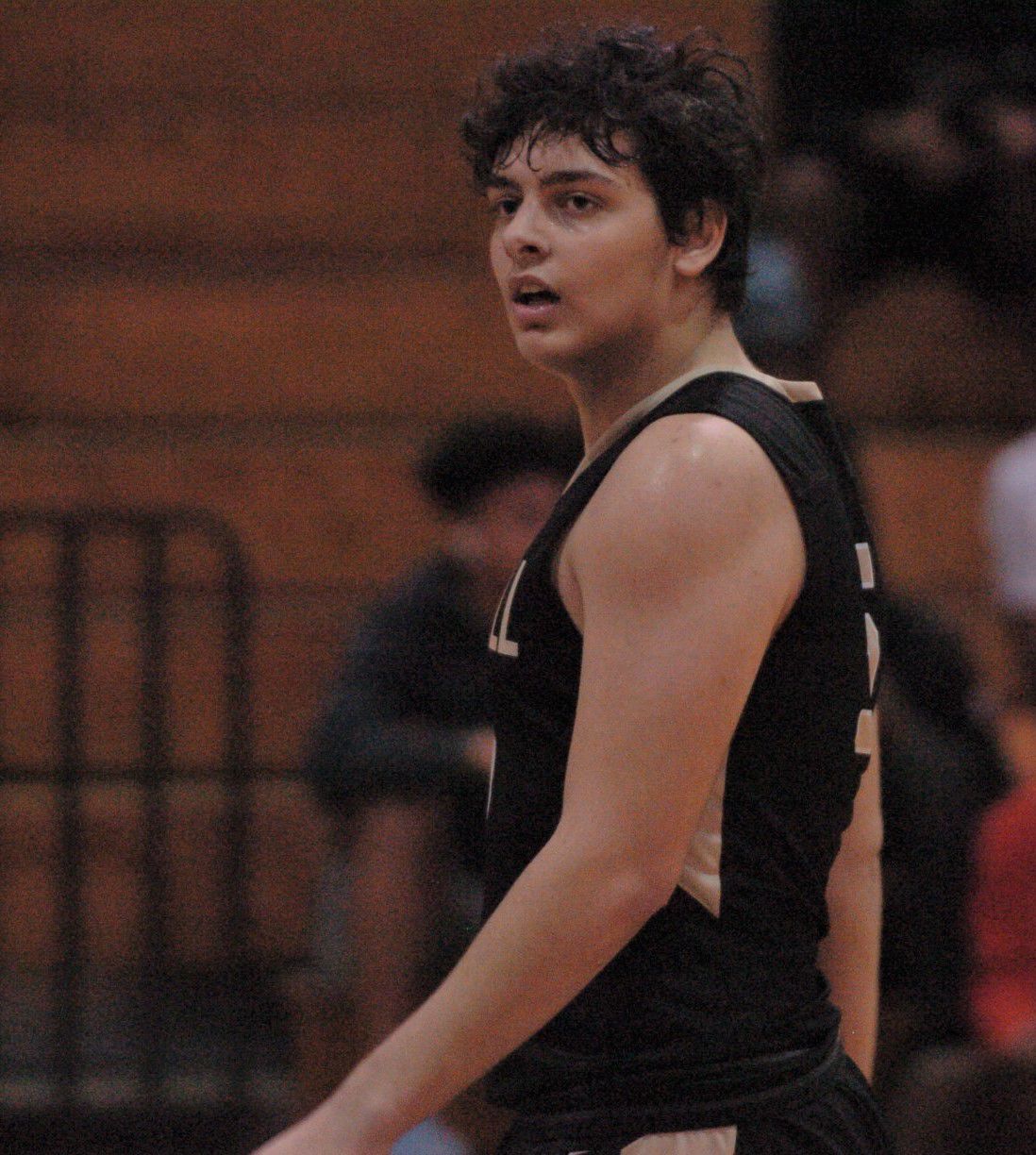 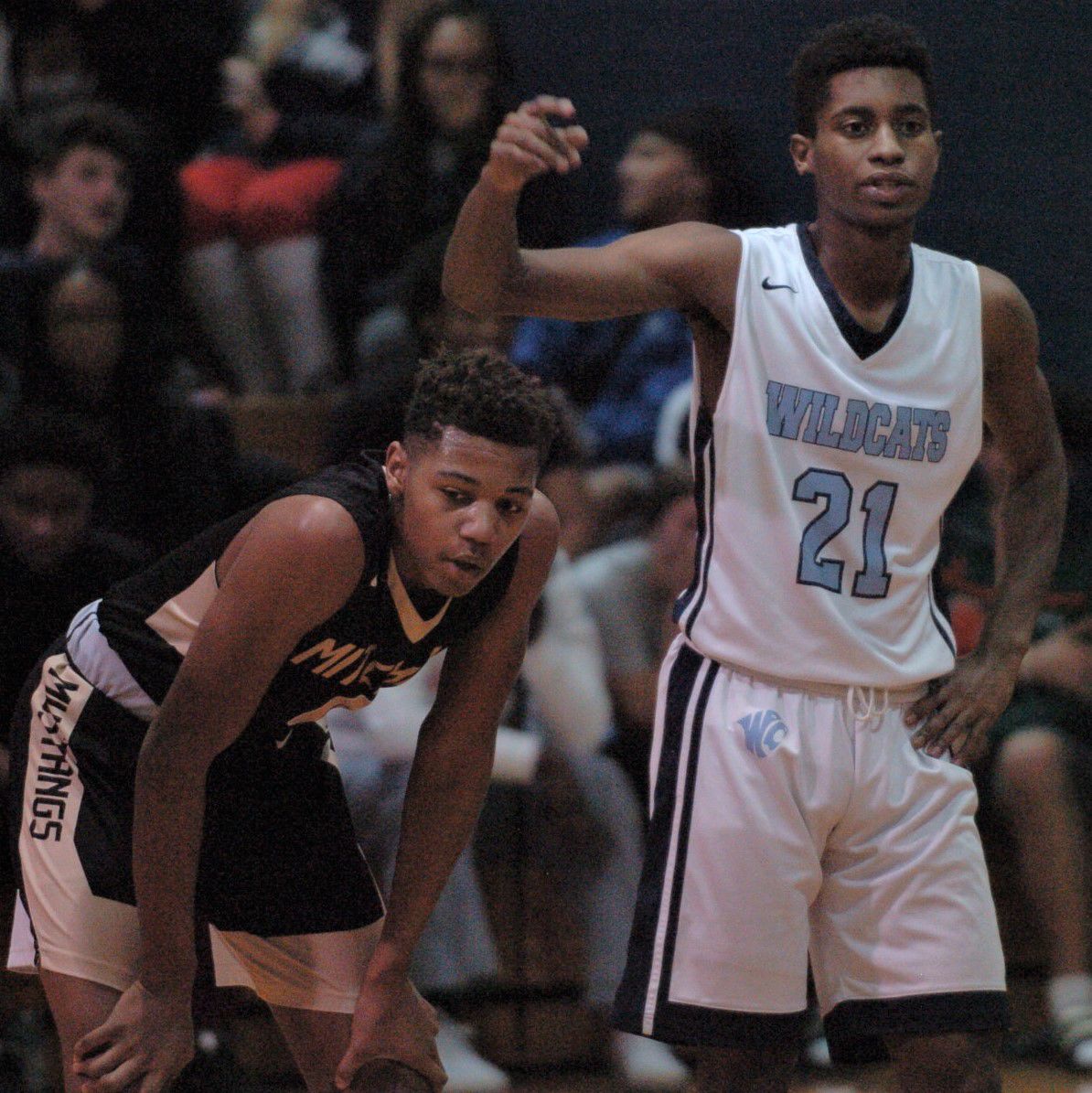 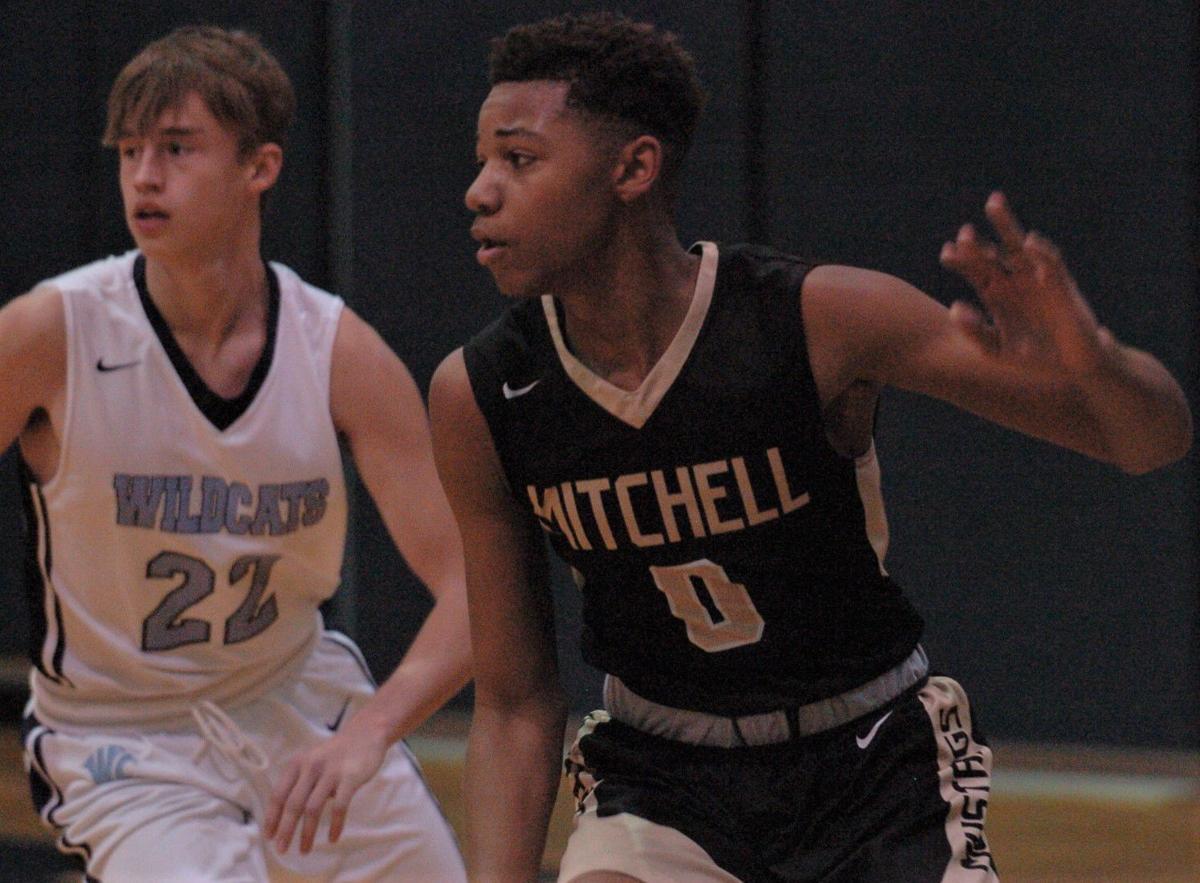 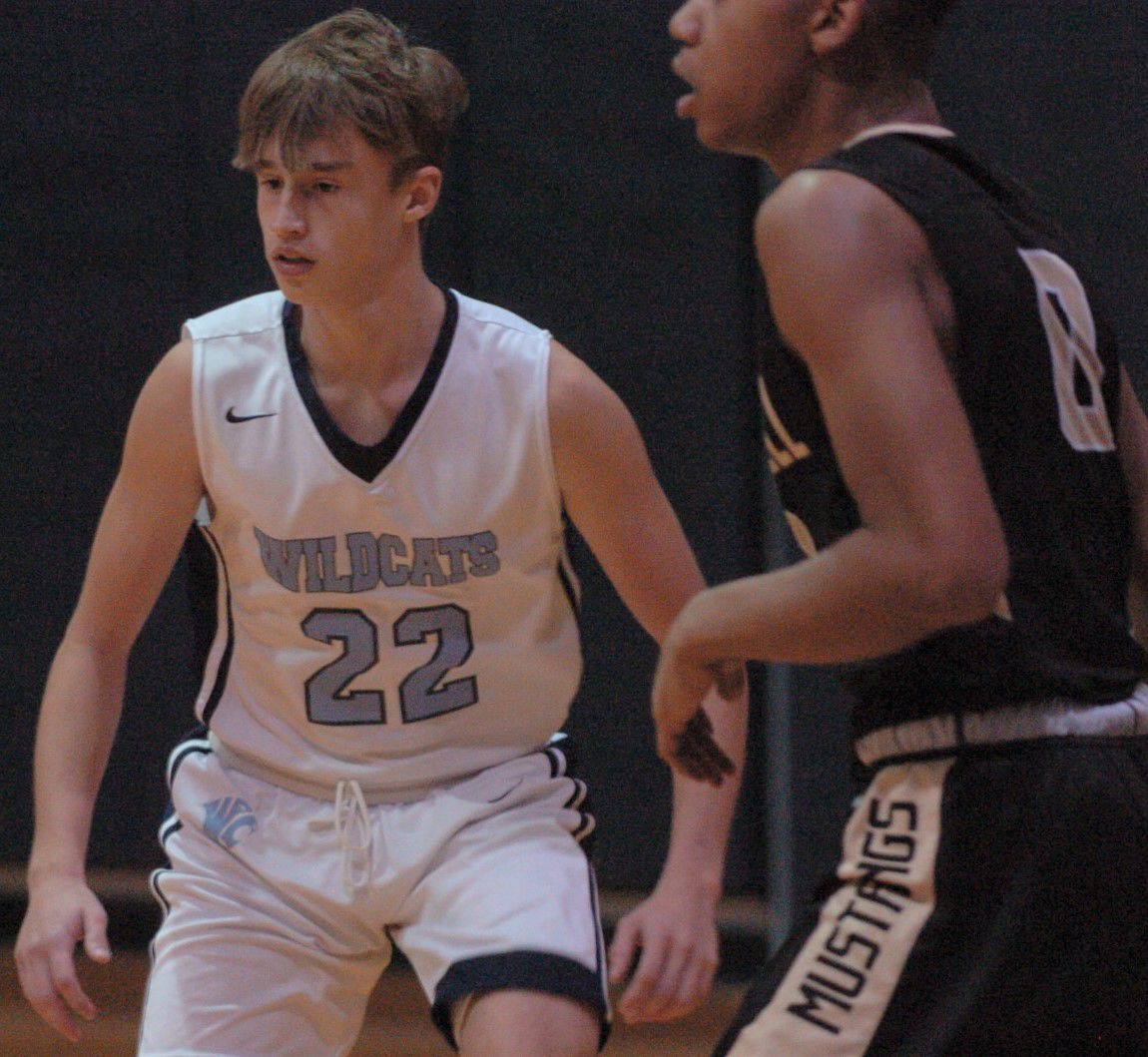 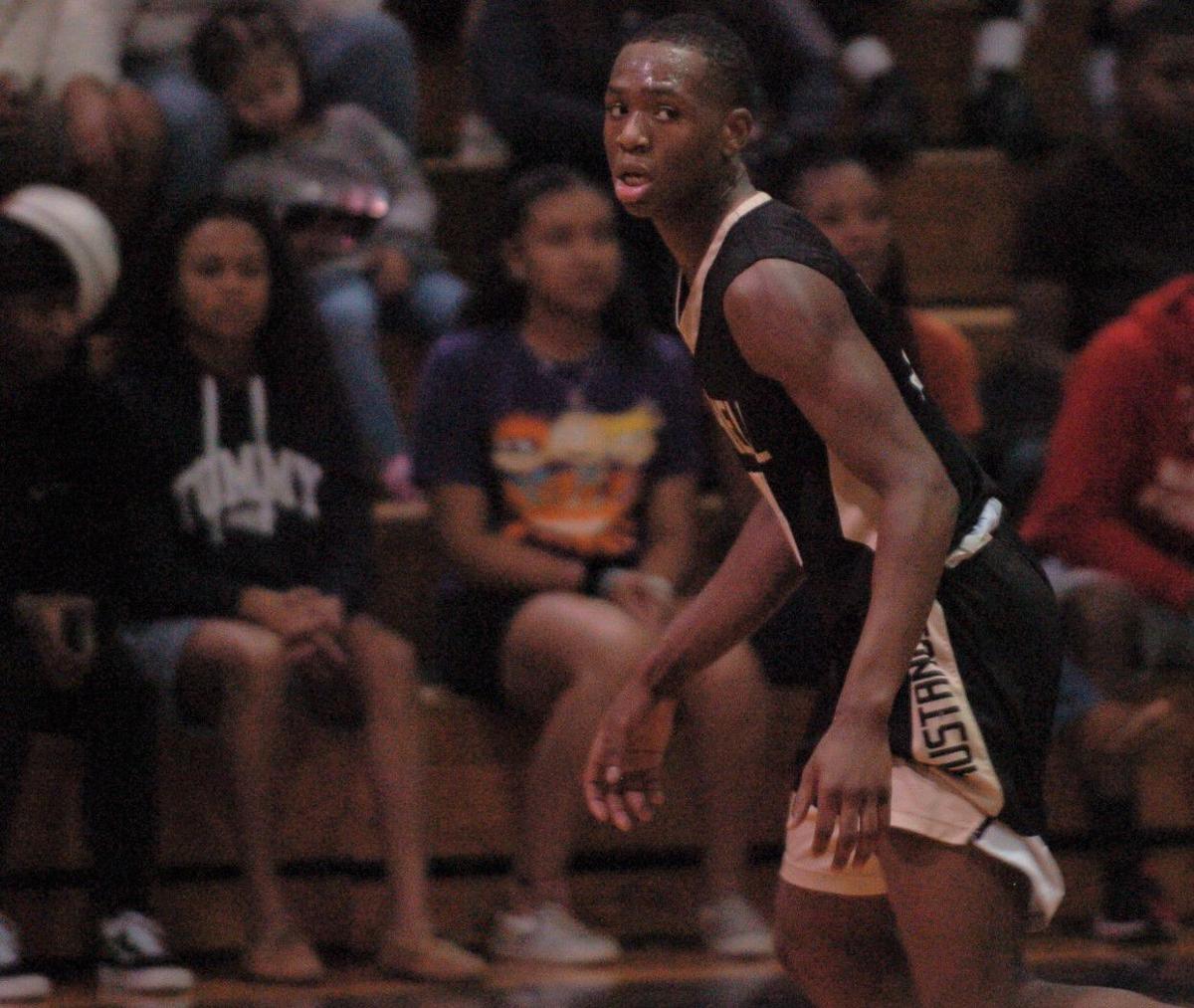 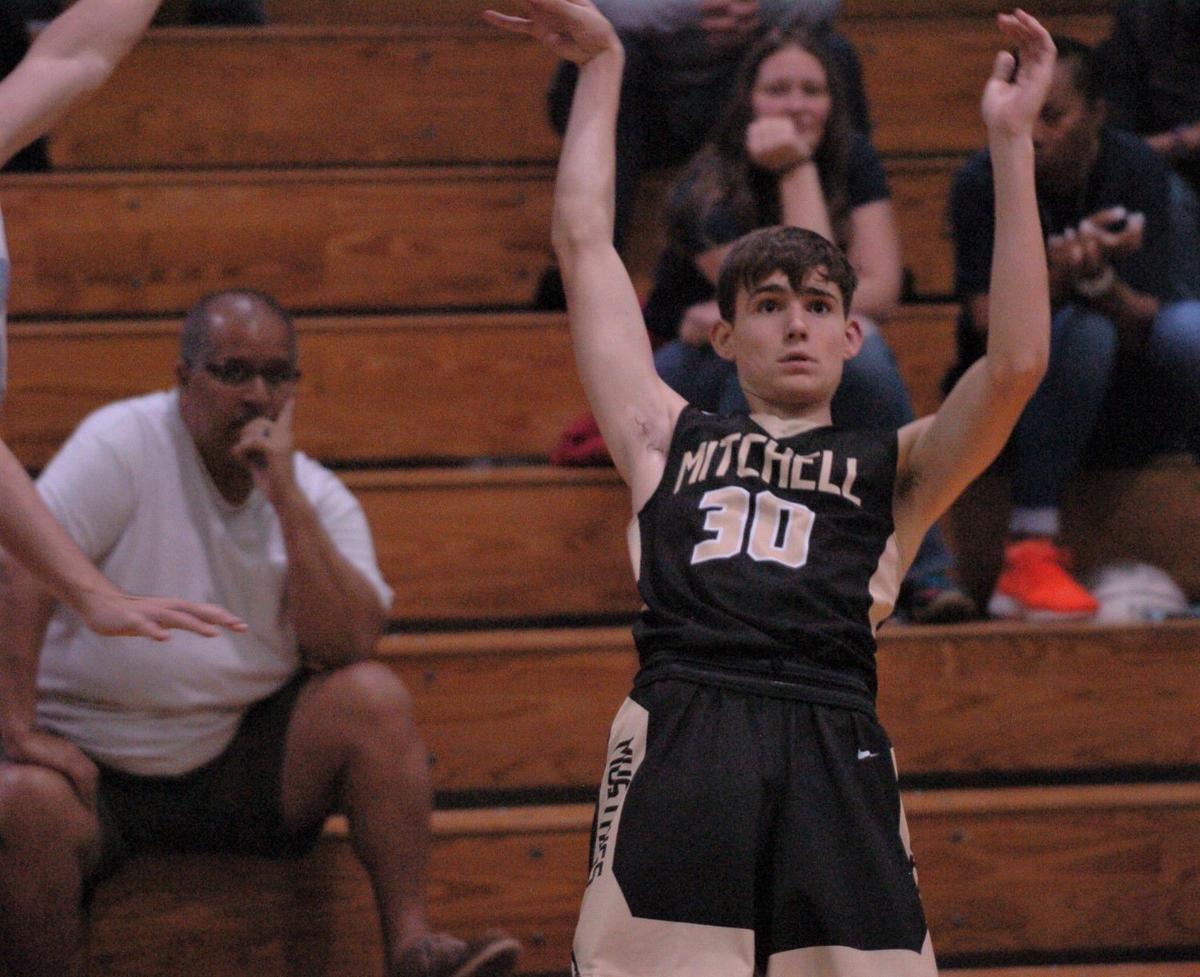 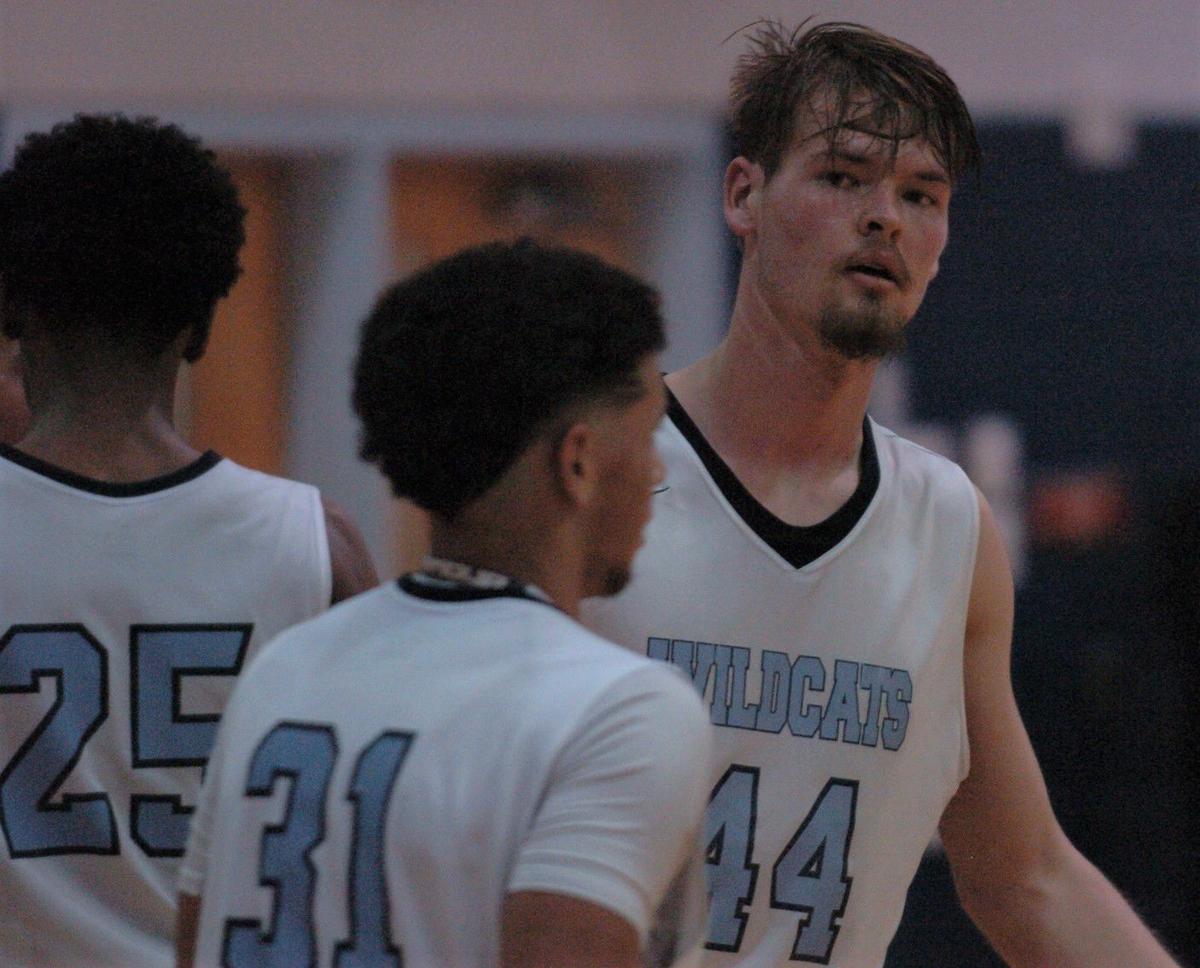 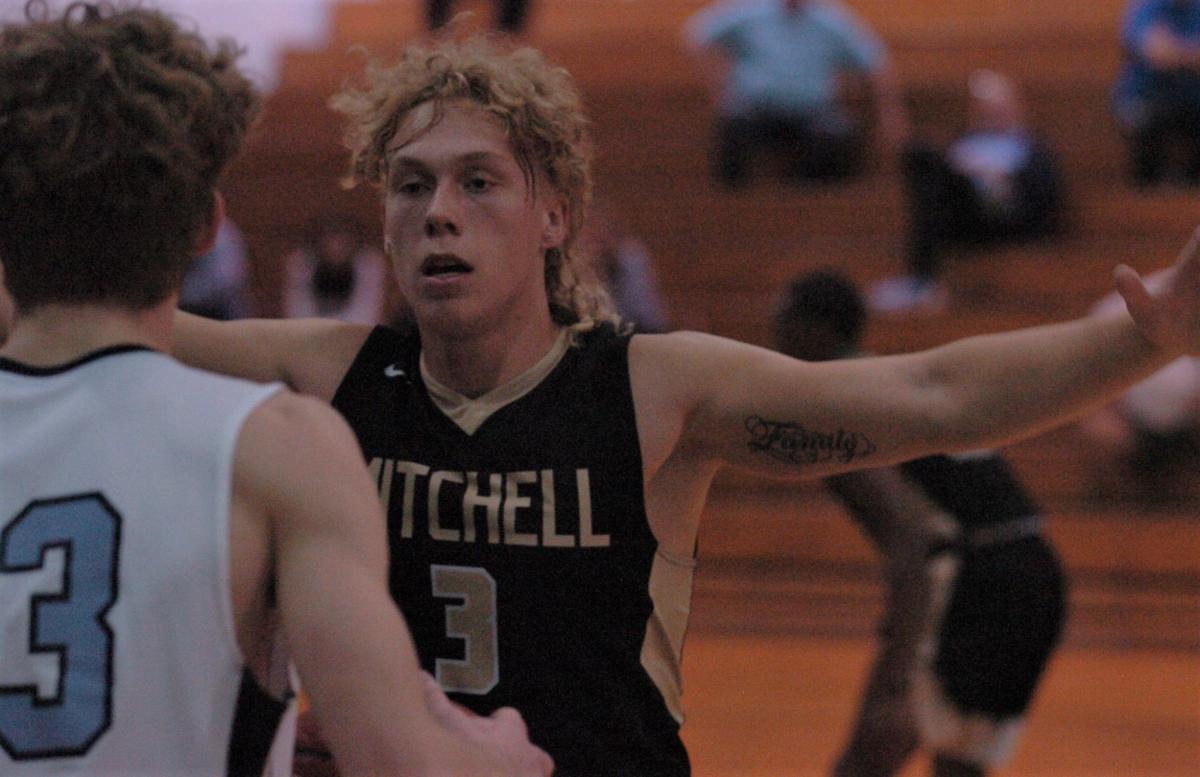 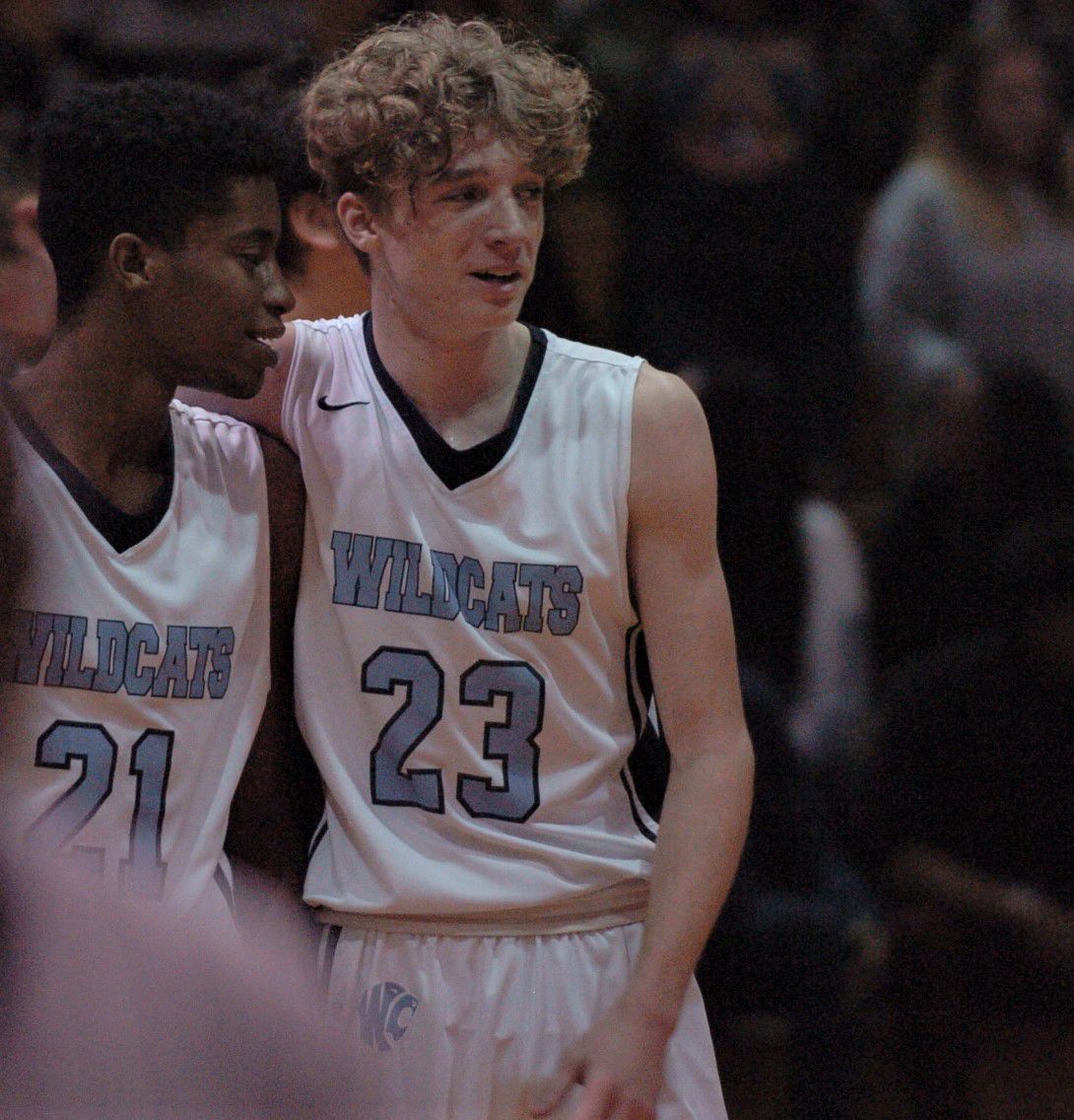 Wesley Chapel players gather around Jordan Austin, center, after the senior's big basket late in the fourth that game the Wildcats the lead for good against Mitchell.

WESLEY CHAPEL – This game was not much of one the first time Mitchell and Wesley Chapel met back on Dec. 4.

The Wildcats dominated from the jump and led by 27 points at the half before winning 98-76.

That was not the case Thursday night at Wesley Chapel.

It was Mitchell that got off to the hot start this time around, leading 18-10 after one quarter and holding an advantage into halftime. The Mustangs’ press defense helped pressure Wesley Chapel into 13 first-half turnovers (29 for the game) and the Wildcats couldn’t get much to drop despite having success getting to the rim.

The hosts didn’t let either of those frustrations get to them, however, and kept chipping away at Mitchell’s single-digit lead until flipping it early in the third quarter. Sam Lowe’s offensive rebound and put-back put Wesley Chapel up 32-30, its first lead since 2-0.

The Wildcats pushed that advantage to as many as 10 points with less than a minute to play in the third quarter, but back-to-back 3-pointers by Mitchell’s David Proper and Khamari Smith slashed it to four.

The Mustangs had the game tied 58-58 with about 2:30 left to play until Wesley Chapel answered with a 7-0 run that put it ahead for good.

Smith scored eight of team-high 17 points in the fourth quarter. Alec Hilliard joined him in double figures with 14 points.

Wesley Chapel was led by 6-foot-5 Ethan Jones. The senior posted game highs in points (23) and rebounds (14). Gio Carrillo put up 16 points and Lowe joined Jones in the double-double club with 11 points and 10 rebounds.

Both teams hit the glass well, with Wesley Chapel holding a 52-39 advantage. Mitchell outperformed the Wildcats on the offensive glass 14-8.

Similar to the teams’ December matchup, Wesley Chapel relied on getting to the hoop while Mitchell took aim from long range far more often. Mitchell hit nine 3-pointers, including three from Hilliard, while Wesley Chapel didn’t hit any. That discrepancy was 11-2 in favor of Mitchell back in December.

A big difference from the previous matchup was the absence of Wesley Chapel star senior Isaiah Ramsey. He scored 31 points that night but tore a knee ligament four games later against Nature Coast Tech. He was averaging 27.3 points per game through the Wildcats first four games. Wesley Chapel went 3-1 in those games and they remain a quality squad since the unfortunate injury, going 13-5 since and improving to 16-6 overall after beating Mitchell.

The Wildcats wrap up their regular season next week with home games against Land O’ Lakes on Wednesday and in-town rival Wiregrass Ranch on Friday.

Mitchell fell to 9-12 on the season and get back on the court tomorrow night at home against Brooks DeBartolo Collegiate.