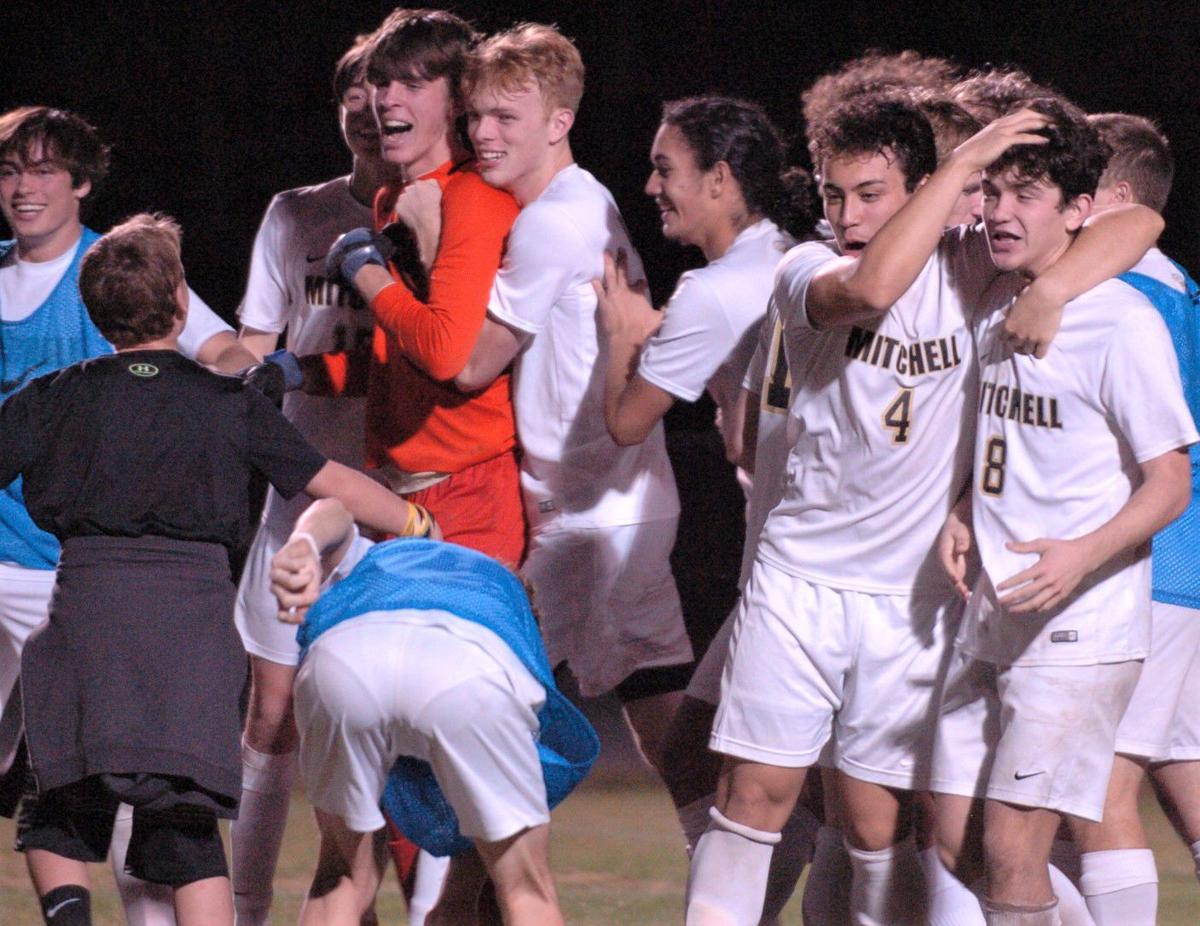 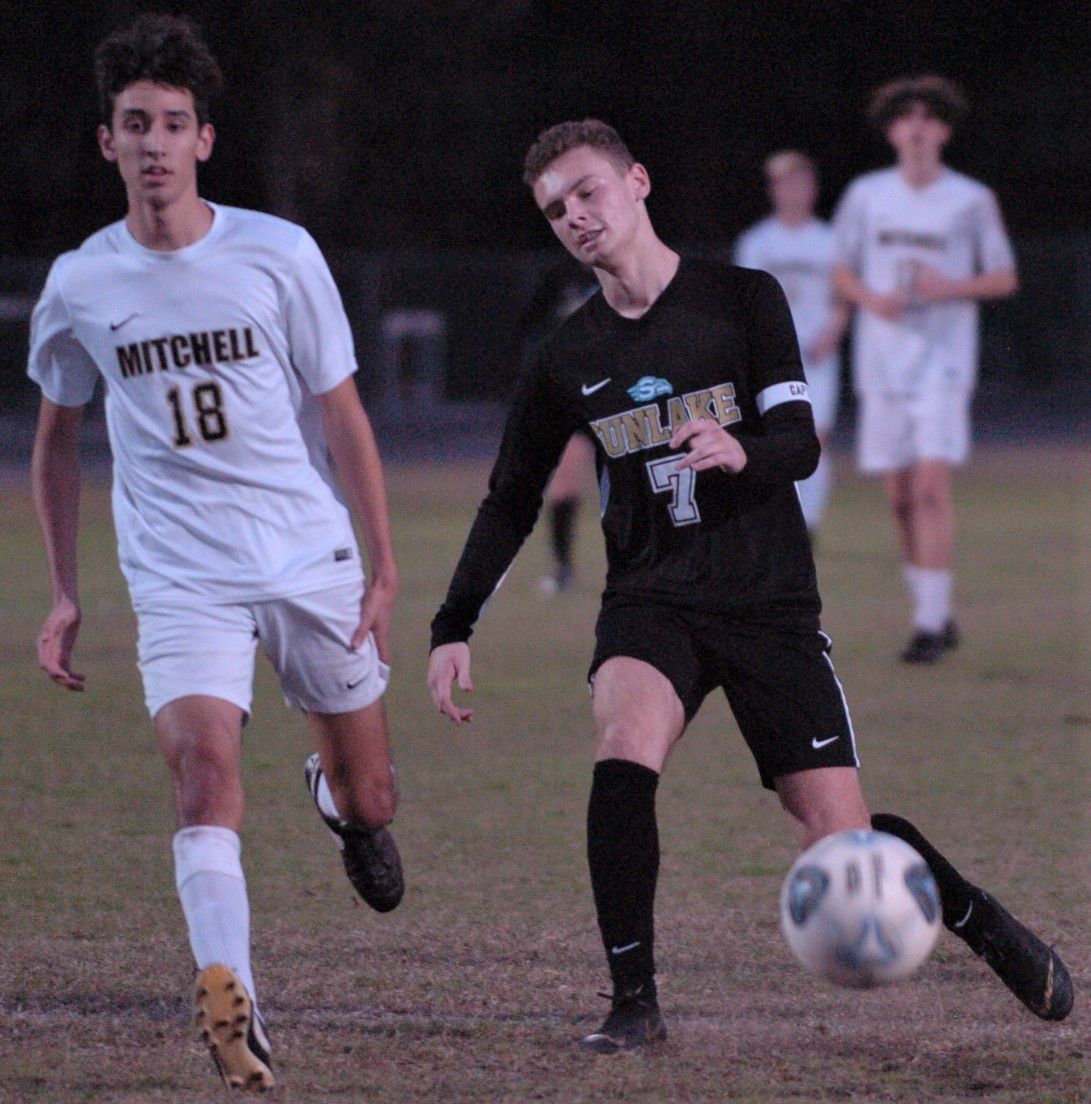 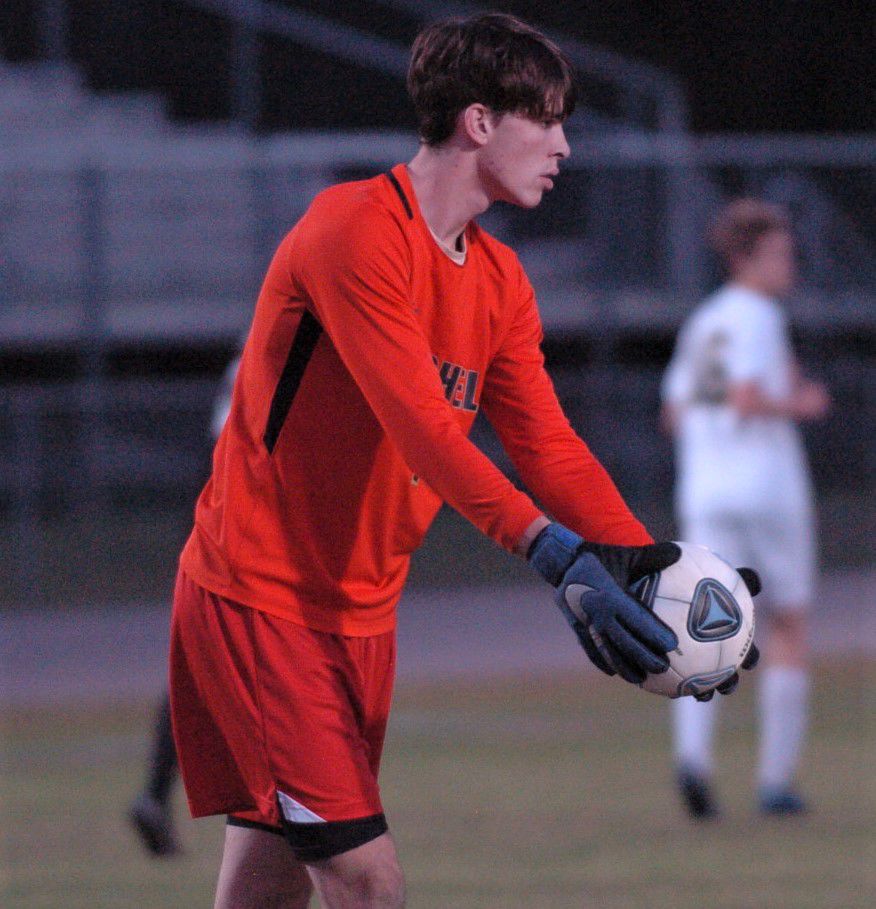 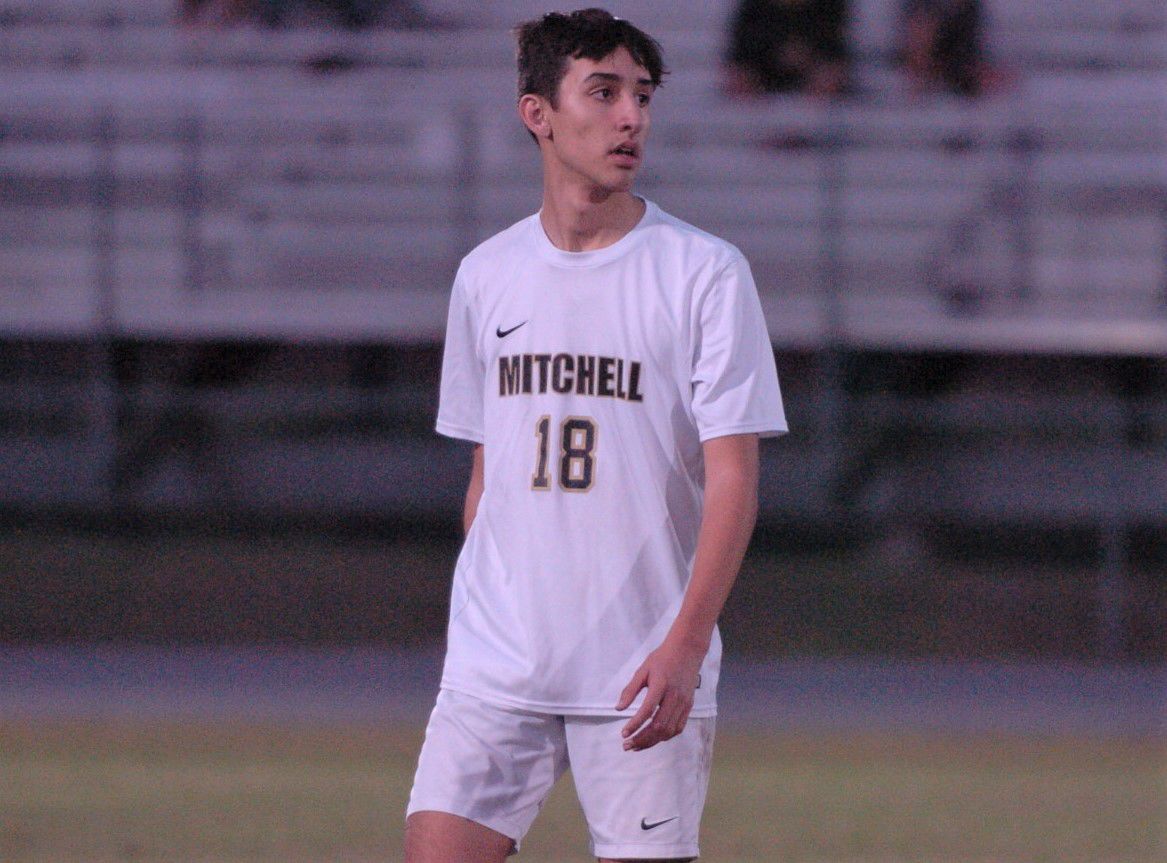 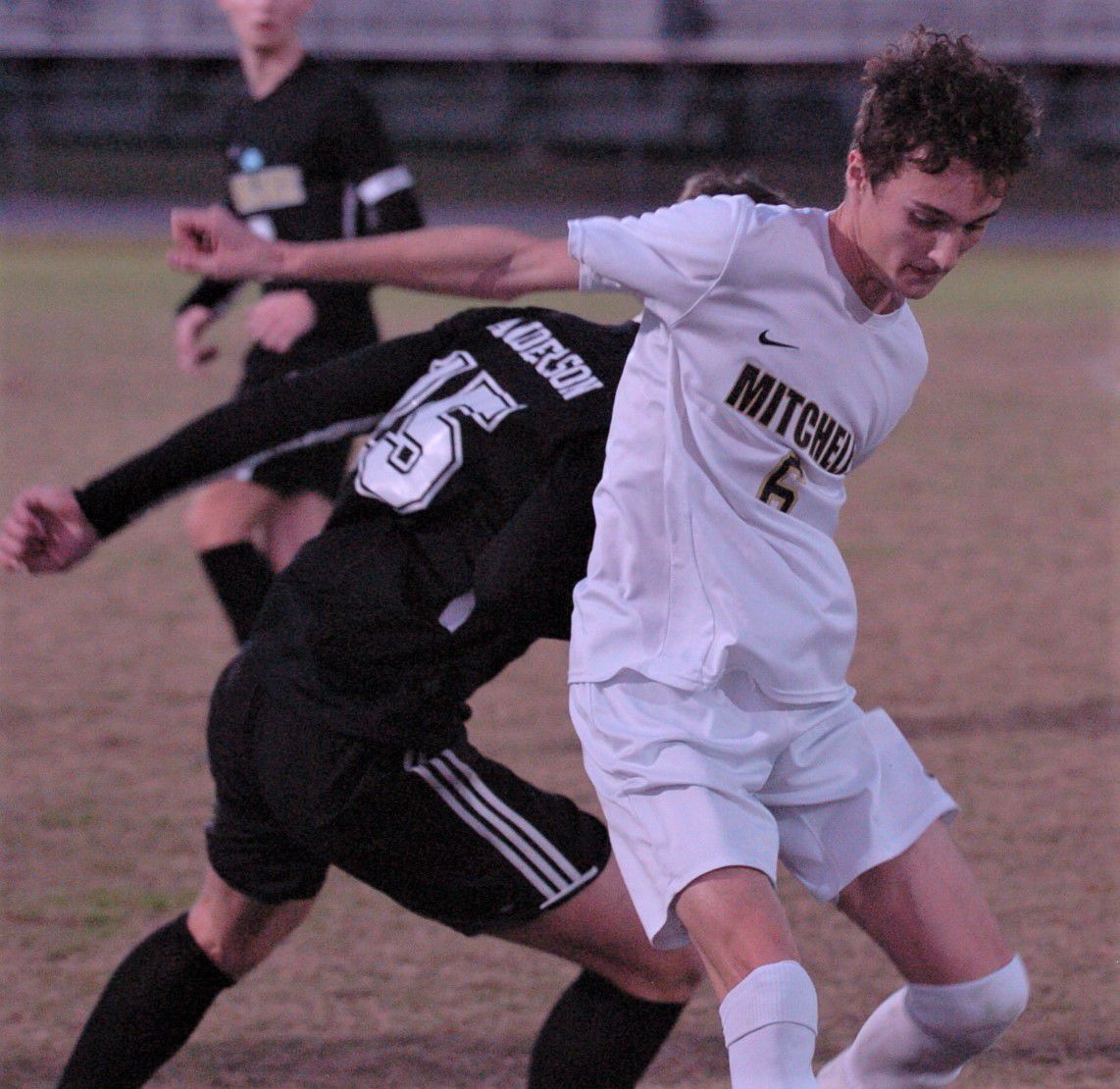 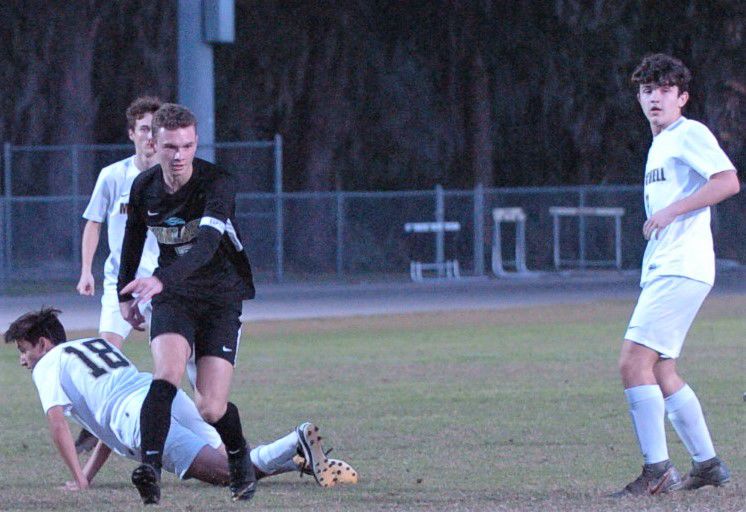 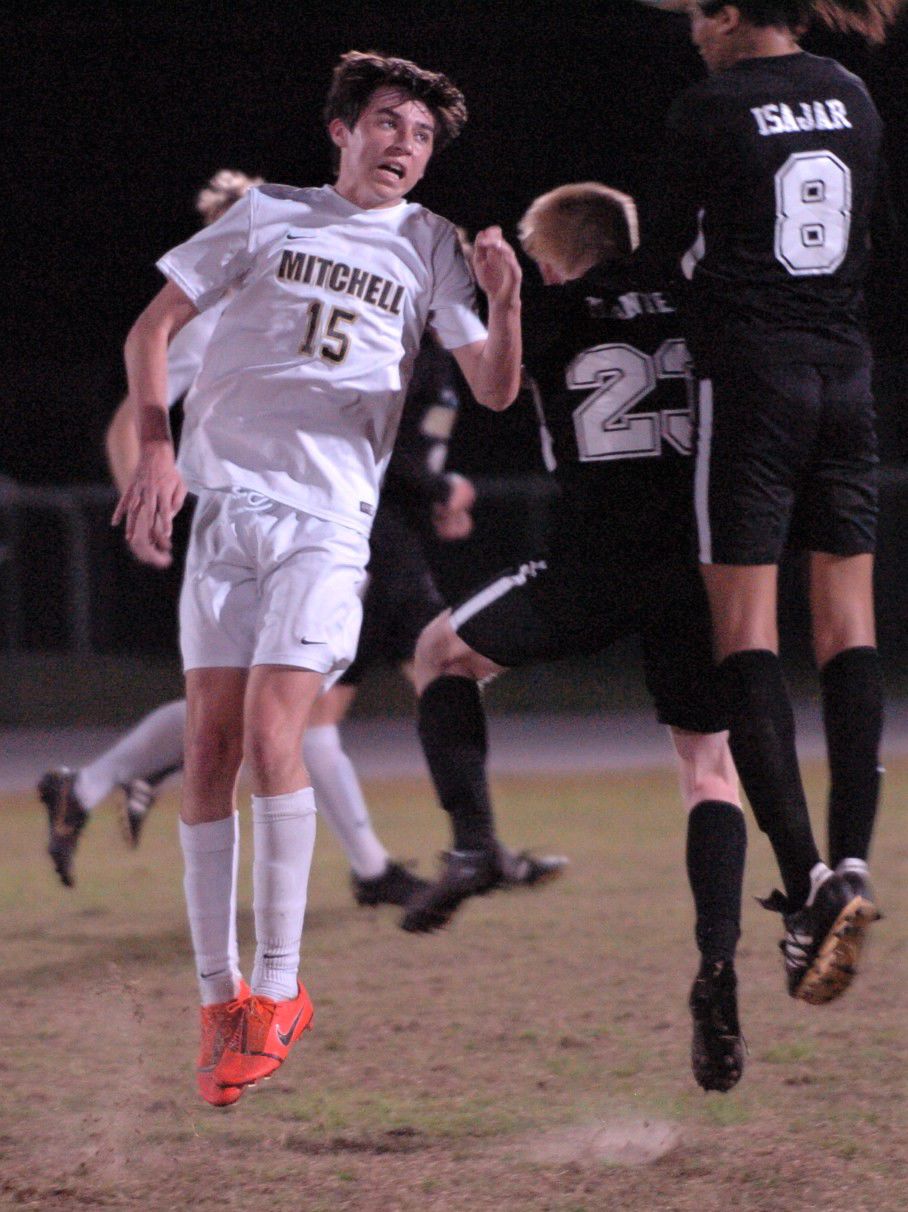 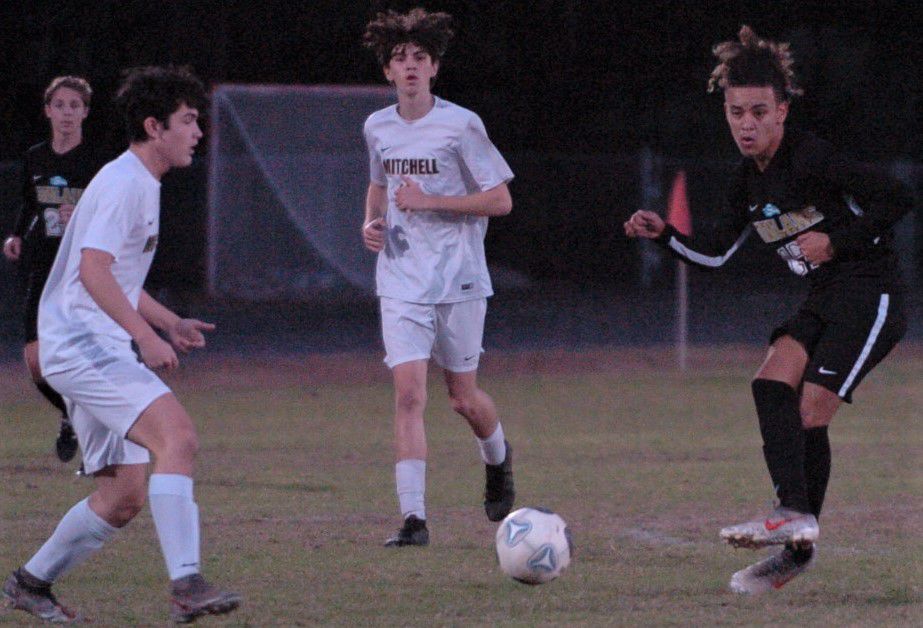 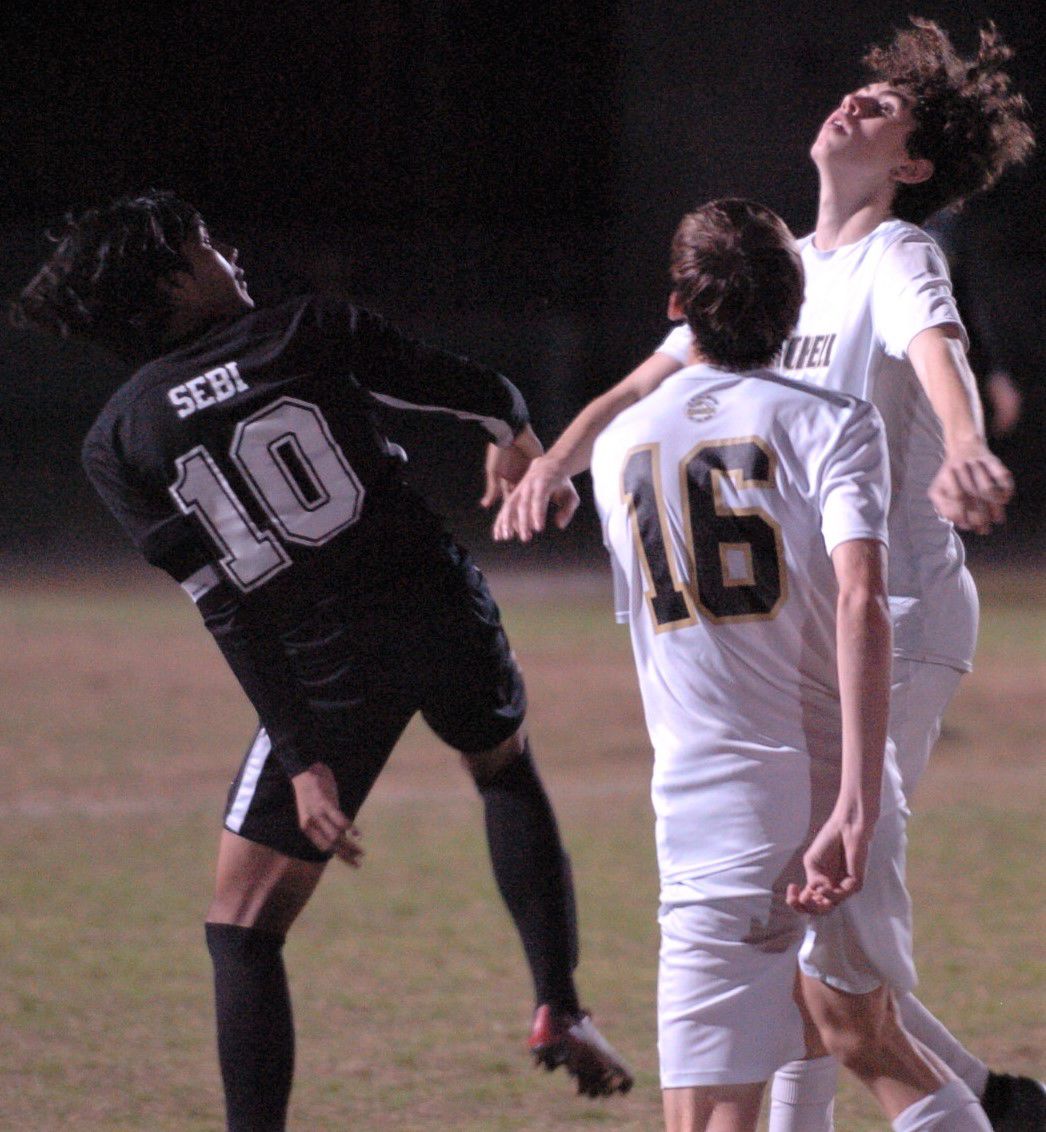 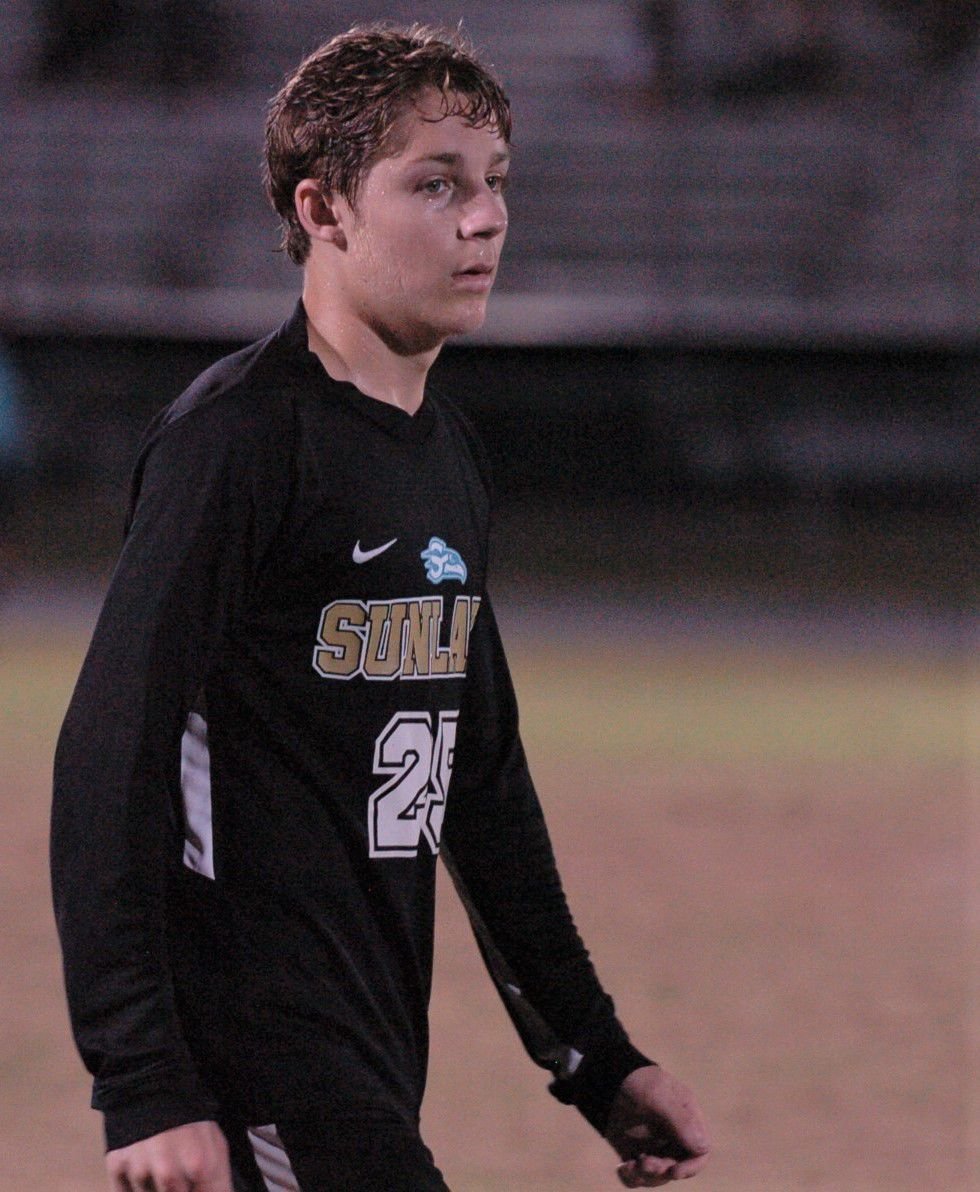 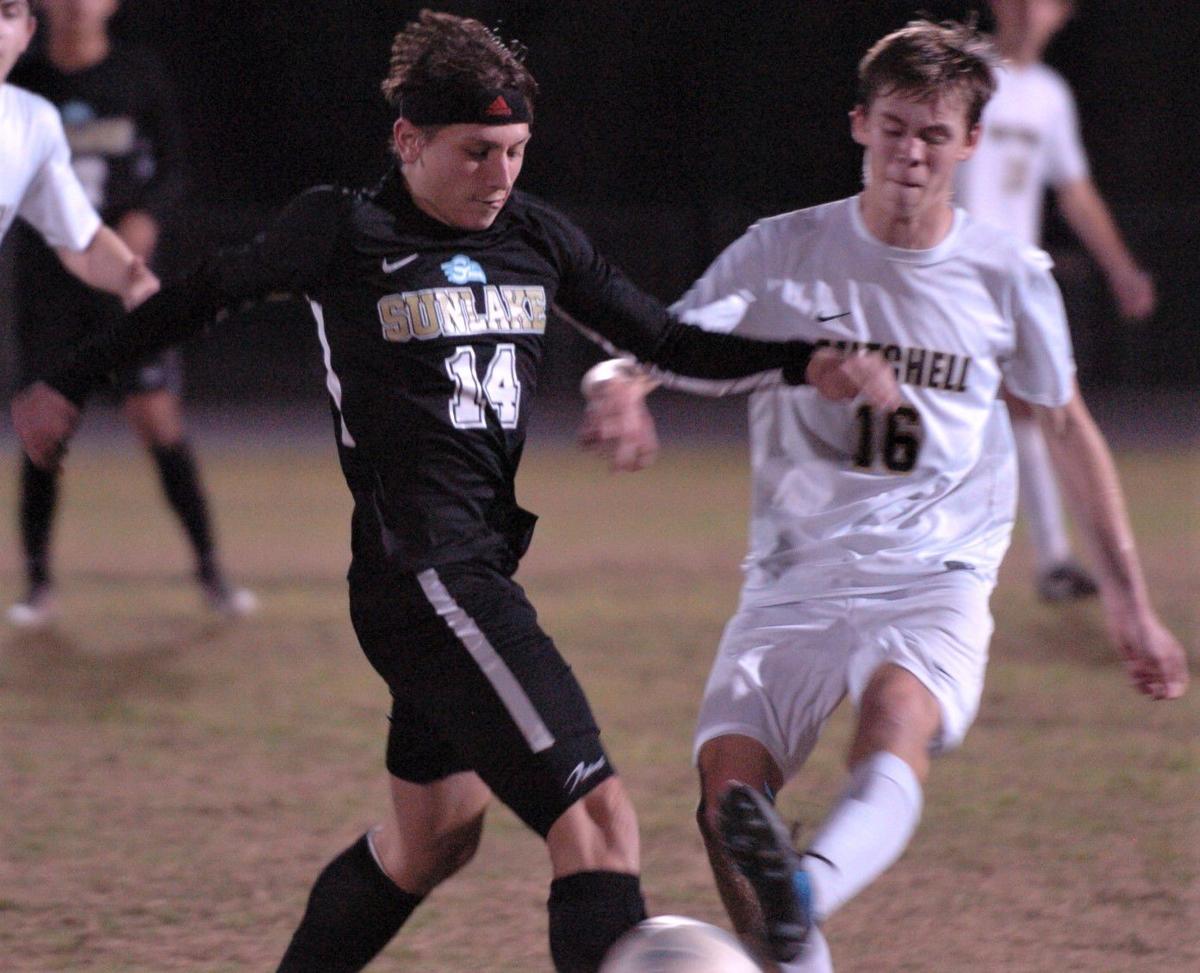 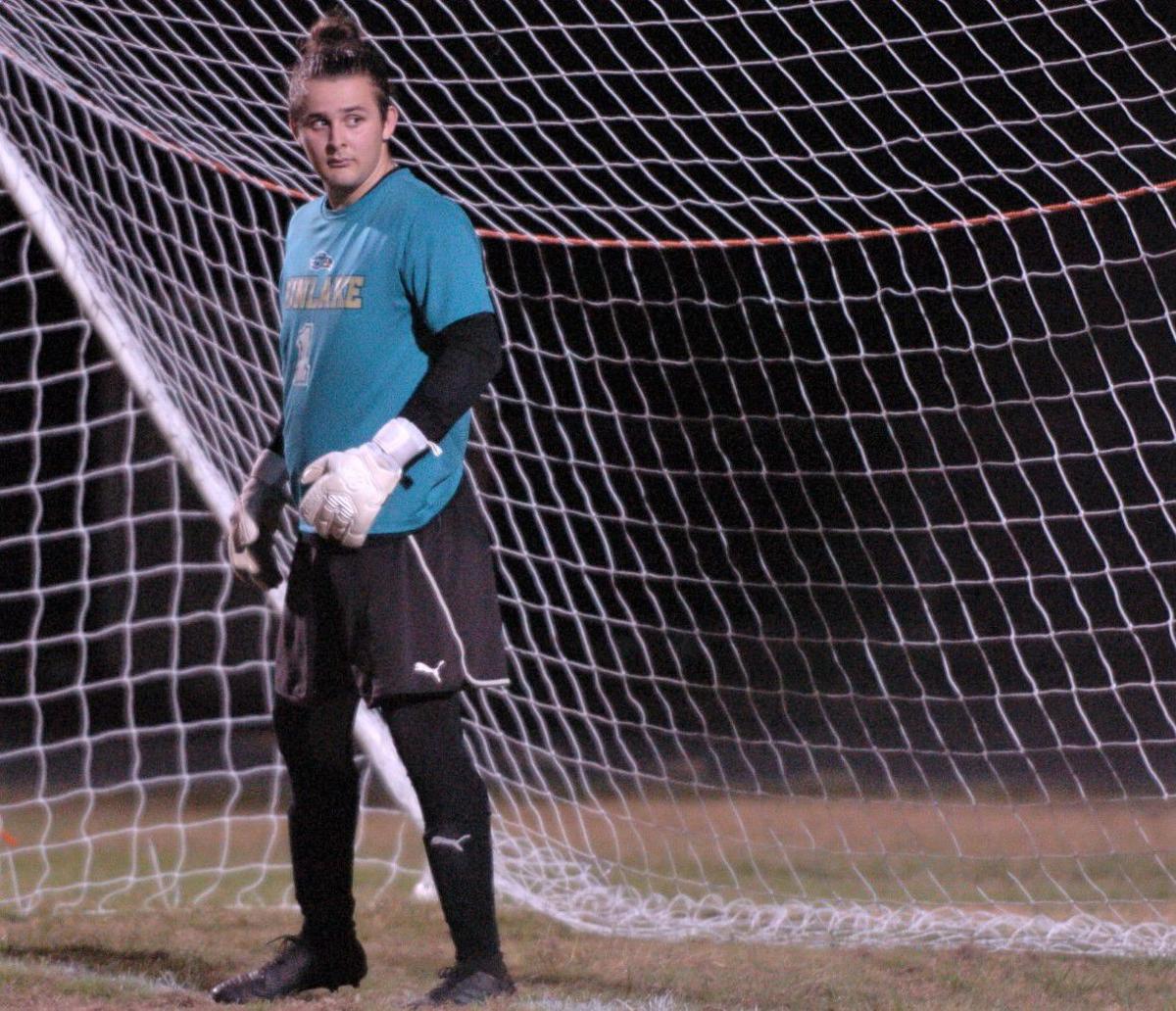 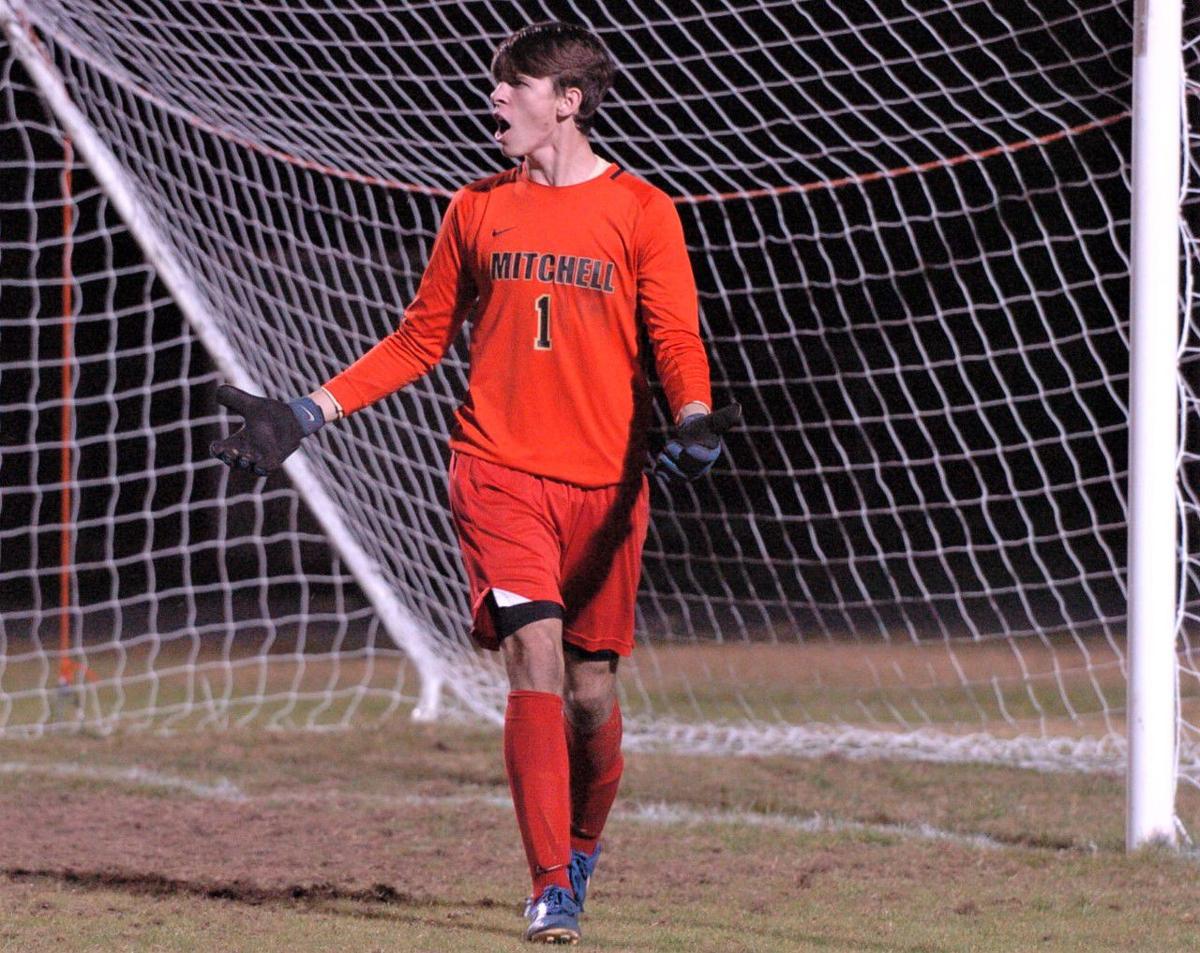 Mitchell’s previous two penalty kick experiences didn’t end so well. Both came during winter break at the Tampa Bay Invitational and both resulted in defeat.

Wednesday night at Wiregrass Ranch, the Mustangs figured it out.

Keeper Justin Fisher stuffed the first shot he faced and Sunlake’s fifth and final strike rattled off the cross bar, giving Mitchell a 4-3 advantage and victory.

Seahawks keeper Jaxon Landry saved one shot during PKs, as well, but Mitchell’s four other kickers found the back of the net.

The victory sends Mitchell into Friday’s Class 6A District 5 final against the winner of No. 1 Wiregrass Ranch and No. 4 East Lake.

“What I’ve always told these guys for years is you’re here at Mitchell and we play finals,” Mustangs coach Oscar Ubillus said, adding that it’s been three years since the program’s last league title. “Tournament finals, district finals, regional finals – that’s what you want to do.”

In years past, Sunlake’s defeat would be especially deflating. But not anymore. Losing in the district semifinals – or any point prior – used to mean the season was over. Finals qualifiers automatically advanced into the regional bracket.

Now regional qualification is based on teams’ MaxPreps.com rankings at the end of the season. That’s great news for District 5A-6.

Win or lose, all four semifinalists Wednesday are guaranteed to advance. That number may be five, too. If the Class 6A Region 2 goes chalk, meaning the top seeds in 6A-6, 6A-7 and 6A-8 win, Leto will be the region’s No. 8 seed. Technically, it’s the results of 6A-6 and 6A-7 Leto needs to follow closely.

“If there’s a chance to lift a trophy, it’s an important game,” he said. “Then who knows? It’s tough as hell to make a five-game run after this.”

The Mustangs came out playing with that mindset, as well. Senior Jordan Minaca netted his 12th goal of the season right before the water break in the 20th minute when Sunlake failed to clear a ball out of its box.

Mitchell outshot Sunlake 5-2 in the first half, 4-1 on frame, and went into halftime ahead 1-0.

That advantage didn’t last long. Sunlake emerged from the break reenergized and equalized midway through the second half on a solid strike from Sebastian Victoria. The junior’s 10th goal of the year would be the match’s last.

“Two halves,” Ubillus said. “We were better in the first half and they were all over us in the second.”

Regulation ended 1-1, as did both 10-minute overtime periods. When the teams met Jan. 8 at Sunlake, 80-plus minutes of soccer ended in a 3-3 draw.

Friday’s district championship will begin at 7 p.m. The Mustangs lost 2-0 at Wiregrass Ranch on Dec. 10 and did not play East Lake. The statewide changes to playoff qualification also eliminated the requirement for teams to play others in their district.