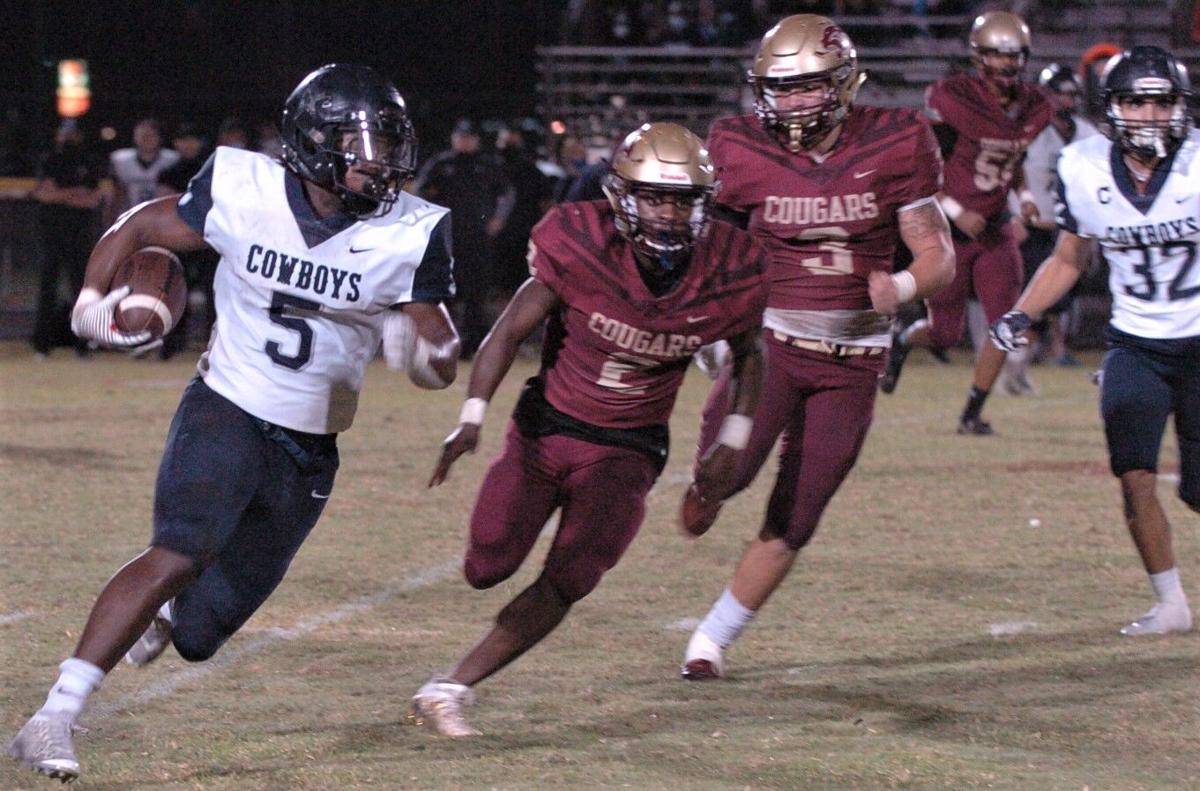 Gaither running back Ricky Parks gets around the corner in the first half against Countryside. 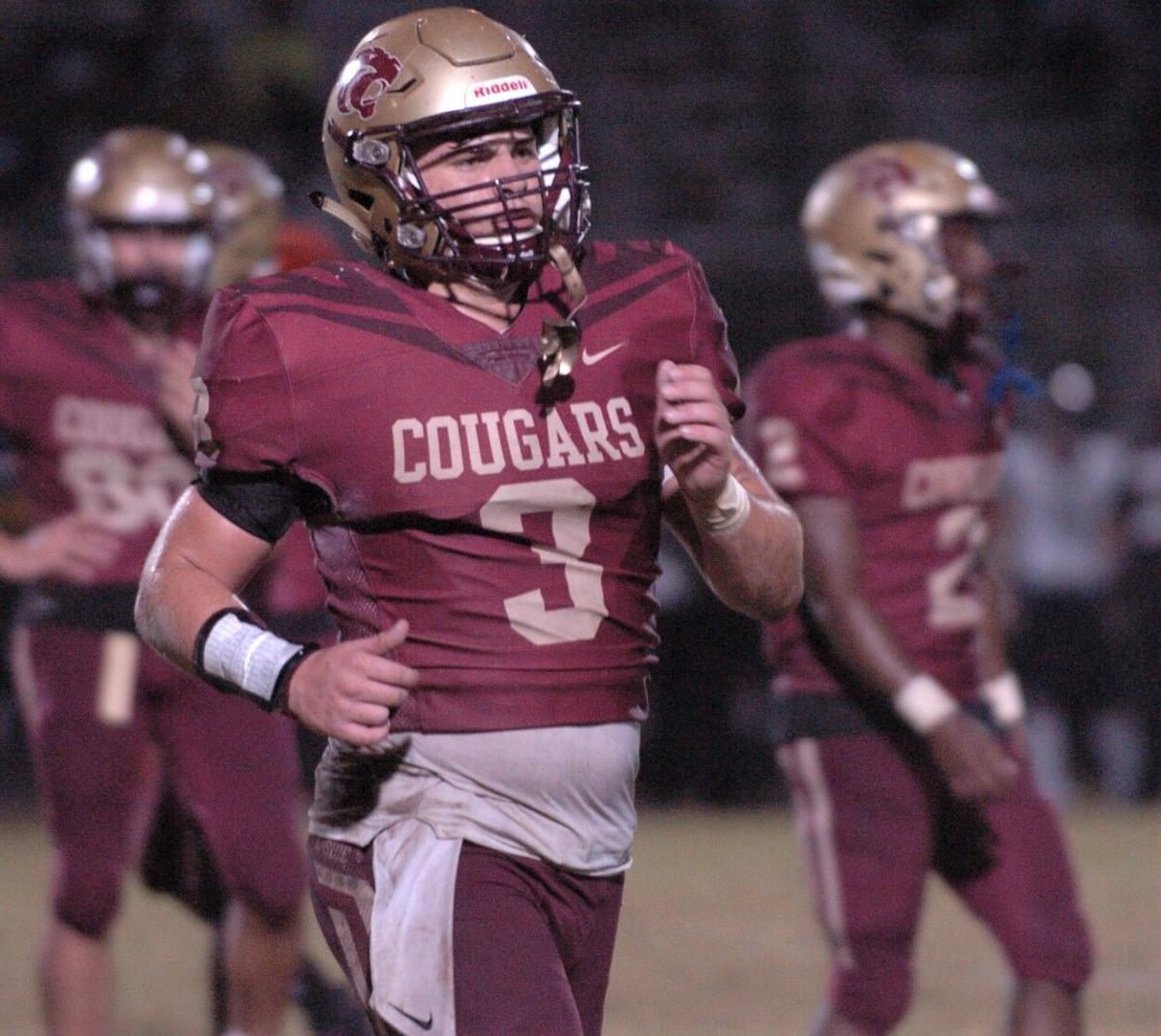 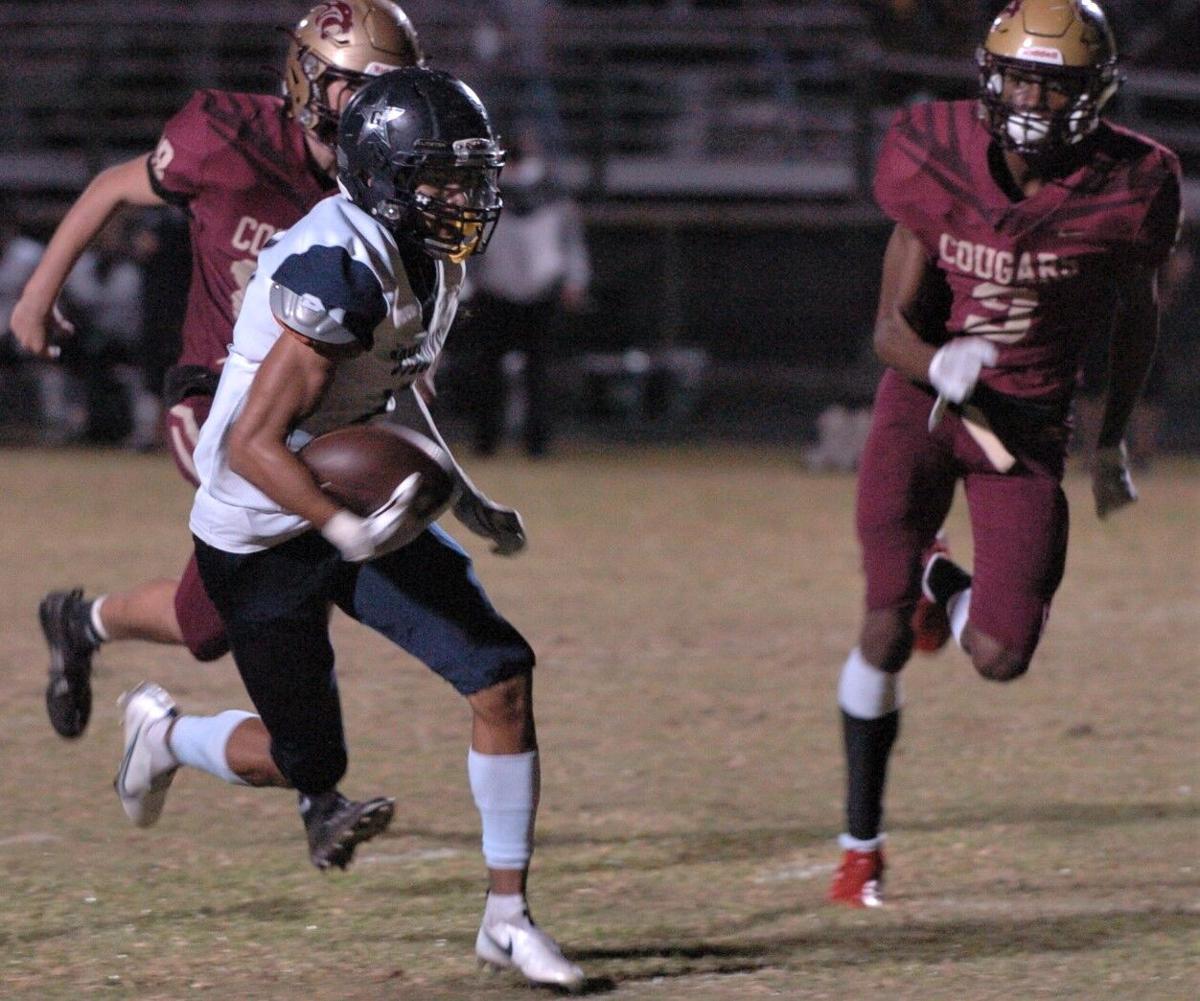 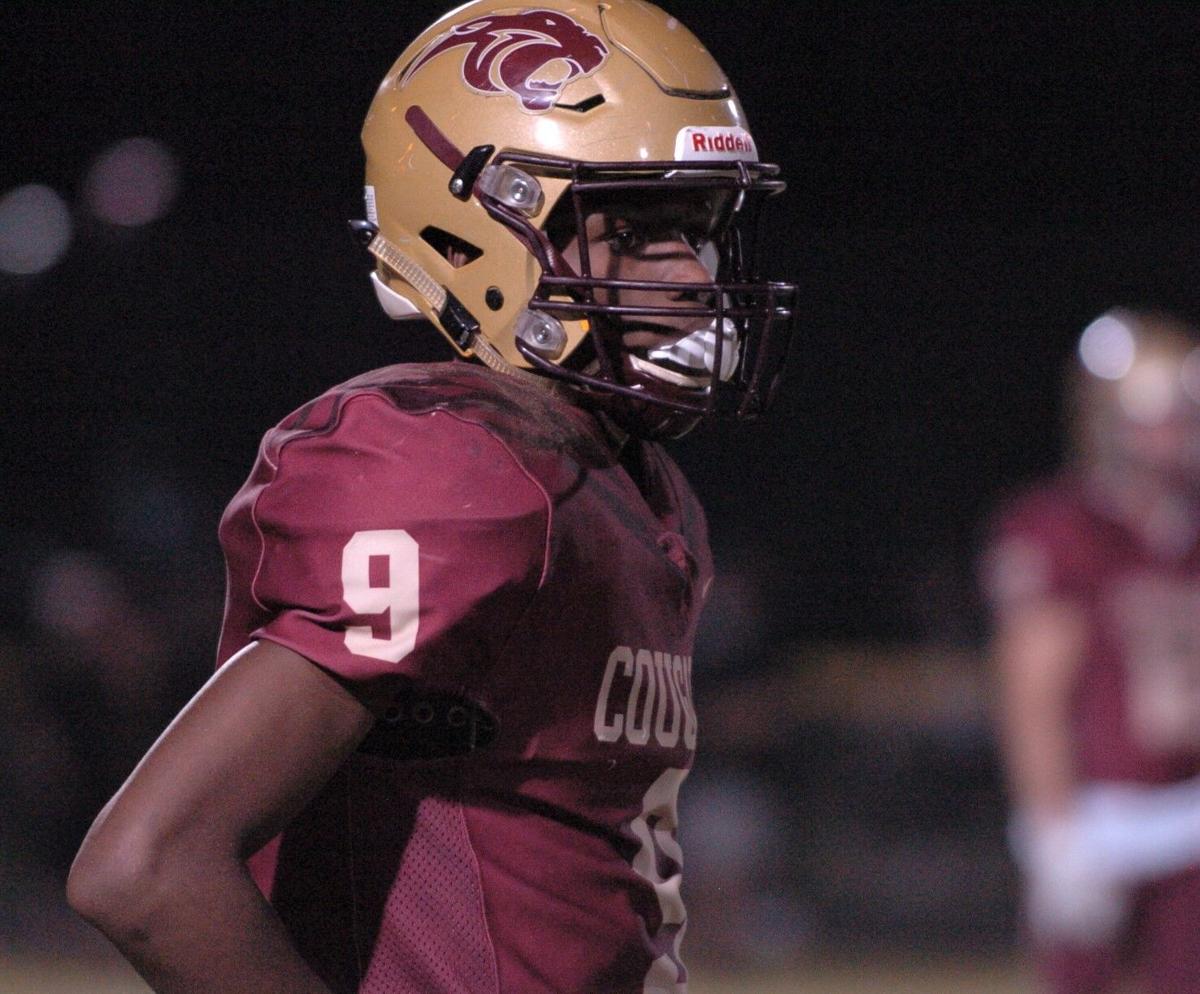 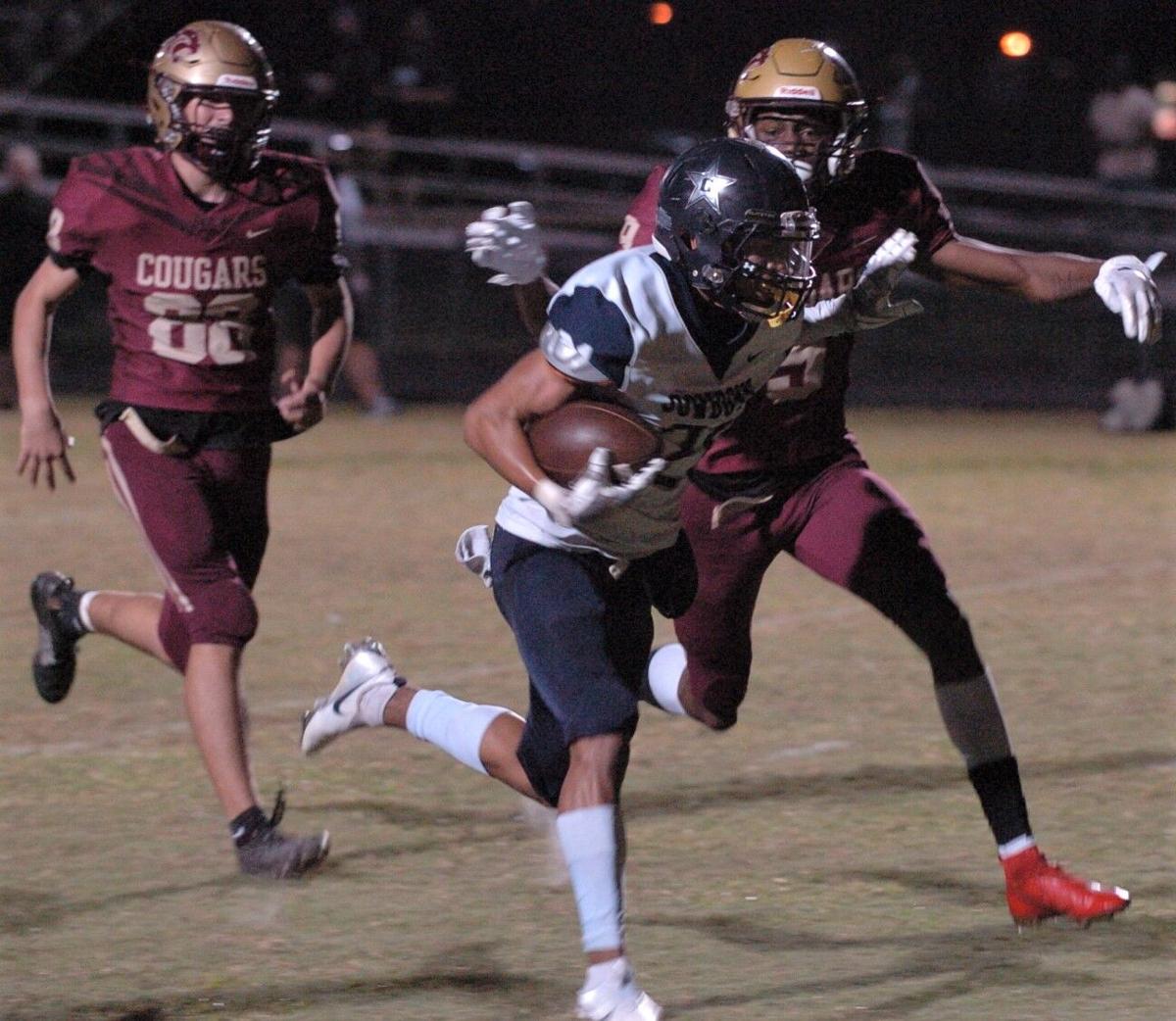 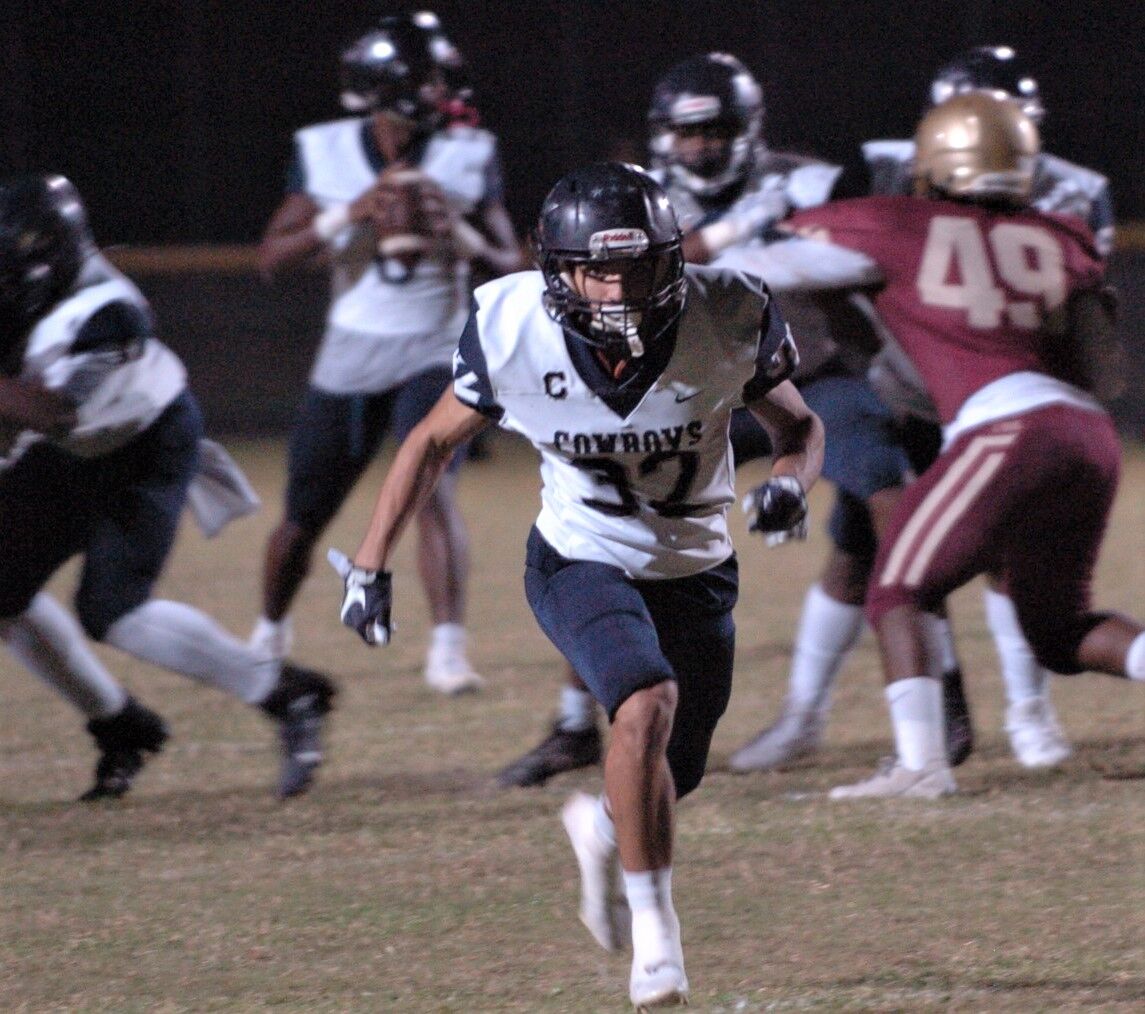 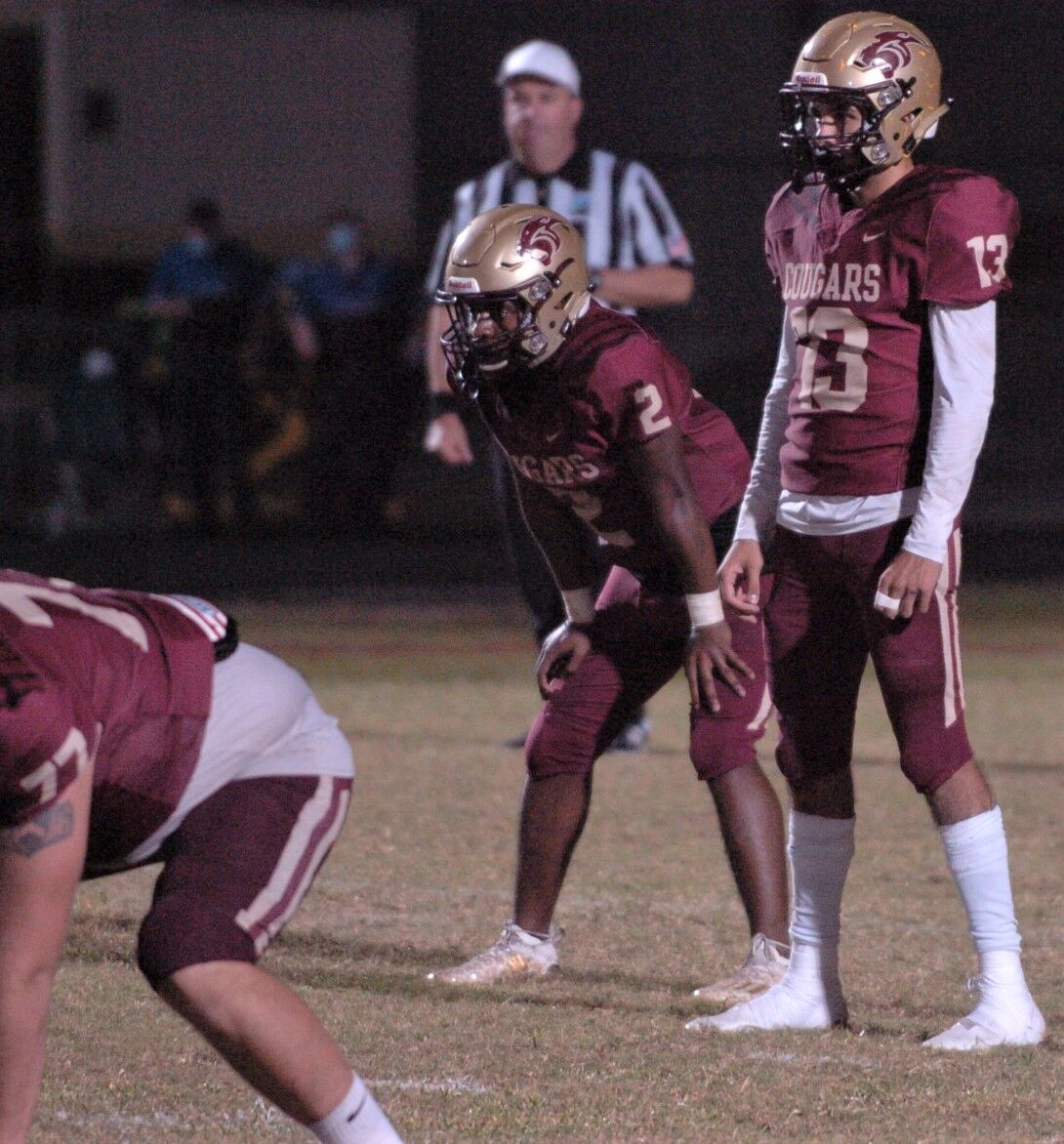 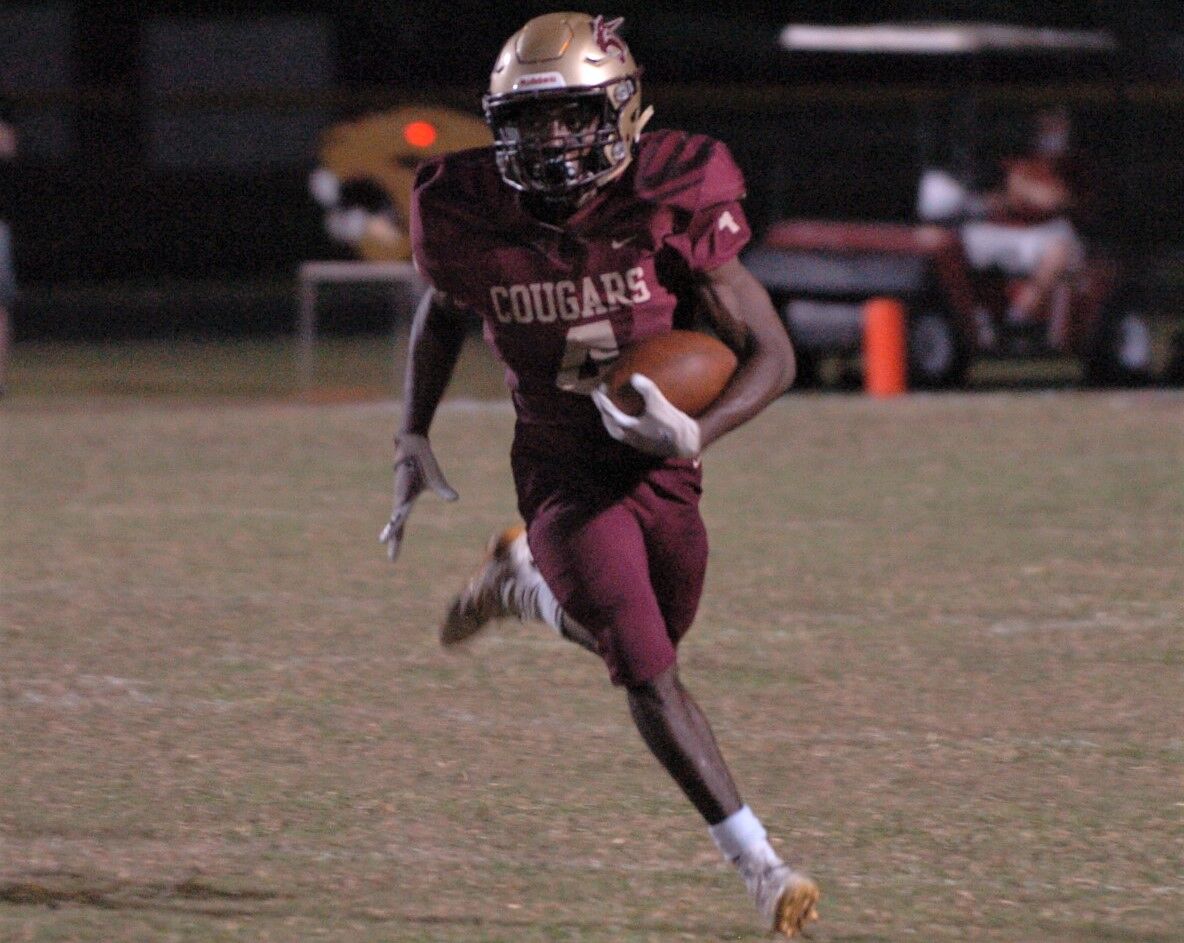 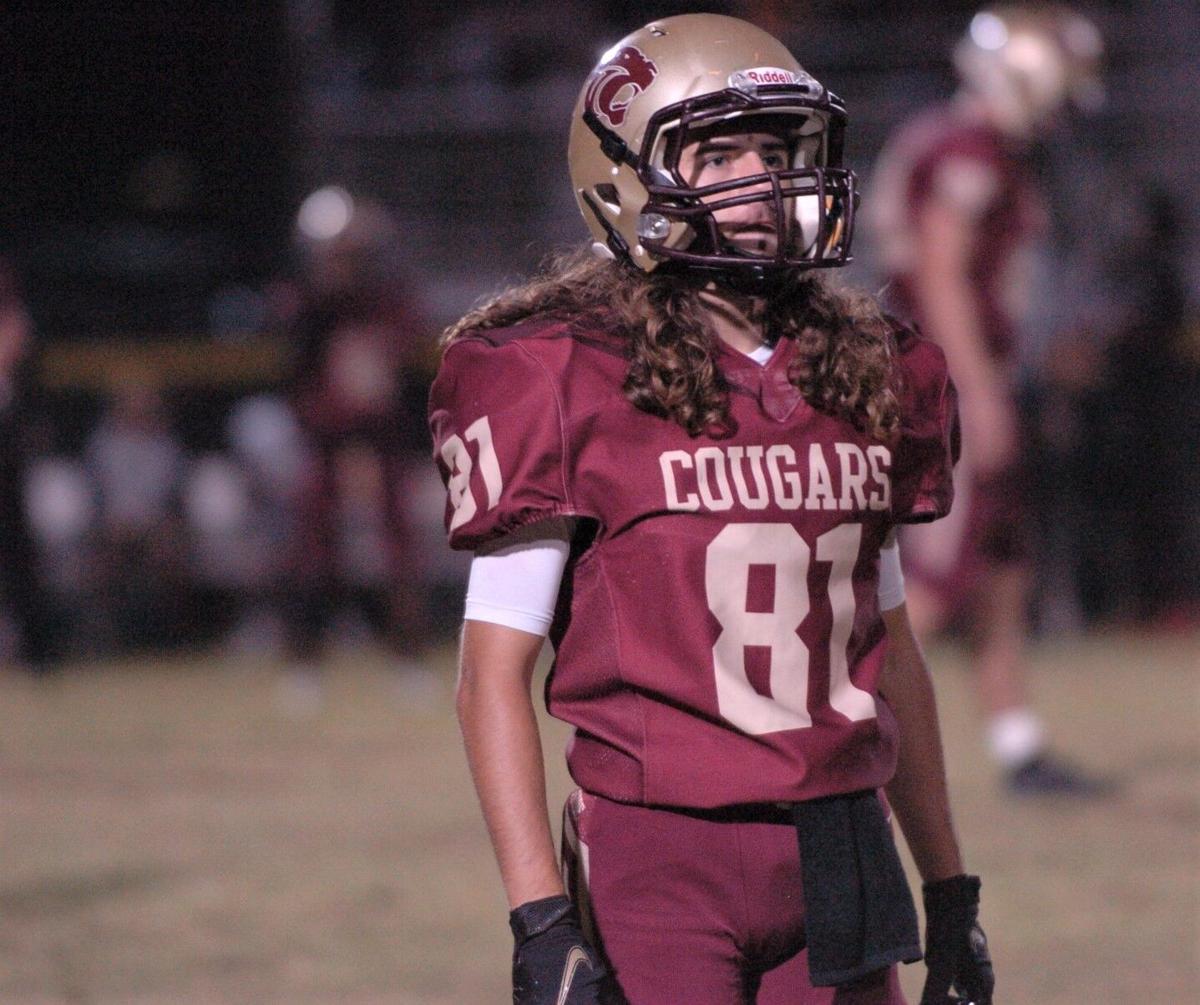 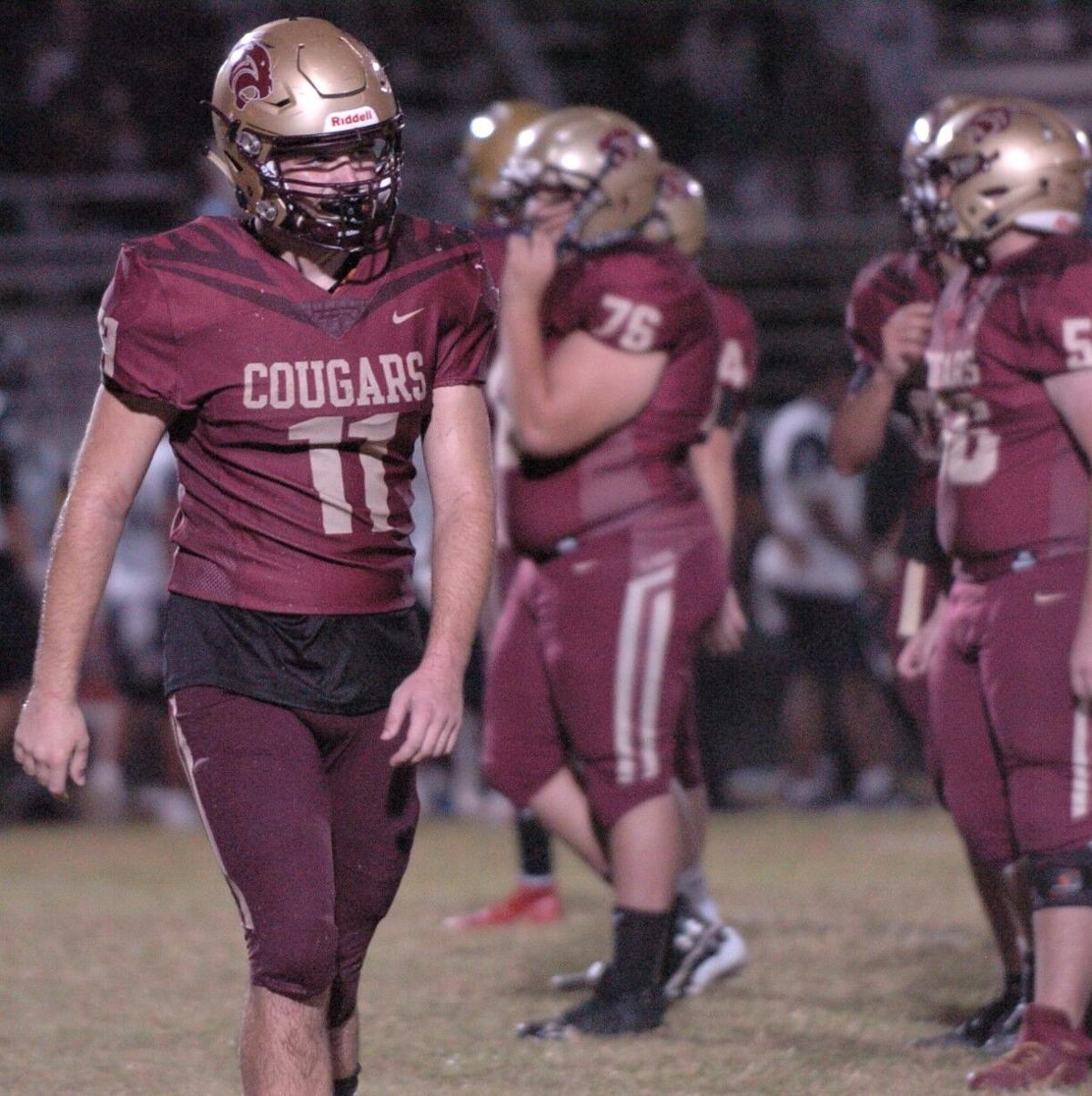 Gaither running back Ricky Parks gets around the corner in the first half against Countryside.

CLEARWATER – Gaither didn’t waste time Friday night showing off why it’s regarded as one of the top teams in the Tampa Bay area.

The unbeaten Cowboys traveled to Clearwater for the second straight week and scored another blowout victory, this time blanking Countryside 49-0 to advance to the Class 6A Region 2 final. The Cowboys have posted five shutouts this season, including last week’s 35-0 region quarterfinal win at Clearwater.

Gaither (11-0) led 14-0 after one quarter before blowing the doors off Friday’s matchup in the second. The Cowboys found the end zone in a variety of fashions, adding four more touchdowns before the halftime break. The 42-0 first-half lead guaranteed a running clock throughout the final two quarters.

Countryside’s banged-up offense struggled to find room to operate, especially with Gaither’s dominant defensive front constantly flying around and in the Cougars backfield.

Gaither is making its fourth trip to the region finals and second in a row. The Cowboys picked up its first-ever third-round win last year, trouncing Lake Minneola, 41-7.

Gaither will once again head northeast to Lake Minneola, located near Clermont, west of Orlando. The Hawks (9-1) were in Pinellas County, as well, Friday night. They jumped all over Largo, winning 56-0.

Countryside (8-4) was in the postseason for the second straight year and was looking for its first region finals trip since 2010. That the Cougars’ second third-round appearance in a row and third in program history, all in this millennium.

The Gaither-Lake Minneola winner will advance to the state semifinals Dec. 11 and face the winner of the Class 6A Region 1 final between Lake City Columbia (5-5) and St. Augustine (9-2).