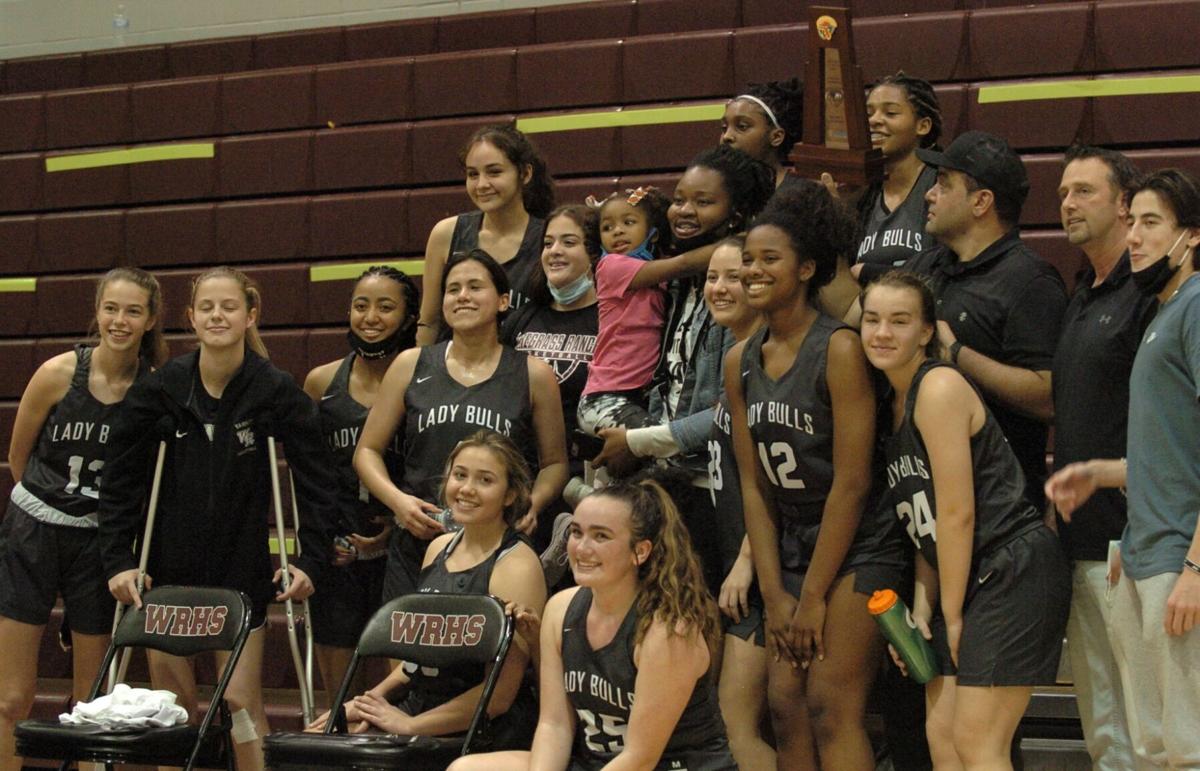 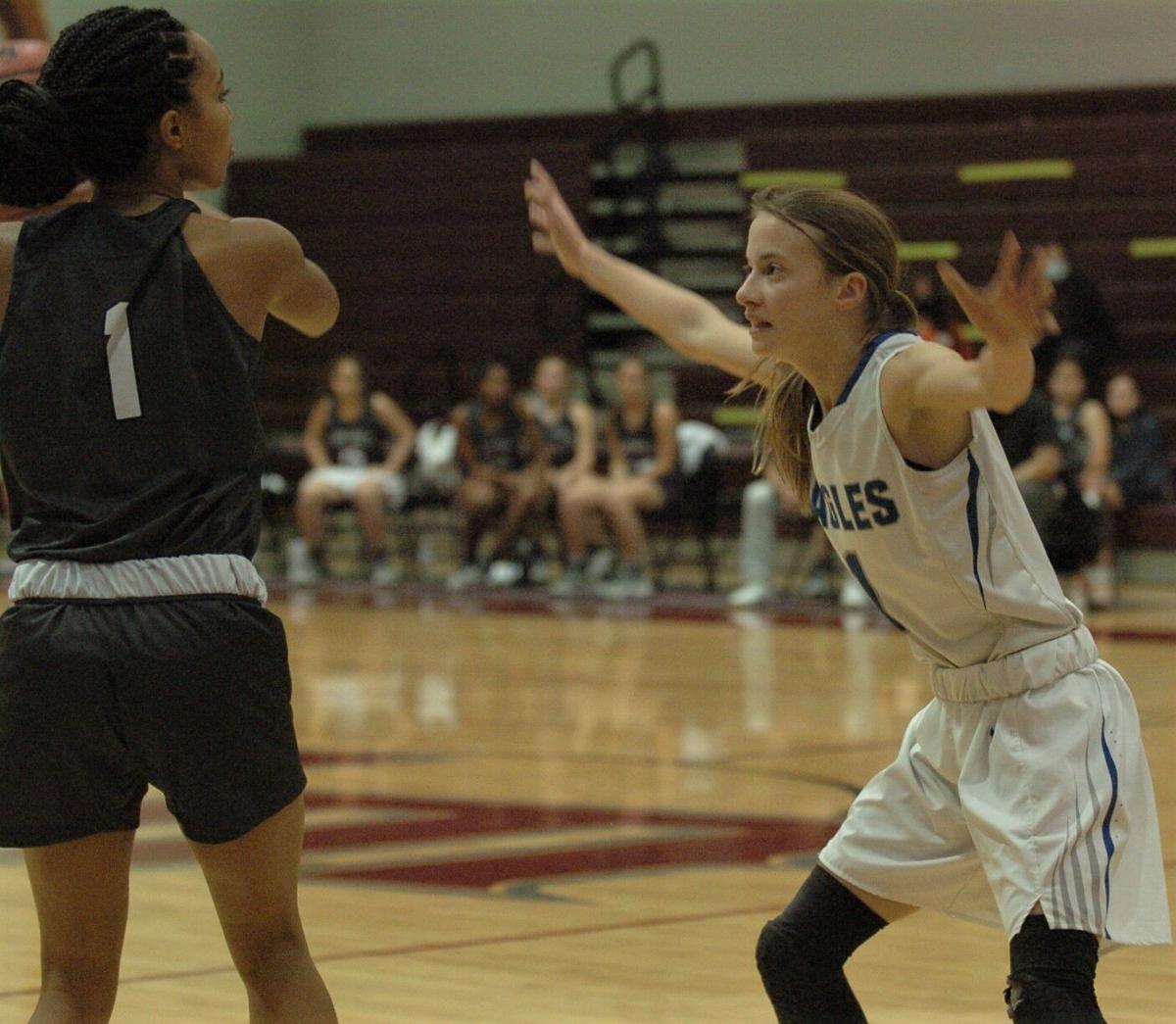 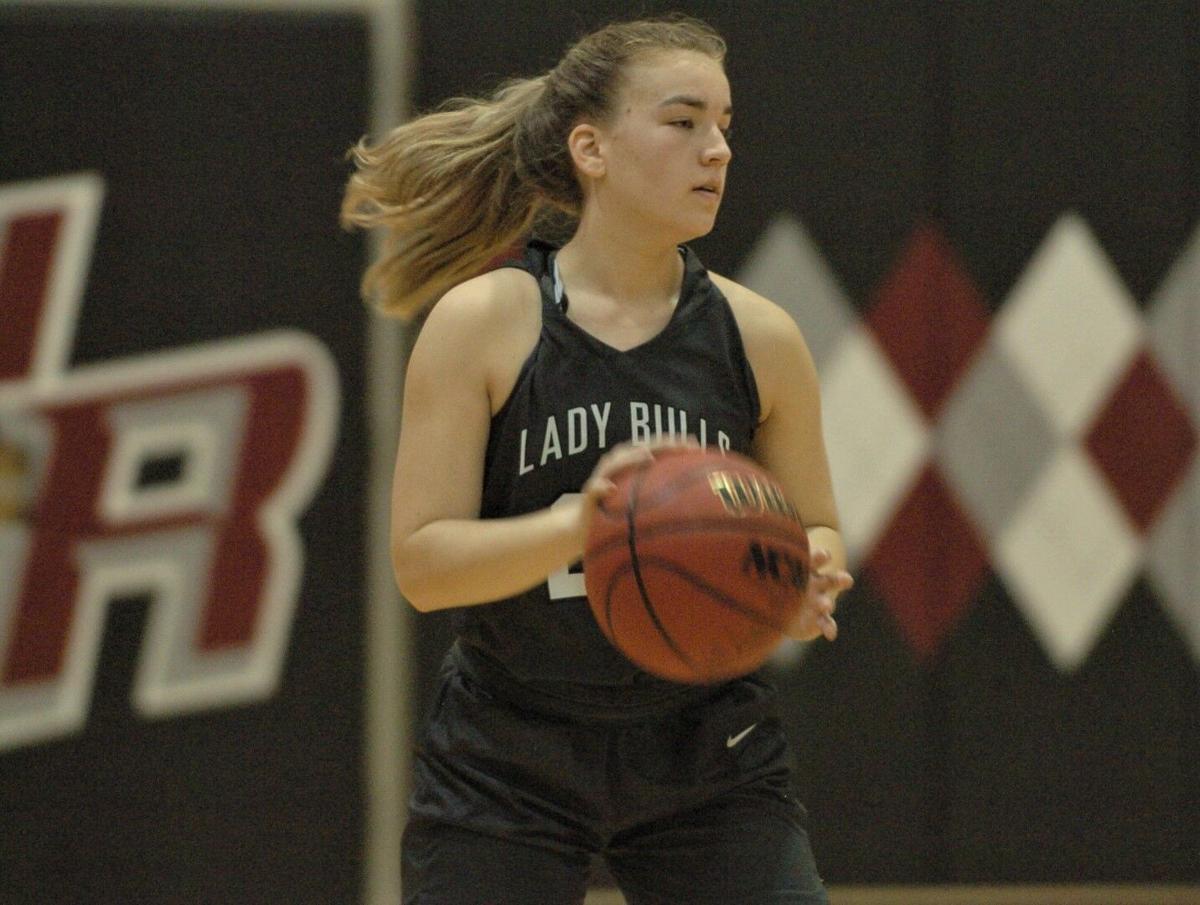 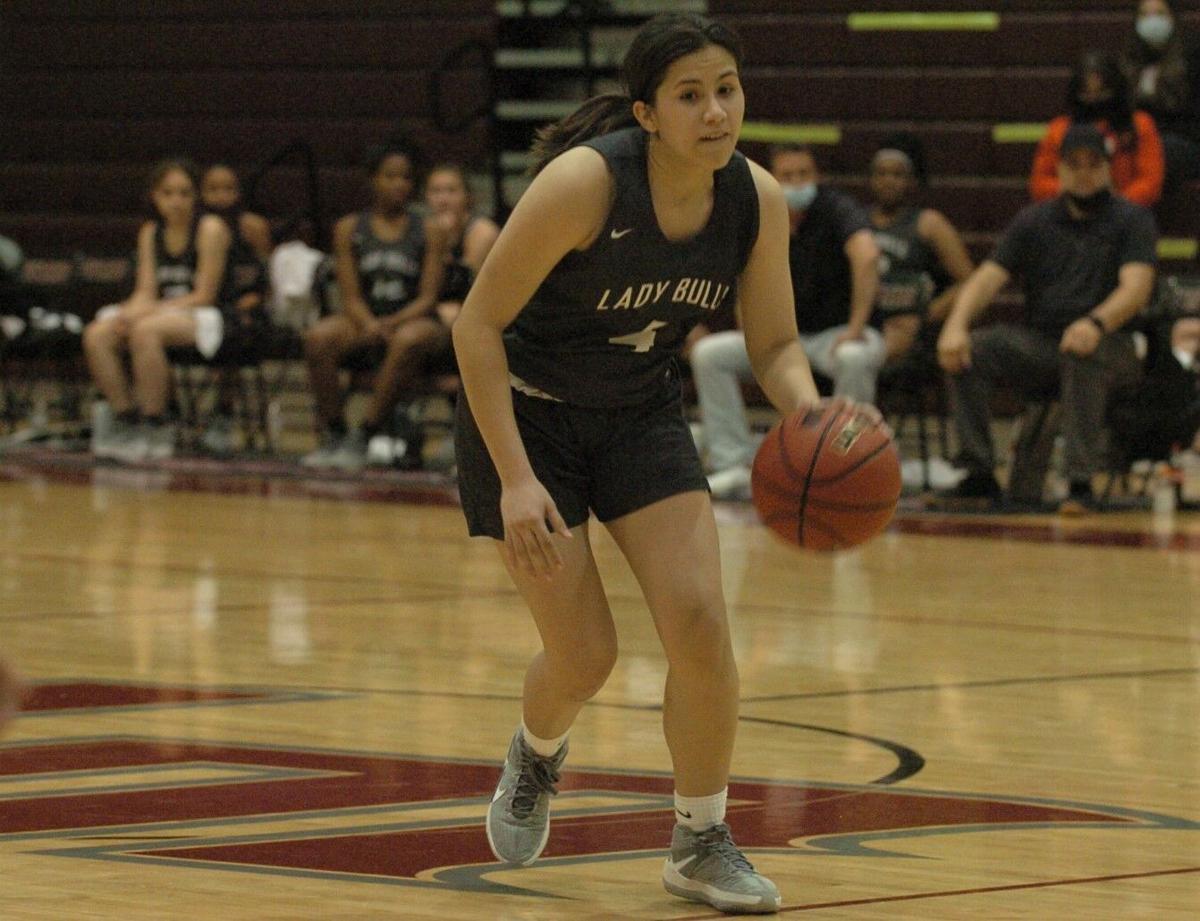 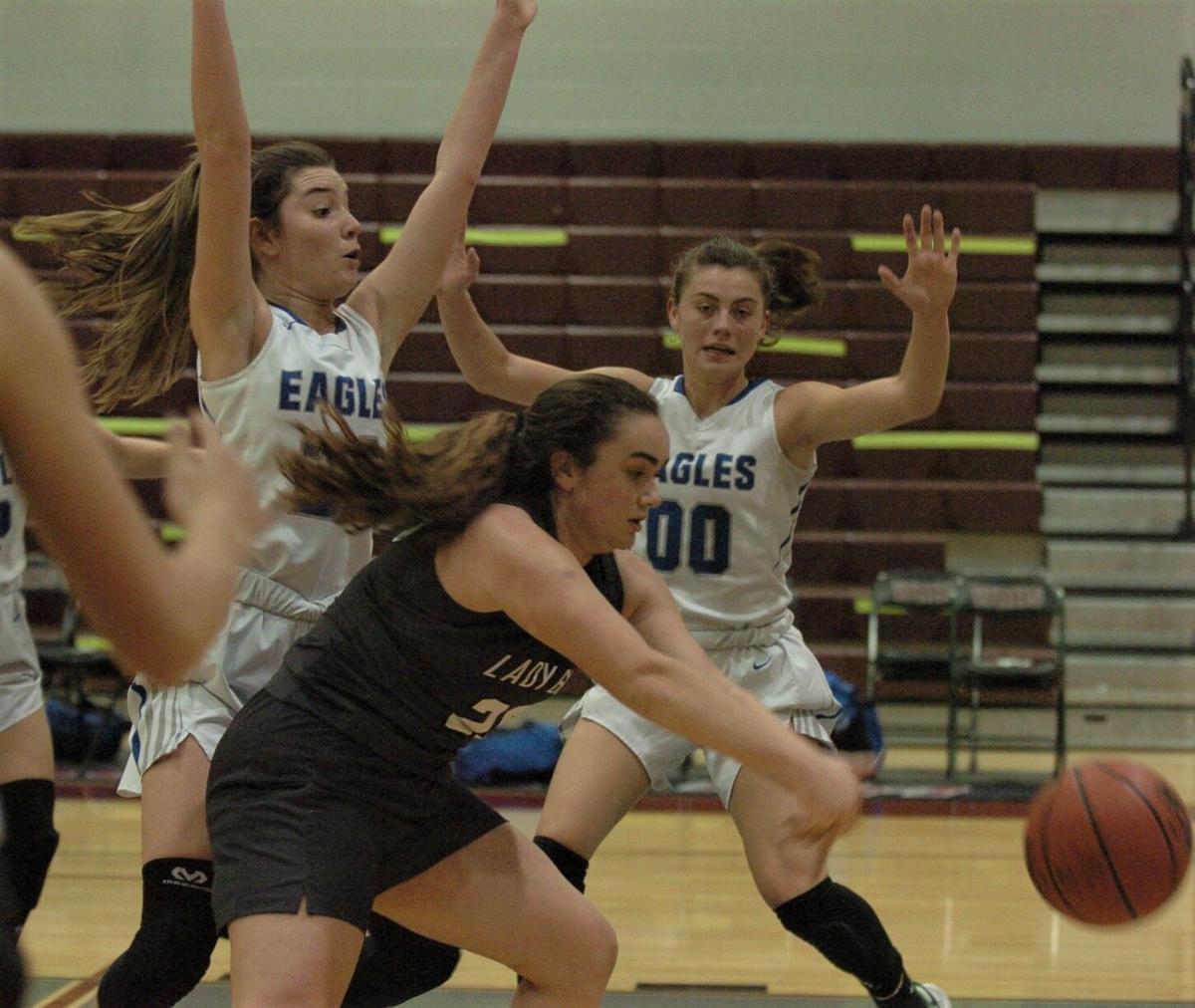 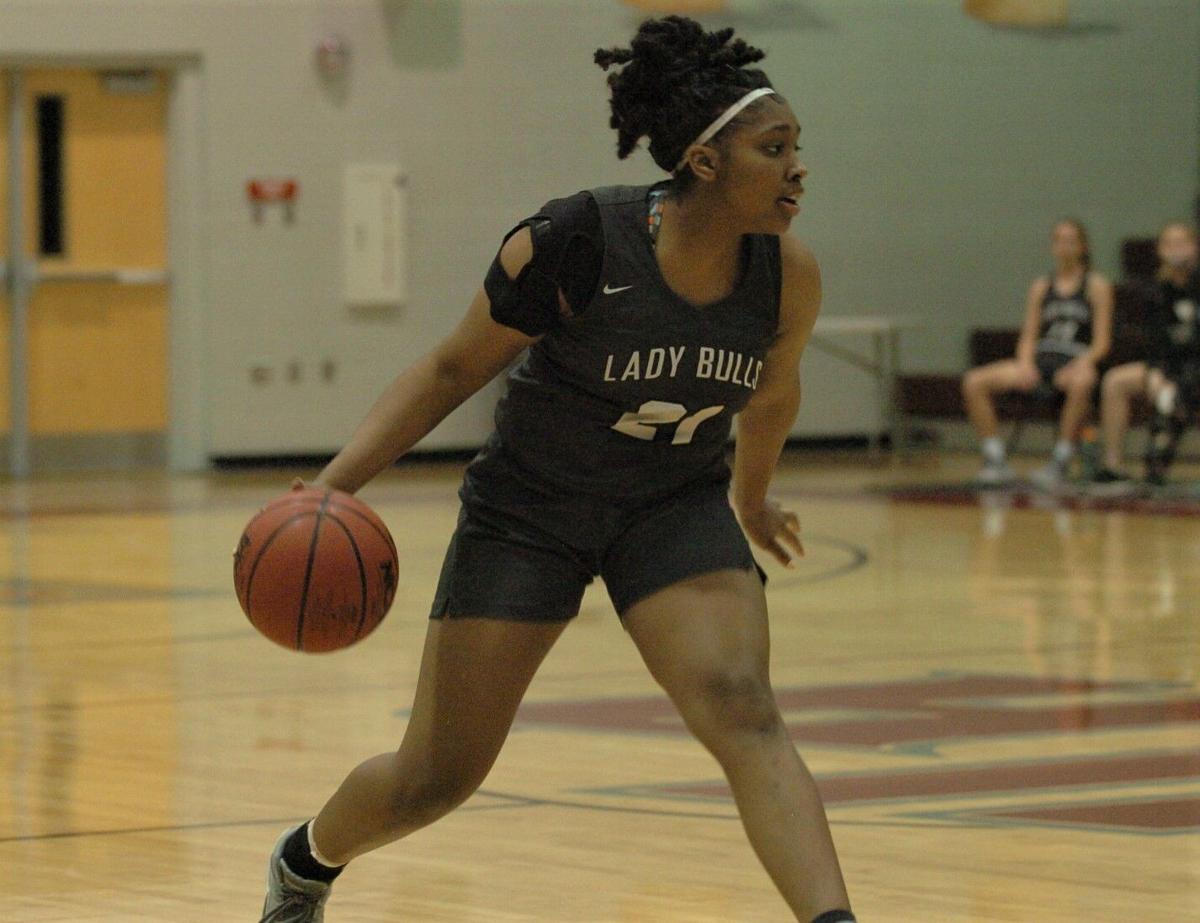 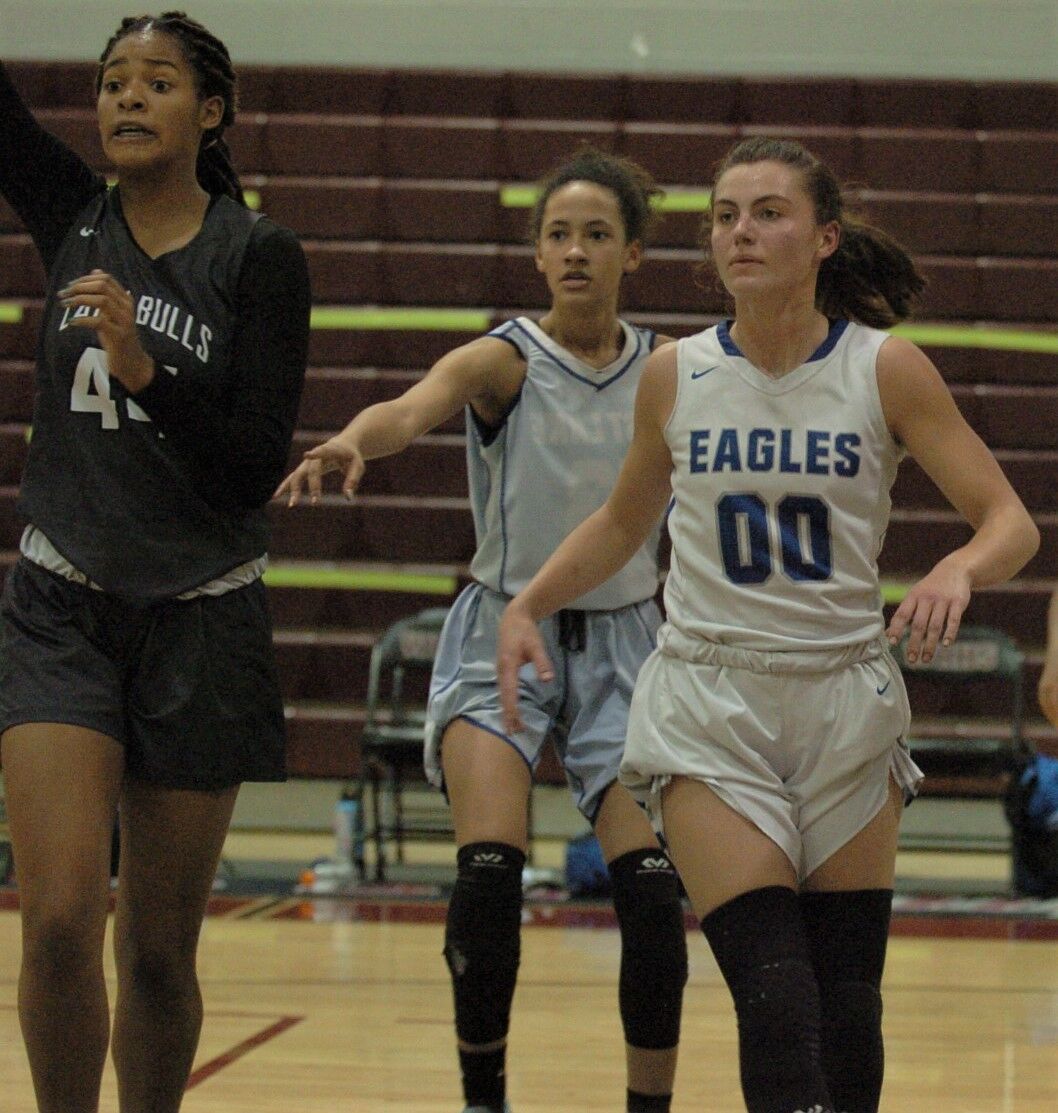 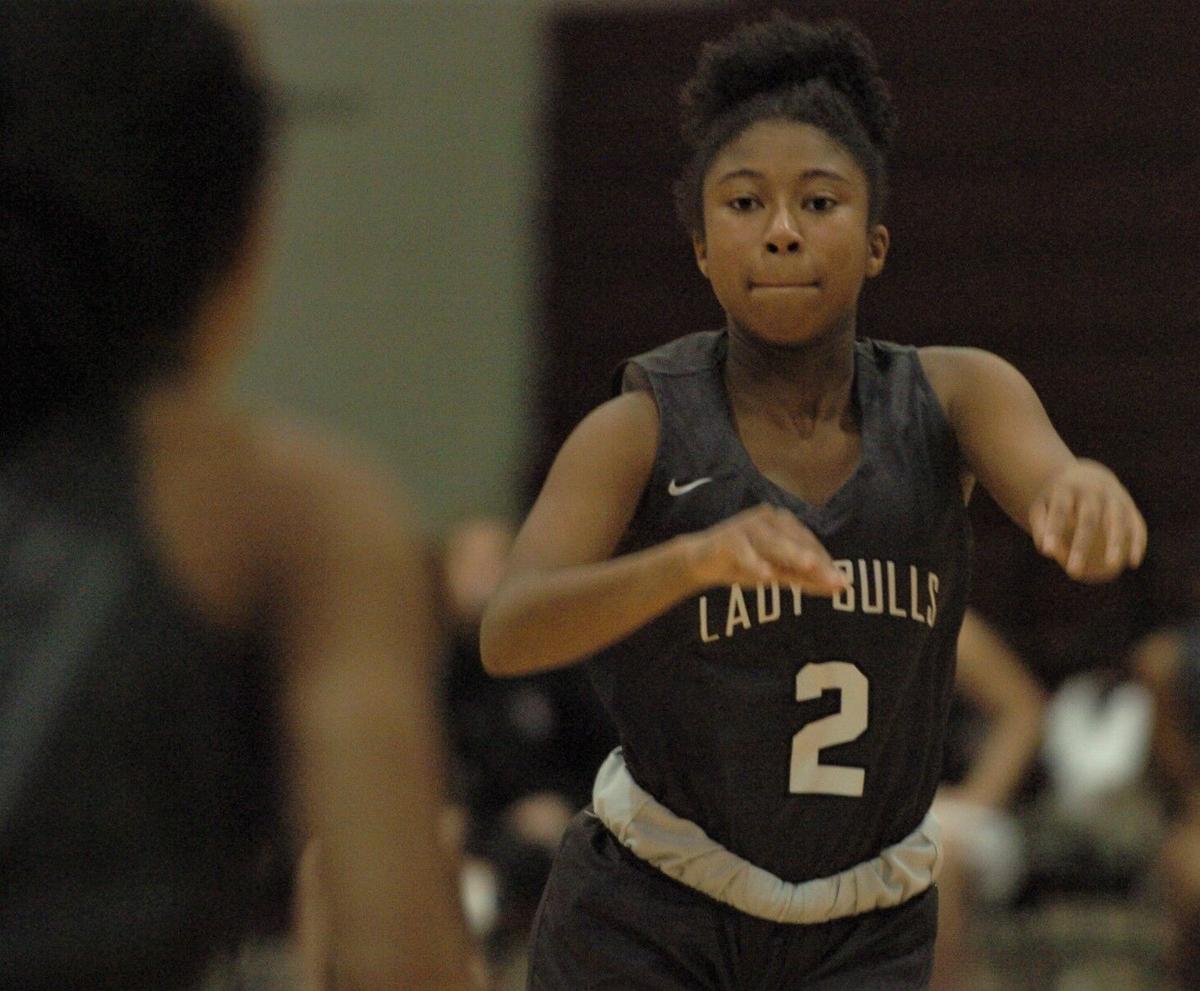 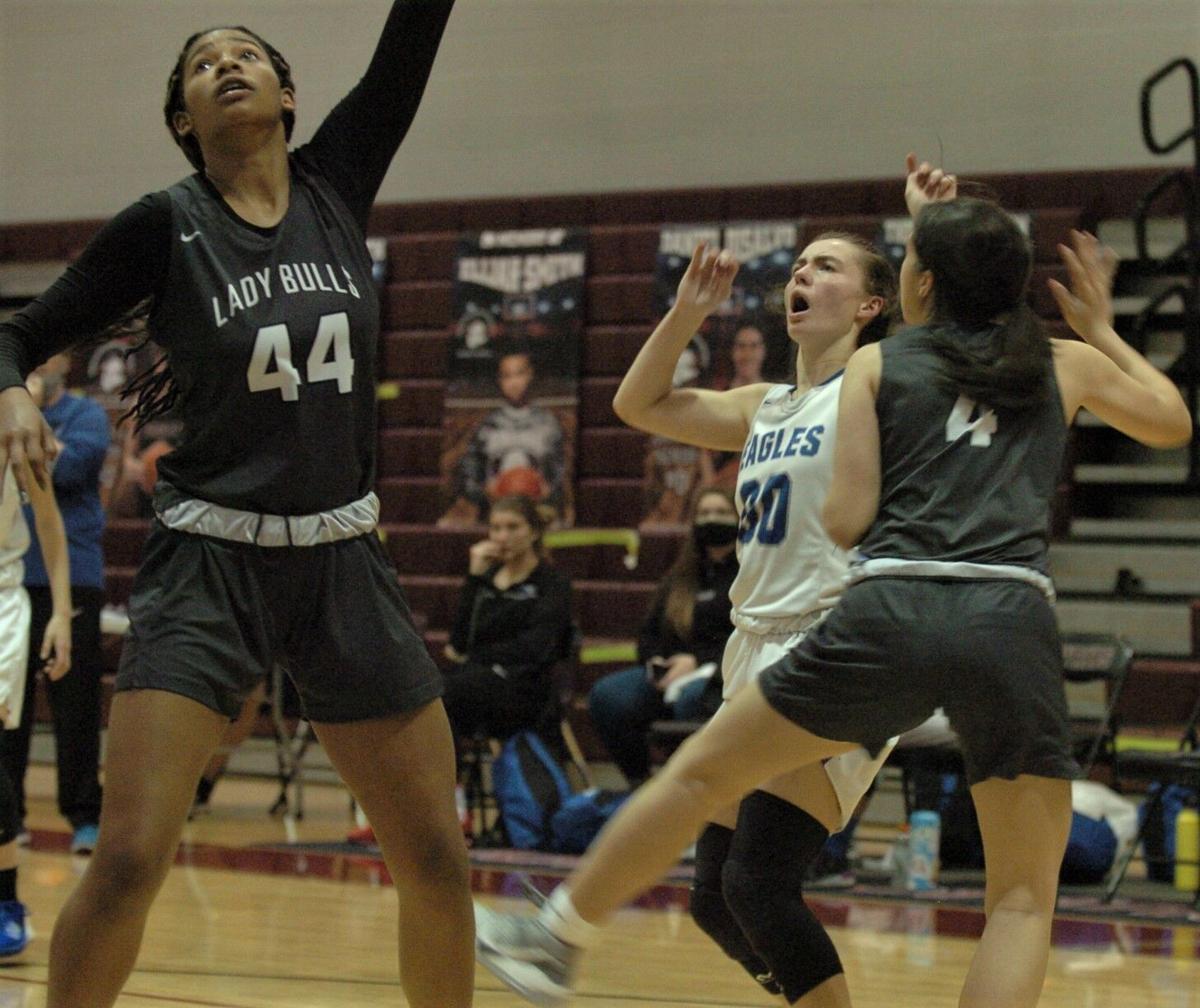 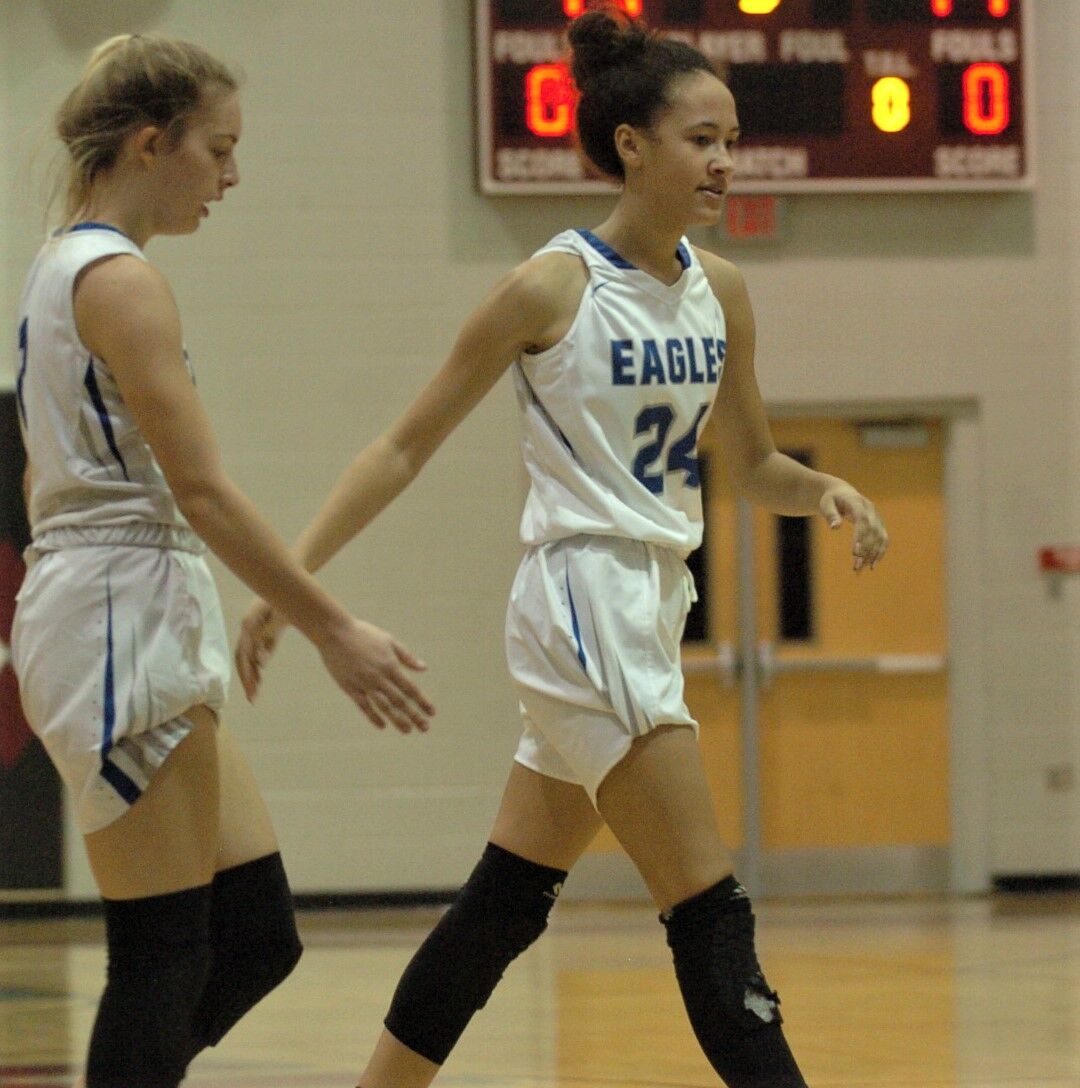 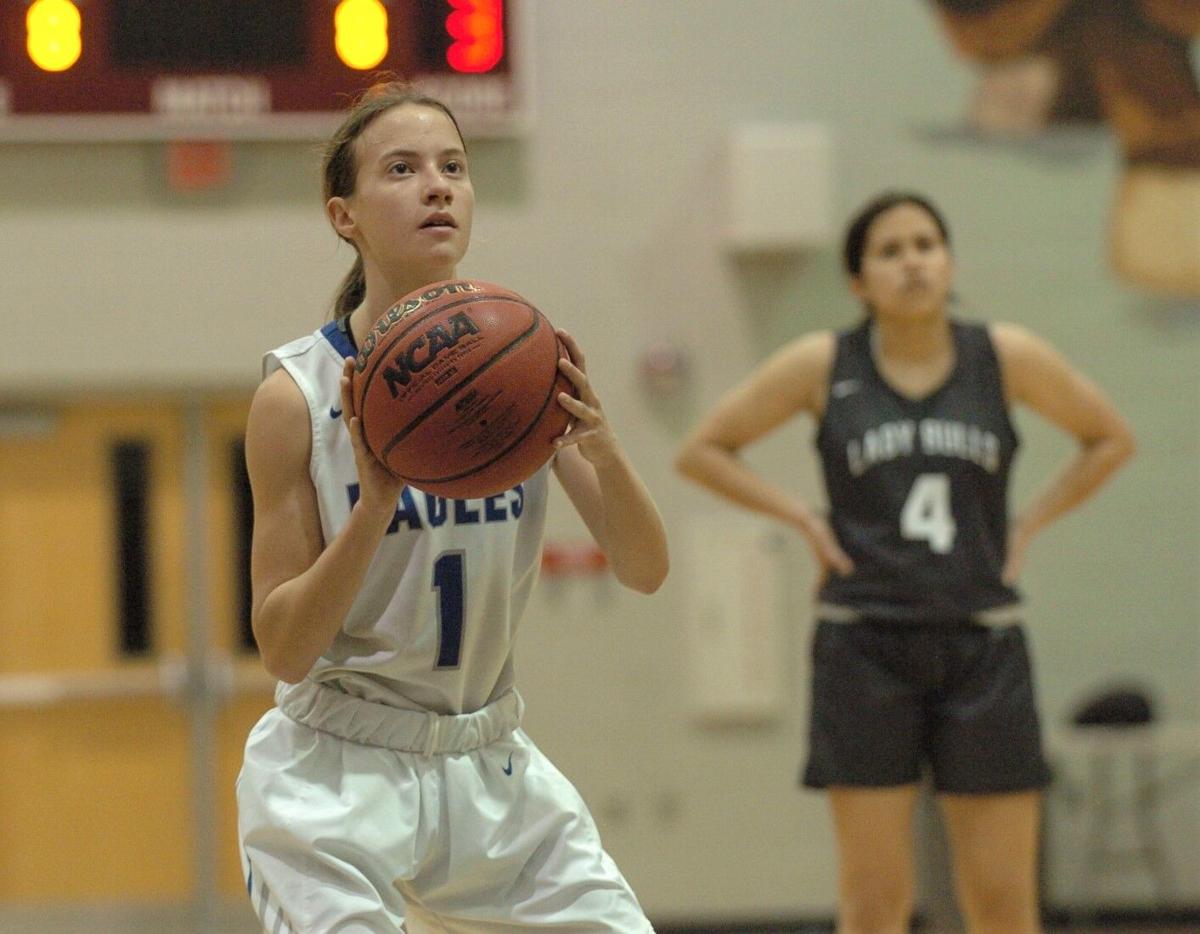 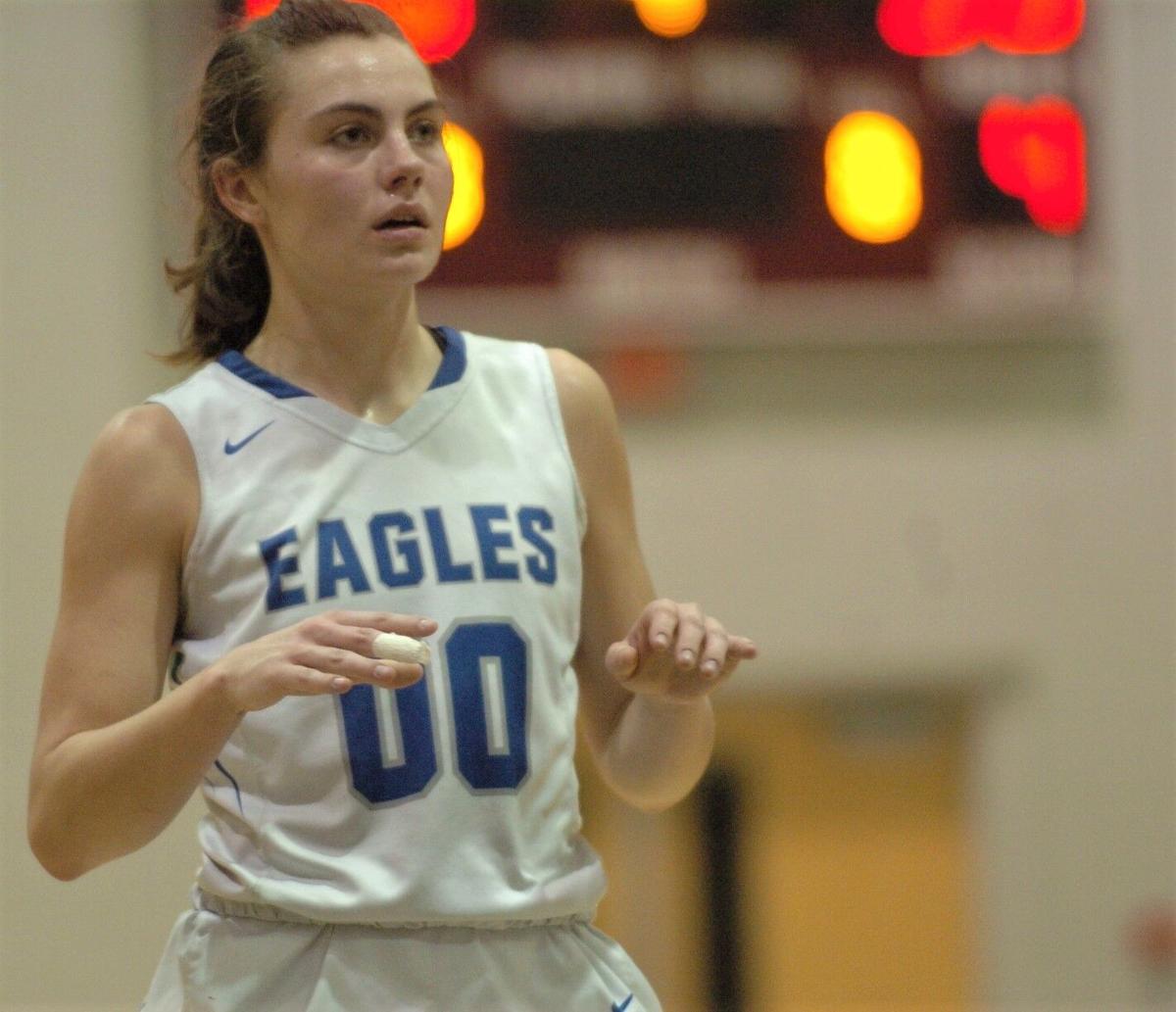 The victory gave the Bulls their first district championship since the 2015-16 season and allows them to host a Class 6A region quarterfinal game next Thursday.

Seeded fourth in the six-team District 6A-9 field, Wiregrass Ranch had to play three times in the tournament and overcome No. 1 Mitchell and No. 2 East Lake to capture the title. Friday night also required overcoming 31 turnovers while somehow never falling behind.

East Lake, going for its third straight district championship, dealt with the same issue early. Adversity bumped up a notch early in the second quarter when junior starter Kennedy Rist suffered a scary head injury that stopped the night’s action and required a response from Pasco County Fire Rescue paramedics.

The loss of Rist caused East Lake to play nearly three quarters with only six players. Guard Sydney Rush was involved in the collision with Rist and was not on the court when play resumed, but the sophomore did return.

Wiregrass Ranch, the tournament host, expanded its lead to 17-9 following Rist’s exit but East Lake fought back with a 5-0 run to end the second quarter.

The Eagles opened the second half with a Sydney Rush 3-pointer that tied the game at 17-17. East Lake tied things up again at 19-19, but that was the last time Wiregrass wouldn’t have the lead after Emma Gregory nailed the second of her four 3-pointers at the 5:20 mark.

Led by Whitney Rush (game-high 17 points), East Lake kept things close until midway through the final quarter. The Eagles trailed 27-26 heading into the fourth and got to within one possession, 33-30, with less than 6 minutes to play, but they wouldn’t score again.

Deep shots weren’t falling late for East Lake and the presence of 6-foot-4 Wiregrass senior center Zoi Evans in the paint finished off the victory. Evans, who is heading to Arkansas to play volleyball, scored 12 points and grabbed a game-high 22 rebounds. She may have posted a triple-double with blocked shots, as well, but that stat was not available after the game.

Wiregrass’s dominance on the glass played a large role in its title-winning effort Friday, outrebounding East Lake 49-24 overall and 16-6 on the offensive end.

The Bulls will be going for their first postseason victory since that 2015-16 district-championship year.