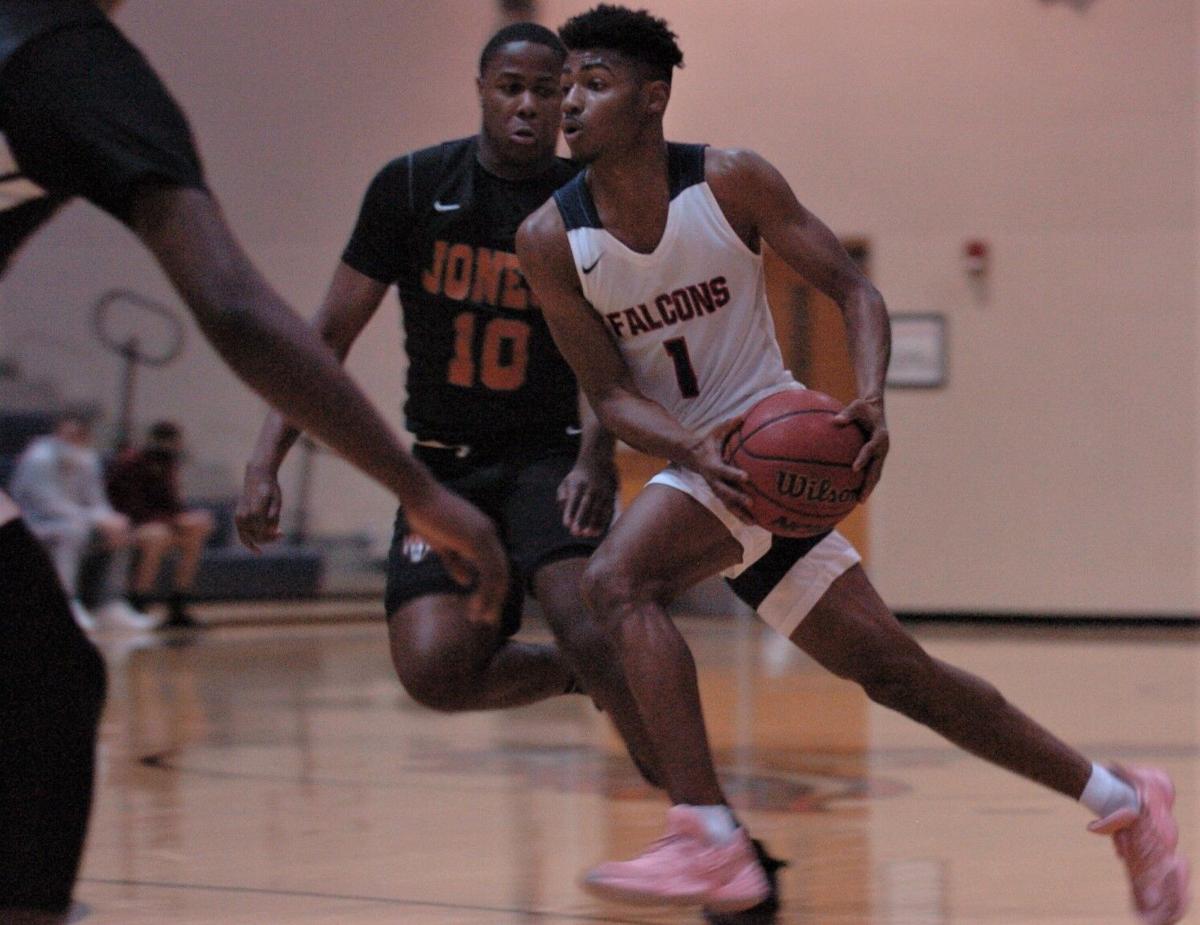 Fivay guard Eric Howard, No. 1, led all players with 27 points, including six 3-pointers. 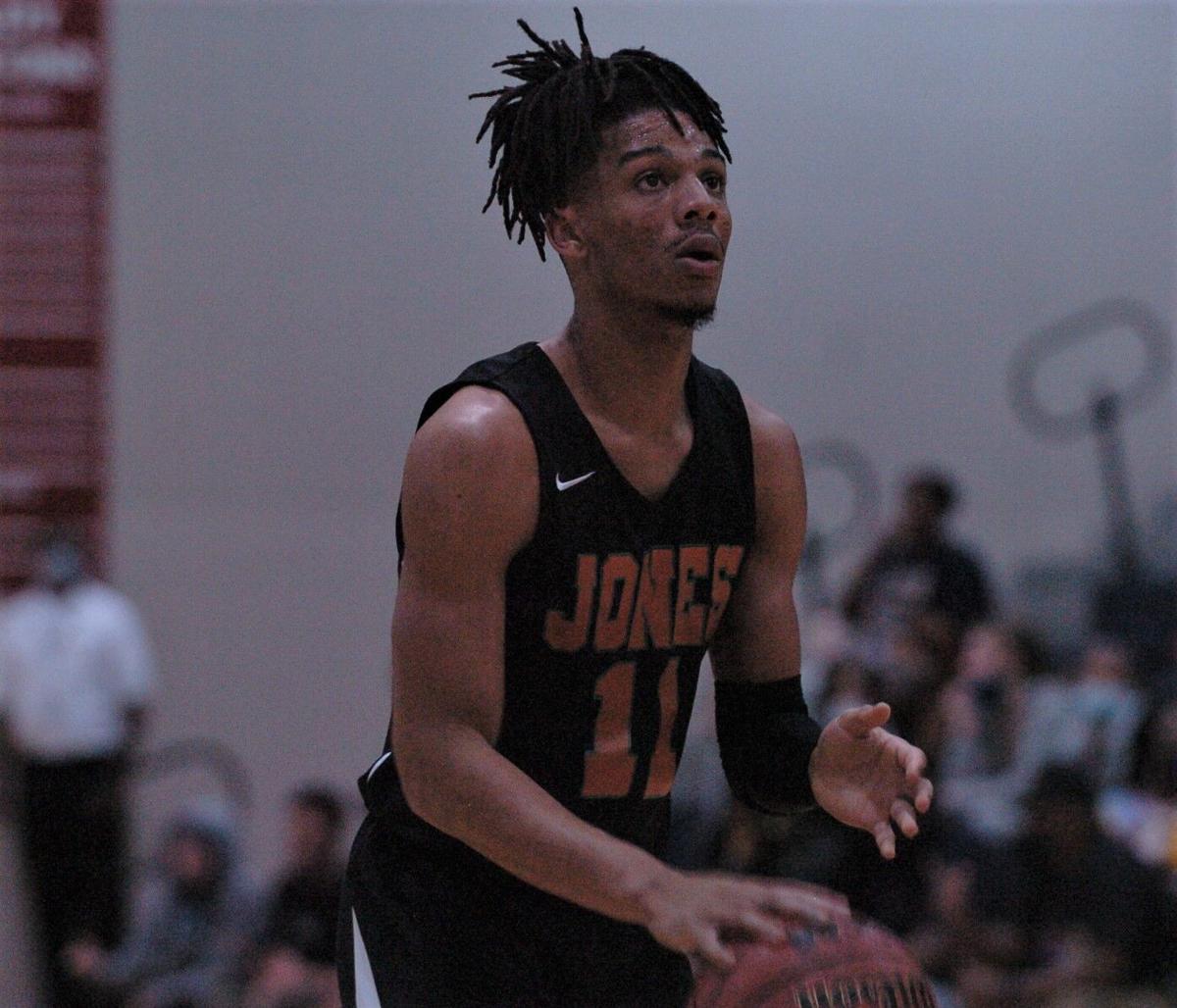 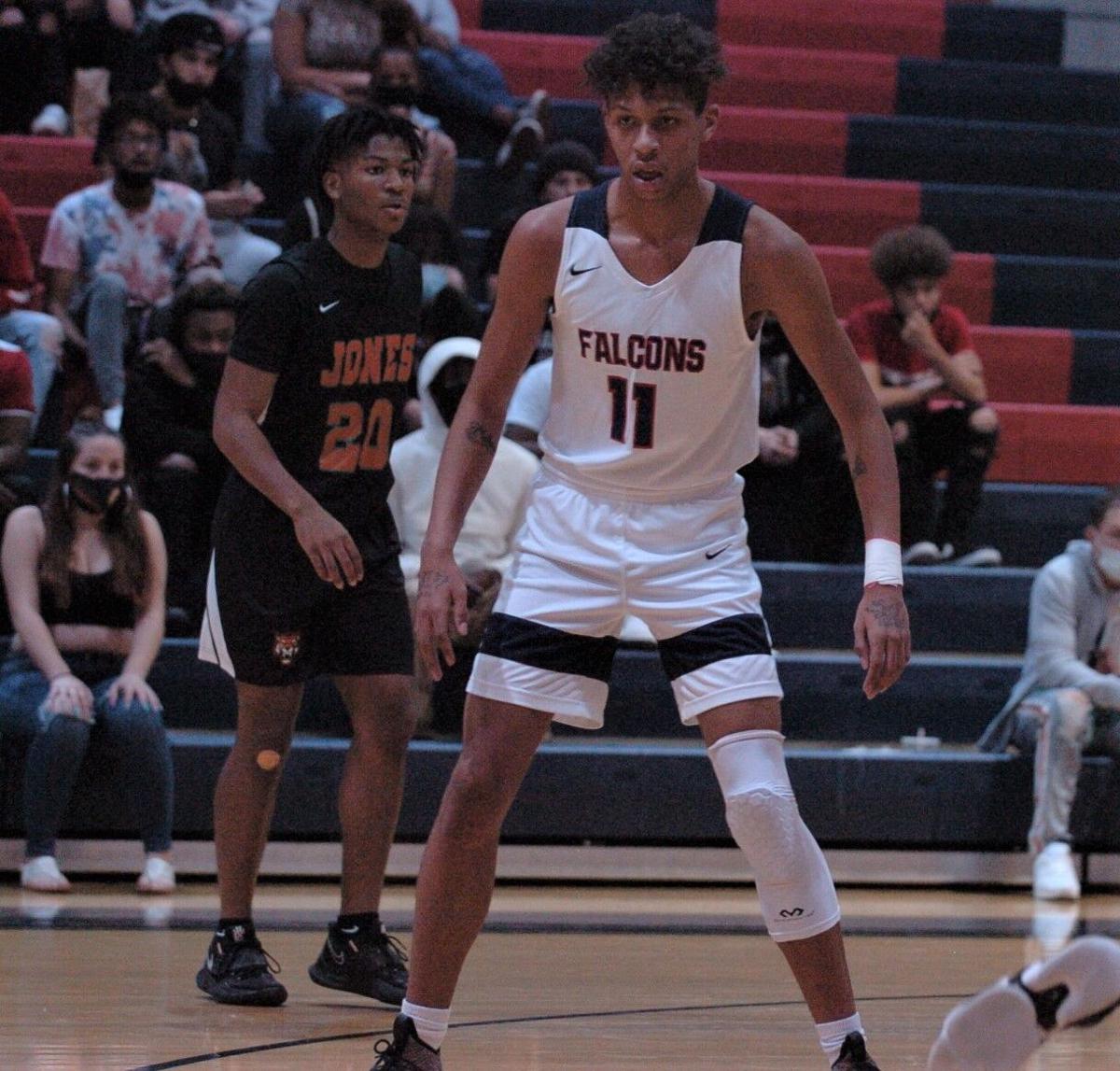 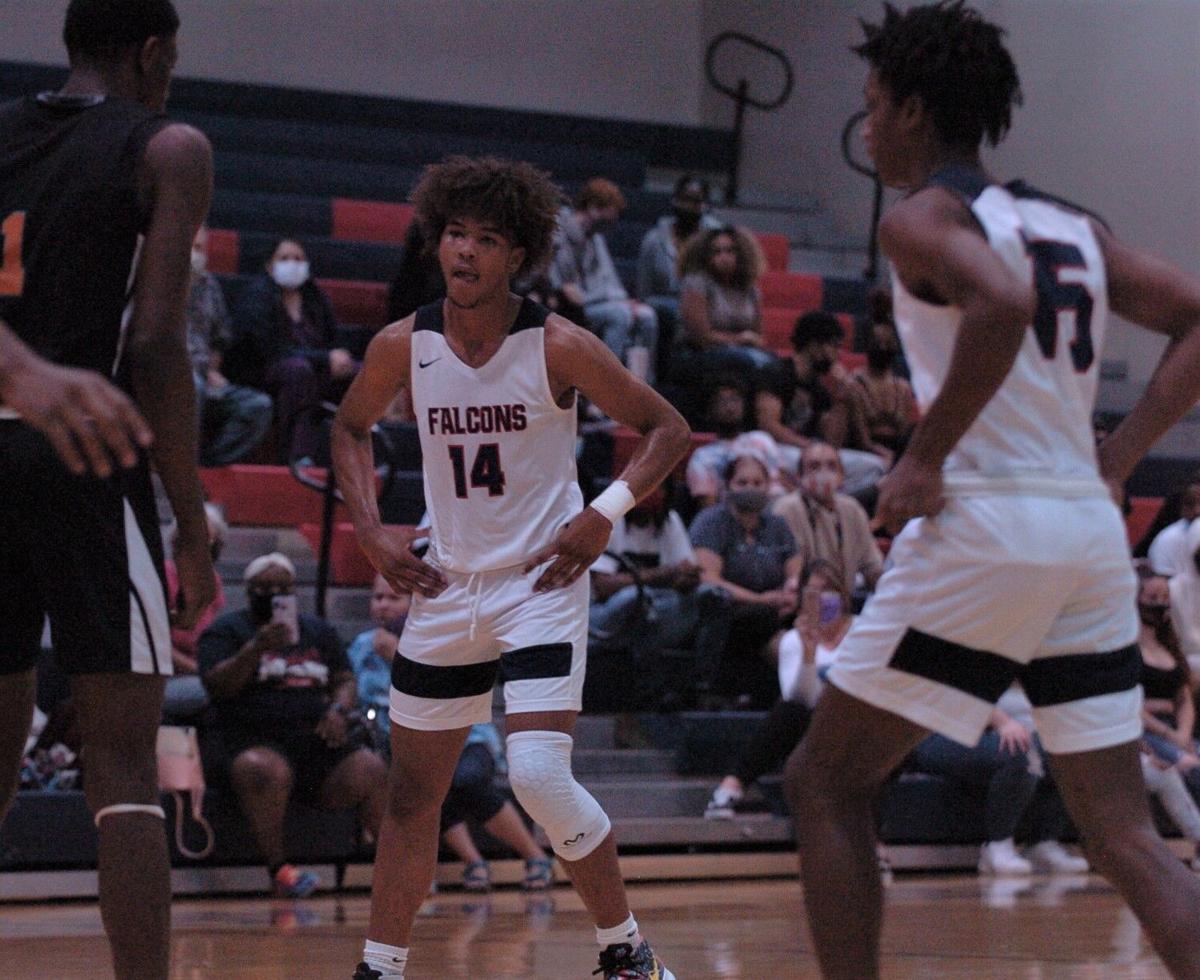 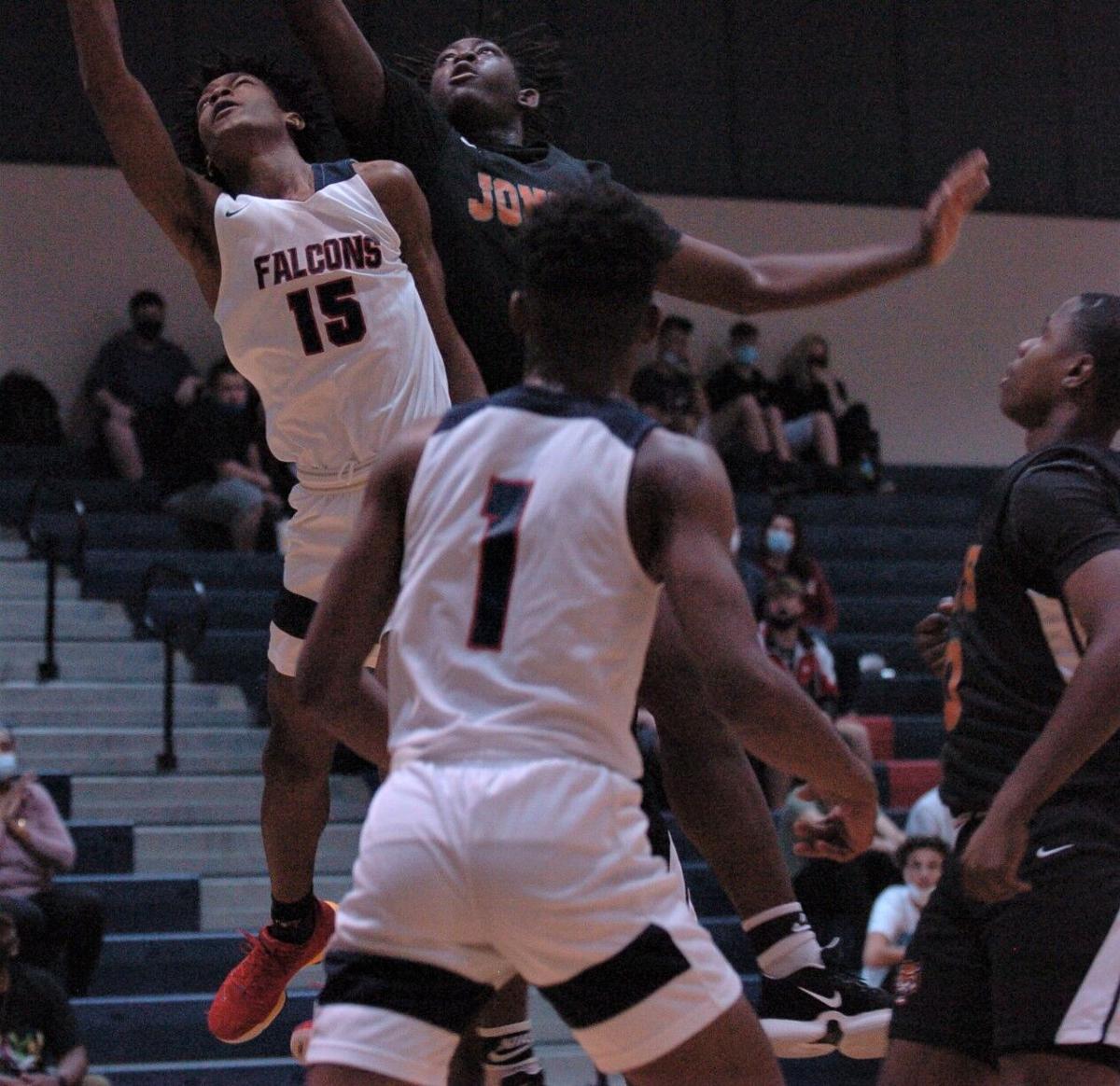 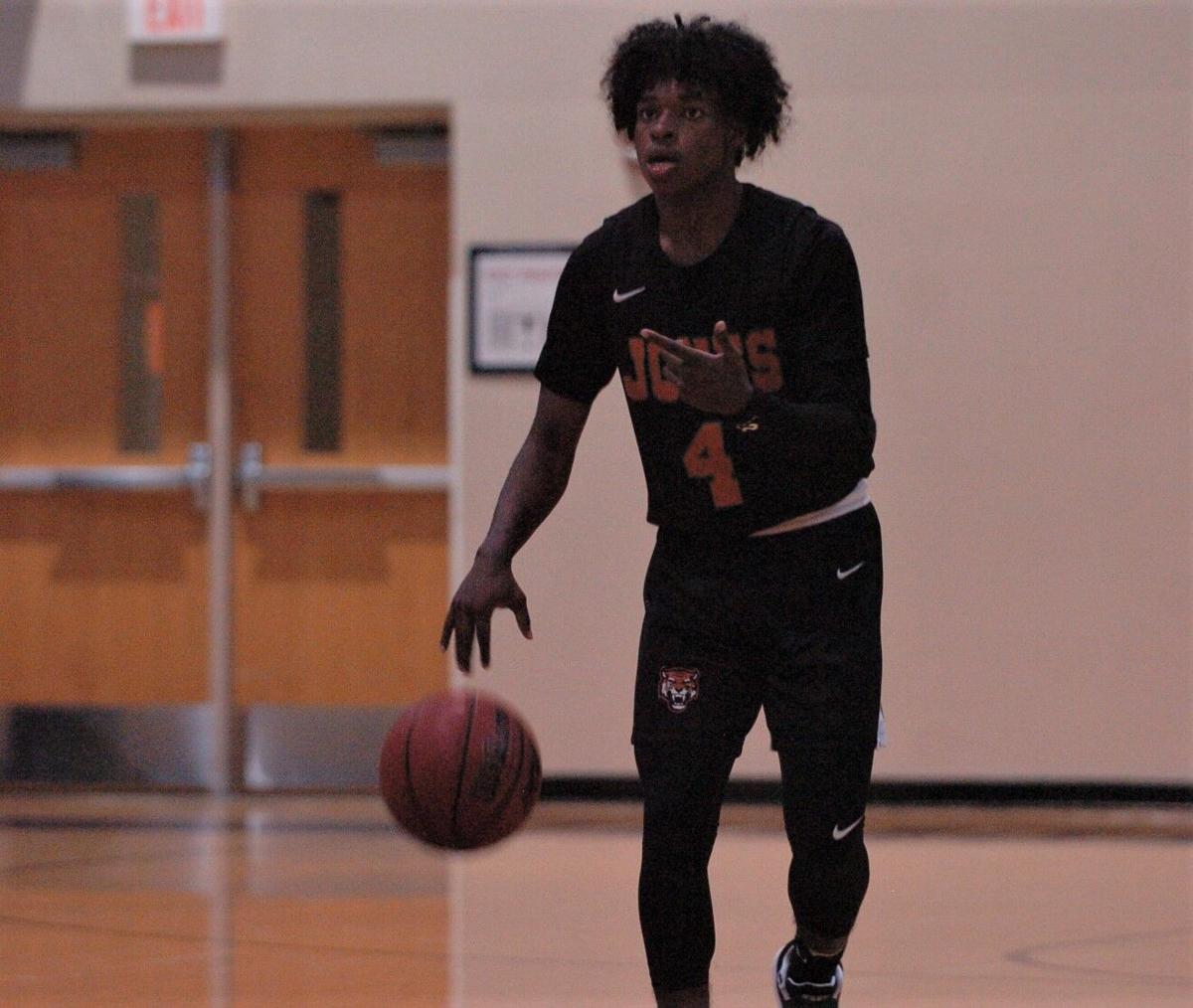 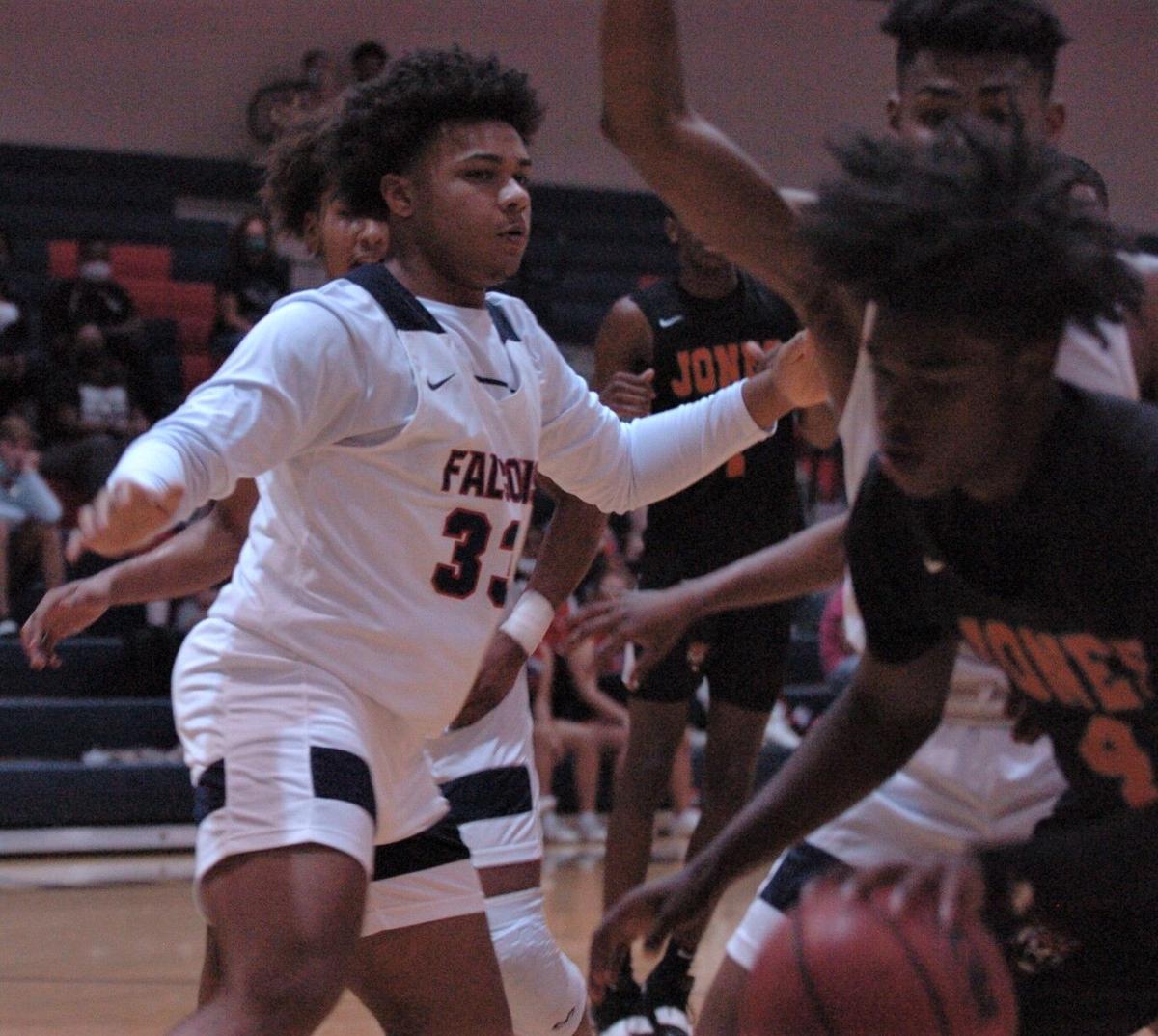 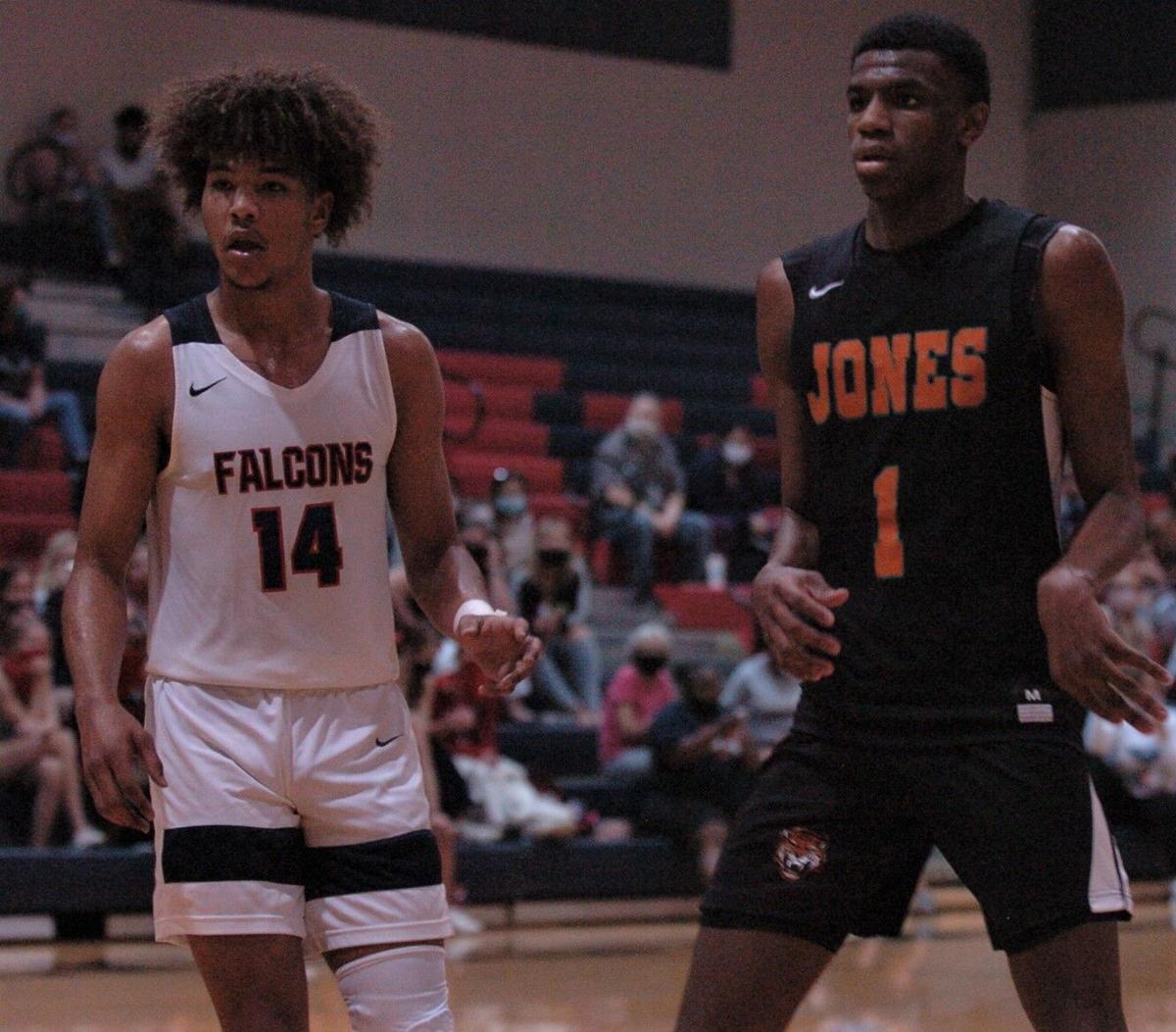 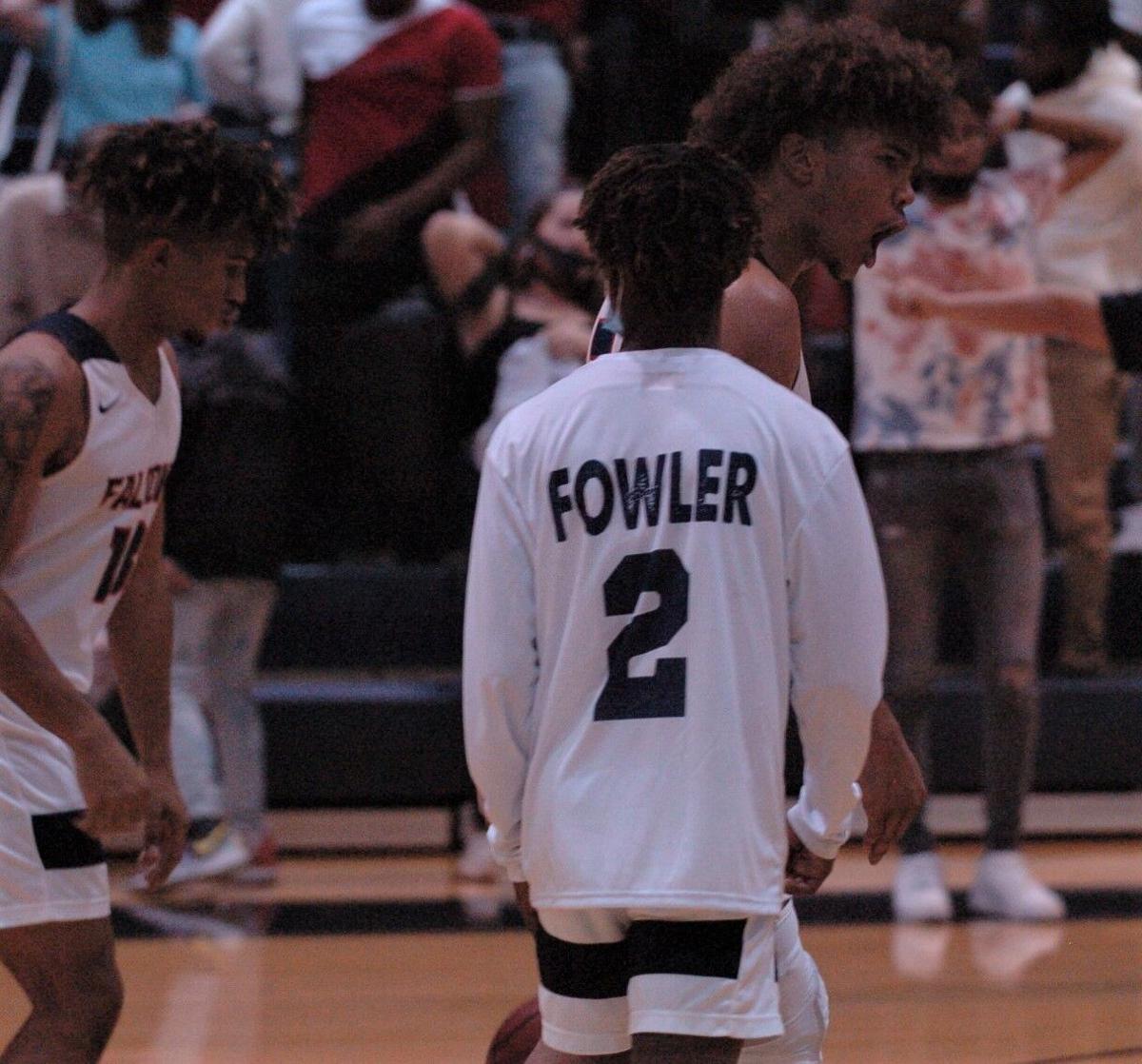 Fivay guard Eric Howard, No. 1, led all players with 27 points, including six 3-pointers.

HUDSON – Fivay boys basketball made history Thursday night, becoming the first team in program history to win in the postseason.

“That’s just my shot,” Howard said of a number of the deep 3s he attempted and made. “People doubt me on those shots, but I know I can make it, so that’s why I take the majority of those shots.”

“He said, ‘Coach, I’m not going to let us lose this game,’ ” Fivay Coach Bryan Williams said of Howard’s impact Thursday. “He told me that in districts, too, and I believe in the guy. He’s a senior and he wants to go out with a bang.”

Facing an early 11-5 deficit in the first quarter, Fivay (23-2) closed out the opening period on a 10-2 run and never trailed again.

Both teams had to deal with foul issues throughout the second half. Nineteen total fouls in the first half – Jones (11), Fivay (8) – partially explains why the Fightin’ Tigers spread out minutes to eight players and 10 Falcons saw action.

Despite playing from behind most of the night, Jones made Fivay earn the historic victory.

“Around halftime it started getting closer and closer,” Howard said. “Calls stopped getting called and we were just fighting though it. It was a tough game and that’s definitely a tough team. We just had to fight and play our defense.”

The Falcons led 30-26 at halftime and needed a strong finish to the third period to keep Jones from snatching momentum. Anthony Henson (16 points) got the Fightin’ Tigers within two points, 39-37, after converting an and-one situation during the final minutes of the third. Highlighted by a pull-up 3 from straightway by Howard, and then a baseline lay-in while falling down at the buzzer by Deondrae St. Clair, Fivay went back up 46-40 heading into the final 8 minutes.

Jones couldn’t get the deficit below five points the rest of the way and the clincher – gauged by crowd noise, at least – came when Howard dropped his sixth and final 3-ball of the night for a 64-52 advantage.

Fivay got another big night in the paint from Erik Scott. The senior forward grabbed a game-high 14 rebounds, including four on the offensive end.

“He’s so underrated,” Williams said. “Basketball people always talk to me about Erik and say he’s a great defender. The guy is a walking double-double. He’s lengthy, he’s smart, he’s a team leader. We live and die with big Erik. He averages 12 rebounds a game and he’s always playing against a guy who’s 2-3 inches taller than him, and he always seems to get double-digit rebounds. He’s really underrated, and I hope that as we continue on some schools look at him and realize that that is a gem right there.”

A victory in the region semifinals would send Fivay to the Class 5A Region 3 finals next Friday, Feb. 26, against the winner of Auburndale and Rockledge. Either opponent would get to host based on bracket positioning because they’re both district champions.

Fivay, a district champ itself for the first time in program history, is looking to make its first postseason trip a lengthy one.

“It means a lot because my ninth-grade year I played with a whole bunch of guys that were seniors at Ridgewood High School and we went to I think the Elite 8 and I didn’t get to play,” Howard said of Ridgewood’s final basketball game in school history before closing, a region-final home loss against Palatka.

“I was upset, so I was like, one of these years I’m going to take my team back,” he said. “I stayed with the same exact team, we all grew together, we played AAU in the offseason, and we just knew this was going to come. We’ve been ready for this for a long time and we’ve been waiting for this.”

It was visible how much the accomplishment meant to Williams, either while pumping his fists as the final seconds ticked away, celebrating with his players or getting congratulated by other coaches, school staff members and parents.

“For the program, it’s validation a little bit,” Williams said. “I’ve spent the past six years trying to build this program from nothing. A single-digit-win team to 20-plus this year, a district championship, a conference championship, the first-ever regional game, and a win. I can’t say enough about how tough these guys have played all year. They worked hard, they bought into my system. These guys have been with me almost three years, so they understand what I expect and they understand what it takes to play hard and what it takes to win.”