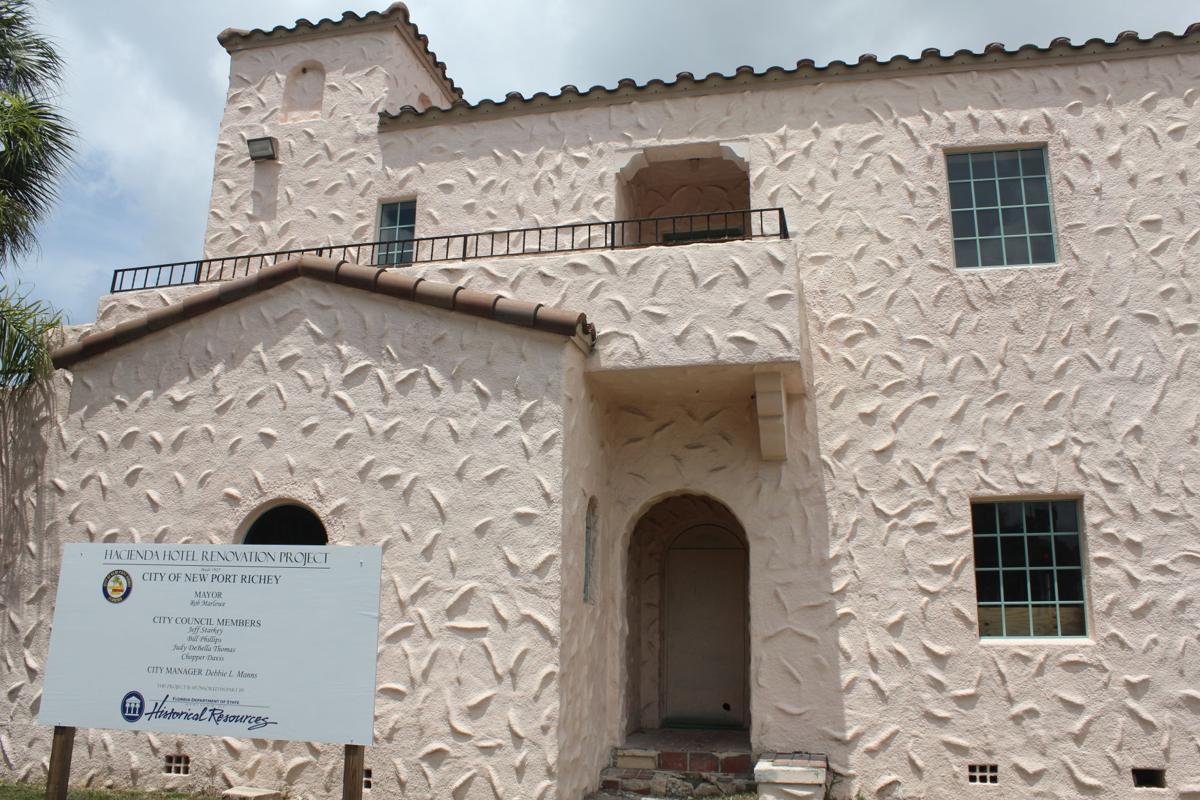 The Hacienda Hotel in downtown New Port Richey has been in a state of restoration for years, but the historic structure’s current developer is getting it close to reopening. 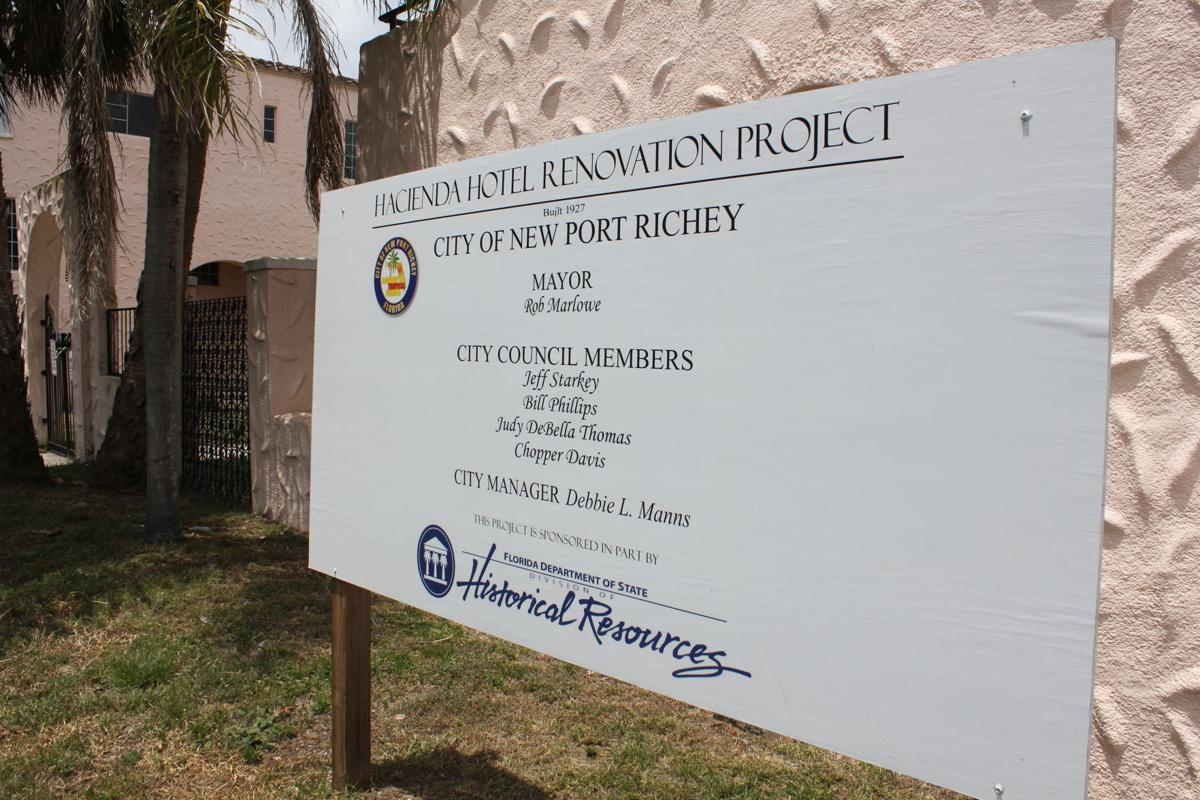 New Port Richey purchased the Hacienda Hotel in 2003. The historic building’s been vacant for more than a decade. Its restoration is progressing and the current developer believes it may reopen in 2020.

The Hacienda Hotel in downtown New Port Richey has been in a state of restoration for years, but the historic structure’s current developer is getting it close to reopening.

New Port Richey purchased the Hacienda Hotel in 2003. The historic building’s been vacant for more than a decade. Its restoration is progressing and the current developer believes it may reopen in 2020.

NEW PORT RICHEY — Restoring and resurrecting downtown’s crown jewel remains a work in progress, but at least there’s progress being made.

“As for the Hacienda, the restoration continues,” Jim Gunderson, president of the Hacienda Hotel Florida Corporation, wrote in an email response to a request for an update on the project.

The Hacienda Hotel, a 90-plus-year-old structure at the northwest corner of Main and Bank streets, hasn’t operated as a hotel in decades and the building’s been left vacant and unused for the majority of this century.

Since purchasing the National Register of Historic Places-listed building in 2003, the city has gone through a handful of developers attempting to renovate and reopen the Hacienda. Gunderson and the city came to terms of a lease agreement last summer. At the time of signing the lease agreement, fall-winter 2019 was targeted as a completion date. As is the case with old buildings, especially ones that have been vacant for more than a decade, unforeseen snags have slowed the restoration process.

“As with any historic restoration, we certainly have experienced a few 'oh my' surprises, due mostly to old water leaks and various maintenance Band-aids,” Gunderson wrote. “These have slowed us up a bit, as we've tackled them one-by-one.”

Former City Councilman Bob Langford, president of the Friends of the Hacienda and the West Pasco Historical Society, stages periodic presentations updating the Hacienda renovation process and added that the building’s listing on the National Register of Historic Places adds to the restoration’s complexity.

“The challenge as he’s going along is keeping it historically correct,” Langford said during a phone interview. “It’s a national historic building, so, especially with using grant money, they have to stay within the parameters of the original architecture.”

While handling these challenges may slow progress at times, a self-professed “old building geek” like Gunderson embraces each task.

“As someone who likes to restore old buildings, I'm always trying to figure out, or guess, why certain structural or design details were originally done the way they were,” Gunderson wrote. “Clearly the architect and/or builder had something in mind. However, since you can't ask them and because the original plans no longer exist, you're left to speculate. The Hacienda has certainly provided me with a number of ‘I wonder why … ’ design puzzles. Chalking them up to cost is not always the correct answer.”

Part of last year’s lease agreement was for the Hacienda to reopen and remain as a mid-scale hotel. Gunderson and his wife, Alexandra, also own and operate another historic hotel, the Lakeside Inn, in Mount Dora, which the couple also restored.

Gunderson did not provide any hard dates for completion or a grand opening, but 2020 is a possibility.

“Yes, there have been some surprises, but nothing insurmountable,” he wrote. “Generally speaking, things are moving along quite well. As for a timeline of completion — I would certainly like to believe that by this time next year we will either open or be extremely close.”

Despite past setbacks, delays and unmet goals, Langford said he feels like he can see the finish line and can’t wait for the Hacienda’s revival.

“I’m stoked,” he said. “I’m really excited about what this is going to turn into in the end.”

Florida Department of Health reported two new cases of COVID-19 in Pasco County on Monday, bringing the count to 388. The death toll stands at 13.