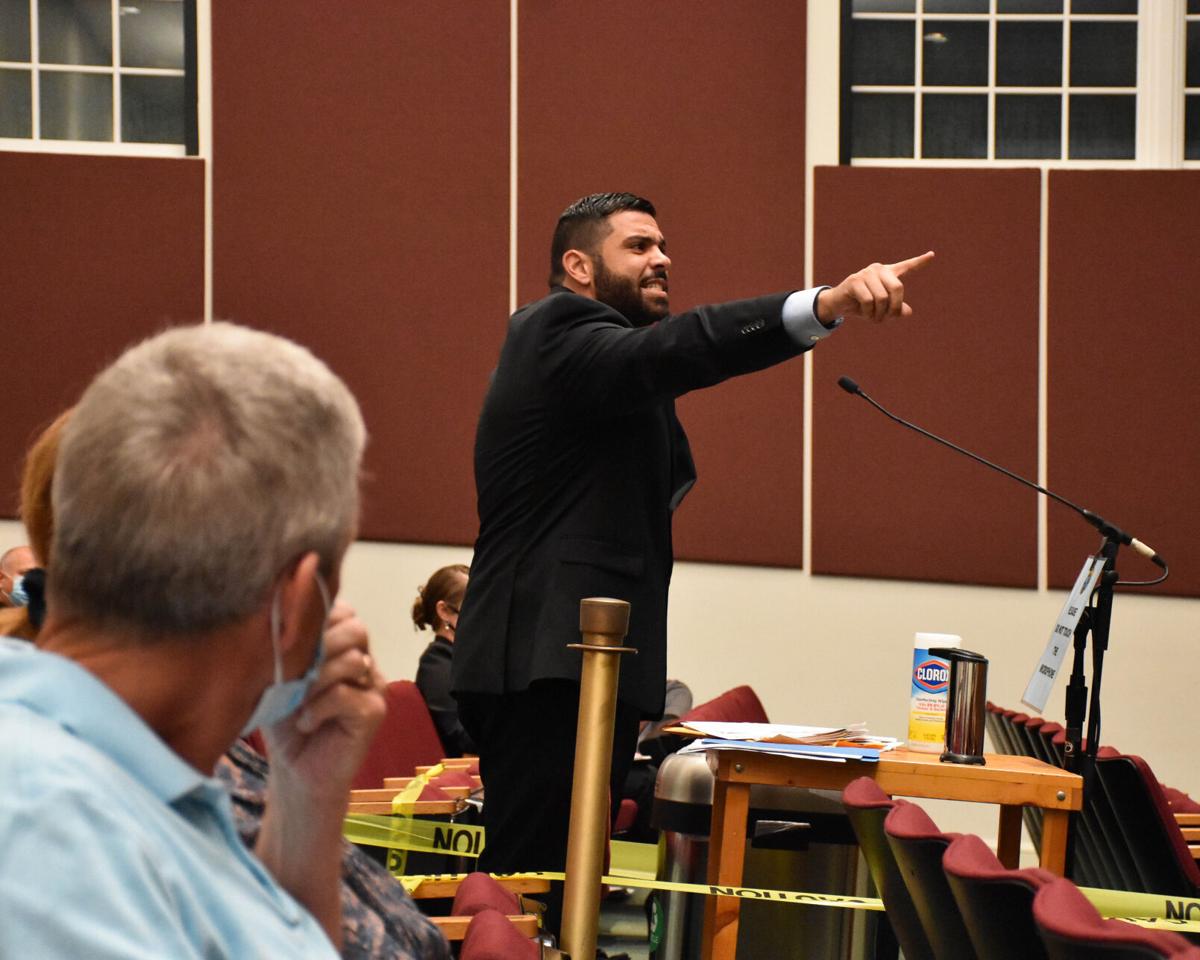 Outspoken Tarpon Springs resident Panagiotis Koulias had a heated exchange with Mayor Chris Alahouzos during a discussion about the tenure of the city manager. 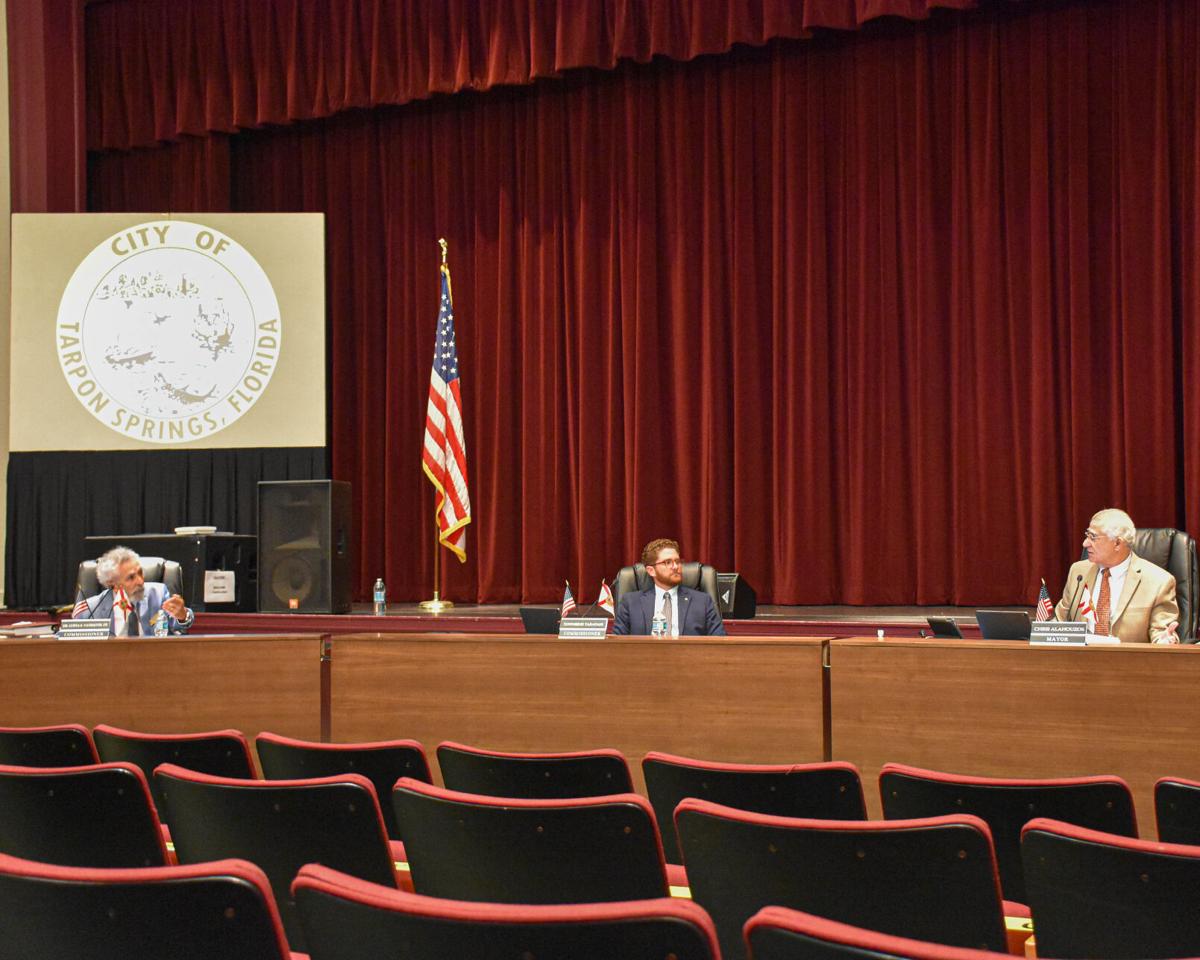 City commissioners on Nov. 10 held their first in-person session since the pandemic began, and the meeting featured allegations, accusations and name-calling during an item addressing the tenure of City Manager Mark LeCouris. 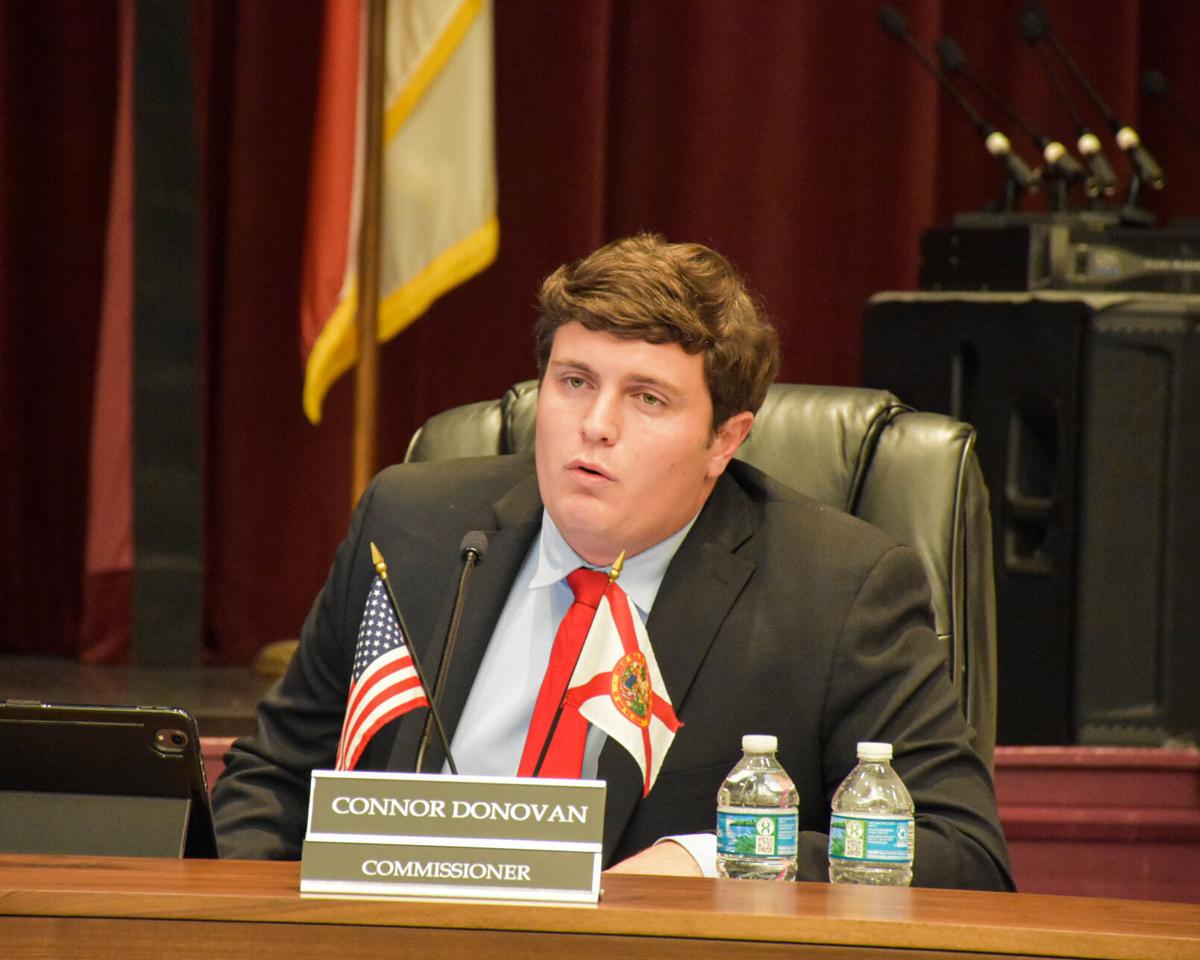 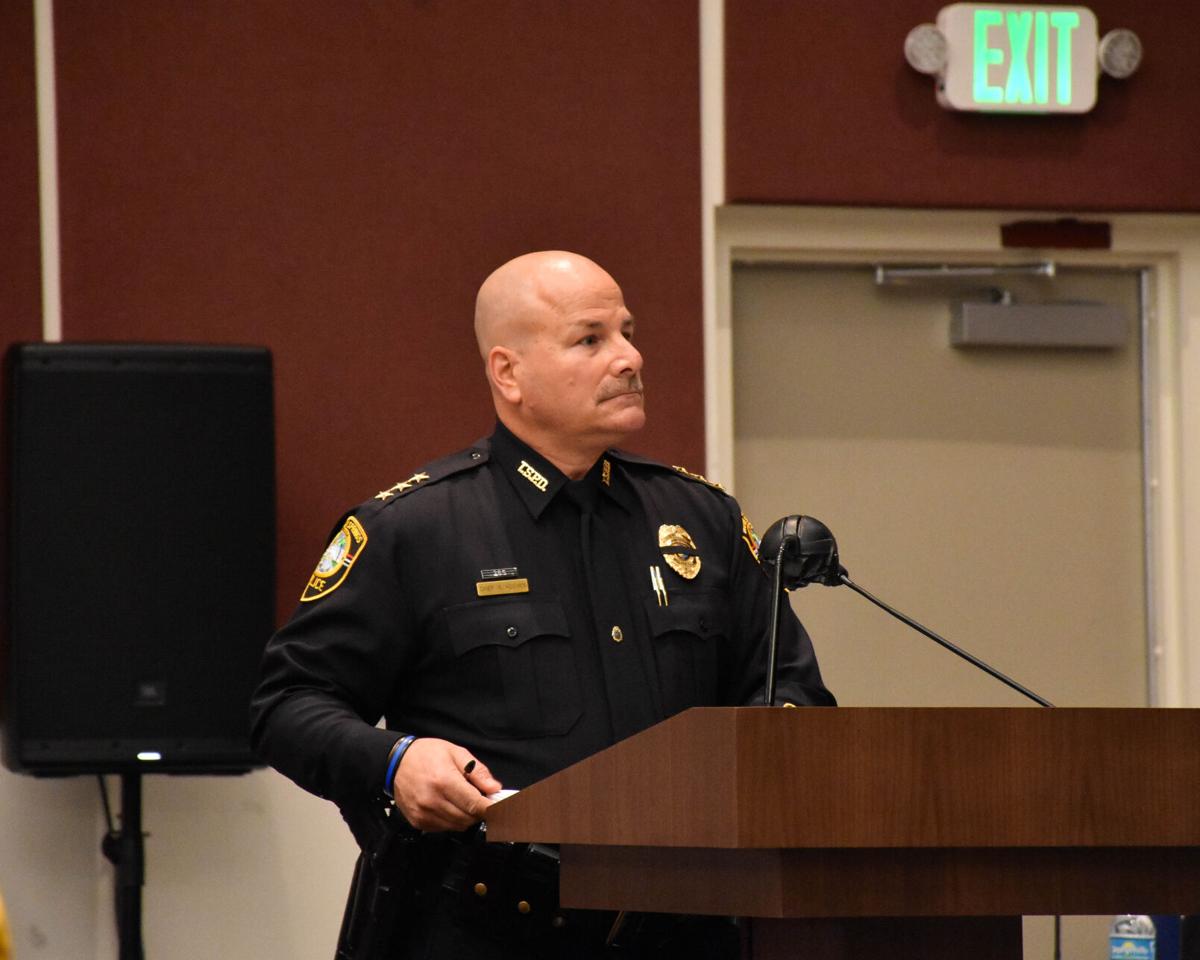 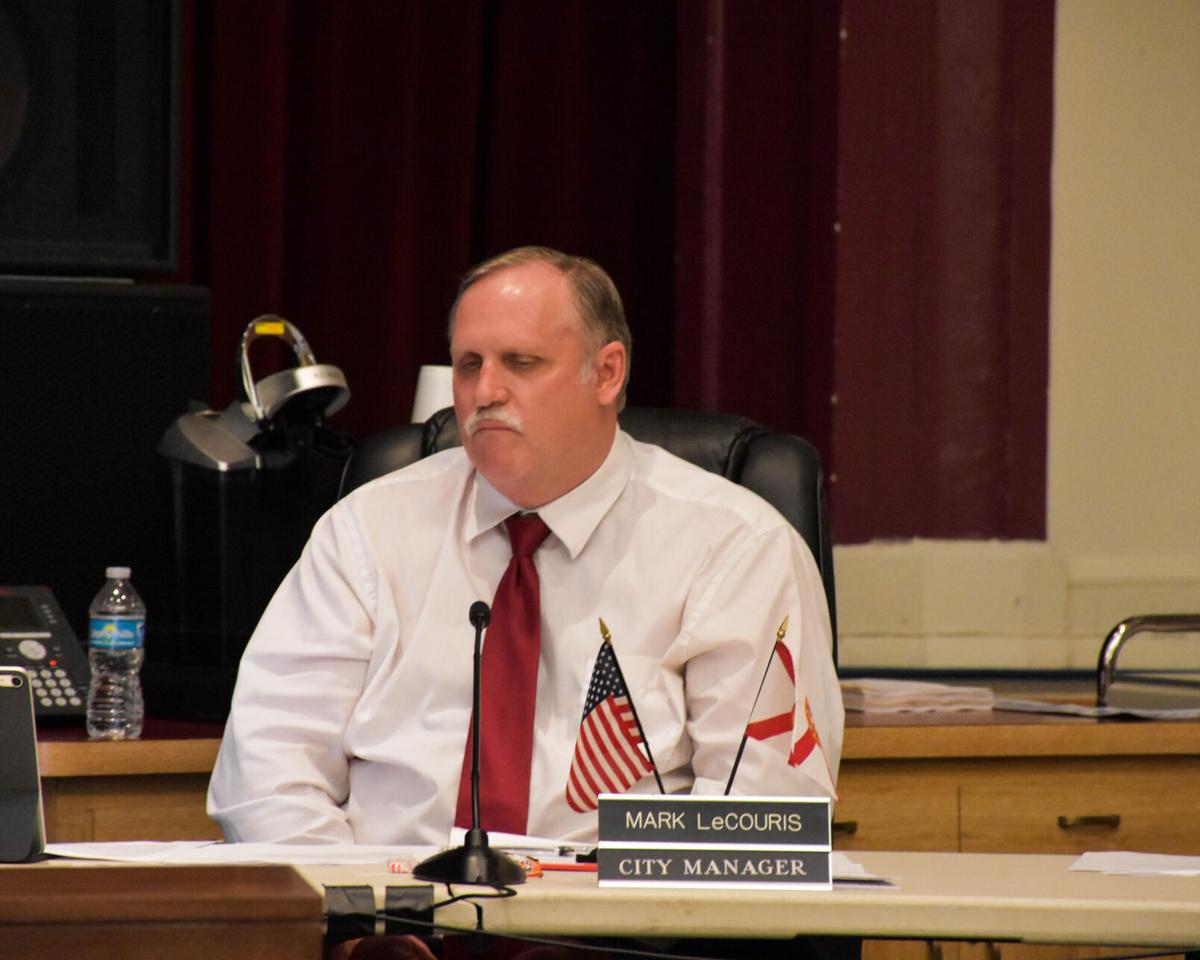 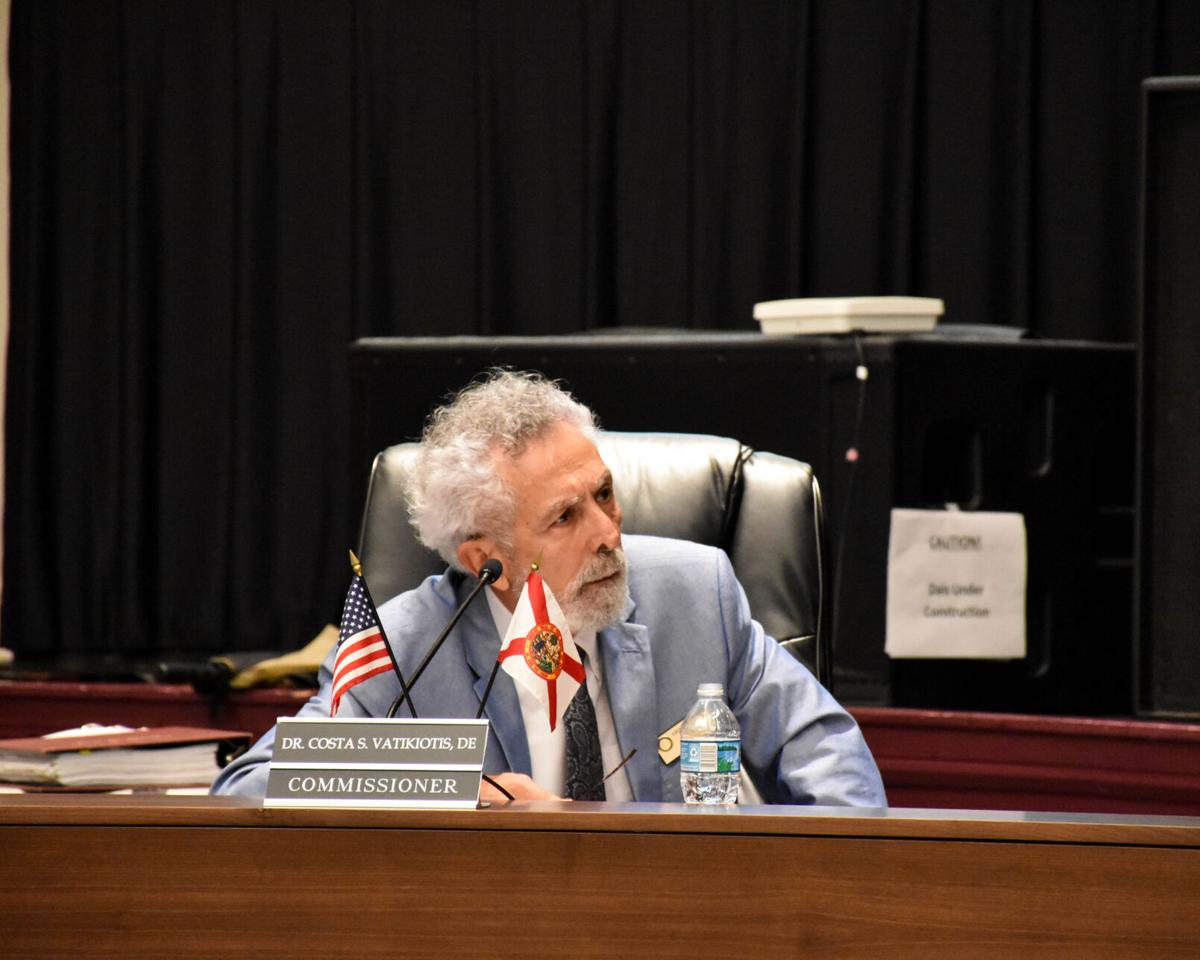 Outspoken Tarpon Springs resident Panagiotis Koulias had a heated exchange with Mayor Chris Alahouzos during a discussion about the tenure of the city manager.

City commissioners on Nov. 10 held their first in-person session since the pandemic began, and the meeting featured allegations, accusations and name-calling during an item addressing the tenure of City Manager Mark LeCouris.

But the board’s return to City Hall turned out to be memorable for all the wrong reasons, as an agenda item presented by Commissioner Costa Vatikiotis regarding the end of City Manager Mark LeCouris’ tenure and the ascension of his potential successor sparked a lengthy discussion that quickly devolved into a series of allegations and accusations, prompting Mayor Chris Alahouzos to label the meeting as “the worst” he’s ever been a part of during more than a decade of service to the city.

“This is probably one of the toughest, maybe the worst meeting I’ve ever had, and I hope we never have another meeting like this,” Alahouzos said at the end of the four-hour session. “We need to be more understanding, more professional and care for other people’s feelings …. without insulting anyone.”

The source of the discord stemmed from an Oct. 9 email LeCouris sent to the commission stating his plan to shift retiring Tarpon Springs Police Chief Robert Kochen into a role where he would assist LeCouris with city day-to-day operations during Kochen’s remaining five months with the city.

Under this plan, TSPD Maj. Jeffrey Young would assume the role of acting police chief with a five-month evaluation period to determine if he should be Kochen’s successor. According to the city attorney, the city manager has the authority to make such moves without permission from the commission with no salary adjustments needed. He also noted the commission does not have the authority to set a retirement date for charter officials, only the power to hire and fire them.

Vatikiotis responded with an email requesting the item be put on the agenda so the commission could openly discuss LeCouris “needing more help in the day to day operations of the city, and choosing one of the highest paid and specialized department heads to provide that help.”

According to the Oct. 12 email, Kochen makes $115,591 annually while LeCouris makes $134,591 annually from his city manager salary. LeCouris also collects a pension from the city from his career as a police officer and former chief.

In the email, Vatikiotis questioned whether Kochen is retiring in March.

“If not, then this announcement and its approach are consistent with the suspicions of many residents in the city that City Manager LeCouris will try to replace himself with Chief Kochen upon his own retirement,” the email states.

The accusation was staunchly denied by LeCouris.

“I want to emphasize that this memo that I sent has nothing to do about creating an assistant city manager, this memo says nothing about grooming Chief Kochen for whatever position,” he said, adding, “there has never been a discussion between Chief Kochen and myself about an assistant city manager position, about grooming him for the position, nothing like that.”

LeCouris said the mayor first suggested he get some help running the city several months ago as his workload increased during the pandemic, and the idea was “to have (Kochen) help with all the projects that we talked about like other department heads do for me and Jeff Young to get his transition in there. But it’s been taken so far in another direction.”

LeCouris also noted when he was ready to retire his successor would be selected via a nationwide search, a statement that was backed up by the mayor.

When it came time for the board’s comments, the idea to set an end date for LeCouris’ tenure, and more specifically the way it was brought about, was met with backlash from Vatikiotis’ commission colleagues.

“I think it’s hypocritical that you won’t ask the employee what their plans are after retirement, but you’ll fillet an employee in an eight-page memorandum,” Commissioner Connor Donovan said in regard to Vatikiotis stating he did not ask Kochen whether he planned to retire in March. “I have a big problem with that. I don’t support the motion and I don’t support how you’ve treated city staff, Commissioner Vatikiotis. I was disgusted by the memo and I don’t trust your judgment.”

Alahouzos also said he “didn’t appreciate the comments” Vatikiotis made about LeCouris, noting he was the one who suggested LeCouris have additional help.

“Providing help to Mr. LeCouris for all the work that we want to get done, I found that to be a good thing,” Alahouzos said. “But one thing that I do not appreciate, Commissioner Vatikiotis, is the comments that you made in your email attacking the character of the city manager and the chief of police. I found that to be unacceptable.”

Vatikiotis asked for evidence of where he attacked anyone in his email and noted the situation had turned into a “tinderbox,” and when it came time for public comments the situation spiraled from there, with a local business owner stating she was “really scared to say what she had to say” about the city manager and another outspoken resident leveling accusations at nearly every person on the dais.

“The only reason why you guys are up here, not for your love of the city, but to control the city for your own personal interests,” Panagiotis Koulias said. “And it’s disgusting!”

When the dust finally settled, the mayor asked for a vote on the motion to set a retirement date for LeCouris, and it failed by a vote of 4-1, with Vatikiotis casting the lone vote in favor of the item.

The next day, Alahouzos and Vatikiotis commented on the tumultuous night.

“I was disappointed with how it turned out, and it’s not something I would like to see again,” the mayor said following what he called a sleepless night. “This is not leadership to me. We all work for the public and we’re here to serve, and we must be able to work together for the people of Tarpon Springs without sending accusatory emails. I don’t appreciate that.”

Asked if he had any regrets about how the situation played out, Vatikiotis replied via email, “I have no regrets for myself. I would do it all over again if it means bettering Tarpon Springs and help define a direction and vision for the city. However, I do regret the unfounded allegations and innuendos by Mayor Alahouzos and Commissioner Donovan. … That type of poor behavior adds nothing to the discussion.”

When the mayor was asked if he felt the commission would be able to put it all behind them and work together moving forward, Alahouzos said, “for now I think we stopped it. I want (Vatikiotis) to be a team player so we can all work together. I just don’t want to have any more behavior like this again … and I’m hoping this will never be repeated.”