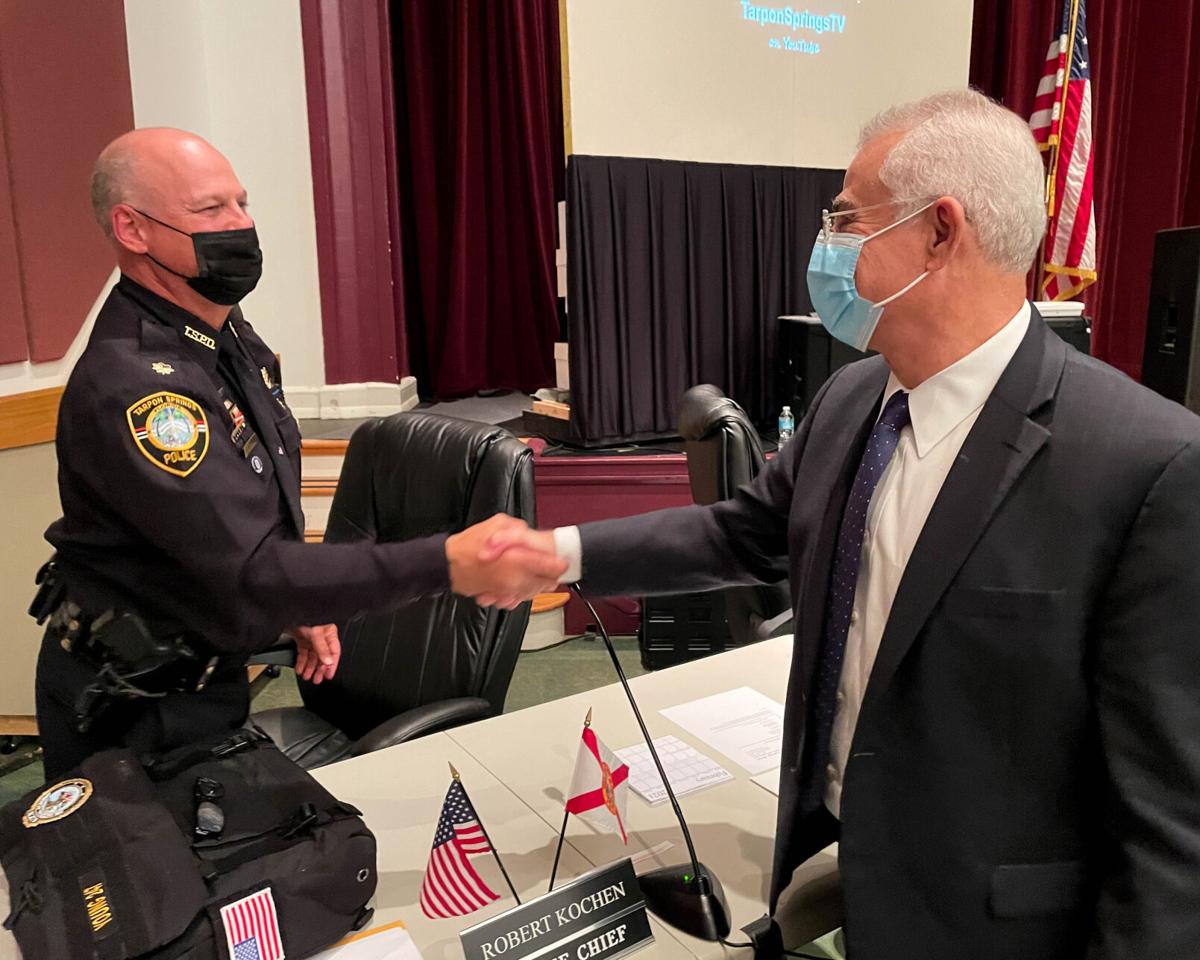 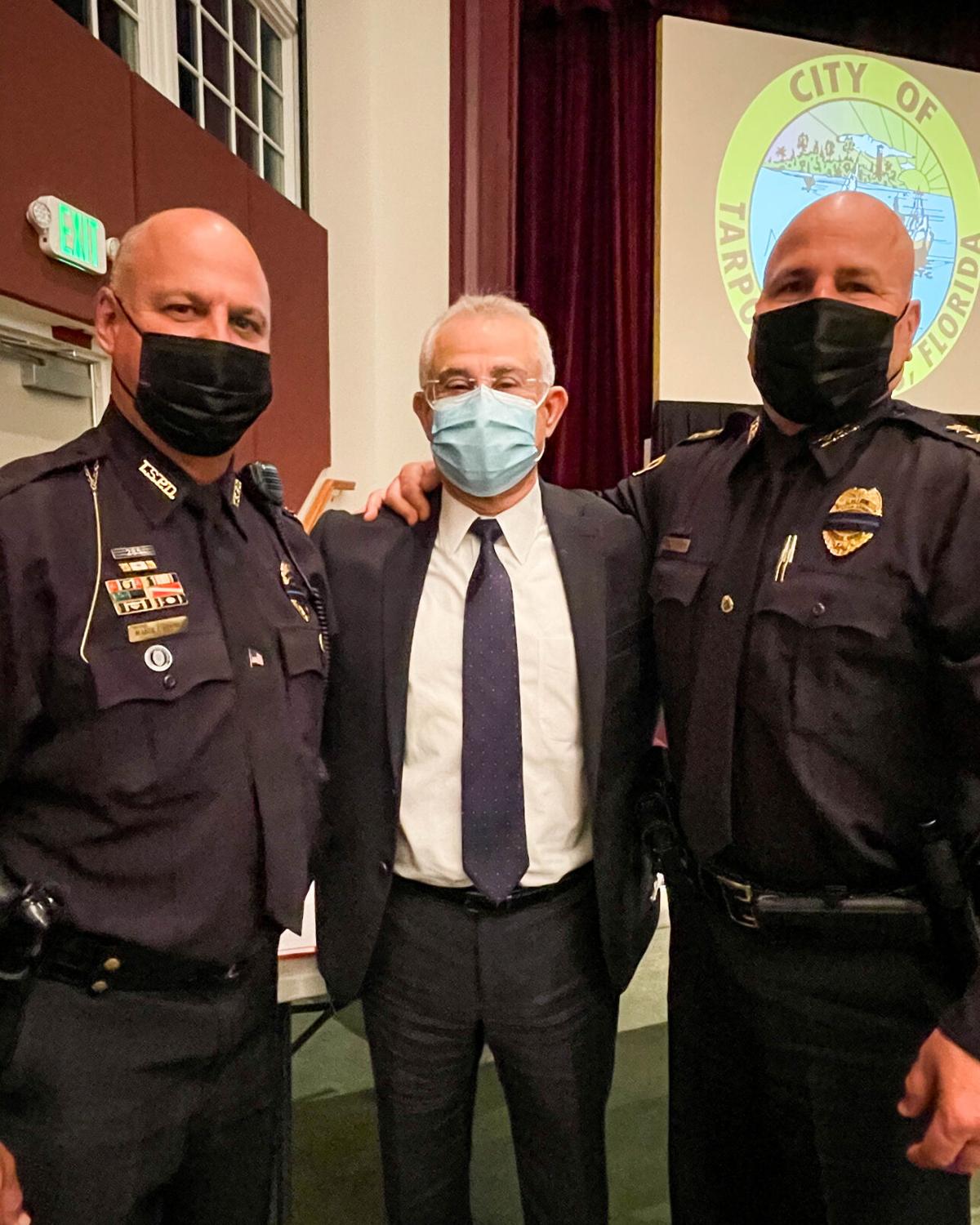 TARPON SPRINGS — The Tarpon Springs Police Department has enjoyed steady leadership the past two-plus decades, dating to current City Manager Mark LeCouris’ 16-year career as chief from 1993-2009 up to Chief Robert Kochen’s run from 2010 to the present.

Under their leadership the department developed several programs designed to assist the community, including Cops and Kids, school resource officers and a homeless outreach program; incorporated new equipment and technology, including the upcoming installation of body cameras; and has been recognized as an accredited organization by the state of Florida three times, including most recently in 2018.

In March, Kochen is set to retire following a 32-year career with the department, but the TSPD’s string of experienced leadership will continue as the Board of Commissioners recently approved the appointment of Maj. Jeffrey Young as the next police chief, effective March 12.

Young, a 27-year veteran of the department who steadily worked his way up the ladder, from patrol officer to detective to sergeant to captain, is universally beloved by Tarpon officials and residents, and several commissioners spoke about their personal connections to the incoming chief during the ratification of his contract Feb. 23.

“I am very proud and very pleased to say that I have known Jeff from the time he was in high school,” Mayor Chris Alahouzos said. “Maj. Young is a good person. He loves Tarpon Springs. He has the education, the experience and he has shown leadership and the ability to lead and to become our police chief. And I believe that he deserves the opportunity to be promoted. I am very, very proud of you and I’m very grateful for the things you were able to do in Tarpon Springs. You are a product of Tarpon Springs and I’m very, very glad to see you be our next chief.”

Commissioner Townsend Tarapani related a story about Young visiting his grandparents’ home when he was a teenager, noting, “he did not know that I would be there but when I answered the door he knew me by my first name, which to me as always stuck as out something that is community through and through. … It was something that was very, very special to me back then and still is to this day.”

Vice Major Jacob Karr and commissioners Connor Donovan and Costa Vatikiotis also praised the major, with Donovan noting Young has “been on the force since before I was born” and Vatikiotis stating, “I’m just happy you’re here and I think from the comments that you’ve seen from the residents you’ve got the full force of the town behind you.”

When asked to say a few words, Young, who has been transitioning into the role since Kochen announced his retirement in the fall, proclaimed his deep love for Tarpon Springs and said he planned to continue the outgoing chief’s brand of hands-on leadership.

“Chief involved everybody, from the ground up,” Young said, noting Kochen’s strategic plan “is a very easy strategic plan to develop and to actually deliver on. Our officers believe in it, and my job now is just to carry that forward and keep moving with it.”

After thanking Kochen and admitting “making decisions as the second-in-command is nothing like making the decisions as the commander,” Young said the biggest thing for him to focus on is workforce diversity and engaging the community to build for the future. “But I think in Tarpon Springs we do it better than most,” he said. “We engage every day. We’re involved and deep-knitted into the community.”

Following the unanimous ratification of his contract, which calls for an annual salary of $114,461, Young received congratulations and posed for photos with Kochen and the mayor. An official swearing-in ceremony is scheduled for the next commission meeting Tuesday, March 9.

Afterward, Alahouzos spoke about the outgoing and incoming police chiefs.

“Chief Kochen has been with the department for 32 years and he was involved in creating many, many programs for the community, including the SROs, youth programs, homeless outreach, K9 programs, so many things,” he said. “And we’ve got a very good police force and I’m very appreciative of his leadership and professionalism. He is leaving the department in good hands.”

Regarding Young, whom the mayor met when he was working part-time in a local gym while in high school, Alahouzos said, “He’s a nice guy, he loves Tarpon Springs, he has the resume and the experience and what it takes to lead the department and he deserves it. I’m glad we promoted from within, because he earned it and he deserves this opportunity, and I’m very happy and proud to have both of them protecting the property and lives of the people of Tarpon Springs.”