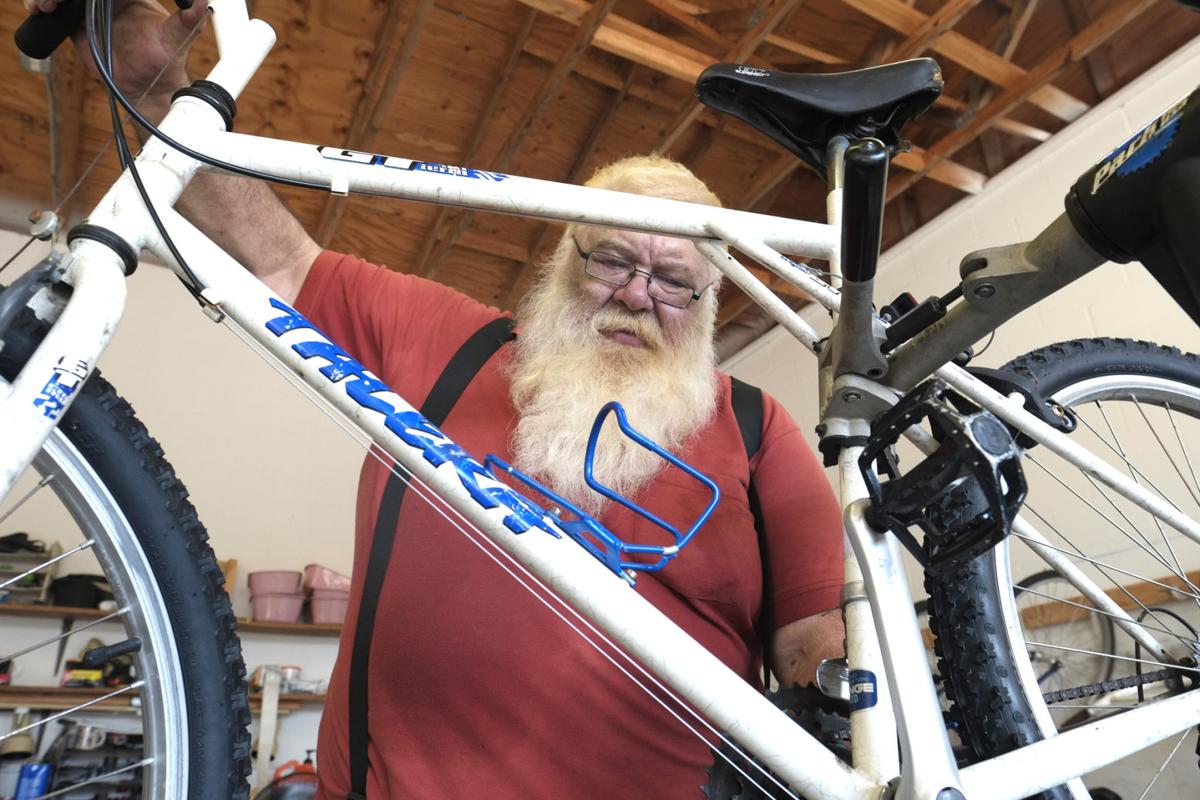 Bob Sieczkowski works on a bike in the garage at Grace Presbyterian Church in Spring Hill. Known as “Big Bob,” Sieczkowski repairs bikes the church gives to homeless and low-income people who need transportation. 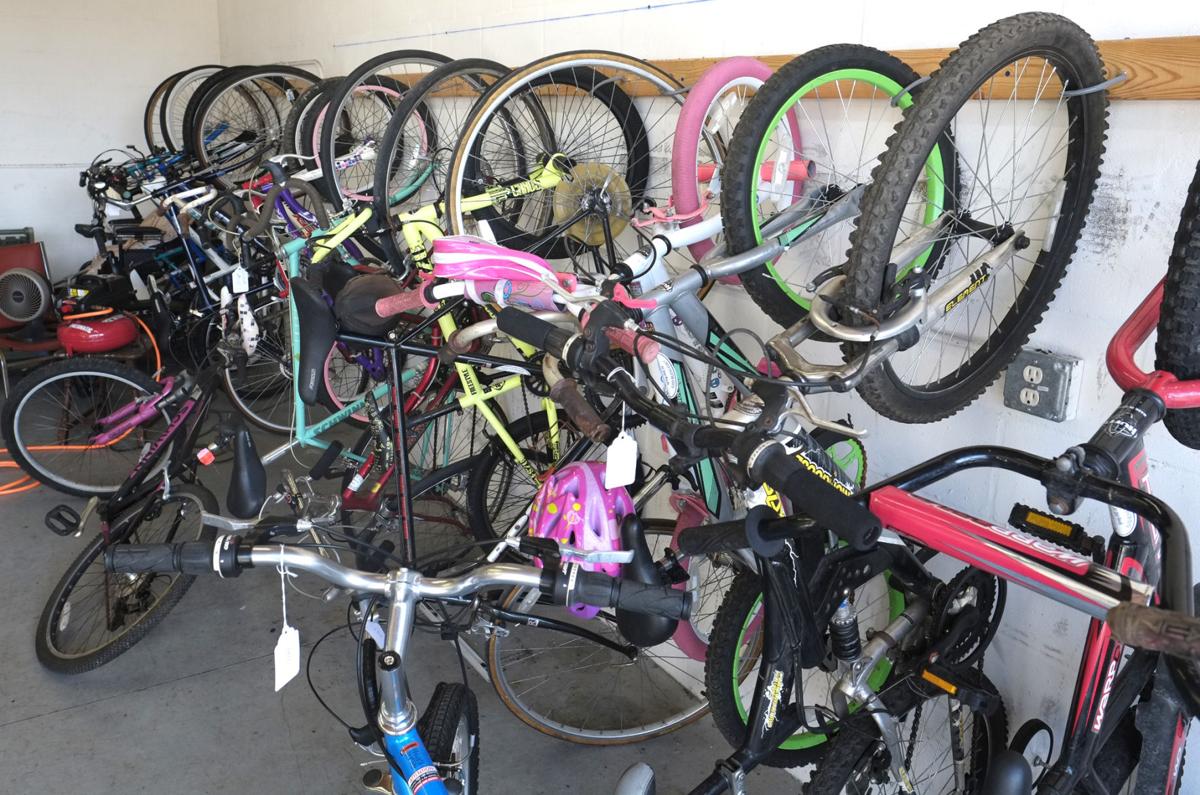 Bob Sieczkowski works on a bike in the garage at Grace Presbyterian Church in Spring Hill. Known as “Big Bob,” Sieczkowski repairs bikes the church gives to homeless and low-income people who need transportation.

SPRING HILL — Some Hernando households have two cars. Consider that homeless people not only don’t have a household, they’re only transportation is their two feet.

A Spring Hill church and a nonprofit group that helps the homeless and low-income is working to make sure those in need have a better option — bicycles.

While it may not be a car, the bikes make getting around easier and may be the difference between being unemployed and working, said Ellen Paul, executive director of the Nature Coast Community Foundation, which recently partnered with the Grace Presbyterian Bicycle Ministry to collect, repair and present bikes to those in need.

“One of the problems of being homeless is no transportation,” said Paul, whose group helps the homeless with various needs, from filing paperwork for benefits, to food, shelter, obtaining GEDs and finding work. Over the summer, Paul became aware of the program at the church, operated by Bob Sieczkowski, who takes in donated bikes and gets them road ready for those in need free of charge. Paul and her group joined what she called a “worthy effort.”

“Since June we’ve collected our 100th bike for low-income people,” said Paul. “The community has been wonderful.”

Paul said many people have bikes they don’t use that could be donated. Bikes that have problems are OK, as Sieczkowski is very handy with fixing them, she said.

“They’re for people who need them,” said Sieczkowski, who goes by the nickname “Big Bob” and has been working at the church fixing bikes for nine years. “People who need a way to get around and to work, people who lost their license, people just out of jail or veterans who have to get to programs—they need them.”

Sieczkowski said the efforts of Paul have significantly increased the number of bikes coming into the ministry, which funds the operation with community donations.

“If someone needs a bike, our goal is to just make life easier, to help them get good jobs and be a part of society,” said Paul, adding that something as basic as a bicycle can be the difference for some.

Among the most recent success stories for Paul and her group are a homeless veteran “who now has a roof over his head,” moving a family with no place to go into a house.

“We need to get more to move out of the woods and into situations more tenable,” said Paul, who added that her group needs volunteers to work with the homeless, to help with transportation to medical appointments, shopping and job interviews. Volunteers also serve as one-on-one mentors. Those interested can call Paul.

One family the foundation works with has a child in need or special orthopedic shoes and medical care, which, thanks to volunteers and the community, will be getting what they need to make the girl’s life easier.

“We work with them (clients) individually, so it takes more volunteers to help more people,” said Paul. “We really need drivers, mentors and people to help cook meals.”