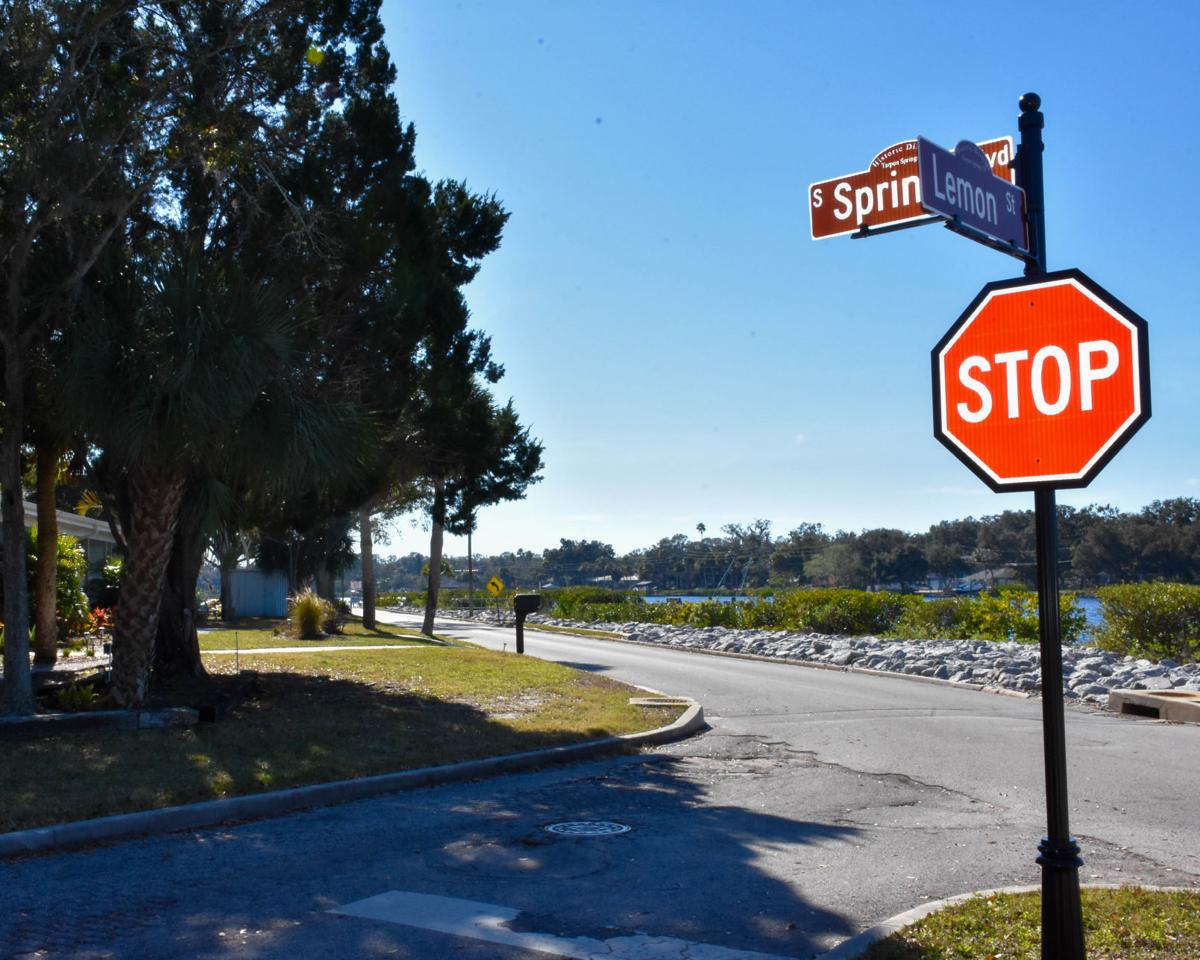 The Tarpon Springs City Commission voted 4-1 to extend the sidewalk on South Springs Boulevard, along Whitcomb Bayou, between Lemon and Lime streets to bolster pedestrian safety. A resident opposed to the idea suggested the commission had not given adequate public notice before the decision, but City Attorney Robert Eschenfelder said that was not the case. 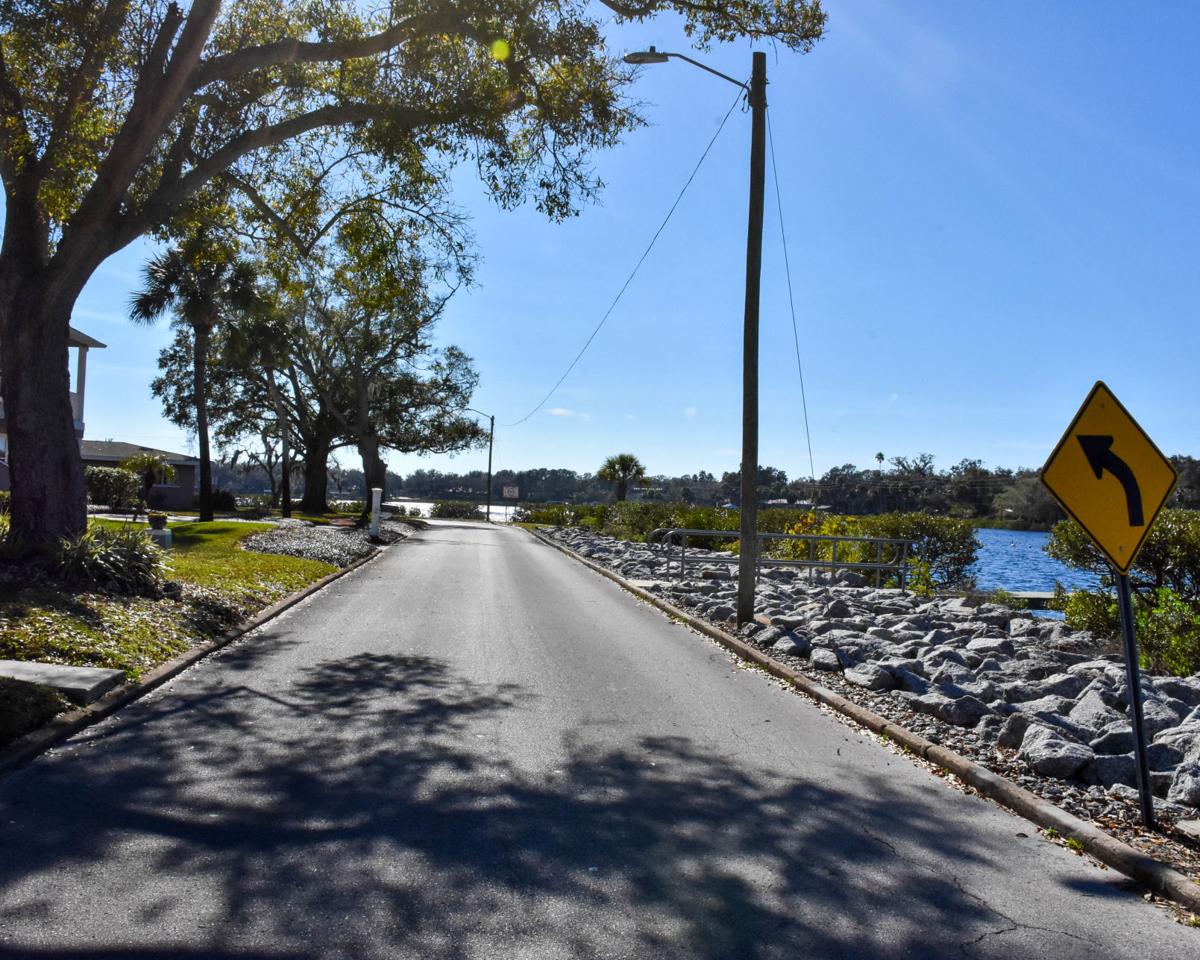 The Tarpon Springs City Commission has discussed installing a boardwalk over the bayou shoreline-stabilizing rip-rap along the west side of South Spring Boulevard.

The Tarpon Springs City Commission voted 4-1 to extend the sidewalk on South Springs Boulevard, along Whitcomb Bayou, between Lemon and Lime streets to bolster pedestrian safety. A resident opposed to the idea suggested the commission had not given adequate public notice before the decision, but City Attorney Robert Eschenfelder said that was not the case.

The Tarpon Springs City Commission has discussed installing a boardwalk over the bayou shoreline-stabilizing rip-rap along the west side of South Spring Boulevard.

TARPON SPRINGS — What began as a discussion about whether to conduct a traffic analysis for converting South Spring Boulevard into a one-way street took an unexpected detour last week, as the City Commission quickly pivoted from denying the study to approving a sidewalk extension on the east side of the narrow, roadway along Whitcomb Bayou, angering at least one area resident and calling into question the legality of the move.

“It just doesn’t seem to me to be a valid vote,” South Spring resident Jean Lindsey said a day after the June 11 City Commission meeting, which she exited in tears. “We were voting on one thing, and they turned it around and voted on another with no notice. It makes no sense, especially when they just voted it down a few months ago. I’m confused to how this is even legal.”

In January, the commission tabled the idea of constructing a new sidewalk to span a 700-foot gap on South Spring between Lemon and Lime streets at an estimated cost of $92,000. Instead, it opted for researching potential pedestrian options for the west side of the street, which is covered by an impassable riprap feature that stretches along the scenic bayou and helps stabilize its shoreline.

“What I really want to see is a walkway along the water so people can enjoy the beauty of the water, and that’s why we gave the city manager direction to look into that,” Mayor Chris Alahouzos said at the time.

After the commission quashed the one-way idea in light of staunch opposition from residents and some commissioners members last week, the talk turned back to pedestrian safety in the affected area. Commissioner Jacob Karr made a motion to continue researching pedestrian options for both sides of South Spring Boulevard. Commissioner Townsend Tarapani, however, said he favored the “simplest approach, the common sense approach, which is to put the sidewalk in.

Tarapani added, “It’s probably the easiest way to rectify the problem while we continue to look for more long-term solutions.”

After Alahouzos told Karr he could, in fact, make a motion to include the sidewalk, City Manager Mark LeCouris deferred to the city attorney to confirm the legality of voting on an item with no prior public notice.

“This is not a quasi-judicial question such that by law you are required to provide notice,” attorney Robert Eschenfelder said. “It’s on the books.”

The mayor, Eschenfelder said, that Alahouzos was correct when he that the right of way is already owned, so there was no legal reason that notice is required.

“You can make the decision tonight, legally,” the attorney said.

Upon hearing that, a new motion to deny the traffic study, approve the sidewalk extension and continue researching options to cover the riprap was approved, 4-1. Commissioner Rea Sieber cast the lone dissenting vote.

Lindsey earlier spoke passionately about how constructing sidewalk would require the removal of ancient trees and that the walkway would come within 10 feet of her bedroom window. She asked to speak about the decision but the request was denied. She then quickly left City Hall, too upset to speak.

The following day she was still upset, but she shared her thoughts about what she felt happened.

“I was blown away,” Lindsey said. “To take what we went in for (the traffic analysis) and then take three things at one time and vote on them. Plus, they agreed in January to table it. It just made no sense.”

Noting she has put considerable time and money into sprucing up her 100-year-old home over the past few years, Lindsey stressed she “understands the need for sidewalks. I’m not against a sidewalk. I just think it should be on the other side of the street. If the sidewalk goes around a tree that’s there, you’ll be able to touch my front porch.”

According to Alahouzos, concerns about pedestrian safety on that section of South Spring Boulevard was the driving reason behind the commission’s decision to move forward.

“I’ve always made it clear that safety of the people is very important to me,” Alahouzos said. “My first choice is to have something for pedestrians on the west side of South Spring, so people can enjoy the beautiful bayou. But it’s expensive and will take time, and I cannot see waiting for that. I think it’s a good thing to connect the sidewalk to provide safety for pedestrians and then see what we can do on the west side.”

Regarding the unexpected vote, the mayor said the issue had been discussed so many times that it was open knowledge it could be voted on at any time, which was confirmed by the City Attorney.

Florida Department of Health reported 154 new cases of COVID-19 in Pasco County on Tuesday, bringing the count to 3,004. The death toll stands at 26.