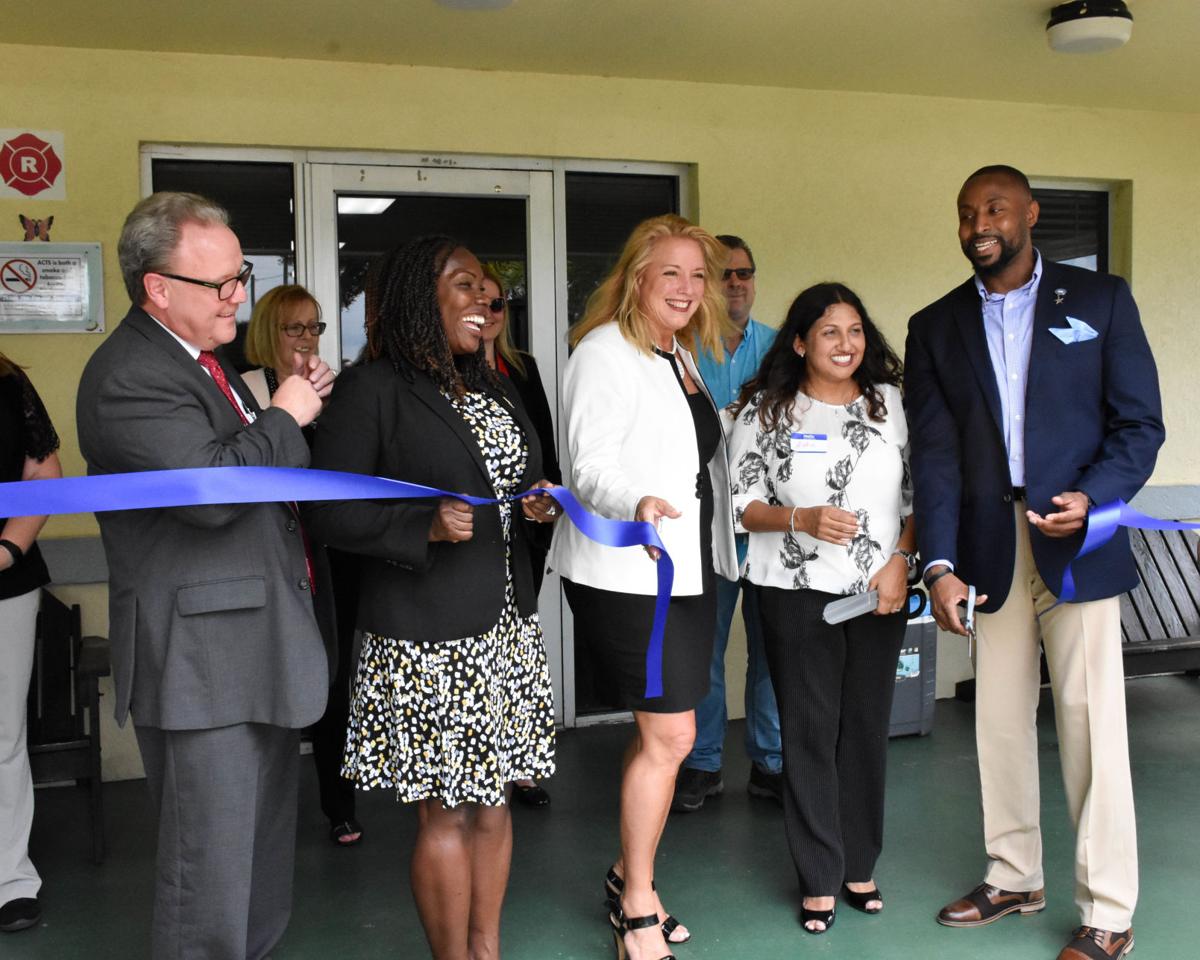 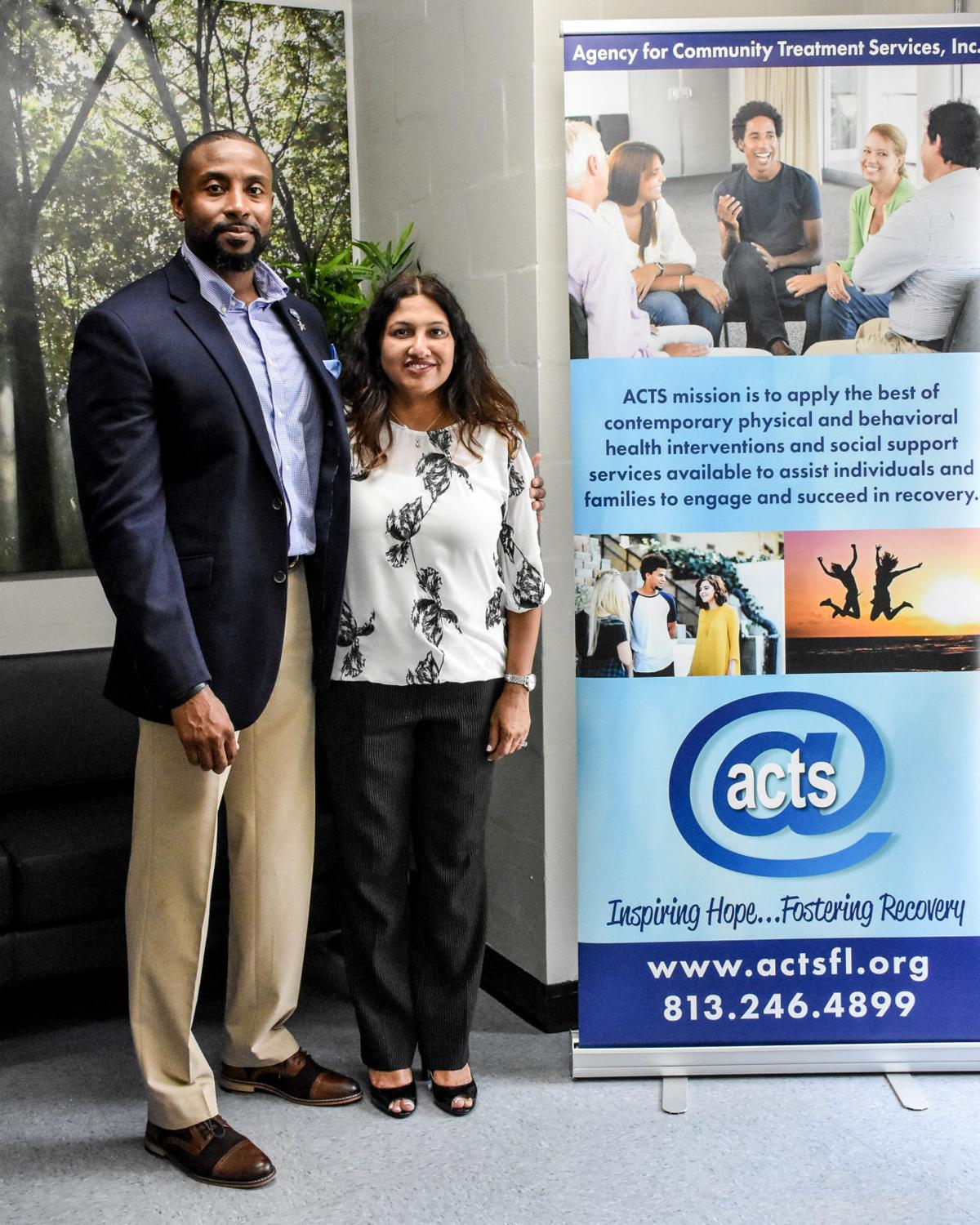 The 10-bed facility is at 3575 Old Keystone Road, on the campus of ACTS’ 60-bed Keystone Residential Treatment Program, which has been in operation for more than 30 years. ACTS is a Tampa-based community behavioral health organization.

According to ACTS, the new facility is a medically supervised inpatient short-term acute care detoxification and stabilization facility for adults with significant substance impairment or co-occurring mental health and substance abuse disorders. ACTS already had a 30-bed facility in Tampa.

“We’re so happy to be in the community and being the first secure treatment adult addiction receiving facility in Pinellas County,” ACTS CEO Asha Terminello said prior to the ribbon cutting. The facility is meant for short stays — four days, on average — and is for voluntary and involuntary individuals, primarily in Pinellas County and other parts of the Suncoast region, she said.

Chris Riviere, ACTS’s chief operating officer, said: “This is a facility that will be patient centered first. We’ll get them the necessary care, referrals and placement to where they can actually receive long-term treatment. We will begin the initial assessment and evaluation to determine the level of treatment and care the patient needs.”

During the ceremony Ramona Schaefer, program services supervisor for the Pinellas County Sheriff’s Office, thanked Terminello, Riviere and Larry Allen, COO of the Central Florida Behavioral Health Network, for getting the facility online.

“I’m very excited about this,” Schaefer told the crowd of roughly 40 that gathered outside the building, which is at the end of a long and winding road behind the East Lake Sports Complex. “I believe we need to have dignity in treatment, and 10 beds might not seem like a lot, but for those 900 people (per year), it is a lot. And I’m convinced Commissioner Peters will get us some more.”

Peters, a former state representative from Treasure Island and coordinator for the Pinellas County Juvenile Welfare, said she made opening the facility her personal crusade after being elected to the County Commission, in 2018.

“I spent my whole six years in the Florida Legislature working on homeless and addiction issues, and I did a lot of things I’m really proud of,” Peters, a board member of the Central Florida Behavioral Health Network, said. Since joining the County Commission, Peters said, her focus has shifted to the lack of a facility in the area offering emergency medical care and recovery assistance in the area.

“And it is treatable,” Peters said of substance abuse. “So as soon as I became a county commissioner, this became my mission, and this is the first step.”

After the ribbon cutting, Peters said that first step is “a start and it’s progress.”

The program, she said, is not funded by the state or county and is relying on ACTS board of directors to stay afloat. “The key is to make sure it’s funded and to make sure 900 people get the care they need.”

For Terminello and Riviere, who were recently promoted to their current positions within ACTS, overcoming odds is par for the course for the organization.

“We’re an agency that’s really built on resiliency,” Riviere said. “We have always taken multiple risks … and for us, right now, I can say Asha’s going to take us to a place we’ve never been. With this new facility, we’ll be able to specialize in areas we’ve been treating for years. We’re really excited.”