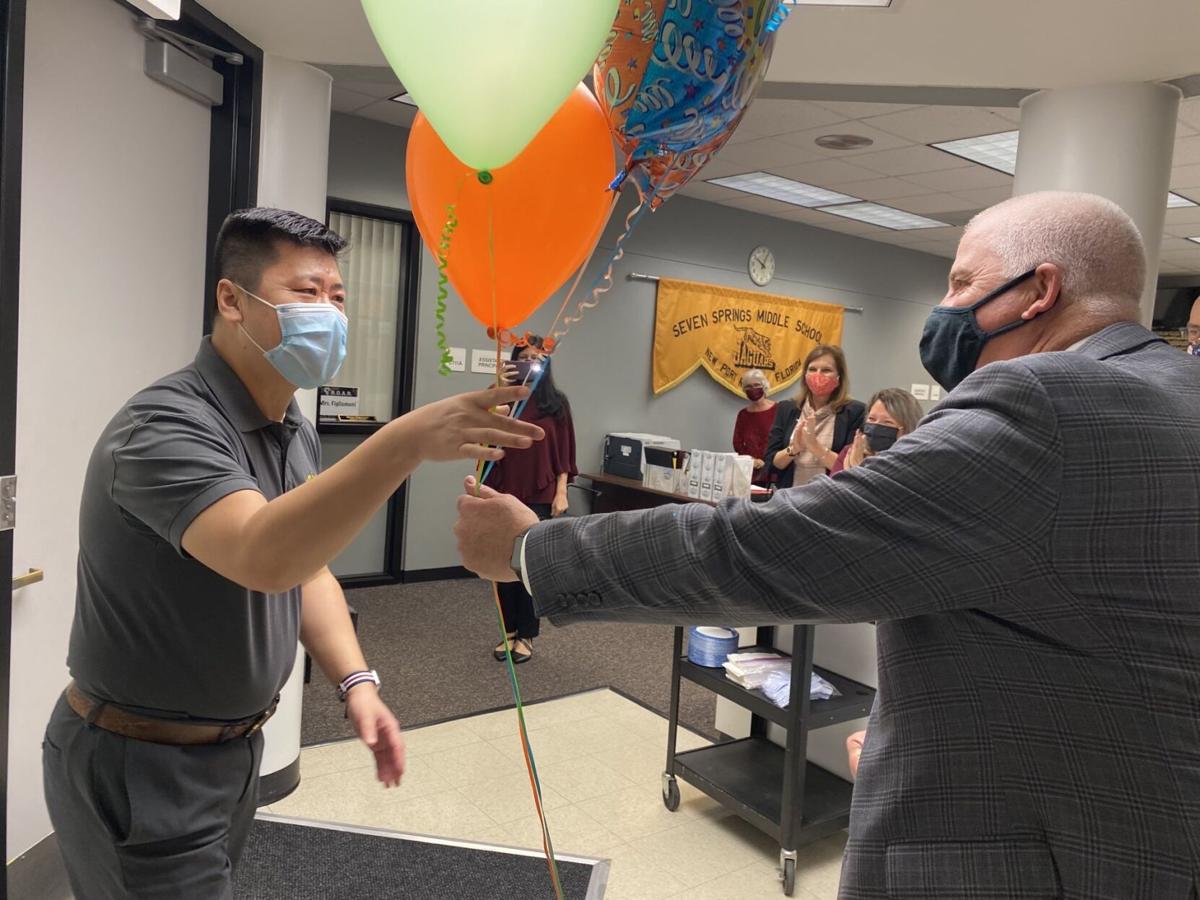 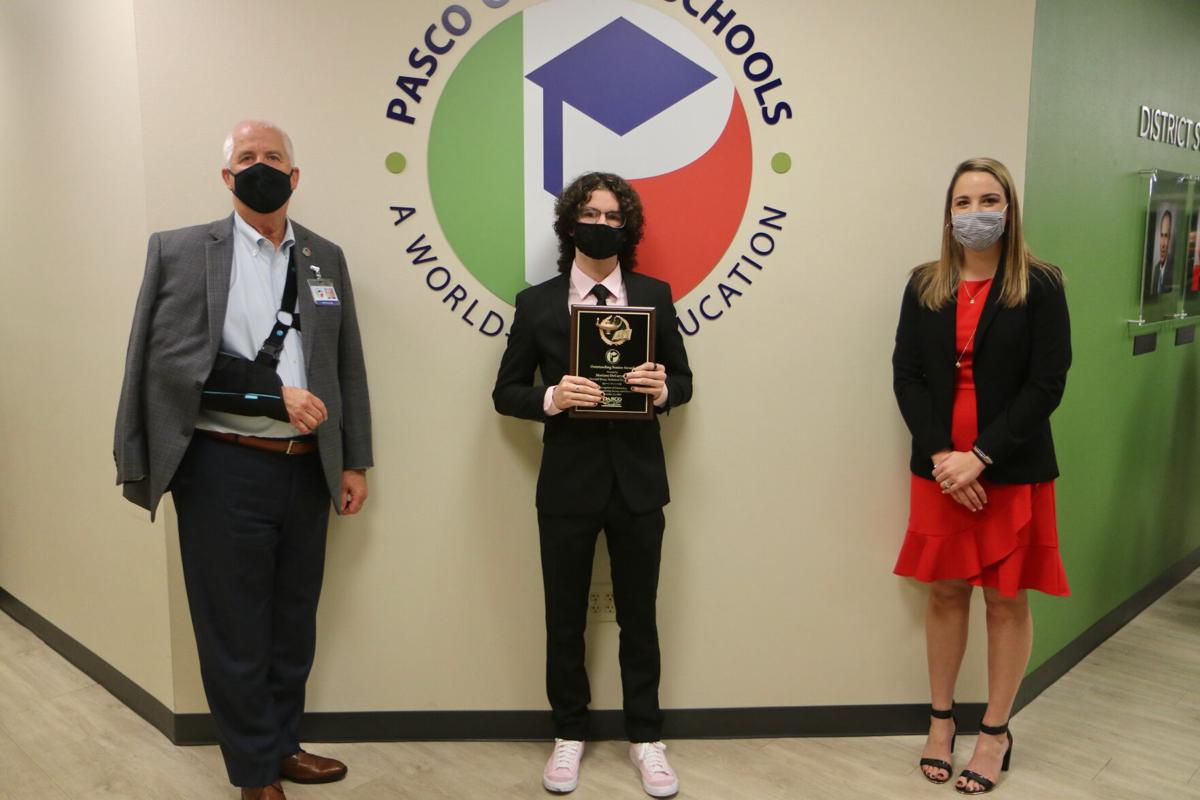 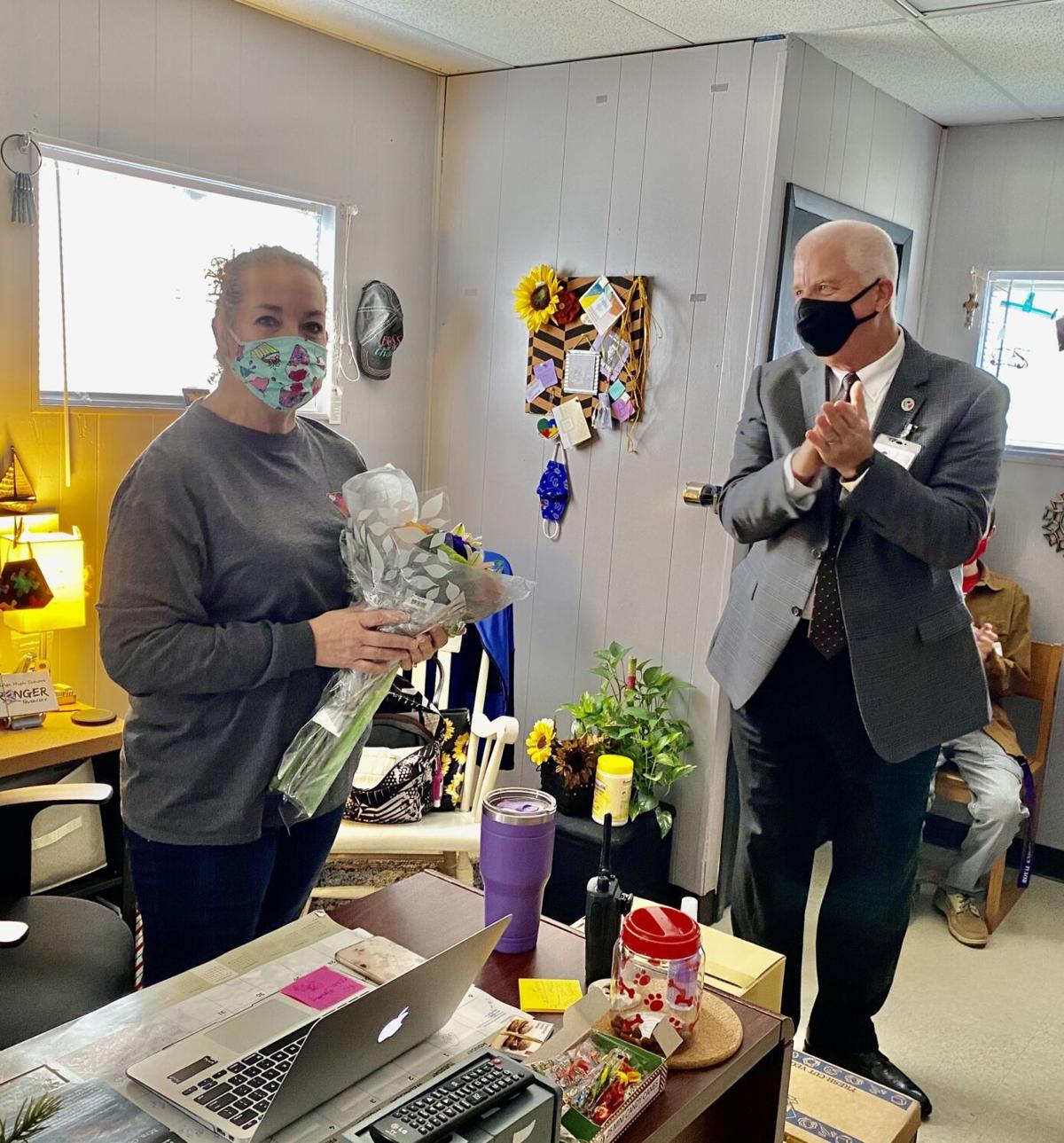 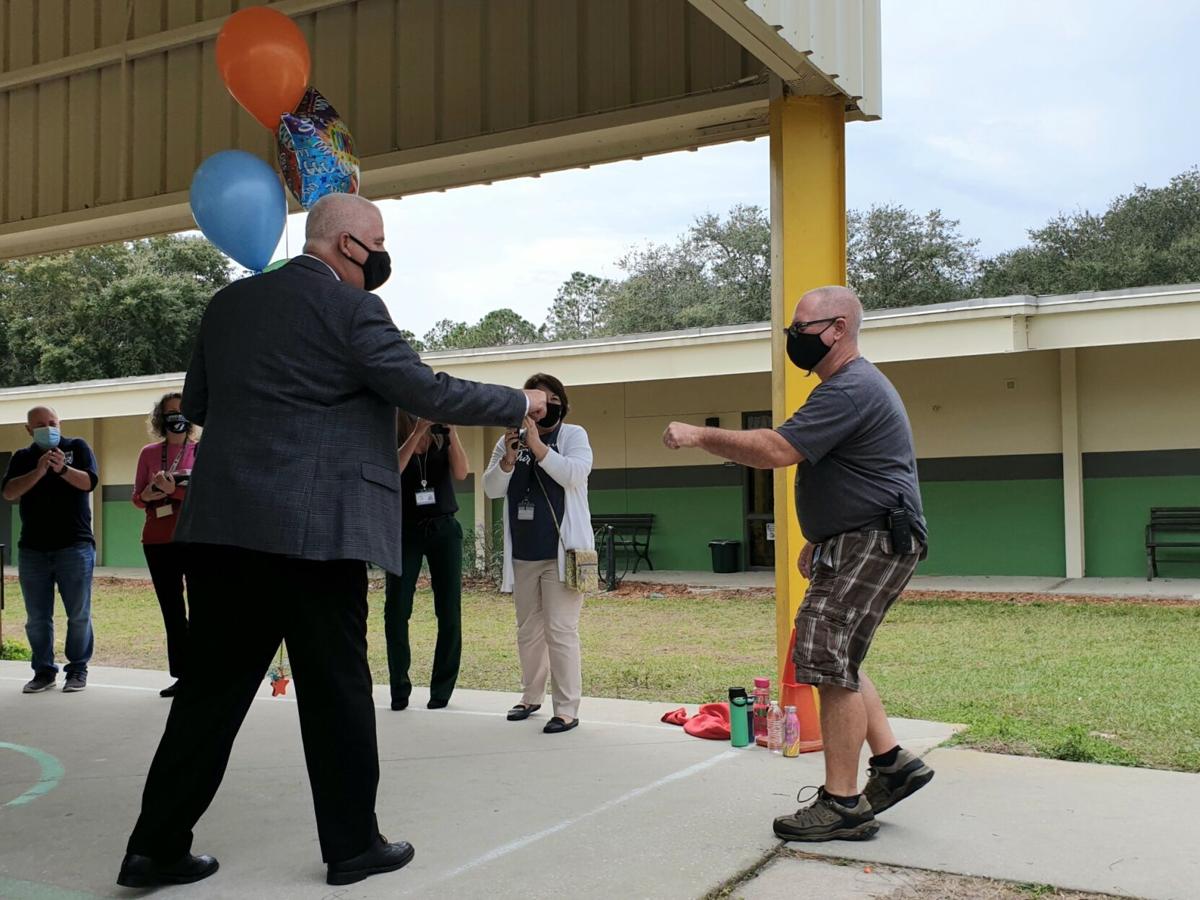 The distribution of praise began at the Dec. 15 School Board meeting. Browning and the board announced Mariano DeCarvalho as this year’s Pasco County School’s Outstanding Senior. DeCarvalho attends Wendell Krinn Technical High School in New Port Richey, located at the former site of Ridgewood High School. He was one of 15 finalists for the award and all nominees have bios posted on the Pasco County Schools website.

In addition to maintaining a 4.0 or better weighted GPA and in the process of completing a total of 15 dual-enrollment courses with Pasco-Hernando State College, DeCarvalho is the Senior Student Council Class President, the Executive Chairman of the Student Life Committee, a Wendell Krinn Chief Ambassador and a Special Olympics Unified Volunteer, among other extracurricular activities.

The following day, Browning and School Board and staff members traveled to three schools throughout the county to personally deliver surprise honors.

Video posted by the school district on its social media platforms show Gazda shocked while entering an office door as he’s greeted by cheers and applause.

“This is too much,” Gazda said, while being handed balloons, a cookie cake, gift back and more. “Thank you so much.”

Among those in the helping to deliver last Wednesday’s honors were School Board members Colleen Beaudoin and Megan Harding, and Education Foundation Executive Director Stacey Capogrosso.

In a brief response, Gazda thanks the school district and took time to praise other teachers at his school and throughout the county.

“I didn’t expect this, but it was already a great honor to be the Teacher of the Year for my school and then be a finalist for the district. I have told many people that this is really a great honor, but I do feel that so many teachers do so many great things in their classrooms; I happen to have the opportunity to be recognized. I do hope that I can represent teachers and so many others that didn’t have this opportunity to be recognized.”

Next stop for the caravan of award presenters was River Ridge Middle-High School to surprise Instructional Assistant Pam Paone.

“This is amazing, thank you so much,” Paone said from her desk at the New Port Richey campus. She received the School Related Personnel of the Year award. “This is an honor to have this. This school and River Ridge have meant a lot to me and this year has been tough for everybody. Thank you everybody for being supportive.”

The crew’s final stop was to the east side of Pasco County and San Antonio Elementary. A boisterous crowd including students and school staff members greeted Plant Manager Joseph Zollo with plenty of cheers, applauses and whistles as he approached through an outdoor campus breezeway.

“We’re thrilled that you’re our NBE of the year,” Browning said to Zollo, using the acronym for Non-Bargaining Employee of the Year. “As a matter of fact, (Pasco County Chief Academic Officer) Vanessa Hilton grabbed me before I left the office today and said be sure to tell Joe that I wish I could be there, but thank you and congratulations.”

Zollo thanked the district and everyone in attendance and joked that he was glad the surprise was the award and not a mystery task to deal with on school grounds. “I got nervous when you said go to the cafeteria because I thought, ‘I don’t know what I’m going to be doing.’