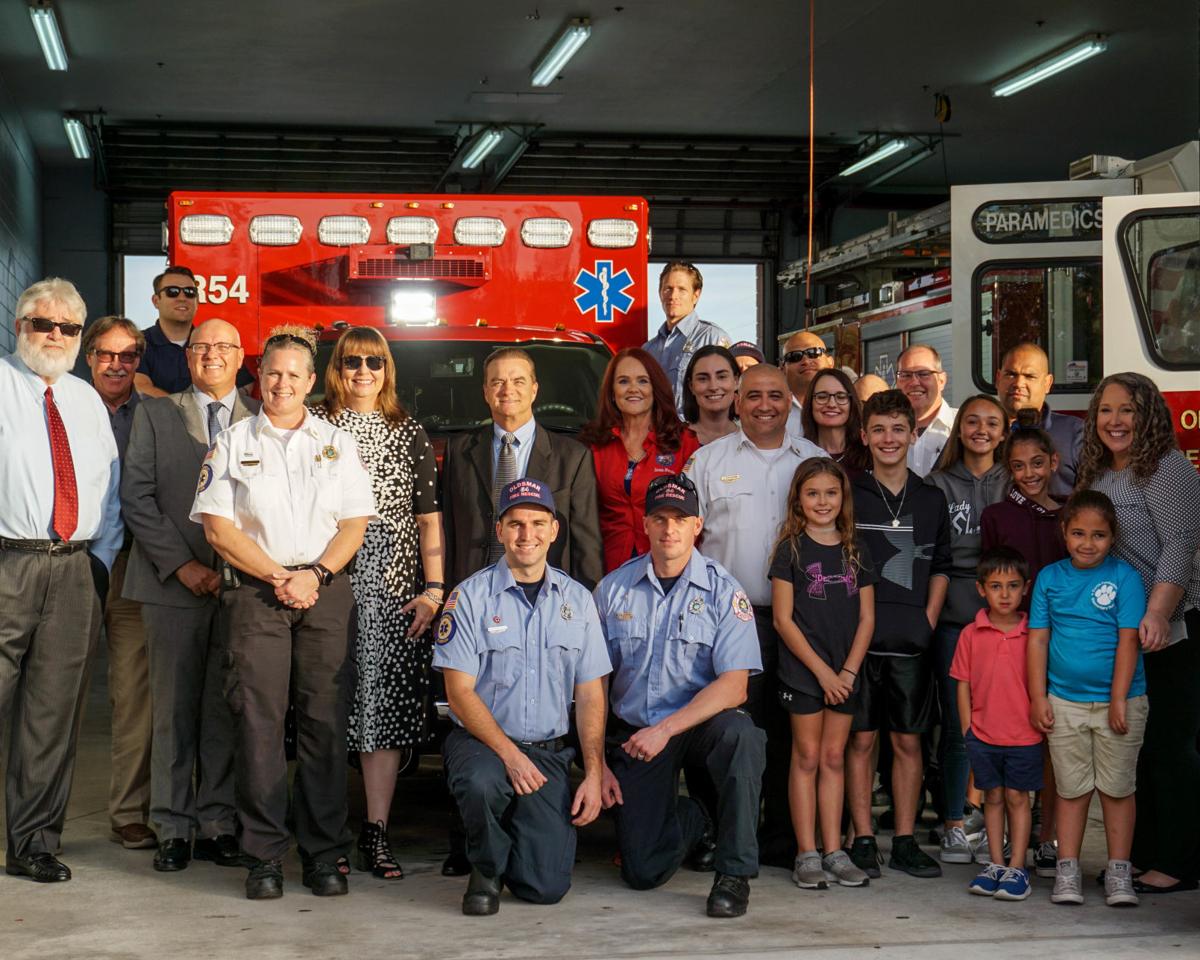 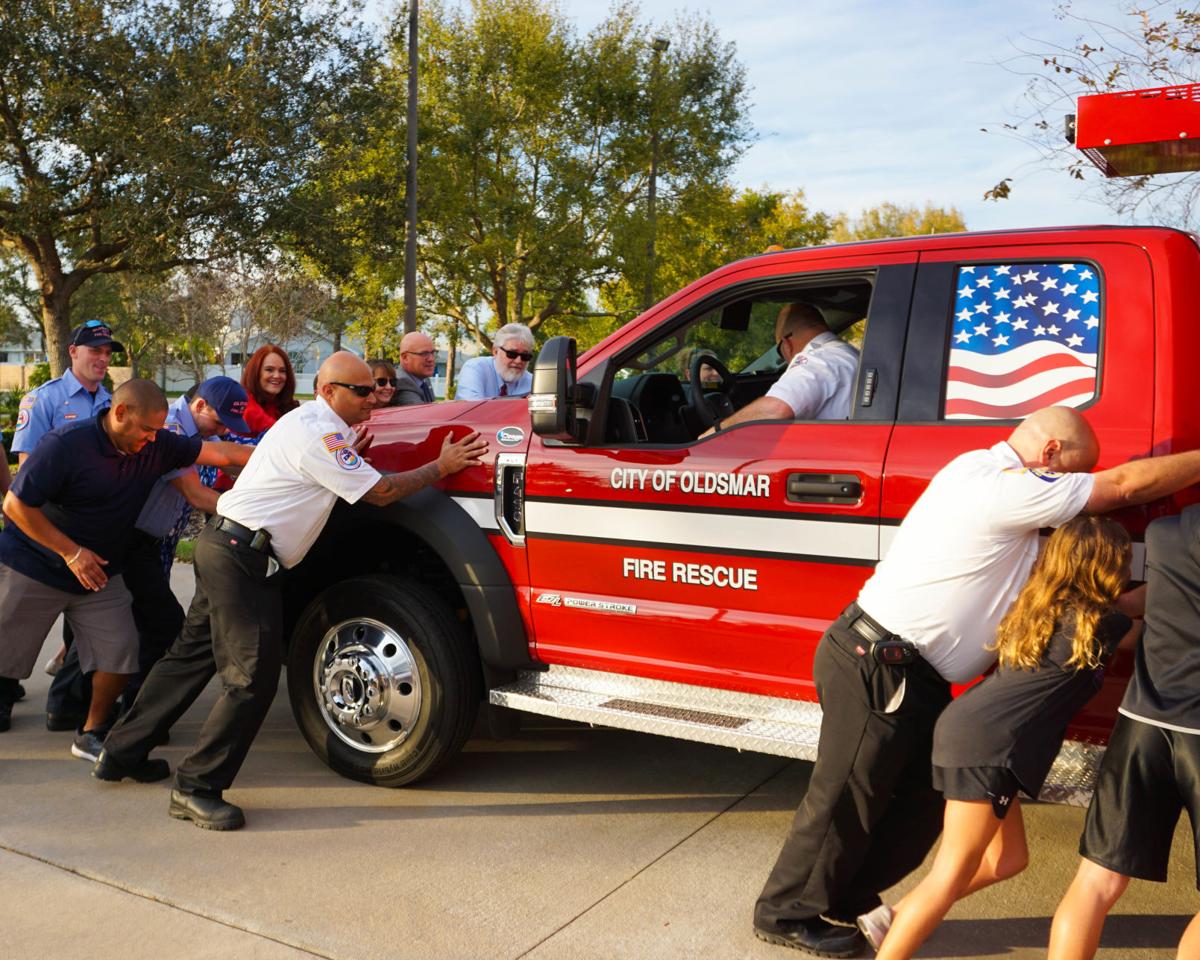 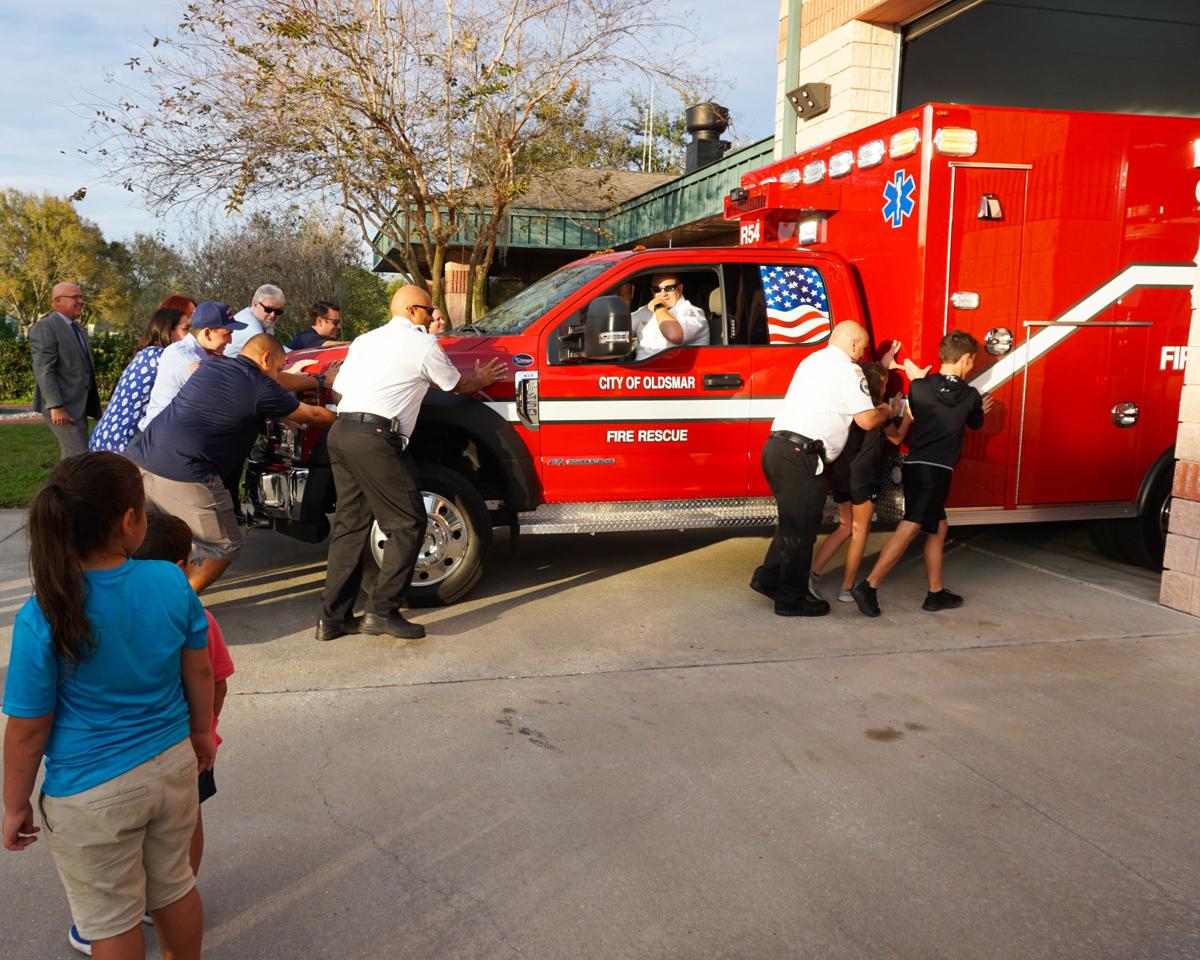 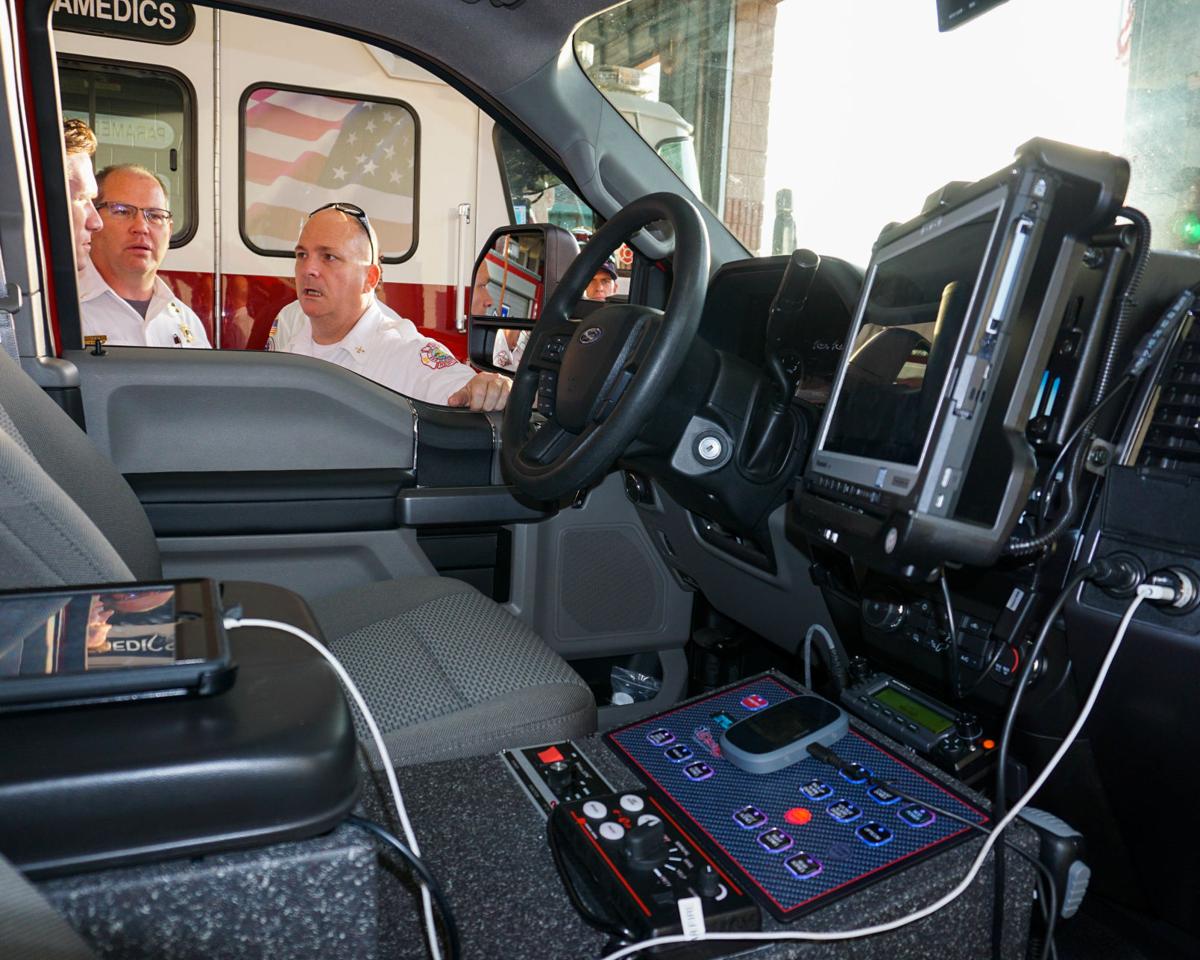 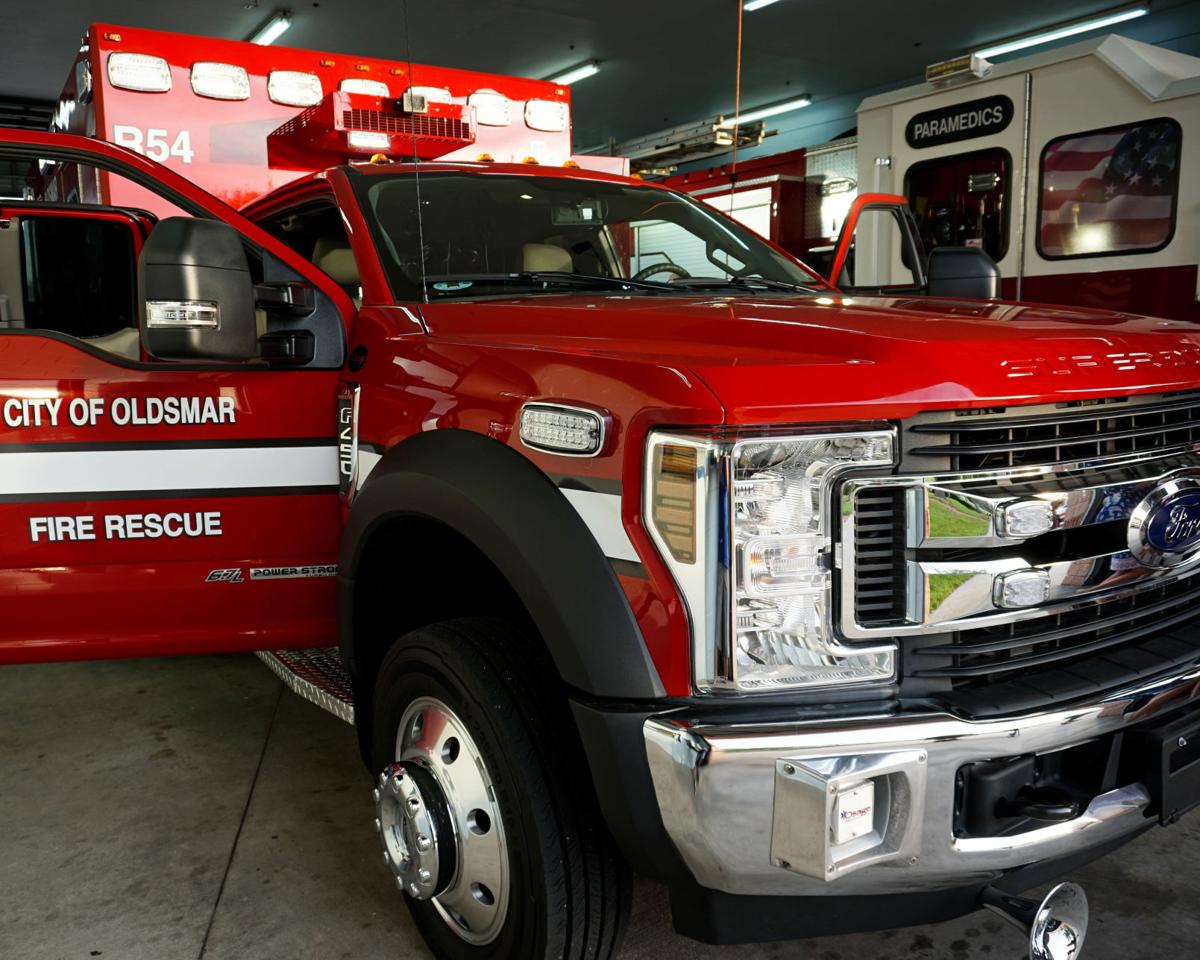 The vehicle is designed to “take the pressure off the big ladder trucks” primarily on medical and EMS calls, according to Oldsmar Fire Chief Jason Schwabe.

The vehicle is designed to “take the pressure off the big ladder trucks” primarily on medical and EMS calls, according to Oldsmar Fire Chief Jason Schwabe.

The $250,000, custom-built unit is based on a Ford F-450 and serves as a more versatile option on medical and EMS calls, according to Fire Chief Jason Schwabe.

“Oldsmar Fire Rescue responds to 1,600 EMS calls a year, and the rescue vehicle takes the pressure off the big ladder trucks and engines because it’s more mobile and a little bit quicker,” Schwabe explained to the small group that gathered at the station on Pine Avenue, adding, “It’ll be our frontline EMS unit.”

After Schwabe explained how the vehicle was built according to the city’s specs, including an extended cab with “different compartments and a box behind the driver that holds ballistic gear” to protect first responders on dangerous calls, the chief led the group outside to the front of the station house, where the gleaming new vehicle was waiting to be pushed into service. Literally.

“It’s a fire service tradition when you get new apparatus to roll it into the bay, because back in the day they used to roll the horse-drawn engines into the back of the day, literally pushing it into service,” Schwabe said.

With that, all five city council members, including Mayor Eric Seidel, as well as several OFR employees and family members, began to roll the big red truck back into the bay before posing for a group photo in front of the newest addition to the city’s fire rescue fleet.