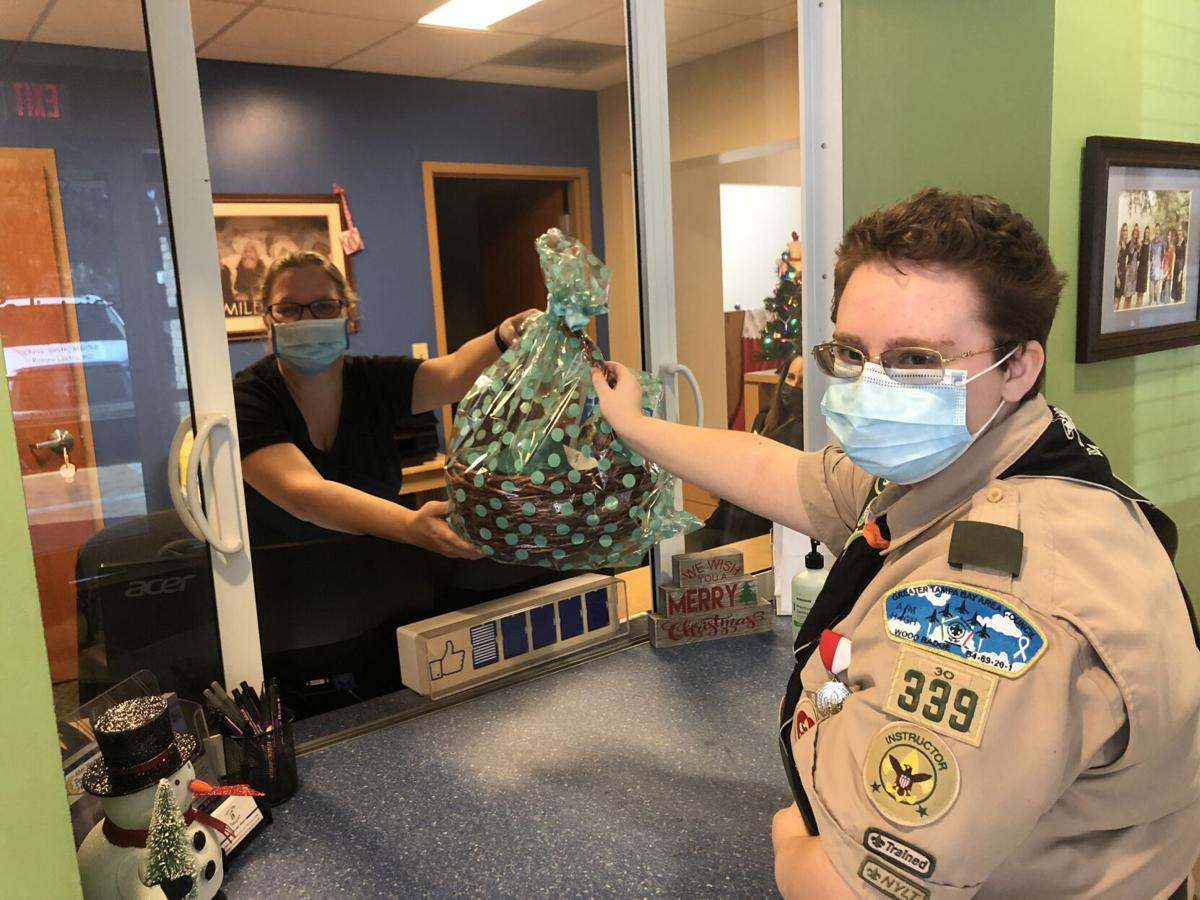 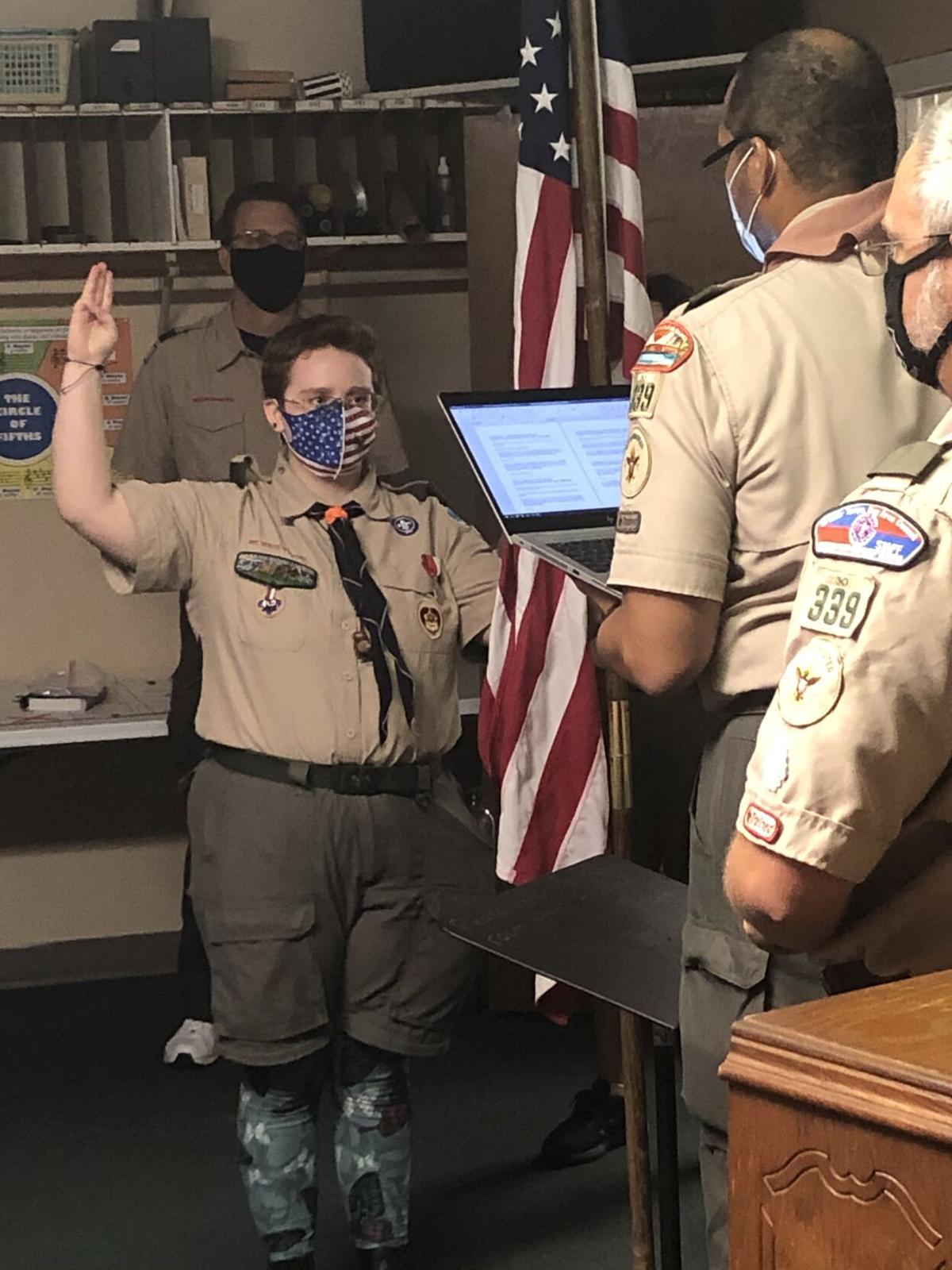 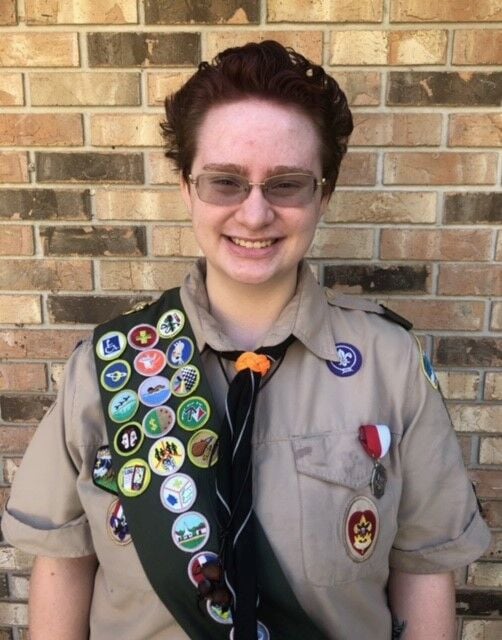 NEW PORT RICHEY — Each year for more than a century, the Boy Scouts of America celebrates the achievements of select young men who reach the organization’s highest rank — Eagle Scout.

This year’s celebrations of dedication and accomplishment are a little different, because 2021 marks a historic milestone.

The inaugural class of about 300 female Eagle Scouts nationwide have attained their rank, and a local teen is among the group.

New Port Richey resident Sianna Eldert, 18, is a member of Troop 339G, chartered by the First Baptist Church of Lutz. She’s sharing in the celebration with troop member Crystal Ming Torres, 16, of Carrollwood, who is also in the inaugural class of female Eagle Scouts.

According to a news release from the BSA Greater Tampa Bay Area Council, both young women joined the inaugural program admitting females the first day it was offered, Feb. 1, 2019.

Eldert, who has been involved with the Girls Scouts of the USA since she was 5 years old, said she jumped at the opportunity. A family legacy of scouting that includes her father and uncle being Eagle Scouts provided added intrigue, insight and desire to join those ranks.

“My uniform was actually a birthday gift one month early,” Eldert said in a telephone interview of the present she received in 2019 leading up to the Feb. 1 signup date. “My birthday’s in January and I had already decided I was going to do it at that point.”

Having her Eagle Scout father, Mike Eldert, present throughout her journey benefited the process greatly, she said.

“I don’t think I would be where I am without him helping me out with my project,” she said, be it logistical assistance with her community service project or general fatherly encouragement.

And being there in a supporting role meant just as much for Dad.

“I really felt like I re-lived my youth watching her go through the program and watching her carve her own trail to Eagle,” said Mike Eldert, who, along with his brother became an Eagle Scout in Long Island, New York. “Many times, I told her this is your journey, not mine. I had mine. And I would guide her along the way and encourage her. Sometimes she took my encouragement, sometimes she didn’t, as teens do. But it was really a pleasure and a joy watching her go through the program.”

According to the BSA, achieving the Eagle Scout rank requires individuals taking on leadership roles within their troop and community, as well as earning a minimum of 21 merit badges and completing a large community service project.

Eldert earned 23 merit badges on her Eagle Scout journey and her community service project aimed to raise awareness to a rare disease, dysautonomia, that she lives with herself.

According to the Cleveland Clinic, dysautonomia refers to a group of medical conditions caused by problems with the autonomic nervous system, a part of the nervous system that controls involuntary body functions like heartbeat, breathing and digestion.

Various forms of dysautonomia are not uncommon and affect more than 70 million people worldwide, according to the group Dysautonomia International. As Eldert explained, the condition can take years to properly diagnose “because the symptoms vary so widely and are so obscure. I was misdiagnosed plenty of times before I was properly diagnosed.”

For her community service project, Eldert decided to be of assistance to area pediatricians and family doctors by creating and providing informational gift baskets. She accomplished this in coordination with The Dysautonomia Project, a Clearwater-based nonprofit group whose mission is to educate health care professionals, patients and communities about the condition.

“I went to pediatricians and family doctors because it usually manifests around puberty,” she said. The baskets included a postcard that contained educational links specifically directed toward physicians, a book from The Dysautonomia Project, business cards, bracelets and other awareness items.

While delivering the baskets, Eldert said she was even able to sit down and speak with a couple of doctors who expressed their appreciation and gratitude.

“Hearing that feedback and hearing that it is actually going to help people; it was just so heartwarming,” Eldert said. “It was amazing.”

“This has the potential to be wide-reaching for several generations,” said Mike Eldert, noting Pasco County’s current growth and the number of young families in the area. “Her impact is educating these physicians in something they may have obscurely heard about in one of their medical books. Now they’re actually able to have this information in-hand and be able to work with the foundation and point their patients, who are potentially diagnosed, toward it for further resources.”

Sianna Eldert, who graduated from Florida Virtual School in the summer of 2020, is now attending a 29-month virtual program from Full Sail University and working toward a degree in media communications. Upon completion, Eldert said she intends to seek out internship opportunities with local television or radio news stations before ultimately creating her own freelance marketing company.

Eldert also continues to work with the scouts and her troop at an adult leadership level, helping current female scouts reach the pinnacle.

“I want to see all my girls get to Eagle,” she said.

The Eagle Scout achievements of Eldert and Crystal Ming Torres, along with the rest of their nationwide inaugural class, will be celebrated by the Boy Scouts of America during an event broadcast at 8 p.m., Feb. 21, on Facebook Live and YouTube, called “Be The Change.”

Go to scouting.org/BeTheChange to RSVP on Facebook to find more information.