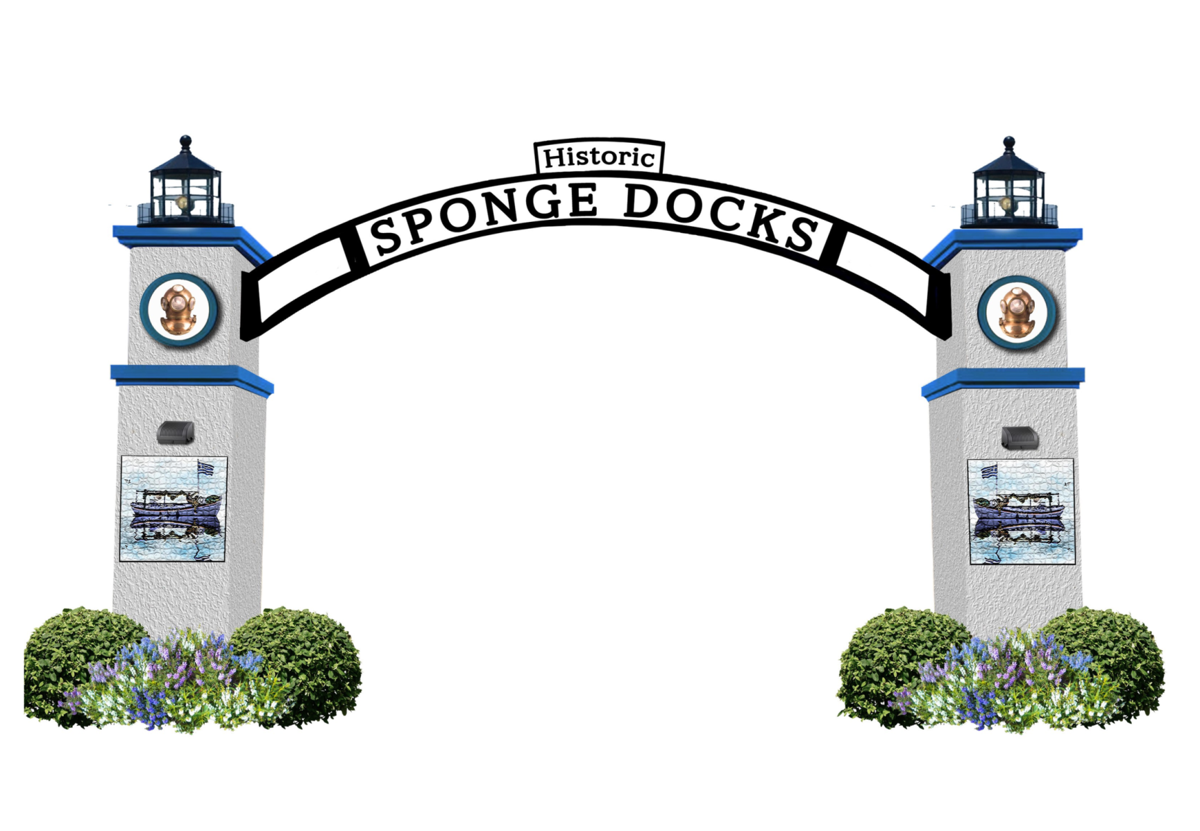 The Tarpon Springs Board of Commissioners recently came to a consensus on the design of a new gateway sign for the entrance to the Sponge Docks. The arched sign would span Dodecanese Boulevard and feature a combination of elements shown in this concept, with either red brick or white stucco columns, wrought-iron light fixtures atop the columns and other accent items. 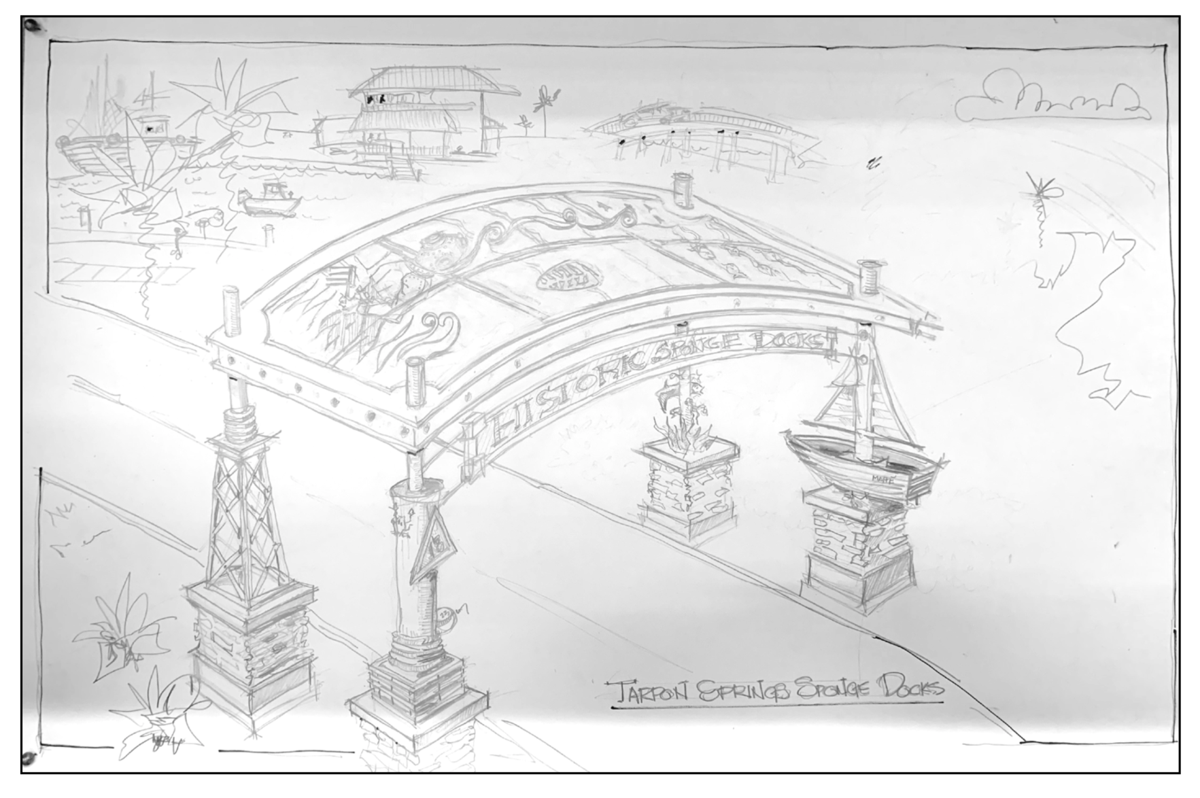 The Tarpon Springs Board of Commissioners recently came to a consensus on the design of a new gateway sign for the entrance to the Sponge Docks. The arched sign would span Dodecanese Boulevard and feature a combination of elements shown in this concept, with either red brick or white stucco columns, wrought-iron light fixtures atop the columns and other accent items.

TARPON SPRINGS — For more than two years the Tarpon Springs Board of Commissioners has discussed installing a new gateway sign at the entrance to the Sponge Docks, a distinctive feature many residents, merchants and city officials have long believed is a much-needed addition to the historic tourist district.

But for reasons ranging from indecision to lengthy meetings, reaching a consensus on a final design has been elusive through portions of two administrations, leading to frustration for some current commissioners.

“I’d like to see this initiative move forward,” Commissioner Townsend Tarapani said during the most recent discussion on the topic on Tuesday, Jan. 12. “My recollection is I think it was the previous board that picked this discussion item back up. So that’s approaching two years since we started to re-talk about this entrance.”

Tarapani said the board has “tried to garner as much public input as possible, but at a certain point we need to stop talking about it and go to design-build.”

With that the board supplied input on more than a dozen rough concepts that were created in-house using elements pulled from numerous public surveys and emails, and by the end of the hourlong discussion, a consensus had been reached. Sort of.

“So far we’ve got a lot of consistencies we can look at,” City Manager Mark LeCouris said, noting the board agreed on an archway style with lights atop the columns plus sponge diver helmets on the facades. “I think the only thing that there’s some differences on is whether the columns should be brick or (white stucco), and maybe what’s on it, whether it’s a tarpon or a mosaic of a sponge boat. But that’s very minor and we can decide along the way.”

After Commissioner Costa Vatikiotis voiced concerns about the feature’s cost, noting the project “isn’t going to be cheap,” LeCouris said, “Unless we have this thing designed and engineered, we’re not going to know the cost.”

The commission was also asked to choose one of three procurement options for the project, and the majority consented to go with a design-build process, which combines the architectural, engineering and construction services required into a single contractual agreement.

After receiving consensus to move forward with the project, LeCouris said city staff would bring the concept design back to the board for public input before final approval.

Following the meeting, the mayor spoke about moving forward with the long-discussed gateway sign.

“We had consensus on how to go about doing the sign and what we would like to see in the design,” Alahouzos said. When asked about the cost concerns, Alahouzos said he doesn’t believe the commission should cut corners on what should become an iconic feature at the Sponge Docks for decades to come.

“I understand the concerns about the cost, but this is an item that’s going to be there forever,” he said. “So we need to do it right and create something that we can be proud of.”