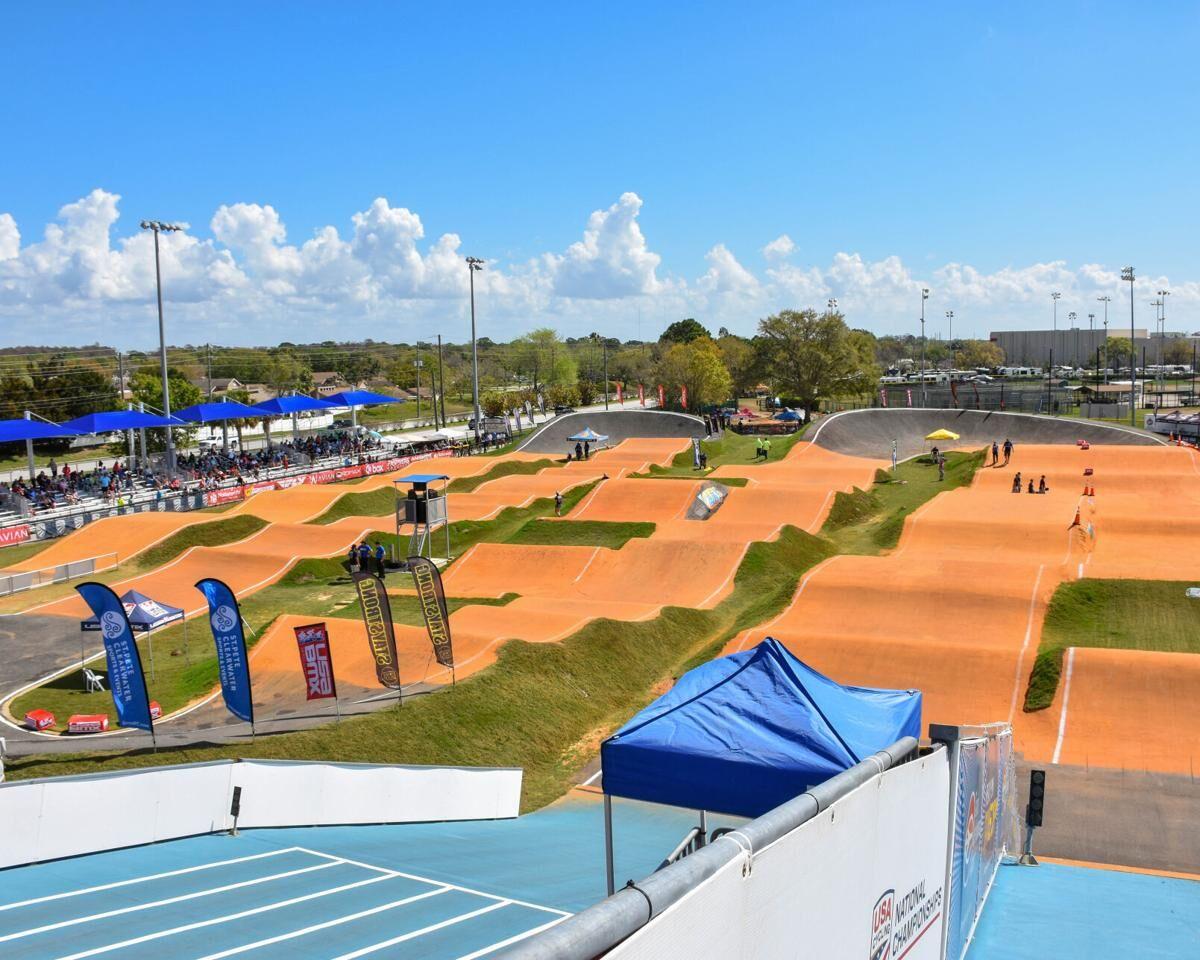 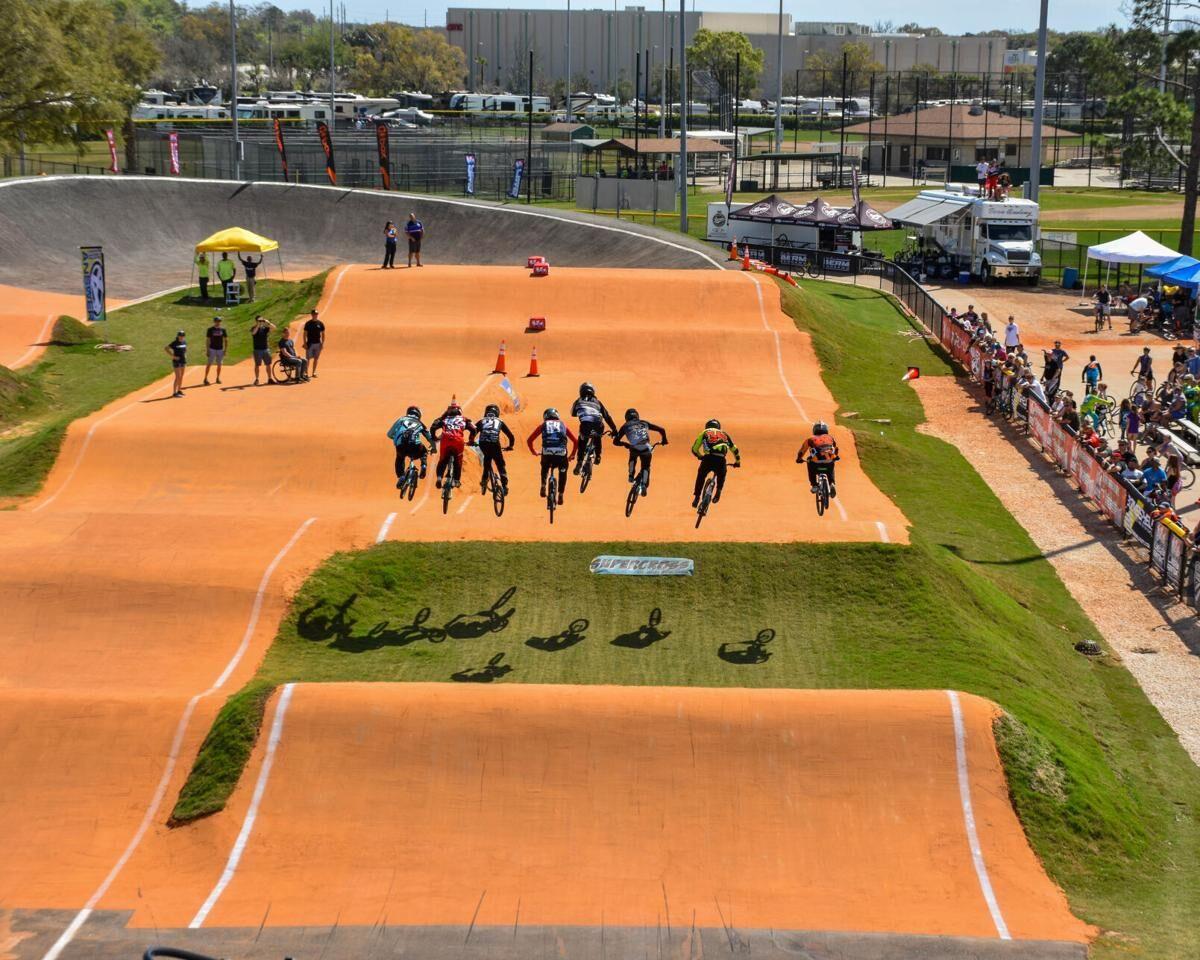 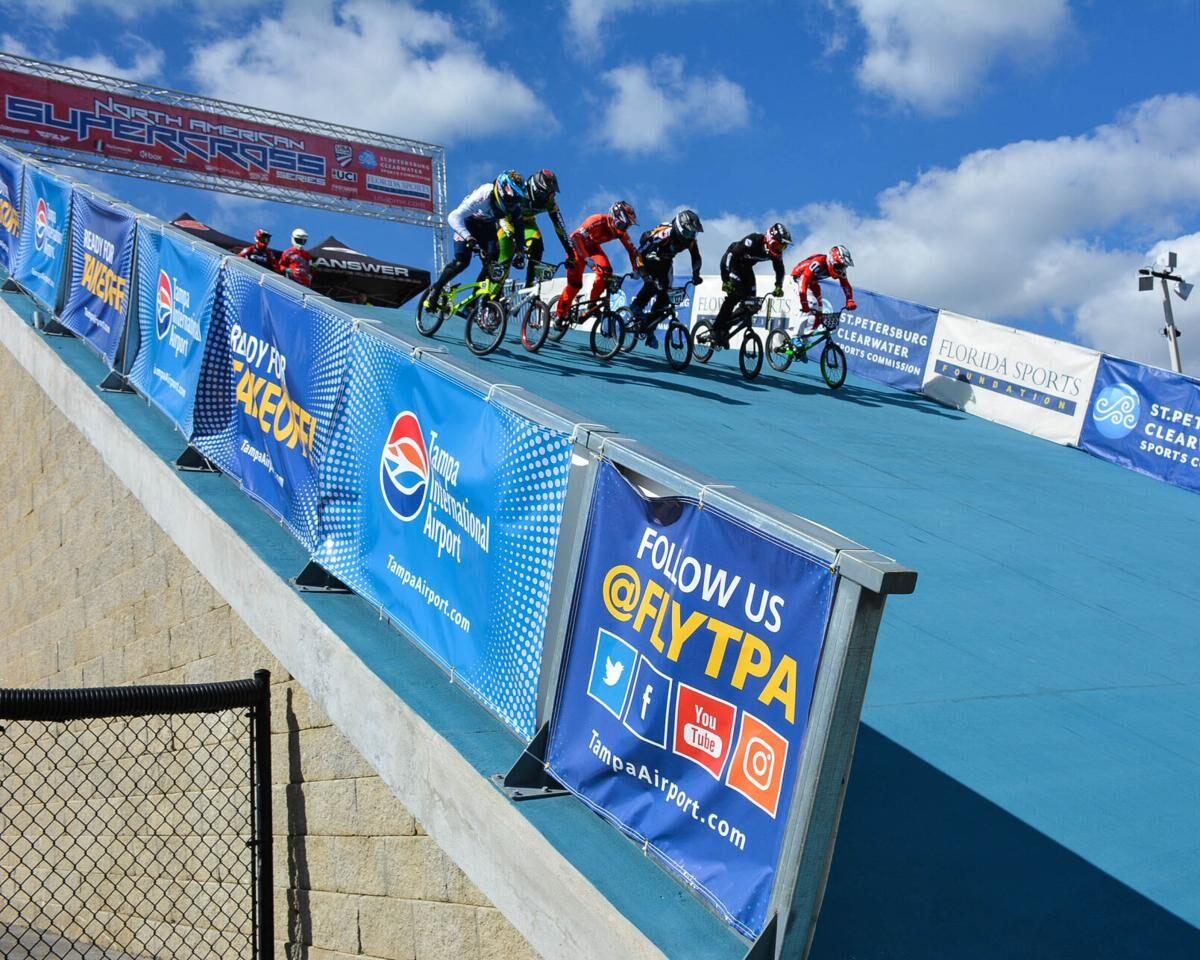 ODESSA — Don’t expect to see competitors whipping around the track in the immediate future, but a proposed BMX facility has the attention of Pasco County commissioners and staff.

Talks between the county and Ride Local Inc., the nonprofit organization interested in bringing a BMX track and bike park to life, began about a year ago. And while the project remains in the conceptual phase, a presentation to the Board of County Commissioners on Sept. 8 provided a glimpse into what could be.

Tarpon Springs resident Delaney Morrison, president of Ride Local, gave a half-hour presentation earlier this month that included a potential site and layout, as well as possible impacts to the local economy and tourism.

The land that’s been pegged for the proposed cycling destination sits just northwest of the State Road 54-Gunn Highway intersection. It’s a 23-acre site owned by Pasco County Utilities and is right between the growing mixed-development communities of Starkey Ranch and Asturia.

“This location off of a major artery in Pasco County … is a phenomenal location to be accessible to the locals and to serve the community well,” Morrison said. She added that it would give the West-Central Pasco area a premier sports and recreation destination after East Pasco just opened its Wiregrass Ranch Sports Campus in Wesley Chapel.

Ride Local is nonprofit formed by area business owners and cycling enthusiasts. Morrison’s husband is a former BMX racer and the owner of J&R Bicycles in Largo. That longstanding Pinellas County business will be moving to Trinity in the next 12-18 months, Morrison said, to a 25,000-square-foot location near the James P. Gills YMCA off Welbilt Boulevard.

Ride Local consulted with members of USA BMX to create a conceptual design for a future BMX track and bike park.

The ambitious 23-acre site would include a fully covered BMX track, complete with bleachers, restrooms and a concessions area. The unroofed features include a pump track for BMX riders, a skateboard park, dirt trails, a full skills course and a playground.

A roofed, 3-acre BMX track would instantly set Pasco County’s facility apart from just about every other one in the country, Morrison said. “There’s only two others like it in the country — DeSoto BMX in DeSoto, Texas, and Duke City BMX in Albuquerque, New Mexico.

“We think this is super important here in Florida given the heat and the rain we have. Not only will it cut down on track maintenance, but we think it will attract a lot more riders when they can’t ride on their local track because it’s rained out or it’s just so hot to be in all of that equipment. We really think that roof will set us apart from being just another BMX track.”

The 3-acre roof would also represent a significant increase to the cost of the facility. Morrison’s Sept. 8 presentation was light on financial details, considering the infancy of the project and no shortage of unknowns. A rough cost estimate for constructing the 3-acre BMX track was $2 million. Topping it with a roof could add another $7 million.

Efforts would be made to seek funding assistance, Morrison said, including partnering with Duke Energy to use the expansive roof to place an array of solar panels. Sponsorship opportunities exist, as well. Houston’s popular BMX destination sold its naming rights to Rockstar Inc., makers of an energy drink. Morrison and commissioners pointed to local health care companies as possible sponsors of a future BMX park in Pasco, specifically mentioning AdventHealth Center Ice in Wesley Chapel.

If the development comes to fruition in Pasco County, it would become the Tampa Bay area’s third — and most elaborate — BMX park.

The others aren’t far off.

Tampa BMX at Lake Park in Lutz is the oldest. Oldsmar BMX, currently closed for repairs to its track, has garnered nationally recognition since opening in 2002.

All three being within a 30-minute drive from each other would not create negative competition, Morrison said. It would be a net positive for BMX community, both local and out-of-area.

“We think that this will really bring in some outsiders here and not just the local community,” she said. “This would be one of the only areas in the country where you would be able to hit that many tracks in a short drive. We could foresee people from all over the state of Florida wanting to come in and go to three different tracks over the weekend.”

To back up that opinion, Morrison’s presentation included slides explaining the expected growth of BMX and cycling. The sport ranks atop a list of the fastest-growing in the country over the next three years, according to research conducted by the Sports and Fitness Industry Association.

“The economic impact for BMX is going to be larger than most other local sports here,” Morrison said. “BMX, because people are known to travel to these types of events, does have a huge economic impact on the area that it’s placed in.”

Financial data from the city of DeSoto, Texas, and its sports and recreation operations in 2018 depict BMX events as being the city’s most lucrative. Hosting the BMX Super Nationals created an estimated economic impact of $1.1 million. Generating the second-most amount of impact was the BMX Texas State Championships, at $735,000. The next six most-impactful events were baseball, basketball and football tournaments, creating an average of about $394,000 in economic impact.

“Those numbers are really high and exciting,” said Commissioner Kathryn Starkey, who has been looking into this project with Morrison and Ride Local for the past year. Starkey added that a facility at that location would be right on the path of the planned Orange Belt Trail, which will connect to other trails, such as the Suncoast Trail.

Starkey isn’t alone in her support for the BMX track and bike park. Commissioners Jack Mariano and Mike Moore said they were encouraged by what they heard, and a pair of county department heads said the project should be further explored.

“The (Tourism Development Council) board is in full support of this, I’m in full support of this and this is a great opportunity for not only our citizens, but to really diversify our product as the Sports Coast and as a destination of sports events,” said Adam Thomas, Pasco County Tourism director. Morrison and Ride Local presented the plan to the TDC board on Aug. 12.

Cost and funding, however, remain the great unknowns.

“The economic impact is strong, the visitation is strong, you have a great partner here with Delaney (Morrison),” Thomas said. “I think it’s a great opportunity for us to really move forward. But funding; obviously everything comes down to funding.”

Keith Wiley, Pasco County director of Parks, Recreation and Natural Resources, added that a project such as a BMX track isn’t in the county’s current master plan or capital plan, “therefore there’s really no funding associated with it in the future.”

It is listed as an “unmet need” in the county, though, Wiley said. “A bike park/BMX track was listed through the workshop/stakeholder process as one of the highest unmet needs in the county,” he said of the master plan created in 2015 and adopted by the County Commission in 2016.

“I do like the concept of a bike park with a pump track and a BMX track, playground and open spaces,” Wiley said. “I think that makes it multifunctional, which ultimately addresses a lot of diverse user groups.”