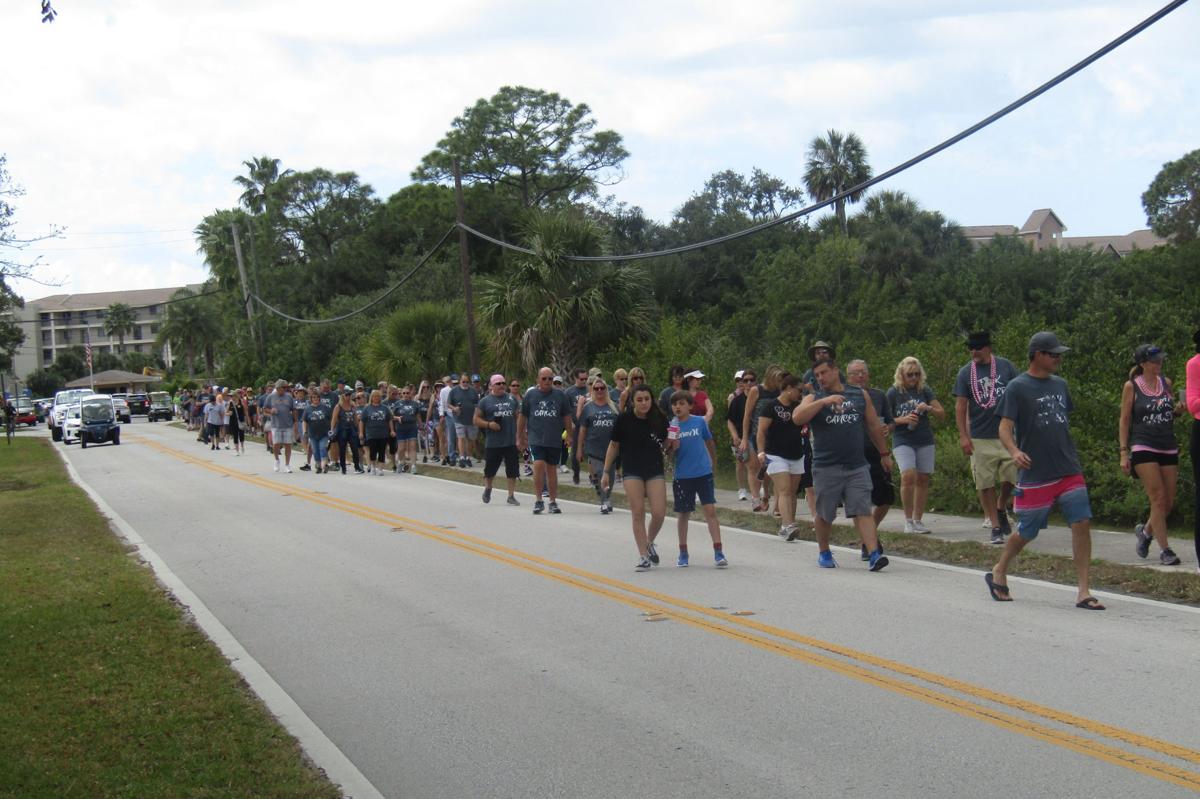 More than 300 participated in the fifth annual “Cancer Crawl” Feb. 16 to raise money for the Moffitt Cancer Foundation for research. 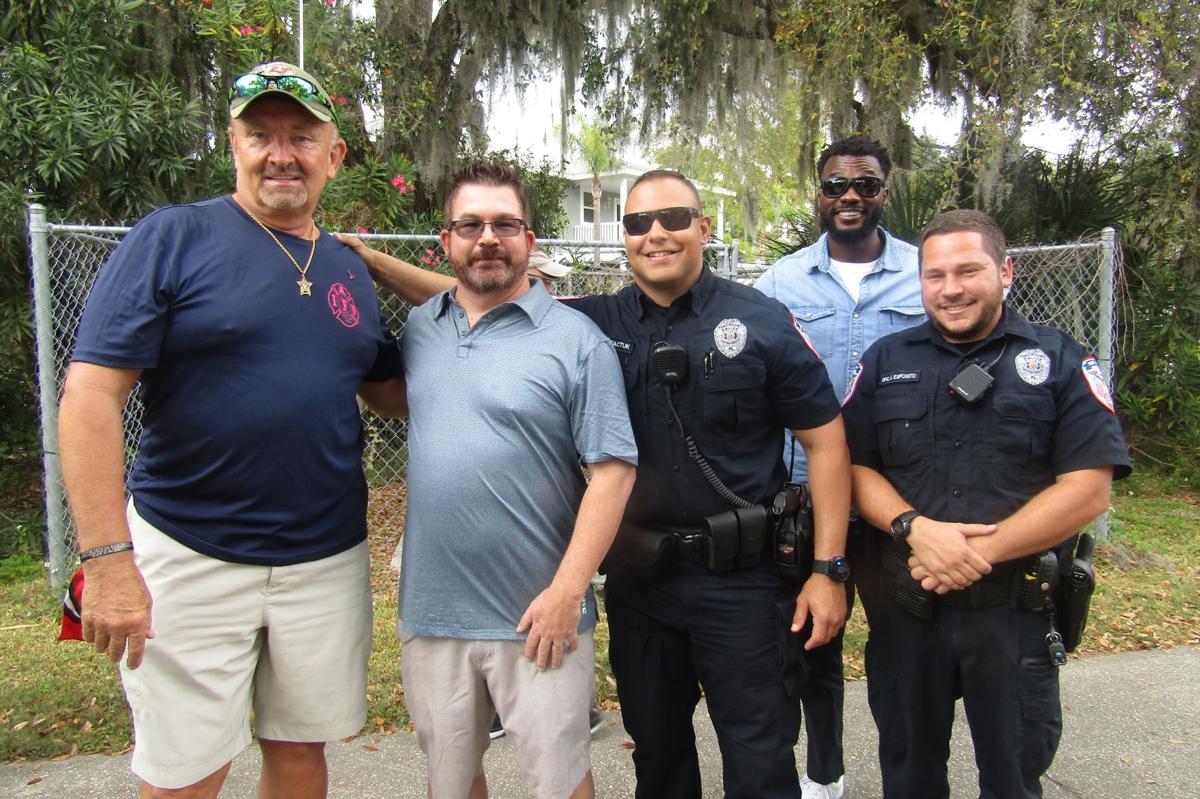 Port Richey Mayor Scott Tremblay, second from left, is joined by a few friends outside his home as he provided a hydration station for Cancer Crawl participants.

More than 300 participated in the fifth annual “Cancer Crawl” Feb. 16 to raise money for the Moffitt Cancer Foundation for research.

Port Richey Mayor Scott Tremblay, second from left, is joined by a few friends outside his home as he provided a hydration station for Cancer Crawl participants.

PORT RICHEY — Kerry Kinsella has become a cancer survivor, and it was her desire to encourage others to win their battles that inspired what has developed into an annual tradition of walking a few miles, having some fun, and helping others along the way.

The fifth “Cancer Crawl” was held Feb. 16, and those few friends who numbered 11 to originally boost the spirits of two friends fighting the disease blossomed to more than 300.

Thee Pirate Bar, on Treadway Drive, between Old Post Road and Bayview Street, was headquarters, and became home base to catch buses for the “crawlers” to be taken to the starting point a few miles away.

“This day was definitely a success,” Kinsella said after the crowd had gathered back at their meeting point. “Before we had even started, we had raised over $10,000 for the Moffitt Cancer Foundation for research. A few of us on the crawl are Moffitt patients.”

Four years ago, a friend of Kinsella’s went in for a hernia repair. Doctors, however, discovered an advanced cancer.

“Another friend then had her lymphoma cancer recur,” Kinsella recalled.

“We were sitting at my first friend’s house and decided to pick a date and walk a mile to what used to be Bootleggers bar,” she said. “There were 11 of us on that walk, then people in the neighborhood started to hear about what we were doing. There about 28 who walked that second year, but a total of 50 people were here.”

Kinsella said she would organize it every year because “it was a day for my friends and having a day to look forward to.”

Those friends began to try giving Kinsella donations during those first crawls, but she turned them down until she could find the best place to which the money could be given.

“So we picked a date for that next year, then I got my diagnosis,” Kinsella said. “The day we picked became three days before my final chemotherapy.”

Kinsella got some shirts made and created a Facebook event.

“So many people wanted to help me, but I had help and support,” she said. “I had good insurance and a job that was very supportive.”

She then started a fund at Moffitt to help patients get “cold cap therapy,” which Kinsella says is very expensive and not covered by insurance, to help prevent hair loss.

“I was fortunate to afford it, but I thought about women who couldn’t and had little children and the effects it might have on their jobs,” Kinsella said. “We raised $7,500 just doing nothing.”

The crawl got back into full force last year raising $15,000.

Even Port Richey Mayor Scott Tremblay got into the act. The mayor’s home was the halfway point of the crawl, and Tremblay was out front with hydration supplies for the crawlers.

“There is a lot of love in this community, especially for this type of event where you are talking about supporting the fight against cancer and cancer patients,” Tremblay said. “It’s an important thing for the community to band together and support them. What you see here says a lot about Port Richey.”