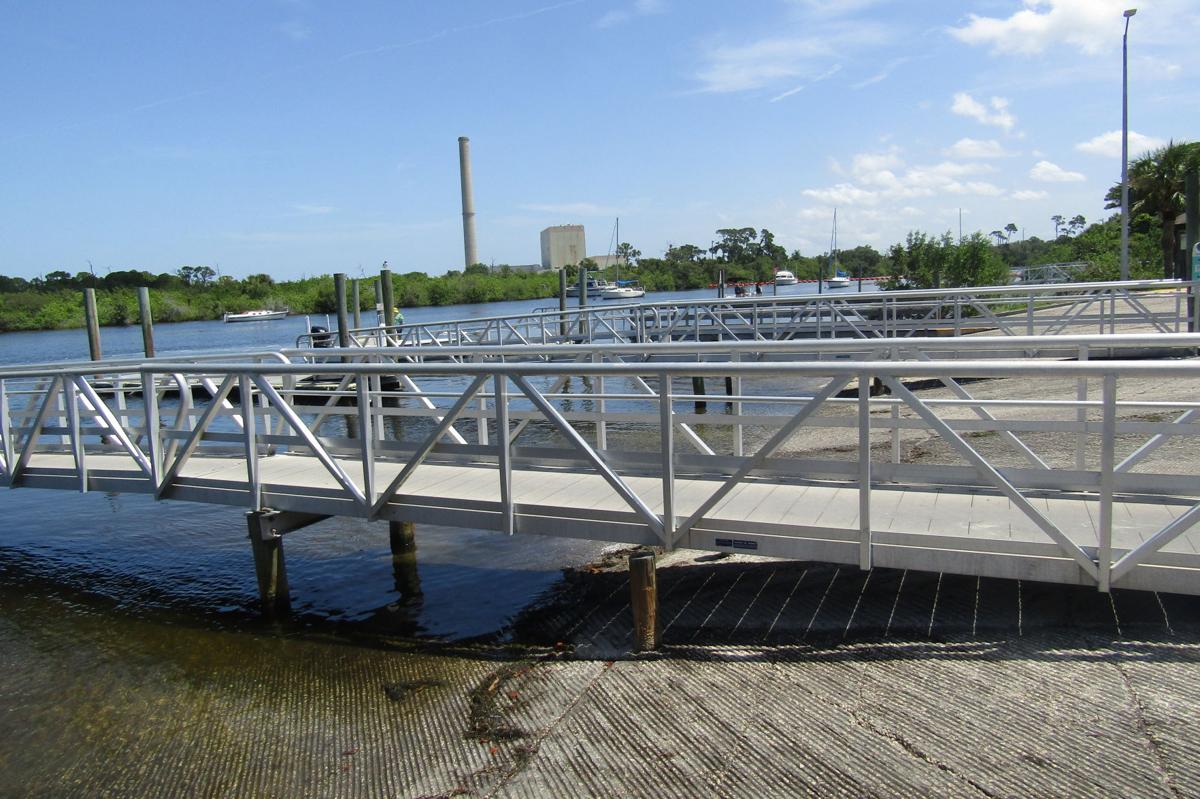 Traffic access to the Anclote River Park boat ramps are online to receive a major upgrade as a result of the land swap between Pasco County and Duke Energy. 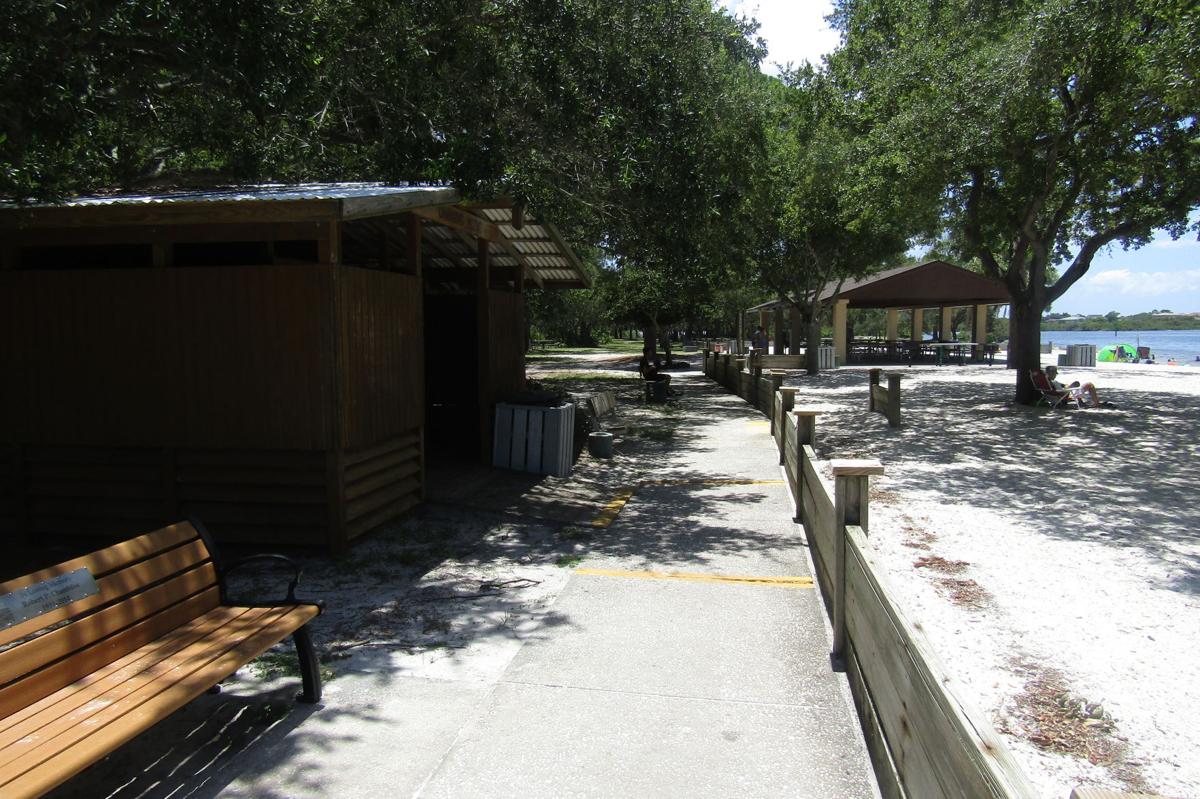 Visitors to Anclote River Park will be seeing improvement to public facilities as part of the county’s plans for upgrading the park.

Traffic access to the Anclote River Park boat ramps are online to receive a major upgrade as a result of the land swap between Pasco County and Duke Energy.

Visitors to Anclote River Park will be seeing improvement to public facilities as part of the county’s plans for upgrading the park.

NEW PORT RICHEY — Pasco County officials say its just a matter of getting signatures on a contract to start the planning process that will lead to the enlarging and renovation of one of the area’s most visited parks, especially among boaters and anglers.

The Pasco County Commission gave formal approval on June 9 to an agreement that will convey 43 acres of land adjacent to Anclote River Park.

Duke Energy Florida has agreed to convey a 29-acre parcel, along with an additional 14 acres of land, to the county in order to “improve and expand park and boater amenities” at Anclote River Park.

In return for the land from Duke Energy, the county has agreed to convey 75 acres to the St. Petersburg-based utility that will allow for future substation expansion or use by the electric utility as a laydown yard or storage area.

Because of the difference in the values of the two properties involved, the agreement allows for a $400,000 credit towards a wastewater project that includes a sewage pump station and a force main. It will be constructed by the county within the adjoining Duke Energy site pursuant to a separate proposed agreement between Duke Energy and Pasco Utilities Department. That agreement has yet to come before the County Commission for approval.

The county will pay $2 million in compensation to Duke Energy, payable at closing, as an additional consideration for the land exchange, less a credit of $150,000 from Duke to cover the county’s costs associated with the realignment of its Coastal Anclote Trail due to the exchange.

According to Rene Brown, natural resources manager for the county’s Parks, Recreation and Natural Resources Department, the county estimates there are approximately 40,000 visitors to the park’s boat ramps every year.

That number does not include visitors to the park itself, which is a number the county does not track, she noted.

Details on exactly what is to be done at the park are waiting on the land exchange to become official. Brown said, however, parks officials have already been brainstorming what to do with the park that she confirmed is one of the most visited within the county’s park system.

“We are really pleased by the opportunity because it secures a major boating access point for the citizens of Pasco County,” Brown said. “But, we are also planning a conceptual redesign and analysis to improve the flow of traffic and improve the efficiency of using the boat ramps.”

She said those ideas are in place and once the agreement is finalized, “we will be able to do something to that effect.”

Since the agreement is only days old, Brown said, due diligence work, including getting the property surveyed, is now in its early stages.

“Once the deal actually goes into effect, then we will have the opportunity to work on the redesign and boat ramp analysis,” she said. “We are expecting to have additional parking, wider lanes, and a designated entrance [to the boat ramps] that will be separate from the park. That will all be in addition to anything that will improve traffic flow.”

Brown said there is not a number the department has in mind as it contemplates adding more boat ramps to the park.

“We just want to see what can be done by improving the flow and once that is done, see what additional capacity is needed and will the space allow,” she said.

Brown said Anclote River is one of the county’s designated “passive” parks, meaning park officials “will want to keep its natural resources intact if possible.”

“We will be protecting much of the natural state of the land,” she said. “That’s part of the park’s appeal.”

Brown said the plans will include upgrades to the park’s restrooms and other public facilities.

As part of the land swap, Brown said, the exchange includes park land for “land across the street.”

“There was already a plan for the Coastal Anclote Trail realignment to go through part of that property, so we had to realign in order to make sure it did not go through the part we would be swapping with Duke,” Brown explained. “It is just a small portion of the trail, but it had to be realigned. We are quite happy with the design. Our regulatory biologists walked the realignment to try to minimize the impacts to anything sensitive. We tried to make sure the alignment made sense and would be something the public would enjoy and not impact anything negatively.”

Brown said once the plans are finalized, funding sources will be more into focus as well.

“I imagine it will be a combination of local funding and perhaps some grants,” she said.

Brown estimated completion of the Trail realignment to be completed by next fall.

“For us, as soon as the agreement is final, we will get started on the redesign right way and plan accordingly from there. We know it is a priority area for the public,” she said.