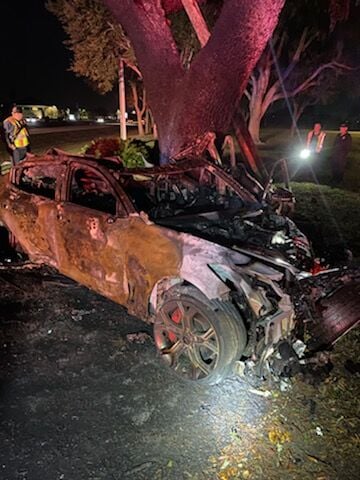 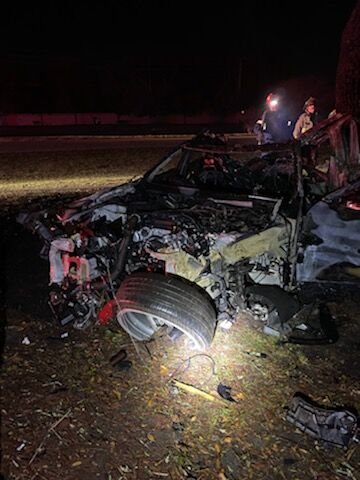 TRINITY – Pasco County Fire Rescue reported a fiery accident on Little Road near the intersection of Kish Boulevard Monday night that resulted in a victim being helicoptered to an area hospital.

According to an 11:04 p.m. Twitter post by Pasco County Fire Rescue, the crash required northbound lanes of Little Road to be closed to traffic. The tweet stated that first responders pulled a victim from a burning vehicle and that the victim was then flown to Tampa General Hospital.

The Florida Highway Patrol assisted in the response and reported the victim to be a 32-year-old female from New Port Richey. She was listed in critical condition.

FHP reports state that no other vehicles were involved in the accident. The sedan was traveling northbound on Little Road near the entrance to Generations Christian Church when it lost control for unknown reasons. The vehicle rotated to the east shoulder and collided with a stop sign, overturned, then collided with a wooden electrical pole and tree before coming to a final rest and catching fire.

The intersection of Little Road and Kish Boulevard is south of Mitchell Boulevard and north of Trinity Boulevard.