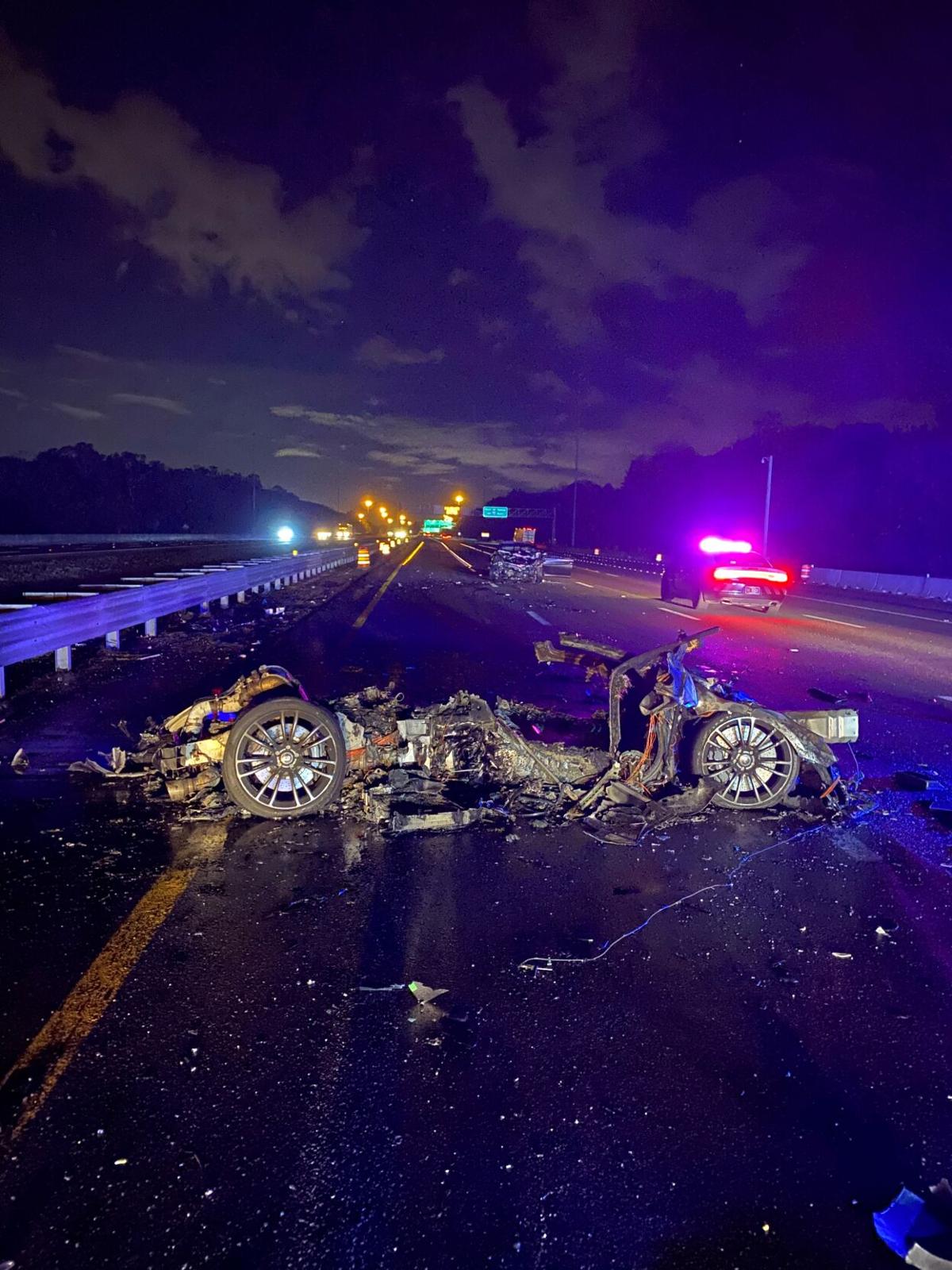 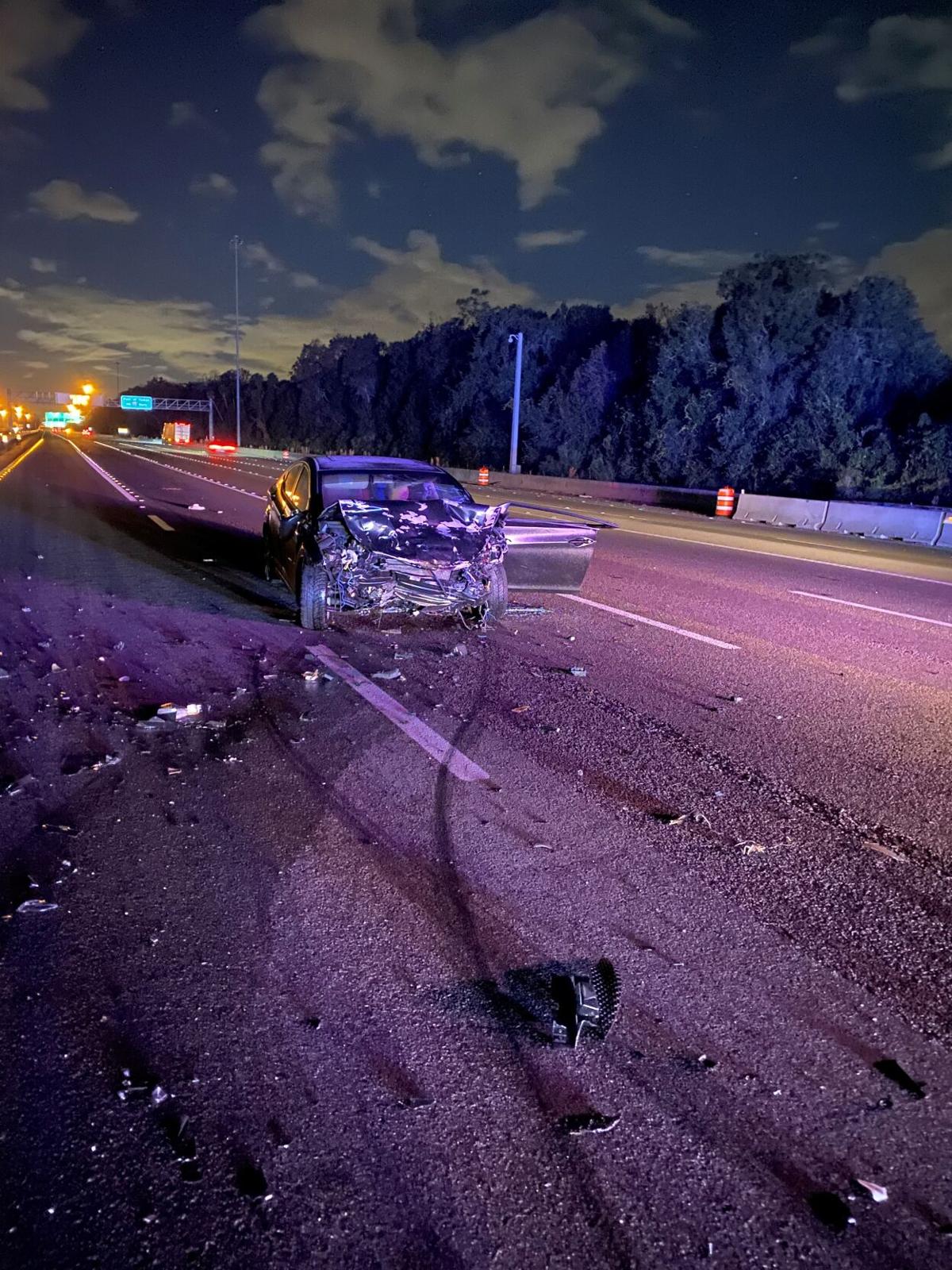 WESLEY CHAPEL – Two motorists suffered serious injuries in an accident on I-75 when one vehicle suffered a left-front tire blow out.

The Ocoee female’s vehicle suffered the tire blow out and lost control, traveling across all southbound lanes and colliding with the median guardrail. The vehicle rotated back into the inside lane and was struck by the Zephyrhills man’s car. The Ocoee woman’s car was propelled backward and again collided with the guardrail, rotating to final rest in the inside lane and catching fire.

The Zephyrhills man’s car rotated to final rest in the center-inside lane.

FHP reported that both drivers were airlifted to area hospitals with serious injuries.