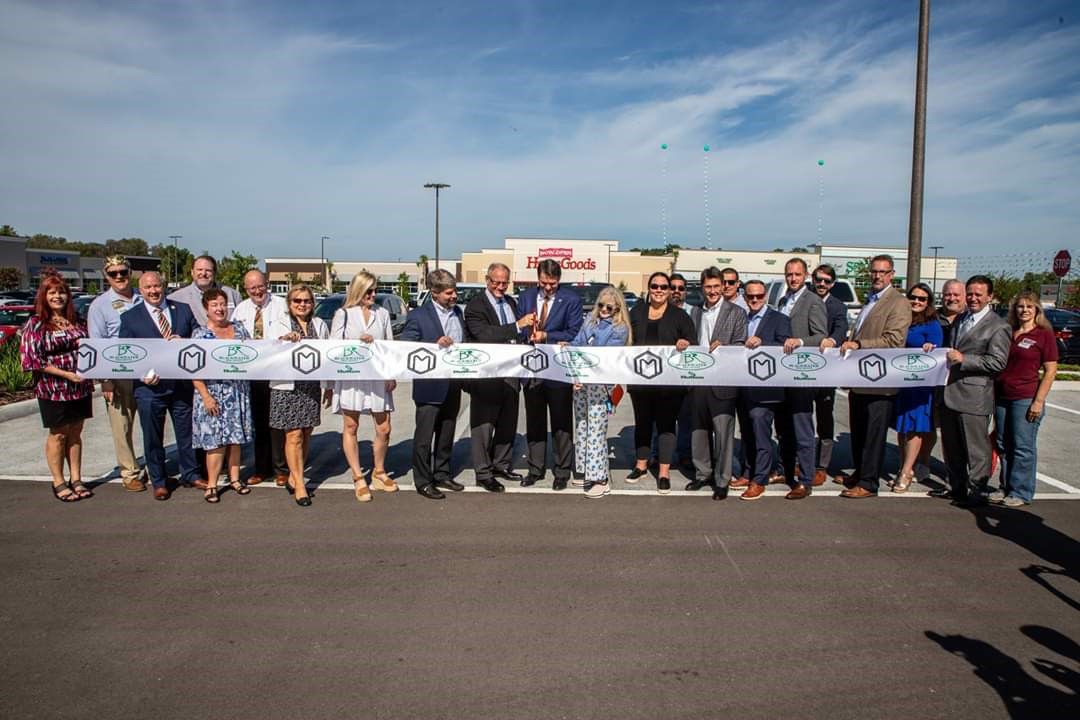 Developers and local officials cut the ribbon to bring the new Village at Mitchell Ranch to life at grand opening festivities July 31. 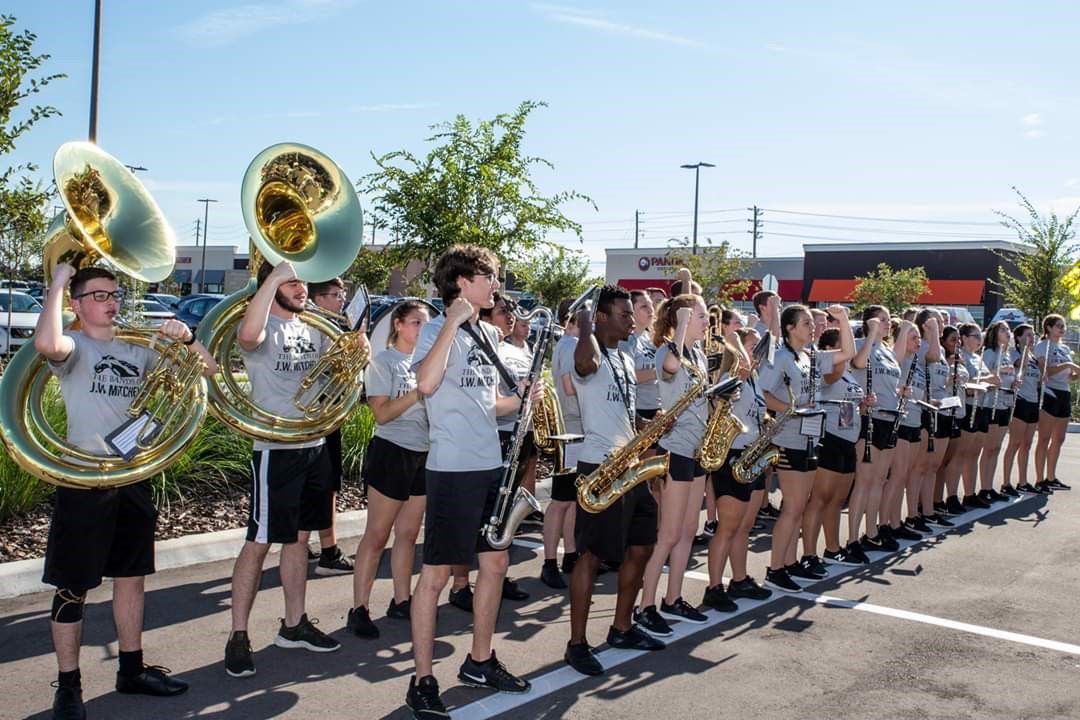 Members of the J.W. Mitchell High School Band served up the music in large portions during The Village and Mitchell Creek grand opening ceremonies July 31.

Developers and local officials cut the ribbon to bring the new Village at Mitchell Ranch to life at grand opening festivities July 31.

Members of the J.W. Mitchell High School Band served up the music in large portions during The Village and Mitchell Creek grand opening ceremonies July 31.

TRINITY – Hundreds lined up early July 31 to visit the new Sprout’s grocery outlet at the new Village at Mitchell Ranch, which had its official grand opening and ribbon cutting just a few hours later.

Pasco County’s newest retail destination held a big party with project developers, local officials and many who will now make the location there central shopping destination. Some of the businesses had already begun greeting customers by opening their doors a few weeks earlier.

The musical accompaniment for the occasion was provided by members of the J.W. Mitchell High School Band.

Located at the intersection of Little Road and State Route 54, Village at Mitchell Ranch has 22-acres and 165,000 square feet of new shops that will eventually settle into the Trinity address.

The retail center is a joint development project of Birmingham, Alabama-based Blackwater Real Estate and Hutton, a commercial construction and real estate company in Chattanooga, Tennessee.

HomeGoods, ULTA Beauty, youth-oriented retailer Five Below and Burger King have already proved to be a draw for shoppers as they were the first four of the 24 tenants which are committed to the project.

The new shopping plaza was once a part of the W.H. Mitchell estate and ranch. The center was named in honor of the family’s prominence and contributions in the region. The family patriarch, William Harry Mitchell, who was known as Jack, once had extensive land holding in Pinellas and Pasco counties.

“We’re thrilled with the opportunity to develop another corner of the Mitchell family property and to once again partner with Pasco County on another highly successful retail and lifestyle development at this prominent location,” said John Abernathy, president and CEO of Blackwater Real Estate.

“The enthusiasm and commitment of the entire team paved the way for this project to come to life,” said Hutton President and CEO Karen Hutton. “We are proud to be a part of the team that will bring many leading retail shops and restaurants to Pasco County to serve this rapidly growing area.

The July 31 opening served as the precursor to a windfall of new shops at The Village with 20 more now scheduled to be open for business by December.

Specific opening dates for those business have yet to be made available for publication.