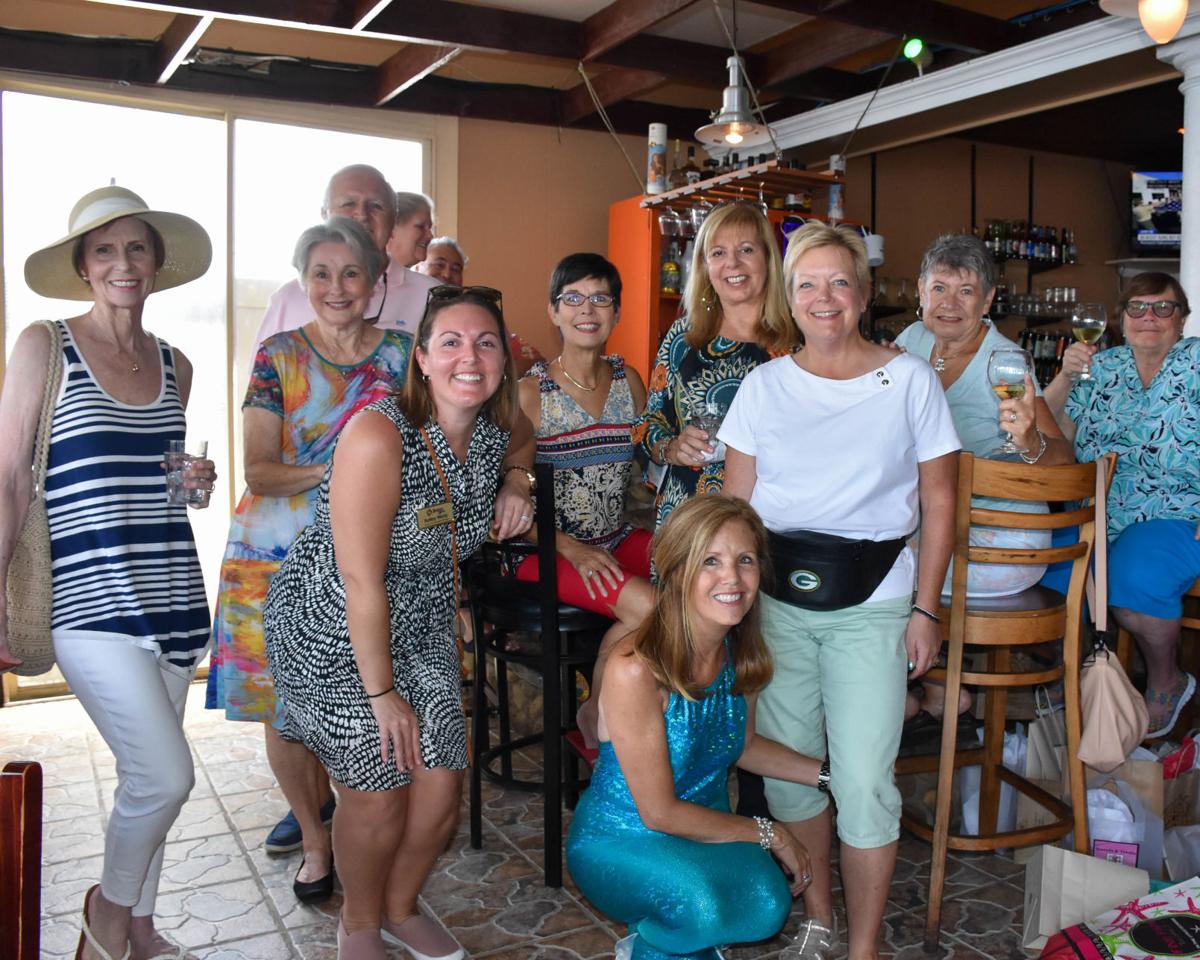 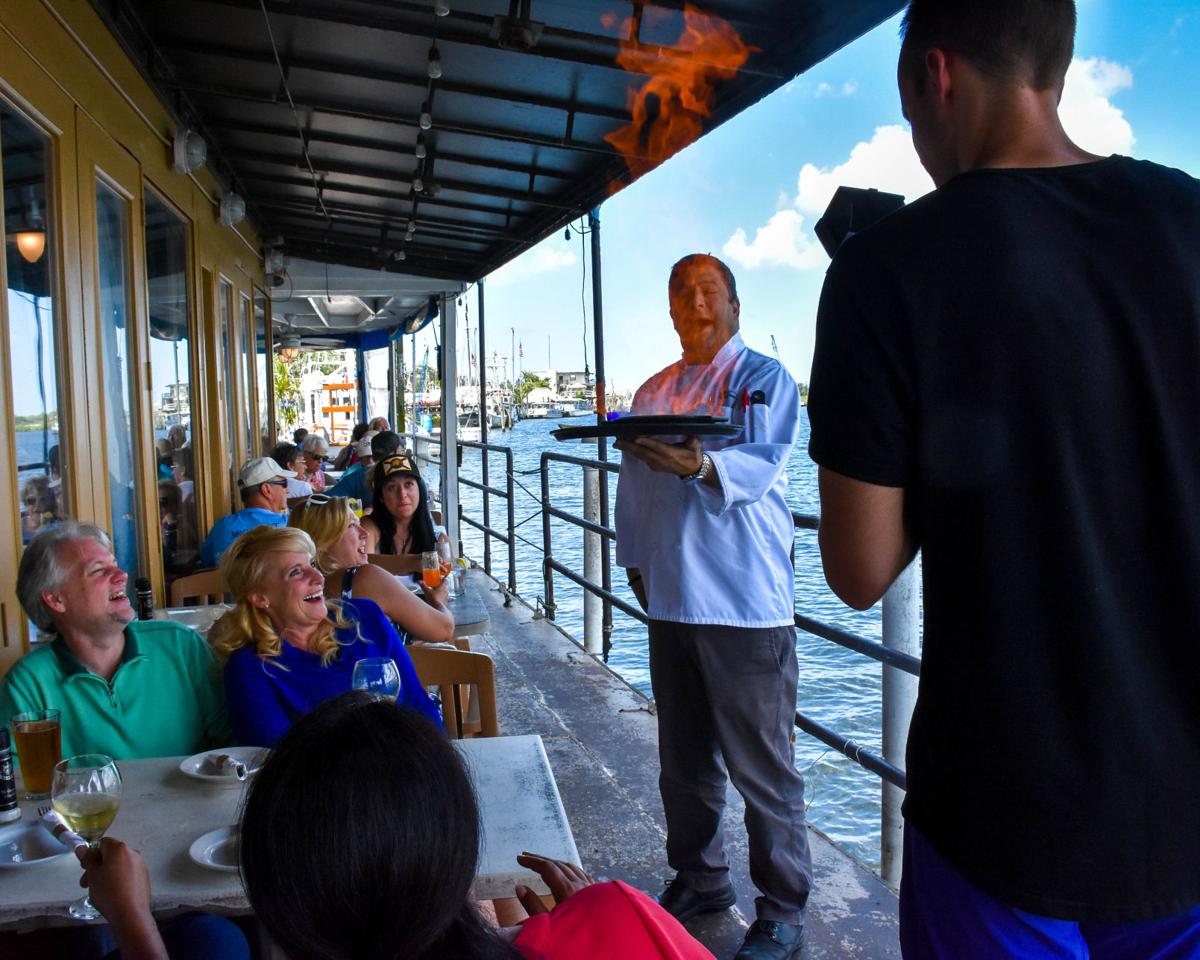 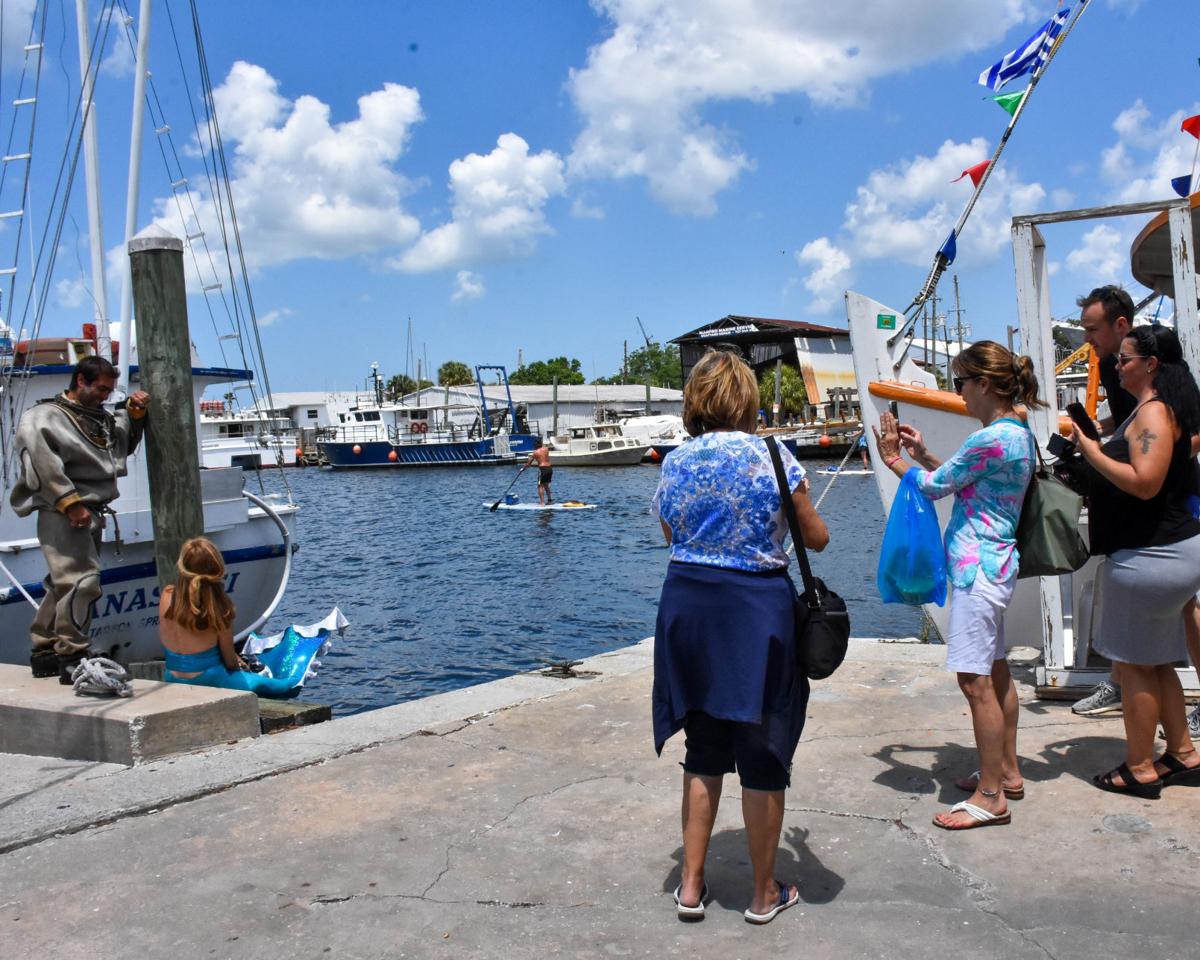 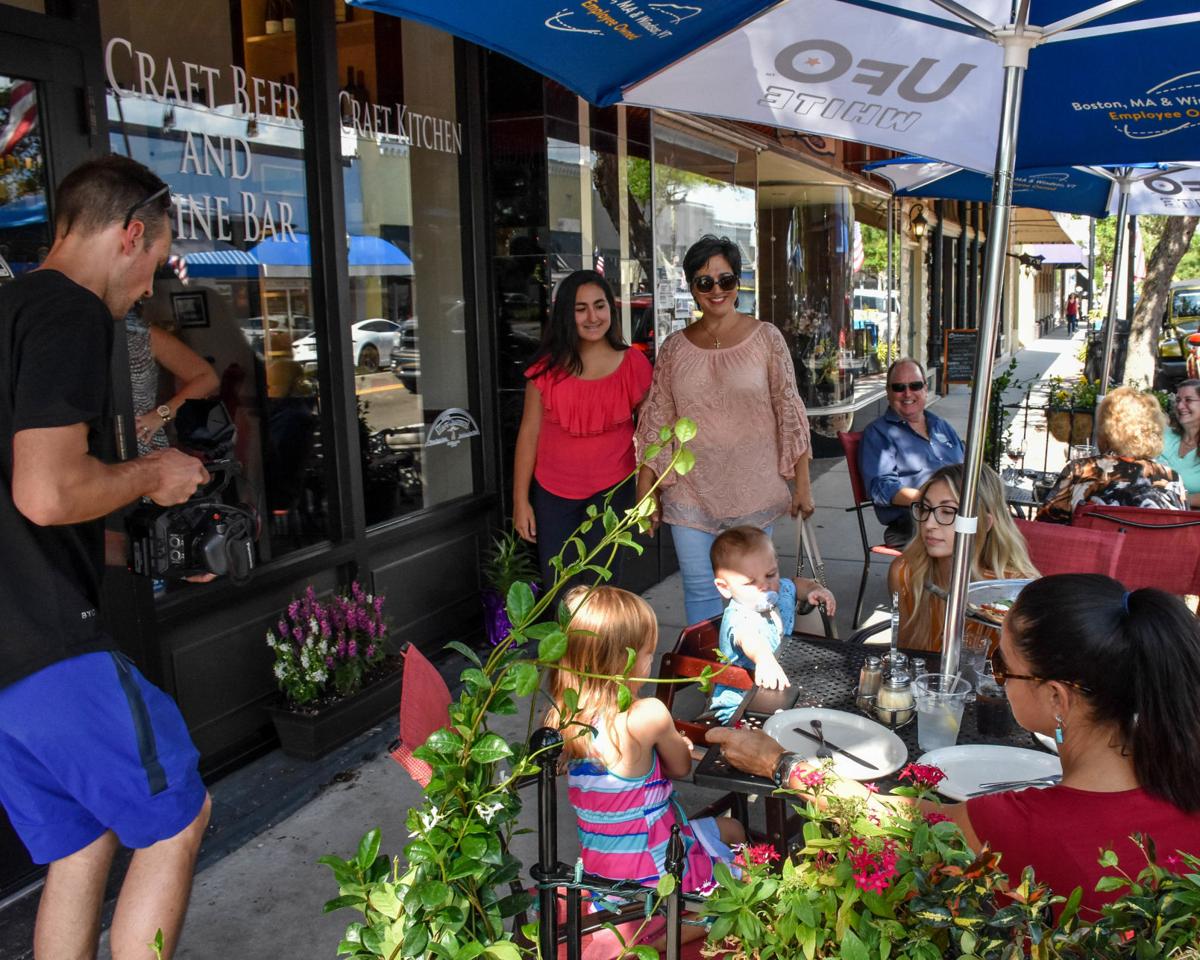 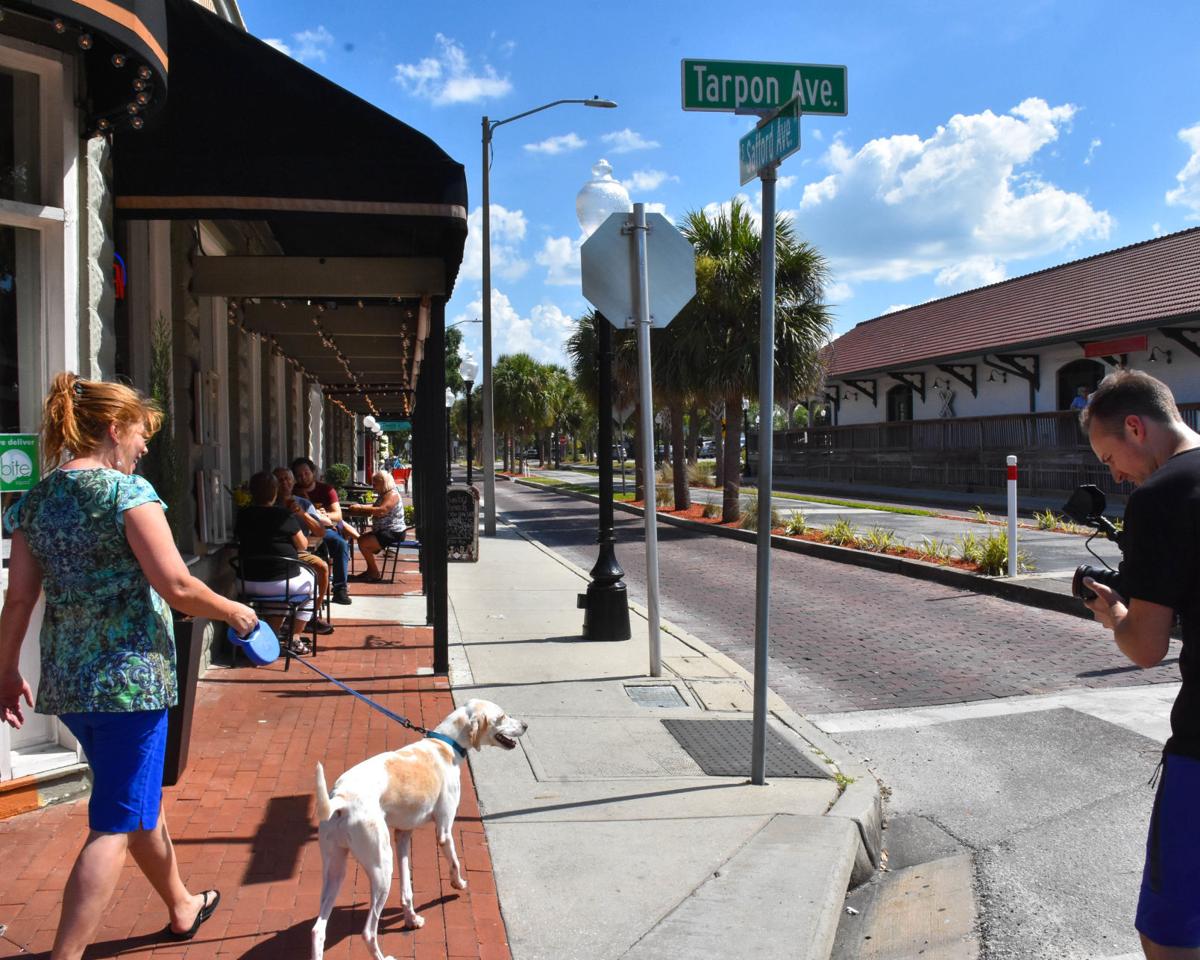 TARPON SPRINGS — For one day last week Tarpon Springs was transformed into Tinseltown when a production company from Orlando shot a tourism video on Tuesday, April 30.

Production house Waymack and Crew filmed at the Sponge Docks, the splash and dog park and the historic downtown district, among other locations, and director James Bobo incorporated dozens of locals in the 90-second spot, part of the city’s new $30,000 marketing campaign, Explore Tarpon Springs!

According to Economic Development Director Karen Lemmons, the video could be a key component in bringing visitors to Tarpon.

“Our hope is this is a springboard for our larger campaign to bring tourists to the city,” Lemmons said. “We plan to use it on our city website and the Explore Tarpon Springs website as well as on social media, and we should be able to use it as a television ad once we edit it down. So, we think one day of shooting is going to go a long way, because we should be able to use this video for several years.”

“I’m thrilled with the business owners and residents for their participation. We truly couldn’t have done it without them.”

While the long-term economic impact of the video is still to be determined, there was no questioning the effect the one-day shoot had on a quiet weekday afternoon starting at Dimitri’s on the Water, the waterfront restaurant located at the center of the Sponge Docks, where roughly 25 “extras” showed up for a four-person waterfront dining scene.

Following his star making turn, Salivaras spoke about the video.

“I think it’s great. It’s awesome. I think it’s something we need to do more of,” he said. “Once people see us once, they love our town. We have a lot to offer in Tarpon Springs. People just need to find out.”

Asked how it felt to participate in the video, Van Horn said, “I loved it. It was fantastic. So fun.”

Outside on the docks, Bobo filmed crowd shots along iconic Dodecanese Boulevard, where a mermaid and a sponge diver happened to be relaxing in front of some boats docked along the scenic Anclote River.

“It doesn’t get any more Tarpon Springs than this,” Lemmons said as Mrs. Tarpon Springs, Tina Kycynka, and longtime dock staple Frank the Sponge Diver posed for Bobo in front of a crowd of onlookers.

After hitting the splash-dog park to showcase the many acres of greenspace in Tarpon Springs, the crew wrapped up the shoot downtown, filming at the Tarpon Tavern, Tuscan Sun Italian Bistro, Backdraughts Pizza and Orange Cycle Creamery as well as in front the historic Train Depot and inside the Replay Museum arcade.

Again, the business owners were extremely accommodating, dishing out free food including pizza, ice cream, burgers and wings; the arcade owners even opened the doors and let everyone play for free despite being closed on Tuesdays.

The level of cooperation and participation from the merchants and the residents did not go unnoticed.

“I’m thrilled with the business owners and residents for their participation,” Lemmons said. “We truly couldn’t have done it without them.”

As Bobo wrapped up the day taking drone shots of St. Nicholas Greek Orthodox Cathedral, Craig Park and Spring Bayou the extras began to disburse, still floating on the feeling of being a video star, just for a day.

“It was fun to be a Tarpon Springs ‘celebrity’ for a day with so many of our fellow residents,” recent Tarpon Springs transplants Scott and Bunni Lefebvre said via email. “We loved that as part of the photo shoot, citizens of the community were highlighted—not a bunch of actors with no connection to the community.

“One of the reasons we relocated to and love Tarpon Springs is there is always something going on, something to do,” they added. “The government officials, merchants and citizens are welcoming and always ready to ensure that our out-of-town visitors have the best experience possible, and this day was proof of that.”